At the Farmers' Market this time, we bought (amongst other things) this pack of four skinless, boneless Pheasant breasts. At £5 for just over 450grams of high-quality meat, I thought this represented very good value, and game such as pheasant is at its best at this time of year. 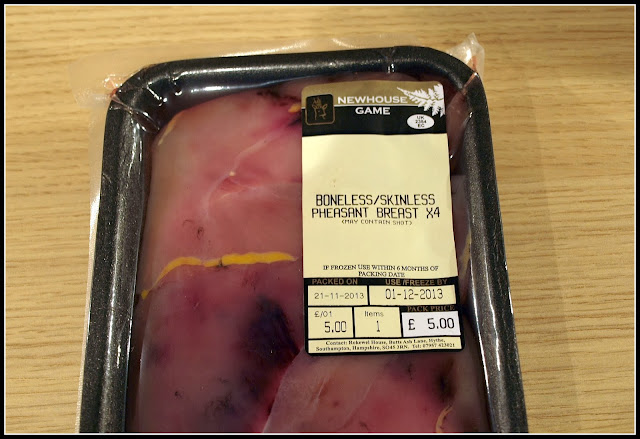 This meat formed the basis for a scrumptious meal: pan-fried Pheasant breasts with Cavolo Nero, in a creamy Calvados sauce, ser﻿ved with Potato, Celeriac and Leek boulangere. 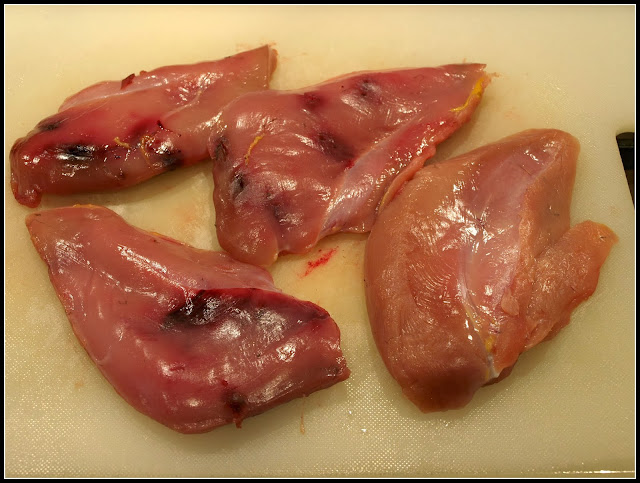 Method
Start the boulangere about 90 minutes before serving-time.
Heat the stock to boiling-point.
Layer the sliced vegetables into a shallow ovenproof dish, with a layer of potatoes on the top; season with salt and pepper and add enough stock to cover the veg.
Cover with foil, place in oven and cook at medium heat (approx 150C) for about 60 mins, or until tender.
Add a little boiling water if the stock reduces too much.
Temporarily remove from oven, discard the foil and dot the top layer of veg with small knobs of butter.
Return the dish to the oven for approx 30 mins, during which time the buttery potatoes will brown. 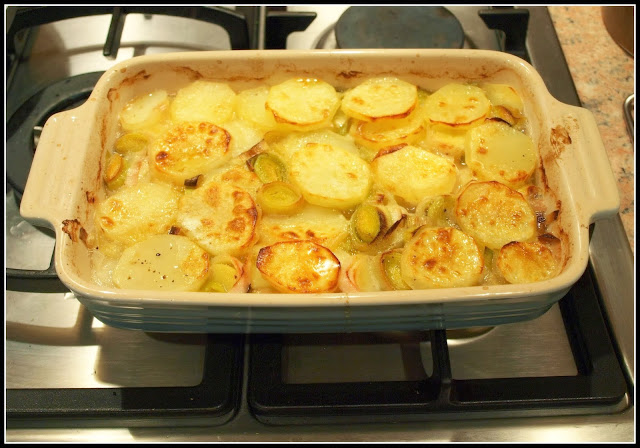 Approximately 10 minutes before serving-time...
In a large frying-pan, gently soften the diced shallot in the vegetable oil.
Add the pheasant breasts and cook for approx 7 minutes, turning occasionally. [Less if the breasts are small or sliced thinly.]
Pour in the cream / Elmlea and bring to the boil.
Add the Cavolo Nero and cook for a further minute or two, during which time the Cavolo Nero will wilt. 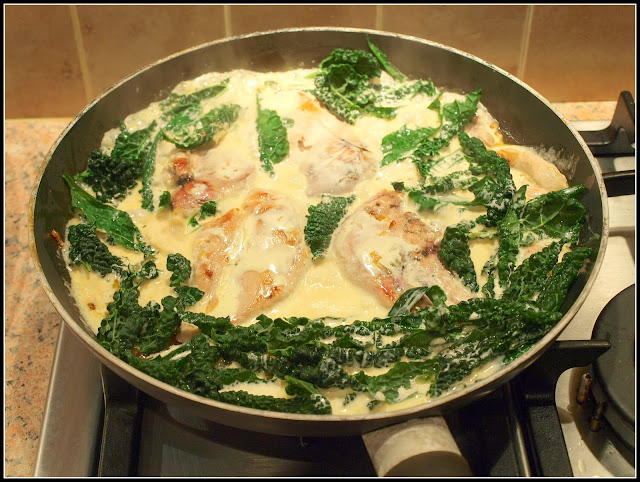 Turn the heat right down, add the Calvados, and stir in until fully incorporated.
Season with salt and pepper.
Serve, garnishing with chopped Parsley: 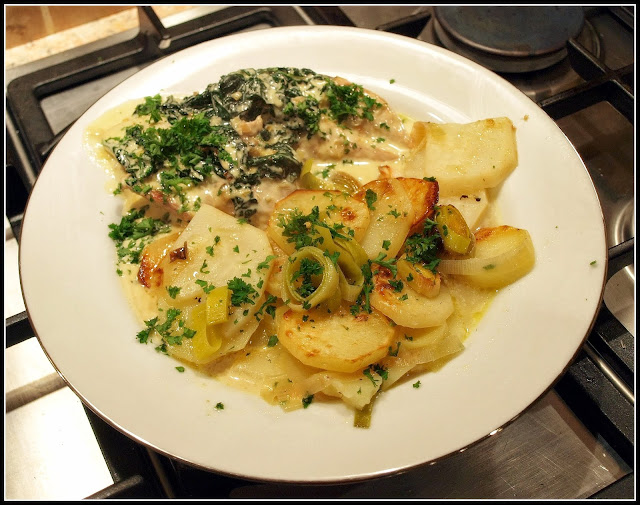 I'm afraid my photo of the finished dish doesn't do it justice! It looks too messy. I'm always in too much of a hurry to get stuck in and eat what I have cooked. I could arrange it prettily and make it look photogenic, but...

Seriously, the meal really did work well, and there was so much of it. The pheasant breasts were a lot bigger than I had expected. To be honest, one each would have been plenty, but we had two! That £5-worth of meat could have fed four people quite comfortably. I felt that the addition of the Calvados made the creamy sauce just that little bit more special too. I think perhaps if I made this dish again I would add some segments of dessert apple, caramelised to give them some colour. Another appropriate finishing touch would have been a spoonful of Cranberry sauce, or maybe some of my homemade Hedgerow Jelly.
Posted by Mark Willis at 12:00