These days I have taken to growing a selection of various Radicchio or Chicory plants during the Autumn and Winter, because they tend to be much hardier than most other salad ingredients. This year, the space for growing Radicchio became available a bit later than I would have wished, but nonetheless I have quite a few of them that look promising. This one is "Firestorm", which will hopefully go on to produce a tight heart of deep red leaves with bright white veins. 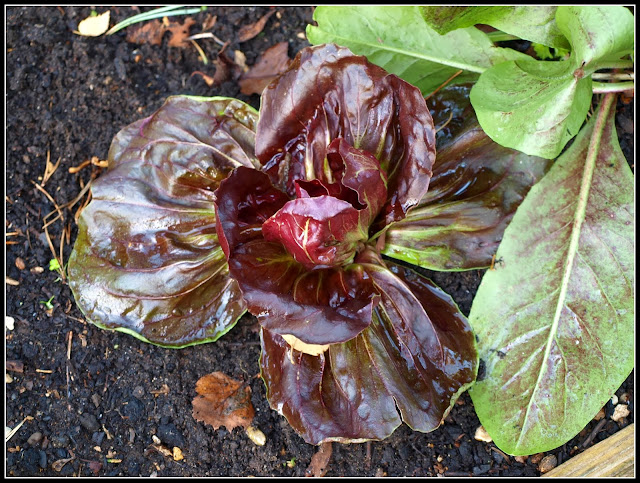 ﻿
Most of my chicories this time are from a mixed pack, so I can't be sure what variety they are. However, I recognise that this one is a "Treviso" type, which typically has long pointed leaves and doesn't form a heart: 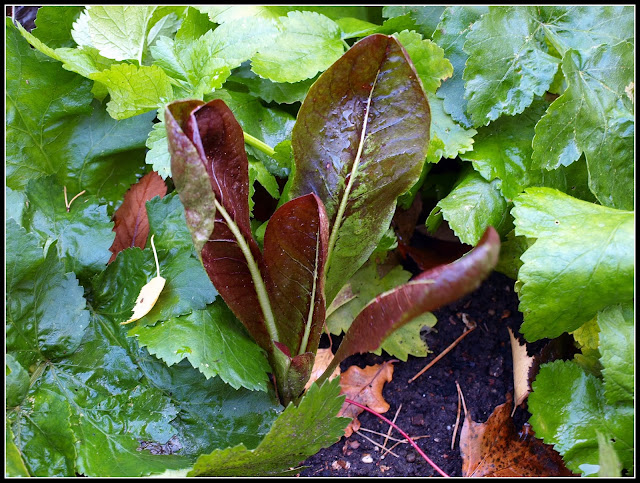 This one also looks similar: 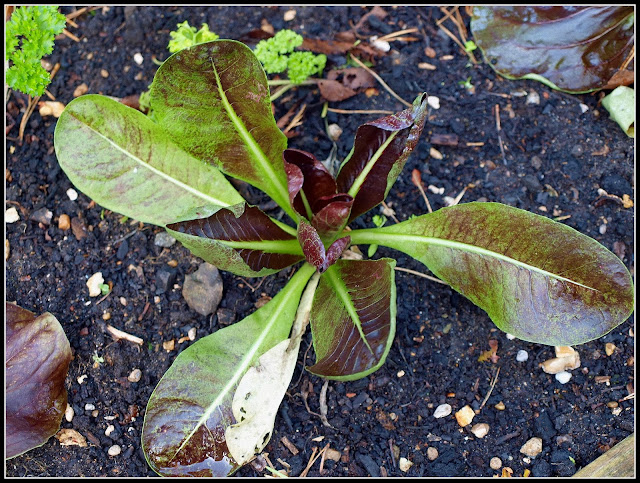 ﻿
I'm not sure what this one is, but it's evidently different to the ones above: 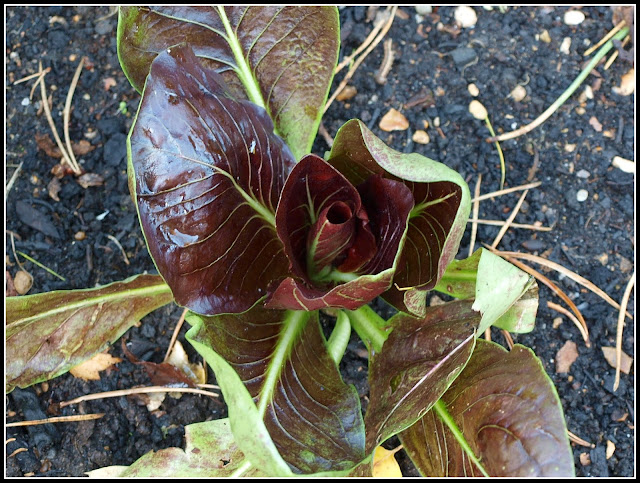 The Endives are mostly a bit further advanced than the Radicchio, though they were sown at the same time. This is a curly one (type not known): 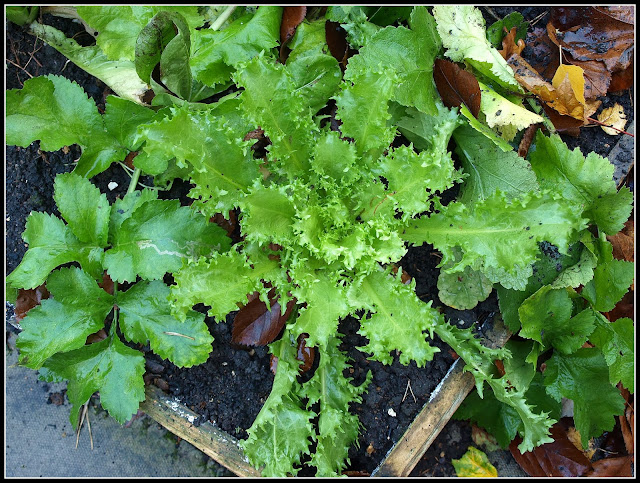 ﻿
Whereas this one is a broad-leaved or "Scarole" type: 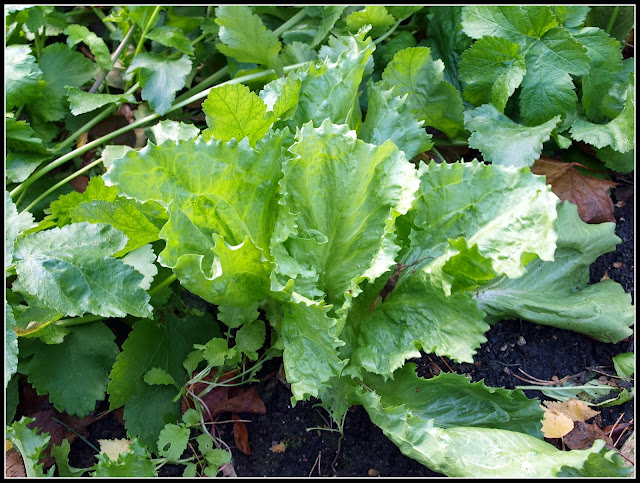 And what is this one? I believe it may be an Italian chicory called "Catalogna", but then again I might be wrong! 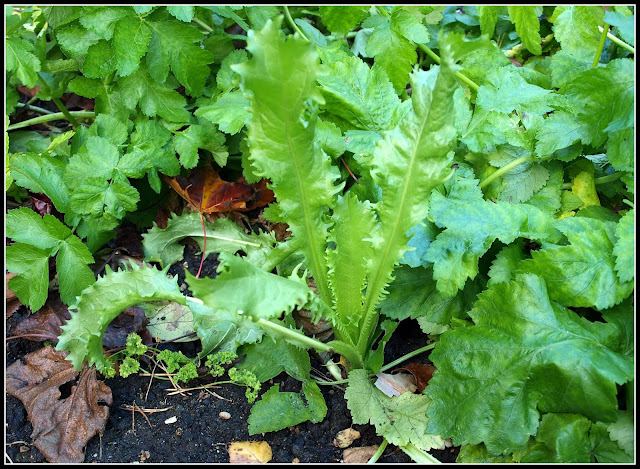 ﻿
I sowed many more chicories than I thought I would need, so I ended up with loads of spares. It seemed a waste to chuck them away when they are perfectly good, so I have put about a dozen of them into the raised bed where the Runner Beans used to be. Since they are only small I have given them a bit of protection: 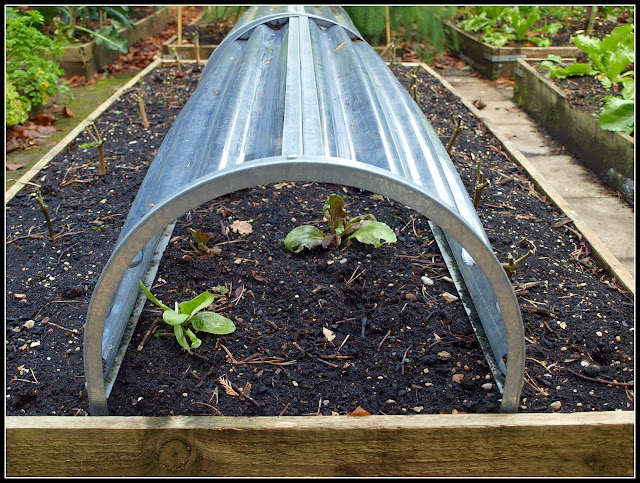 So, barring disasters, it looks as if we should be OK for salad items for some while to come.