I know next-to-nothing about wild fungi, but I like photographing them. On the other side of the road to our house there is a patch of spare ground shaded by Silver Birch and Scots Pine trees. It is a place where lots of fungi grow. This week there has been a sudden flurry of new arrivals. 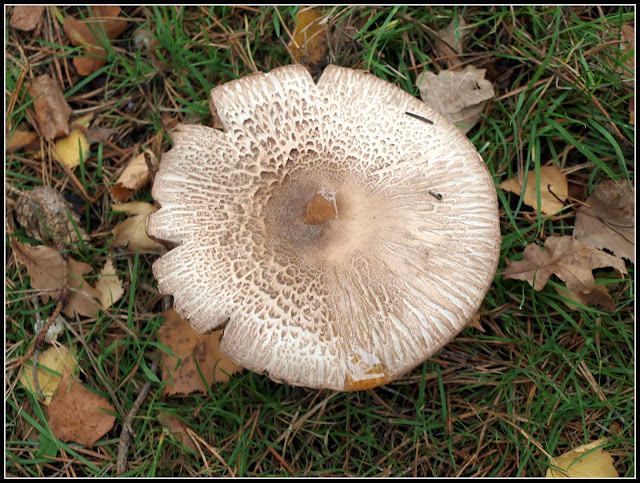 ﻿
These ones have appeared in a number of lines, each several metres long: 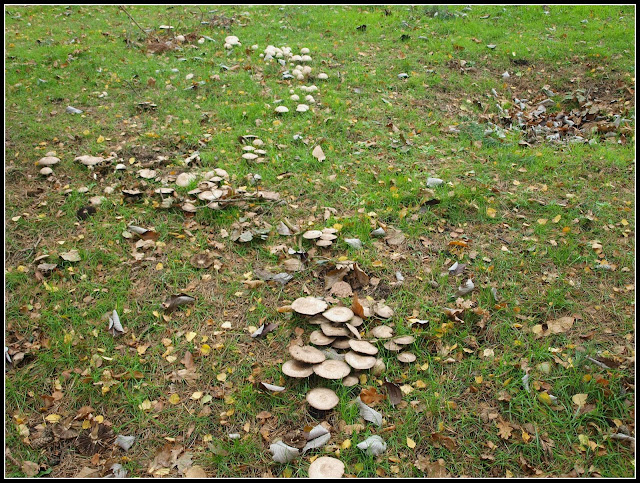 Initially, when the young ones push up through the grass and leaf litter they are almost spherical, a bit like puffballs 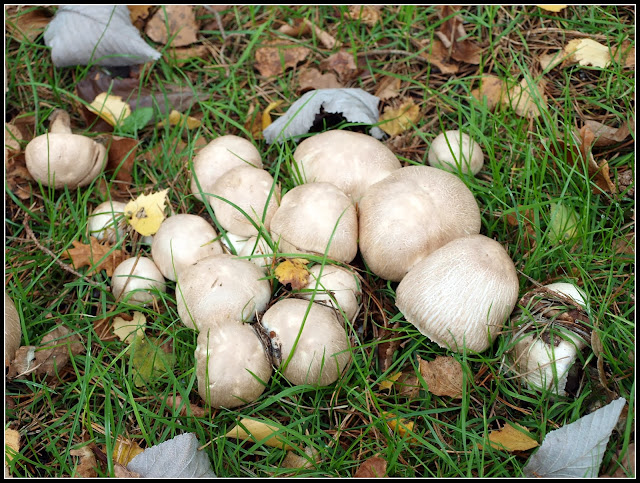 They then gradually open out, a bit like an umbrella or parasol. 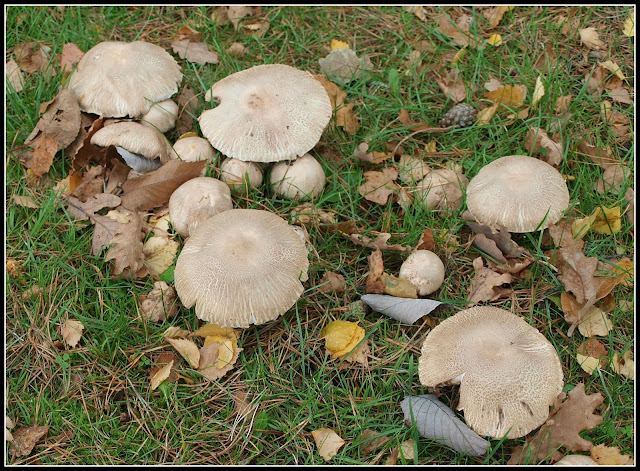 The undersides of the mature ones are dark brown and deeply ribbed. 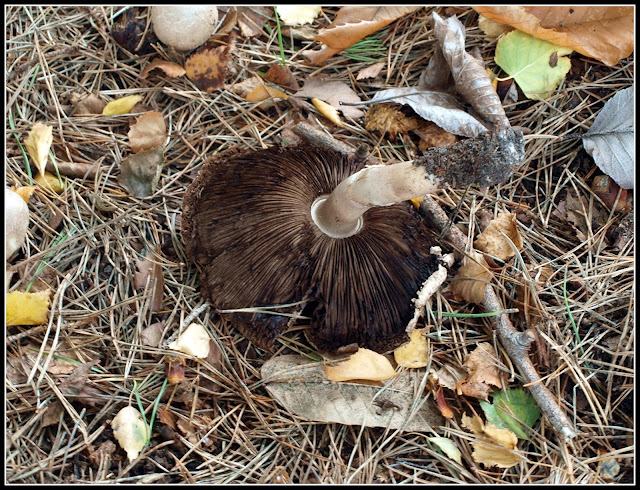 ﻿
I am certainly not going to risk eating any of these without a positive identification, but does anyone recognise them?

I also saw a few of these, which appear to be a different type: 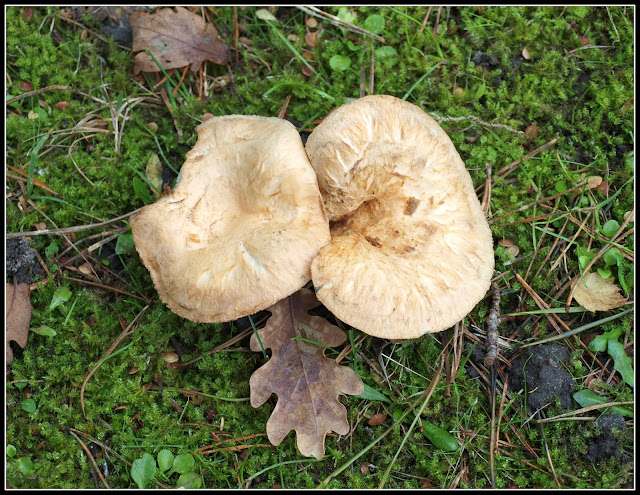 ﻿There were only a few specimens of this type and they all had a distinctive concave cap. They were also a more yellow/cream colour than the other type descibed above, which was a greyish brown.
Posted by Mark Willis at 12:00