Cutting down the Asparagus

Since we have had a few days of colder weather now, and a couple of frosts, the Asparagus fern finally turned yellow. It was time to remove it.
﻿ 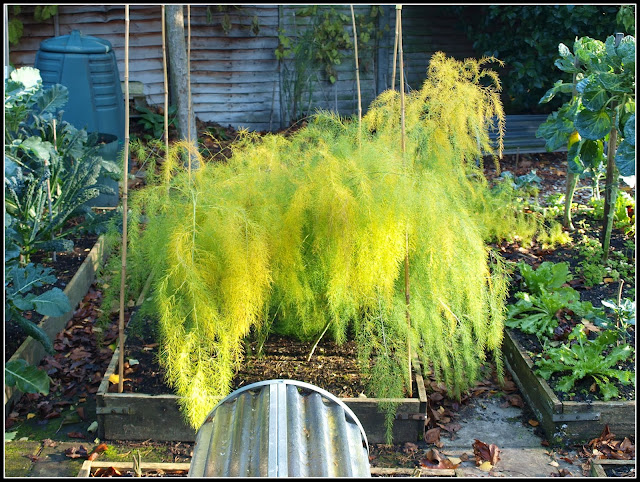 During the warmer times, the Asparagus fern (leaves) serves to harness solar enegy for the plants, but once the cooler weather comes the fern dies off and can no longer do the job. The colour change from green to yellow shows that this time has come. If you just leave the fern in-situ it will eventually turn brown and decompose, but this will invite mould and fungal growths to move in, so it is best to remove the foliage and compost it. It's not a lengthy task in my garden. A few snips of the secateurs and it's done: 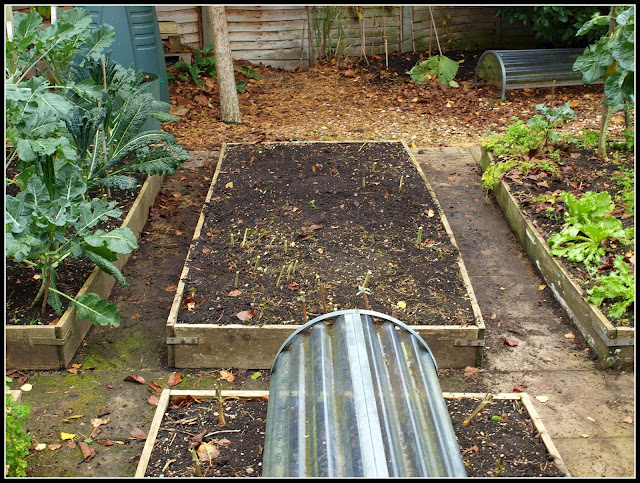 That bed of mine plays host to 10 plants. Two of them are replacements planted only this year and it remains to be seen whether they will "take". To be honest I wasn't too impressed with the plants that I bought, and when I planted them they didn't look particularly strong. I won't be able to tell until next Spring though.

I always cut my Asparagus down to a height of about 5cm, so that I can get a rough impression of where each crown is. This will help me to avoid damaging them when I cultivate the bed to apply fertiliser, as I wll do in the Spring. 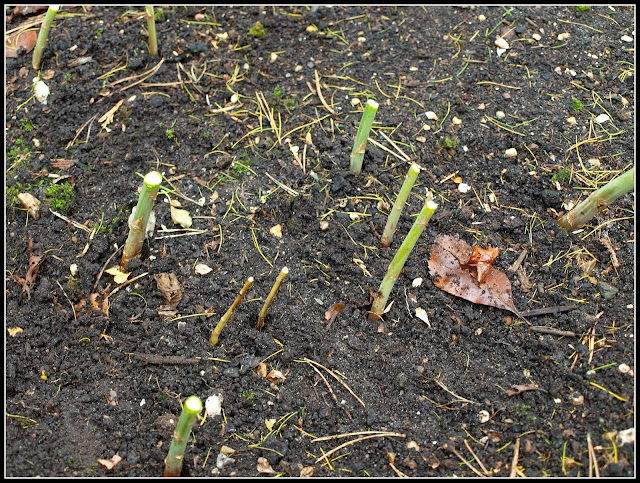 The Asparagus crop this year was very poor. Nowhere near as good as I have had previously. I'm hoping that the reason for this was purely to do with the weather, but it's hard to tell. I have said to myself that if I get another poor crop in 2014 I will dig up the Asparagus and plant something else. Whilst I love home-grown Asparagus it doesn't have a very good VSR. It ties up a complete raised bed (I only have 6) all the time, and only produces one crop a year which is available for only a few weeks. Furthermore, you can buy Asparagus in the shops all the year round now, as long as you are prepared to buy stuff that has been imported from Peru! It HAS to be good to deserve a place in my small garden...
Posted by Mark Willis at 12:00