After a week or so of snow, we have now reverted to rain. It's still very cold, so the snow has only melted very slowly, but at least the plants are now getting the chance to see a bit of light. Poking their heads through the holes in the snow here are Endives and Parsley: 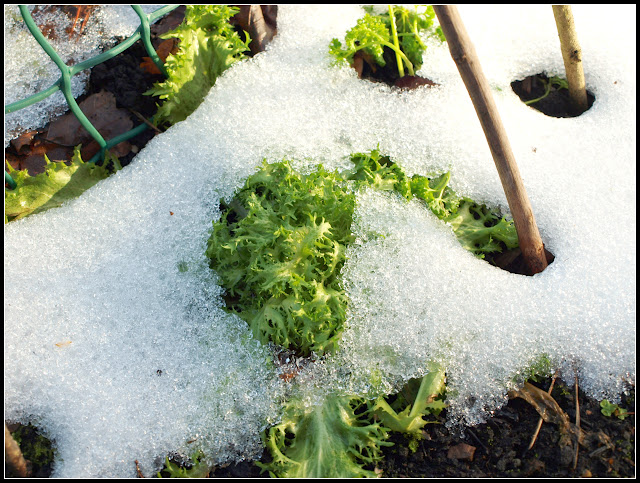 I think the wooden sticks must absorb sunshine well, and then radiate its heat, because you can see how the snow has melted more quickly around the sticks than elsewhere. 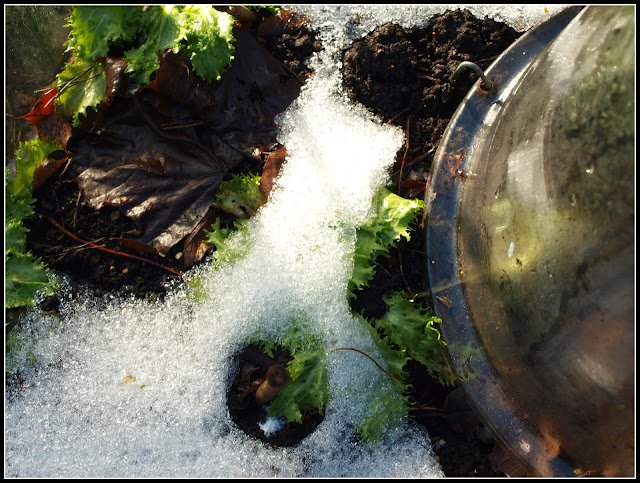 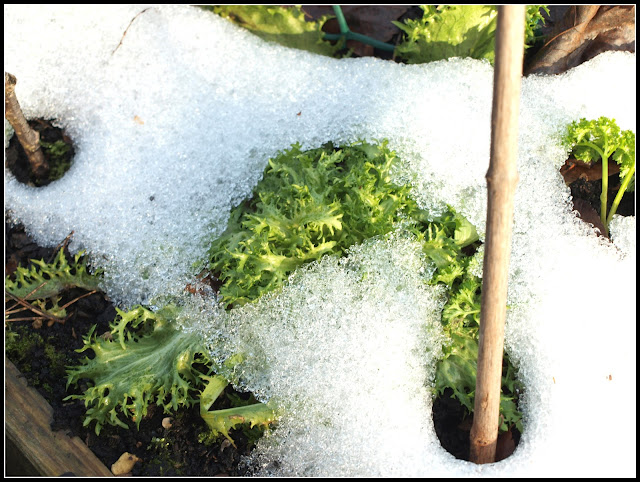 I have also noticed that the snow in flowerpots tends to melt from the outer edge towards the middle - presumably because the outside is being exposed to some slightly warmer air.  This pot has some Wild Garlic in it, brought back last year from my MIL's house. I hope it has survived all right. 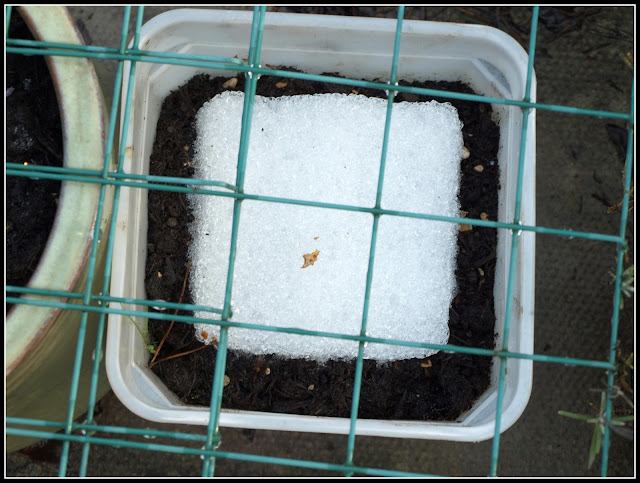 This potted Aquilegia has done the same: 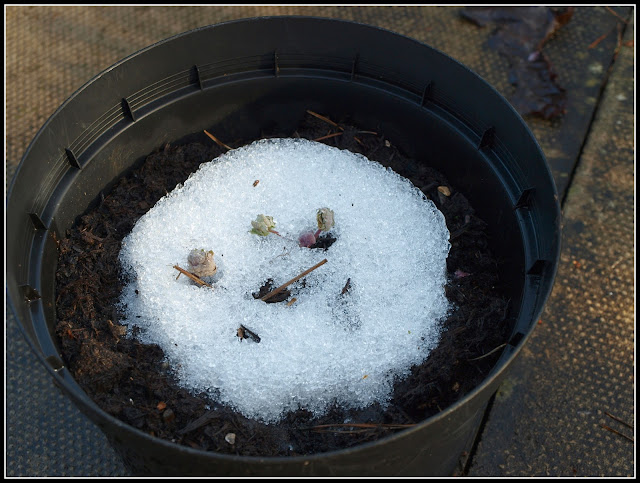 Take a close look at the tiny leaves sticking up through the melting snow: 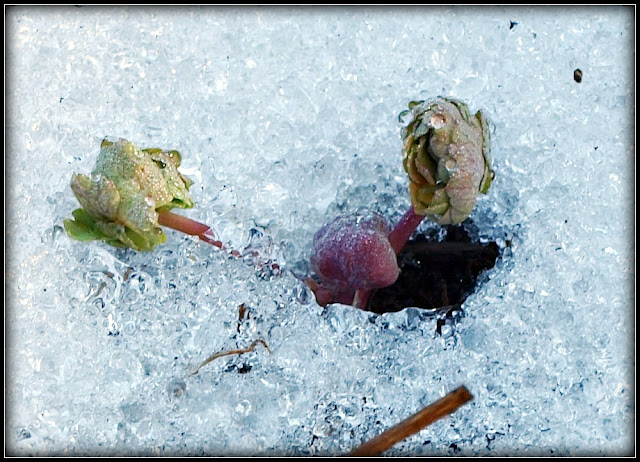 I still have a few Radicchio left.  They are pretty hardy, and seem to have emerged from the snow with little more damage than a few browned outer leaves. 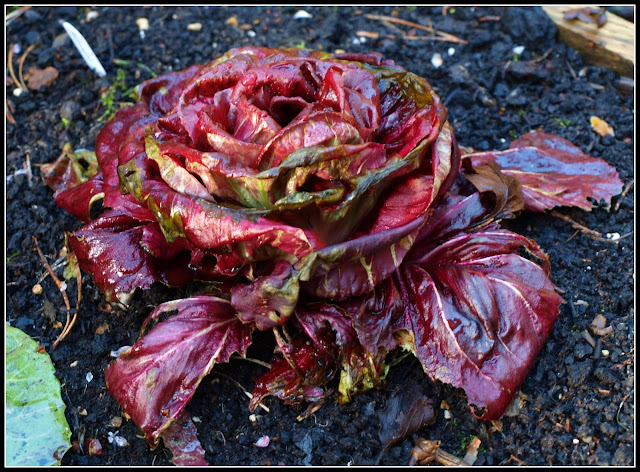 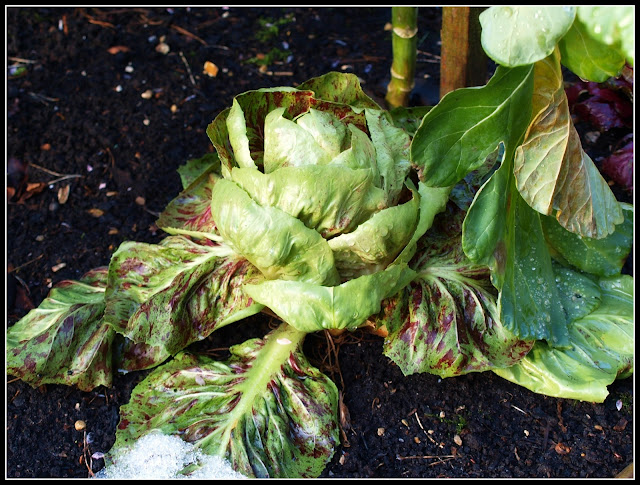 Are you itching to get on an sow something, like I am? I know our Winter is not severe by many peoples' standards, but it still makes you appreciate Spring when it finally arrives! I'm already reading on lots of blogs about people sowing chilli seeds and tomato seeds. I know these plants benefit from a long growing season, but I'm not going to be tempted to sow mine just yet. They would only end up going leggy for want of light. If you want to sow seeds in January / February you really need some sort of grow-light arrangement, which I don't have at present (though I have put one on my Wishlist, since my birthday is coming up soon...)
Posted by Mark Willis at 16:00