No, nothing to do with David Beckham (thankfully)... This is about turnips. 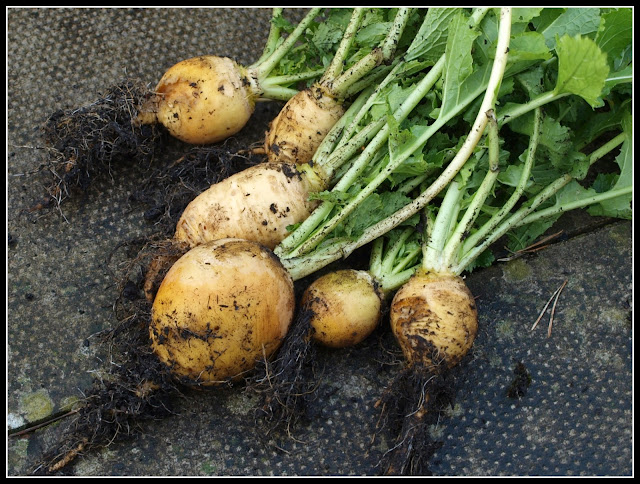 Last Summer I got a pack of seeds for the turnip variety "Golden Ball", I think given away free with some magazine or other. I definitely didn't buy it. Now I wouldn't normally grow turnips. I tried them once or twice a few years ago, but they were not successful. I found that not only did they bolt very easily in my dry sandy soil, but also that they were very prone to attack by root-boring grubs of some sort, which rendered them mostly inedible.

However, since I had a pack of free seeds (hence nothing to lose) I decided to give them another try, and I sowed some in a plastic tub, on 5th August - which, significantly, is much later than I used to sow them previously.


Now, you are never going to get a huge crop from one little plastic container, and after some serious thinning, it produced only 7 turnips in all. Turnips are normally fast-growing, but having been sown late in the season (in a year with precious little sunshine), these turnips of mine developed very slowly. For some reason, one turnip matured much faster than the others, and turned into a really fine specimen, which was harvested on 15th November: 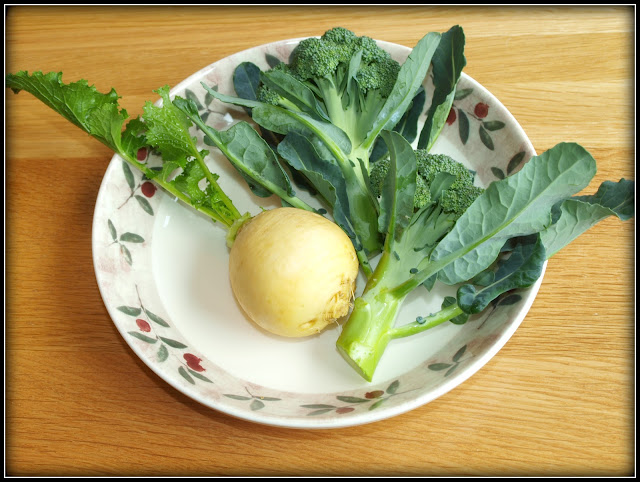 The others really took their time, and I finally lost patience with them on 30th December. This is what I got: 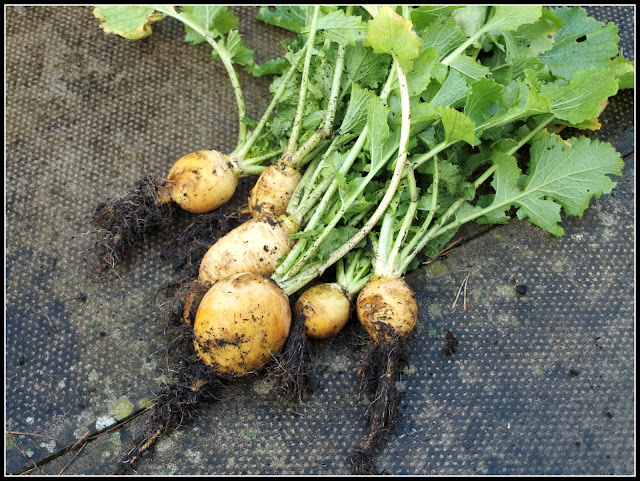 The big one in the front is not bad (though I'm showing you its best face), but the others are a bit pathetic, aren't they? I suppose that, if carefully prepared, these will make a serving for two people. We could also perhaps try cooking the green tops, though I think I'd have to be fairly desperate to go that far - and I certainly wouldn't do it with Cavolo Nero still available! At least there is little root-grub infestation, so most of the roots will be useable. 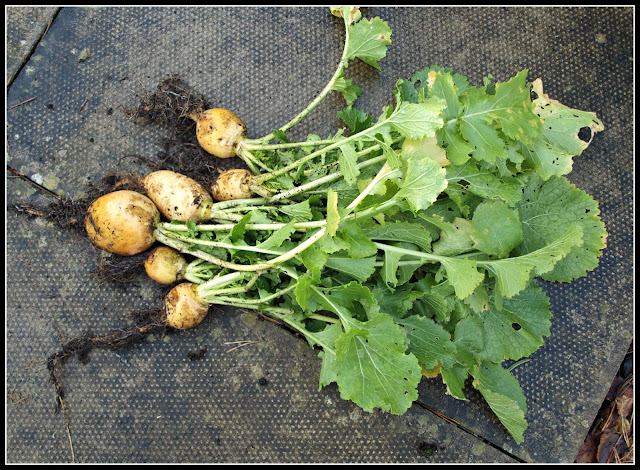 Despite what I have said above, I'm going to have another, proper, go with turnips in 2013. I shall sow them at an appropriate time, and I shall do my best to get a decent crop. I'm also going to try some of the purple-topped ones, since we have been impressed with the ones we have had in our veg boxes from Abel and Cole.

As well as the remainder of the packet of "Golden Ball", I have "Purple Top Milan" and "Atlantic", so hopefuly at least one variety will do well this year.
Posted by Mark Willis at 16:00