The other day, Sue from Our Plot at Green Lane Allotments showed us a beautiful rose flowering at Christmas, contrasting it with the cactus called the Christmas Rose. Well, this is my response - some vegetable "Christmas Roses". 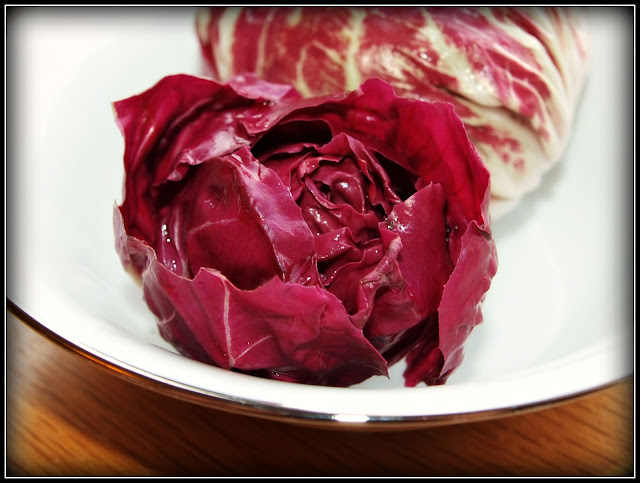 Well, that looks pretty much like a rose, doesn't it? It is actually a Radicchio, of the variety "Firestorm". 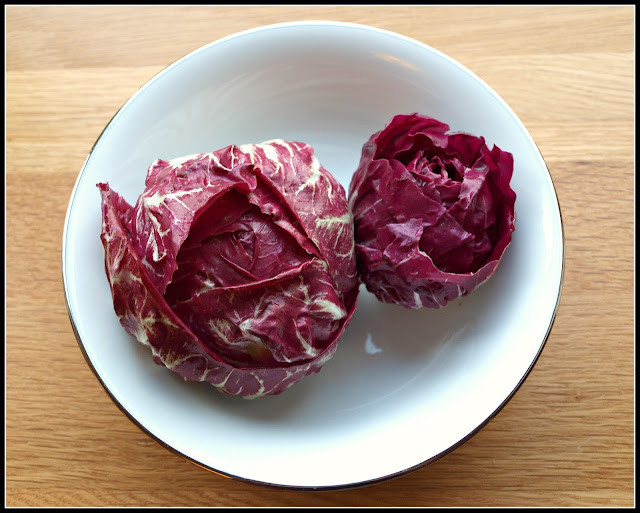 I'm particularly proud of the bigger one of this pair, which is not only of a good size, but also very dense and heavy, which means it must have lots of tightly-packed leaves. 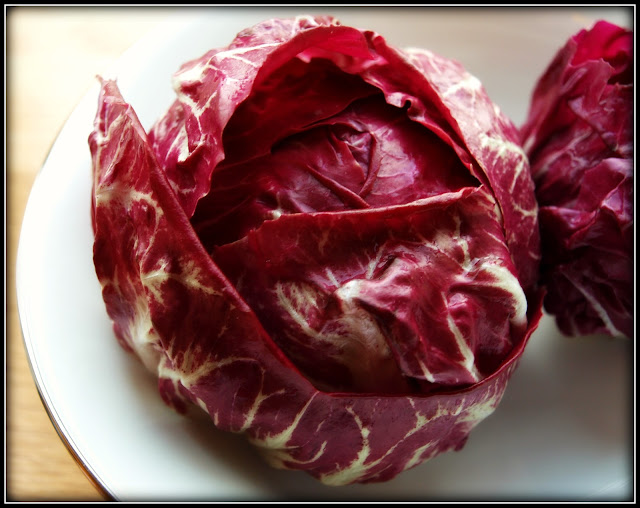 2012 was a good year for Radicchio, which is probably due to the weather. It likes a bit of cold (which makes its leaves go a darker colour), but not really freezing weather. It is also evidently able to survive greater levels of moisture than it would normally get! This Winter I'm really glad of my raised beds, which certainly improve drainage.

Radicchios, and other types of chicory, are good things to plant in the late Summer and early Autumn, providing salad leaves right up till Christmas (and sometimes like 2012, later), when little else of this nature is available.

For the last two years I have grown the variety "Firestorm" (From Duchy Originals, available via Tand M), because I am really happy with the results I have achieved with it, but I must also commend the pack of "Misticanza" (a mix of Lettuce / Chicory / Radicchio) seeds that I bought from Seeds of Italy in 2008. 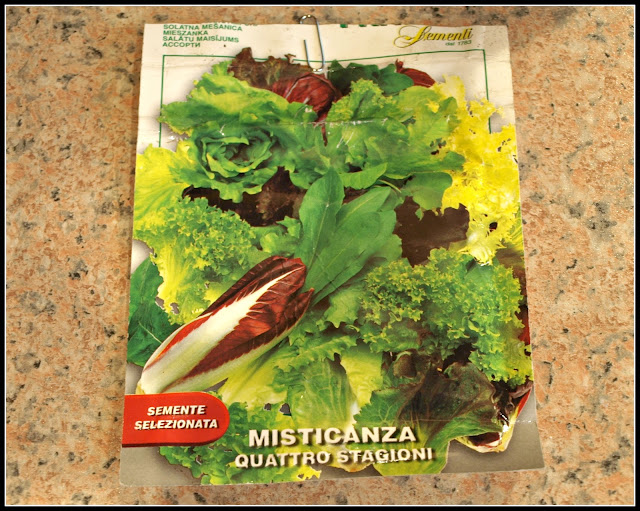 It was (as is normal for the Franchi seeds from S of I) an enormous pack, containing many hundreds of seeds, and I have used a few every year and they are still viable. Unlike F1 seeds (where you get maybe 10 or 12 seeds in a pack), with these it doesn't really matter if the odd few fail to germinate. The only trouble with the mixed pack is that you don't know until they get quite big what type they are going to be - and even then you probably can't name them!
Posted by Mark Willis at 16:00