The vegetables I grow in my garden are a mix of old and new varieties. I like to experiment and try a couple of new things each year, but I also have a number of things that have become regular inhabitants of my plot. These are the ones I am today calling "The Old Faithfuls".

Top of my list is the climbing French Bean "Cobra", which I have grown for about the last 15 years. This is a very vigorous variety and grows as tall as Runner Beans do. It produces loads of long pale-green pods, even in a poor year. Unike the Runner Bean, French Beans do not rely on bees for pollination, and therefore are likely to do better than them in a year when bees are scarce. If you keep picking the pods, the plants keep producing more, over a period of about 3 months. 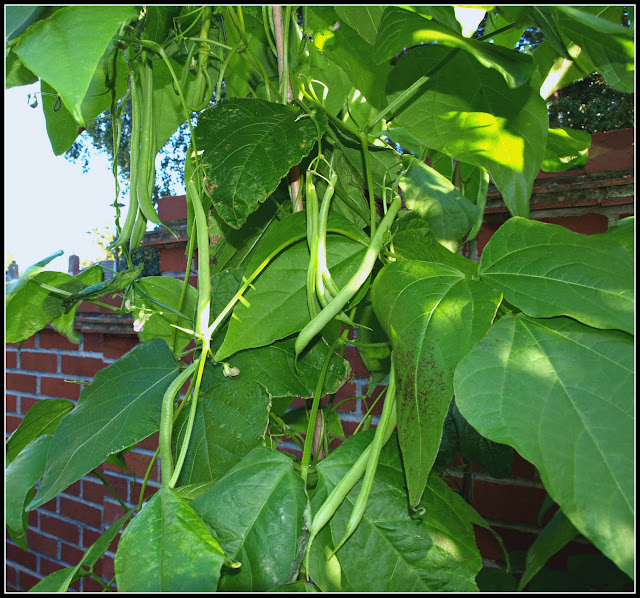 The pods themsleves grow much bigger than other French Bean types, whilst still remaining tender. I often pick them young, but if you leave them to mature fully they can get to about 9 of 10 inches long - the size of a decent Runner Bean. In the photo below there are some "Cobra" beans at the left and some Runners at the right. 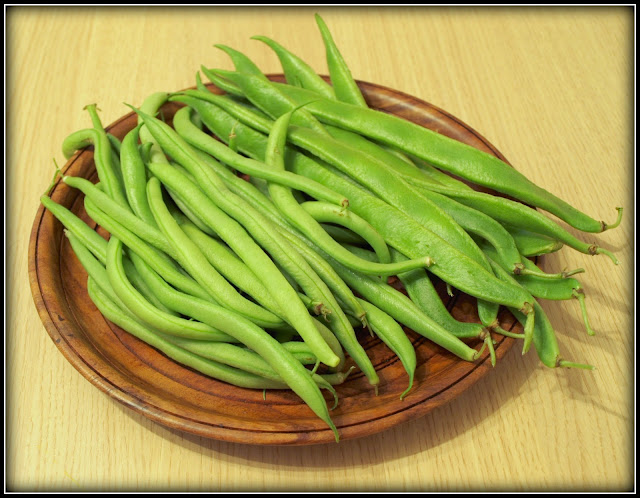 Next of my favourites is the tomato variety "Ferline". Again, I have grown it for several years now. In fact I participated in a trial in the first year it was available to the public. I didn't rate it very highly at that time, because my trial plants developed a bad case of Blossom End Rot, but I think that was because I put them in pots that were too small for these massive plants, and hence the compost kept drying out. Fortunately I gave them a second chance, and I have not regretted it. 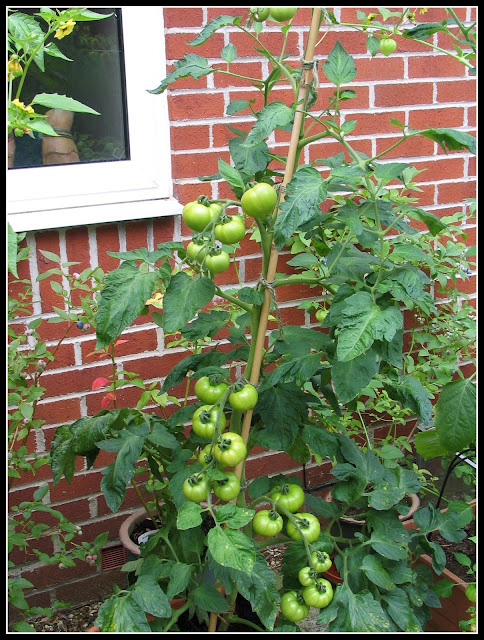 The fruits of "Ferline" are big, though not as big as a Beefsteak type, and they are usually slightly ribbed. My plants have always produced several pounds of fruit each. I normally pinch out the growing tips after 5 trusses have set, and even so the plants often get top-heavy. They definitely need strong supports. 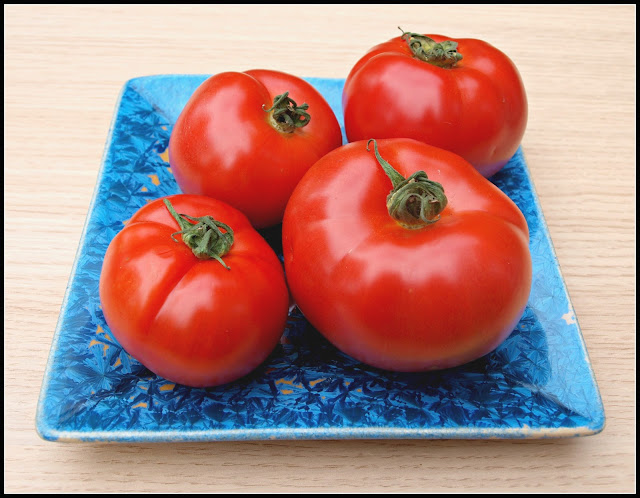 Perhaps the best feature of "Ferline" is that it has strong resistance to blight. This doesn't mean that it is immune, it just means that it is less likely to get blight, and if it does it will survive for longer than other tomato varieties.

Third on my list today is the lettuce variety "Fristina". It is a frilly one, normally used as a "cut-and-come-again" type - in other words you pick a few leaves at a time, rather than cutting the whole plant. 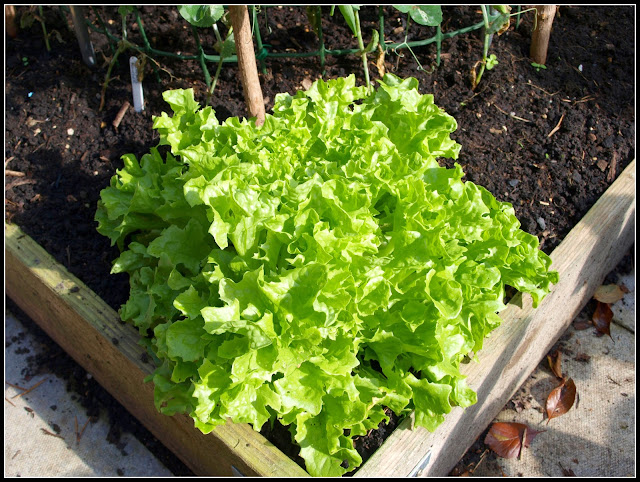 "Fristina" is in texture much more akin to an endive than to a lettuce. It has a crisp, crunchy texture, but none of the endive's bitterness. Another point in its favour is that it is slow to bolt in hot conditions (unlike endives), and will survive some quite cold temperatures too.

Next on the list is the potato variety "Charlotte". For reasons of space (lack of) I grow my potatoes in pots and containers, so the varieties I choose tend to be the smaller, quicker-maturing Early varieties, like "Charlotte", which are harvested young and eaten soon after harvesting. 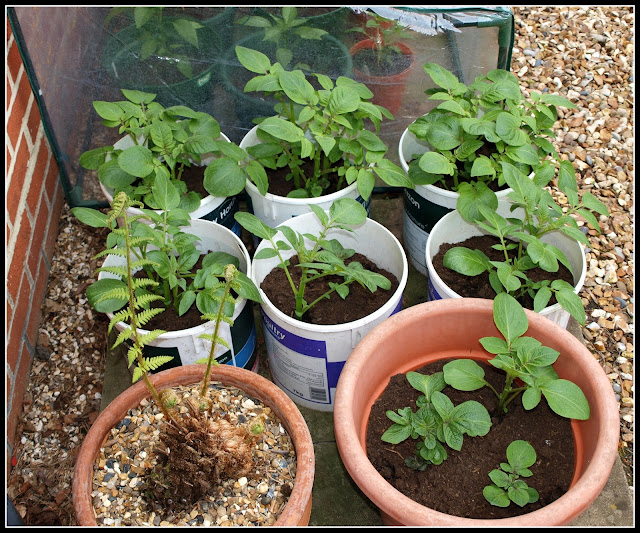 "Charlotte" has yellowish, firm flesh, and is best eaten within an hour or so of harvesting - boiled until just tender, cooled a little and then slathered with butter! 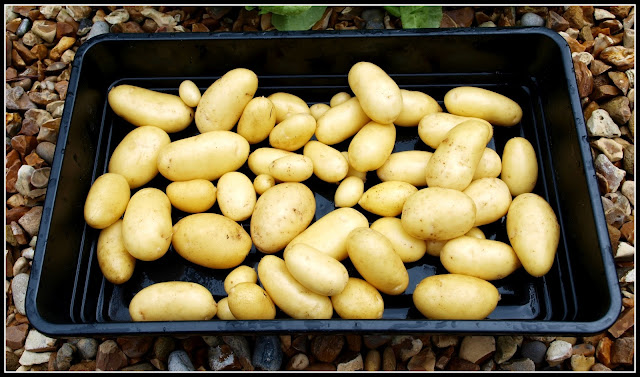 "Charlotte's" good points include its reliability: it seems to produce a good yield whatever the weather conditions, and is less prone to diseases like scab than many other varieties. Look how smooth those ones in the photo above are.

Finally for today, I want to commend the beetroot variety "Boltardy". This is a variety that has been around for ages, and has certainly stood the test of time. They keep trying to find a better one, but people like me keep buying it and so it keeps on appearing in all the seed catalogues! As its name suggests, its most desirable characteristic is its resistance to bolting, making it one that can be sown early in the year, before temperatures have stabilised (that's assuming they do stabilise, which these days is far from certain!). 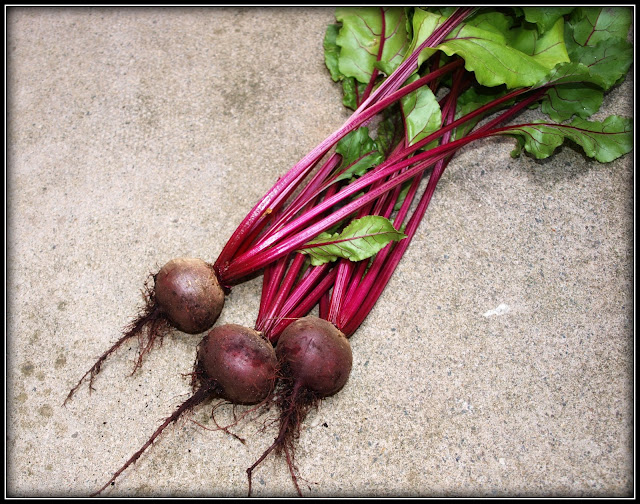 I see no reason why I might stop growing these vegetables I have described to you. Other varieties come and go, but I think these ones will be Perennials in my plot.