Like most gardeners in the UK at present, I'm currently making plans for what seeds to sow when the weather allows. I'm sure I'm not alone in being impatient either. I am always tempted to sow seeds far too early, and then live to regret it, condemned to a fate of daily carting of propagators from one sunny windowsill to the next for weeks on end. Chillis are usually amongst the first seeds I sow, because they need a long growing time if their fruit are to ripen fully. 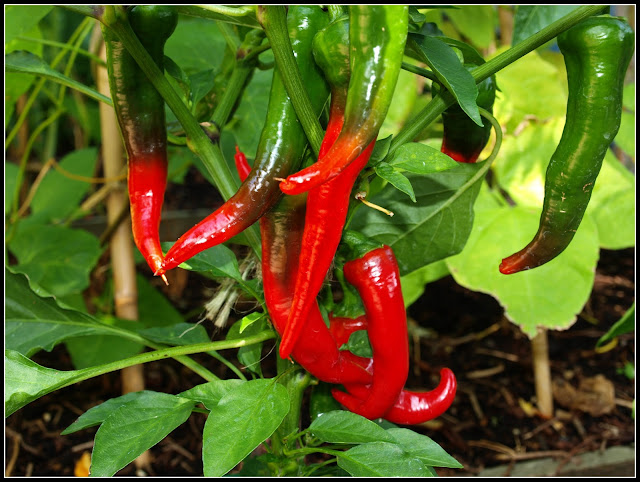 This year I have seeds for 13 different types of chilli. 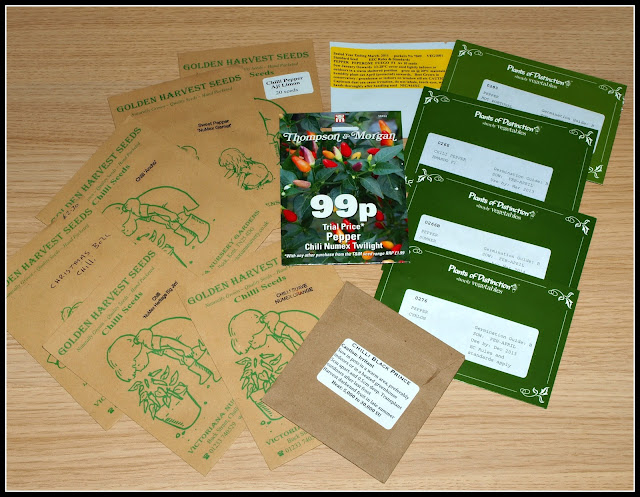 The seeds I have from last year are:
Fuego F1
Amando F1
Hot Portugal

Most of these seeds are from either Plants of Distinction or Victoriana Nursery.

In addition to these I also have seeds from some of the chillis that I have grown in previous years and the ones I brought back from our holiday in Turkey, which are throughly dry now: 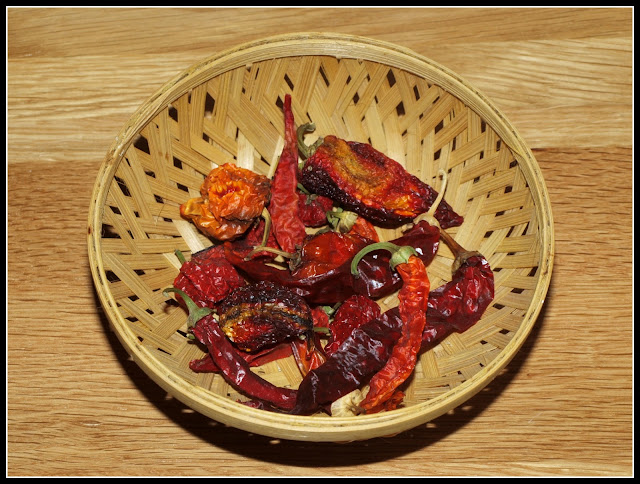 I'm in two minds about sowing the 3 varieties I grew last year, which didn't do particularly well. Was it the atrocious weather that was to blame? Shall I give them another chance, or shall I concentrate on the new ones only? Look at these next two photos with me: the first one is from 2011, and the second from 2012. Notice the difference in the colour of the leaves on the chilli plants. The 2012 ones are very pale and yellow compared with the ones from the year before.

Some of the 2012 chilli fruits were individually quite nice specimens like the ones below, but there just were not that many of them.


This picture is from 2010, the year I began blogging. Just look how many fruits there are on this plant! 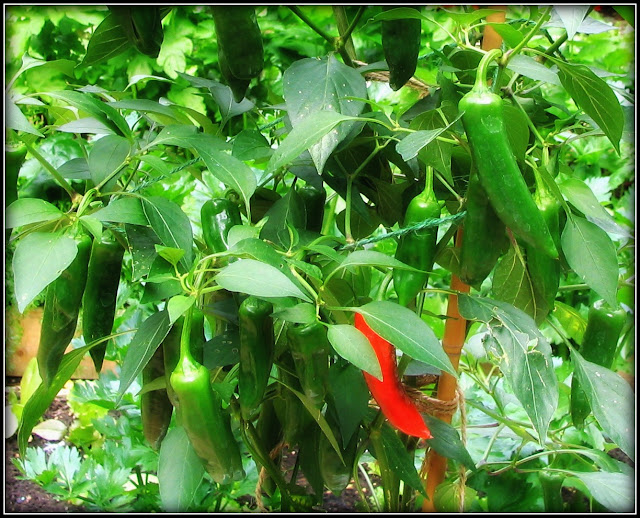 I am hoping for a nice sunny Summer this year, because I really want a good crop of chillis this time!