At the weekend we used some of the Brussels Tops. 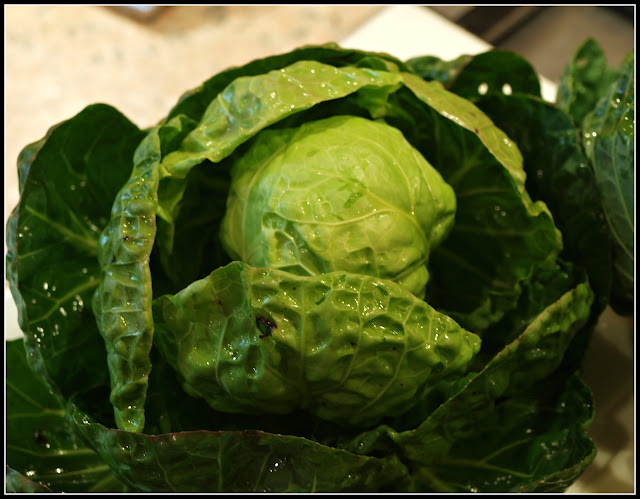 Seeing these lovely tight green heads, I can't imagine why anyone who grows Brussels Sprouts themselves would choose NOT to use the tops. They are really just another cabbage - a bonus after you have used the sprouts themselves. 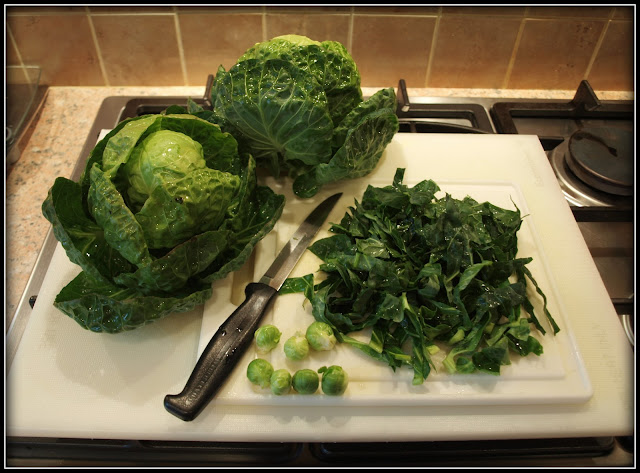 One of the tops was enough for a meal for the two of us, so I'll save the other two for another day. I prepared and cooked the Top just as I would a cabbage - sliced it thinly and cooked it in salted boiling water for about 3 minutes. 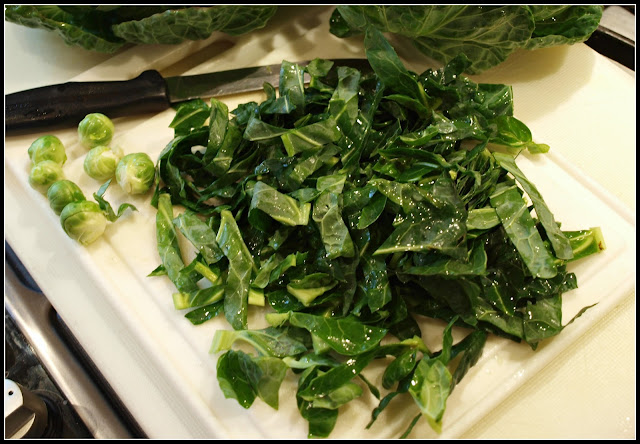 Lurking in amongst the leaves were a few more very tiny sprouts. I cooked them in the boiling water for a few minutes before adding the shredded leaves, just so that they would be ready at the same time. 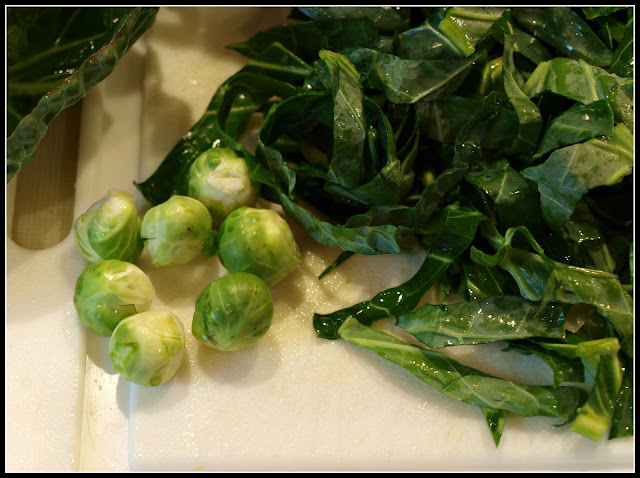 The texture of the cooked greens was very much like the loose-leafed cabbage we call "Spring Greens", and it looked the same too - very dark green. Lots of people had said that the taste would be very strong (perhaps unpleasantly so), but we didn't find it so. I think these days Brussels Sprouts have had some of their infamous bitterness bred out of them, and this applies to the leaves as well. We thought they were very nice, and when I grow sprouts again we shall definitely be using the tops too.

Incidentally, one school of thought suggests that you should remove the tops quite early on, to force the plants to put all their energy into the production of sprouts. I'm not sure about this, because I have always seen the leaves as the "powerhouse" of the plant, collecting solar energy and carrying out photosynthesis, but I'm prepared to be convinced. Maybe next time I'll carry out a comparitive trial?
Posted by Mark Willis at 16:00