The last of the Parsnips

I didn't think I would have anything to put forward for Harvest Monday (hosted by Daphne at Daphne's Dandelions) this week, but now that our snow has melted I have been able to harvest the last of my parsnips.

This season's crop has been a bit of a mixed bag. I sowed two different varieties (Gladiator and Panache), and I sowed them in two batches. The first batch of both varieties did well, but the second batch did hardly anything at all. They never really grew beyond the 'tiny' stage, so were effectively a washout. The batch I harvested this week was the last of the 'Gladiator' ones, from the first sowing, and it certainly included a few decent specimens. They don't look very appealing when they are fresh out of the ground, but as the saying goes "they scrub up well"... 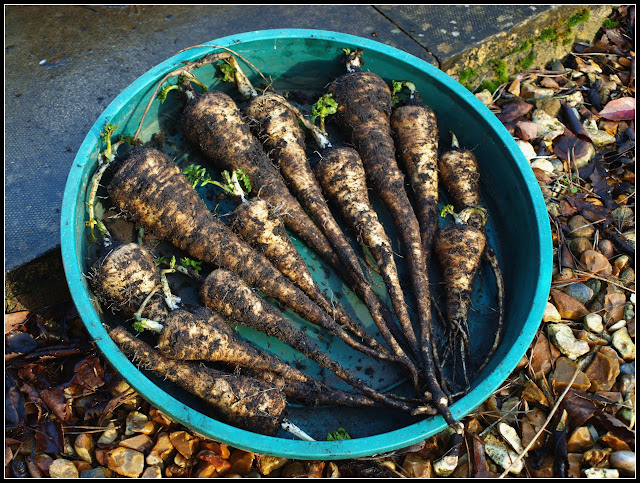 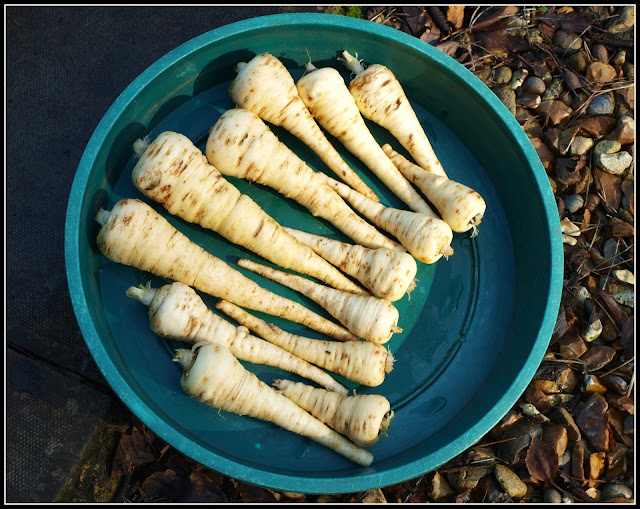 And in close-up - before: 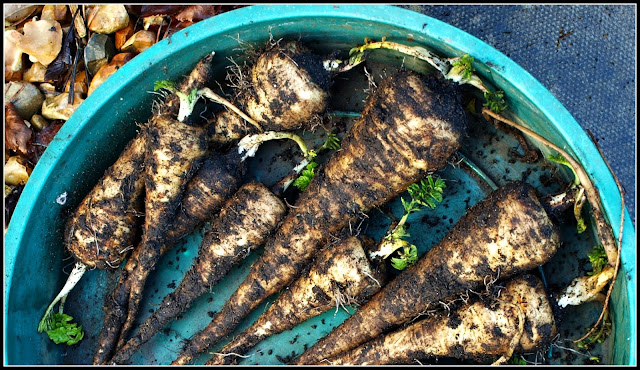 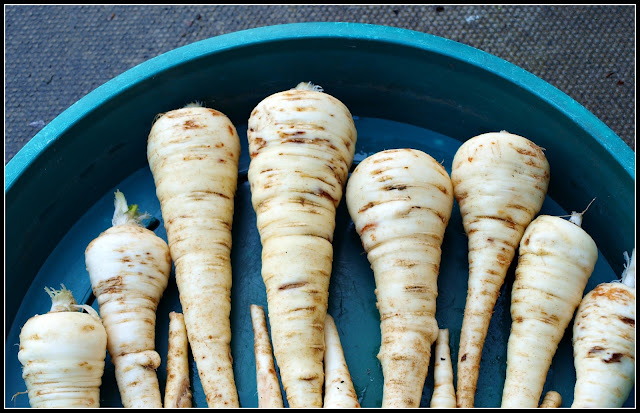 That was 800g of parsnips there, so enough for at least 2, possibly 3, two-person servings. I'm pleased with this, but I would be even happier if half of my crop hadn't performed so badly! Still, it reinforces my conviction that sowing seeds in at least two batches is good tactics: if one fails, maybe the other will do
well.

Roast pork was on the menu last night, and some of these parsnips accompanied it. And the best thing is - we still have more parsnips to look forward to, since we used less than half of the batch.
Posted by Mark Willis at 16:00