How to care for your plants in snowy conditions

In view of the current wintery conditions, I offer those of you who don't already know about such things, some advice on how to help your garden cope.

1. Snow looks very pretty, but it can do a lot of damage. If the branches / leaves of your plants get loaded -down with massive amounts of snow, they may snap. Maybe you can lighten their load by gently shaking the branches? And I do mean gently. Because of the cold temperature the branches / leaves are likely to be quite brittle, and  vigorous shaking may cause them to snap. Perhaps brushing the snow off would be better. In the case of shrubs / trees / large plants a garden brush or broom may come in handy (and it stops your hands getting too cold). 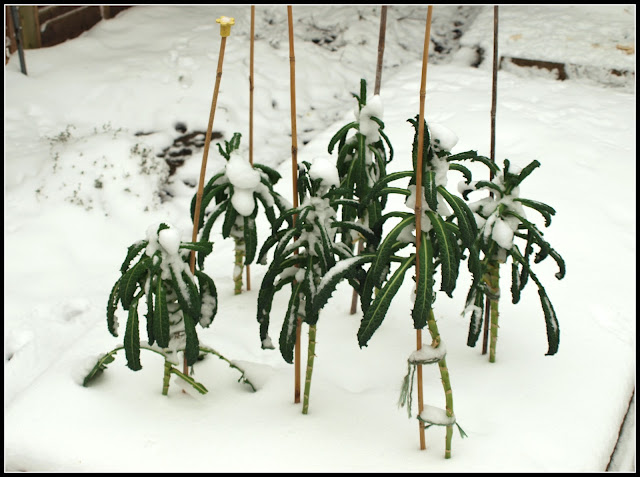 2. Plants covered with fleece, and small-mesh nets, are especially vulnerable. The fleece / net will initially protect them a bit, but if the snow on the fleece gets very thick (and therefore heavy) the whole structure may suddenly collapse on top of the plants, which is a lot more damaging than a slow gradual build-up of snow. If you get the chance, it's a good idea to shake some of the snow off the net before this happens. 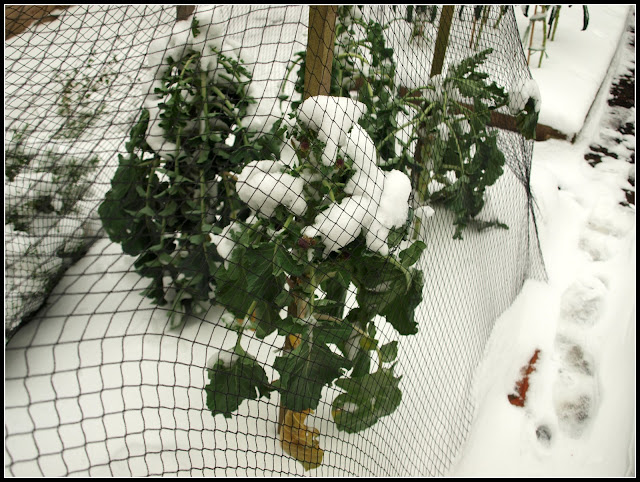 3. Don't be tempted to brush the snow off cloches or other rigid protective structures. The snow acts as a blanket and keeps your plants at a relatively stable temperature. And unlike the fleece / nets, the cloche is unlikely to collapse. When they are cold, your plants will go into a sort of suspended animation. They like to wake up slowly (when the time comes), so artificial rapid thawing  (e.g. with hot water) is definitely not a good idea. 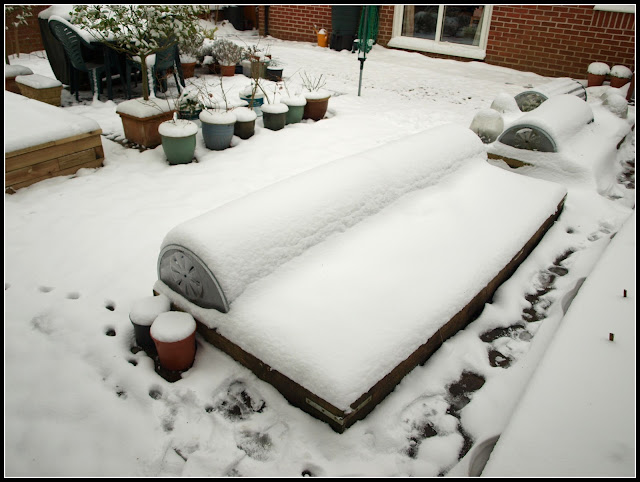 4. If you have plants in pots, it is advisable to protect their roots by wrapping them in several layers of bubble-wrap or even hessian (aka burlap). Of course it is too late to do this after the snow has already fallen. However, when we get a thaw maybe you could do this task just in case we get another very cold spell...? 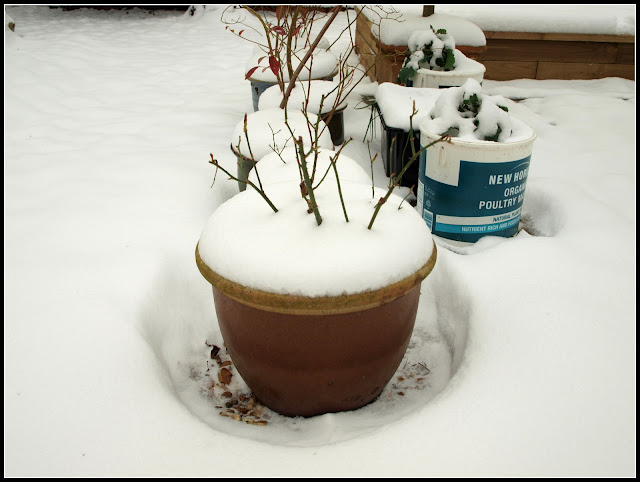 5. Undoubtedly the best thing to do with pots is to bring them under cover, in a greenhouse, porch or garage. I sometimes put the most vulnerable of my pot-plants in the garage during a very cold spell. They don't get much light in there, but they can tolerate this for a short while. It's certainly better than dying of hypothermia. My coldframe is currently perfoming a similar task for my little pots of herbs. 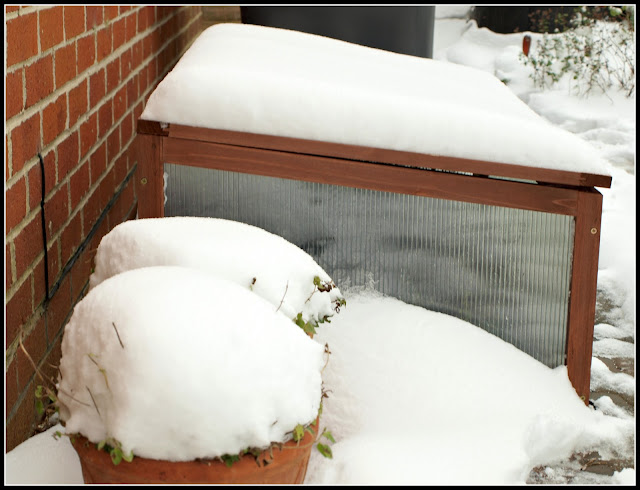 Those two big pots in the foregrond, outside the coldframe - topped with domes of snow - are Greek Oregano (a Mediterranean herb you understand). I hope they survive. Likewise this Rosemary: 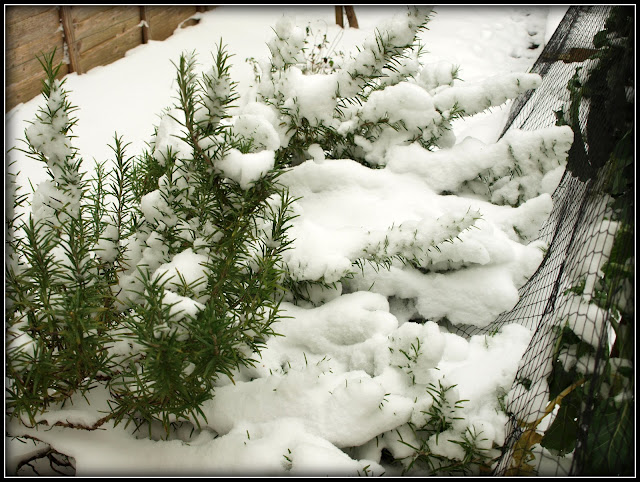 6. My final thought: when there is snow on the ground, avoid walking around your garden / plot unless you are absolutely sure where things are. It is all too easy to trample on something by mistake! Put a cane or stick at the end of a row to show you where it starts. 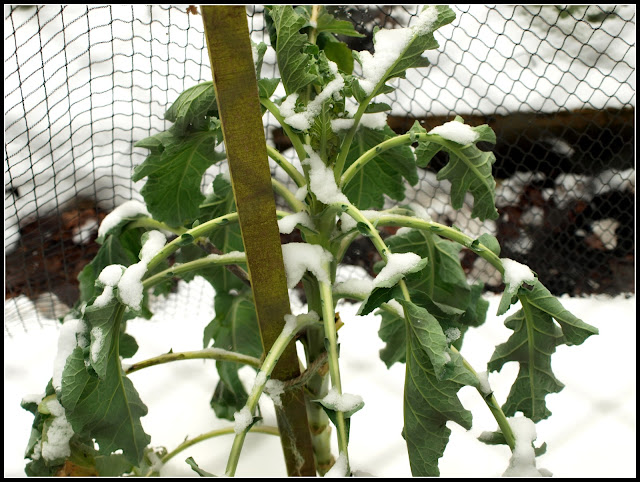