I'm sure everyone knows by now that we in the UK have been experiencing dreadful weather recently - and the rain still continues to come down in bucketloads. Many of our garden plants are not happy with this, but I have to be honest and say that some of them do actually like having an abundance of water - the salads for instance. 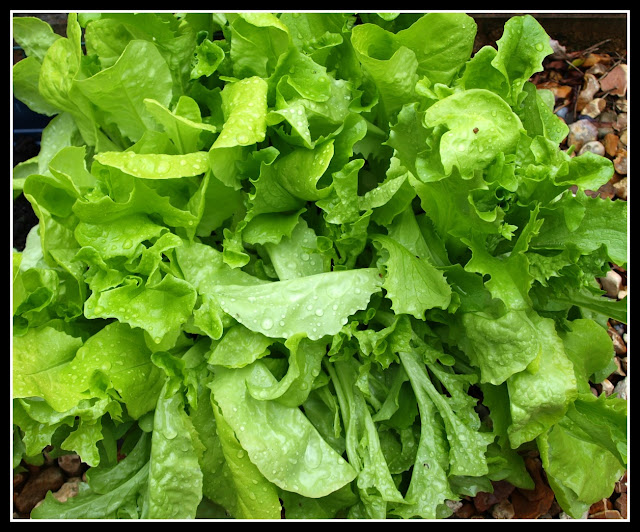 I often find that in my sandy soil the salads tend to bolt pretty rapidly during the Summer, so I am in the habit of growing them successionally, and wherever possible in containers rather than in the raised beds, since this makes maintaining the correct moisture levels that much easier.

These "Marvel of Four Seasons" lettuces are the exception to the rule. I have stuck them in at the ends of my row of Runner Beans, where they will hopefully get enough light to grow to maturity before the bean foliage gets too dense. 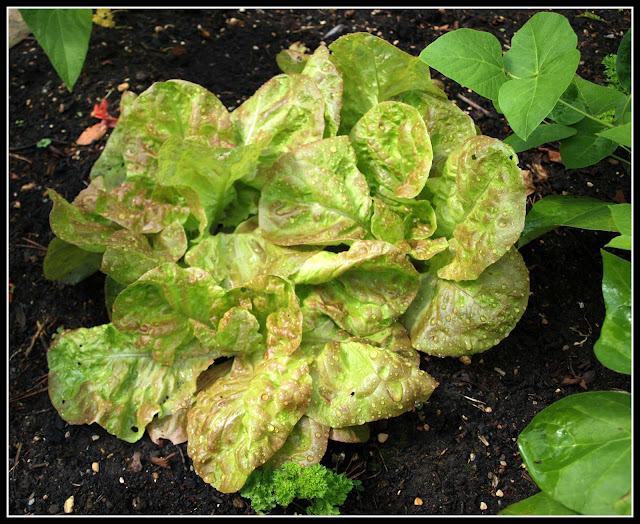 This is a tray of Rocket - a mixture of types, including the so-called "Wild Rocket", which has deeply-serrated leaves. 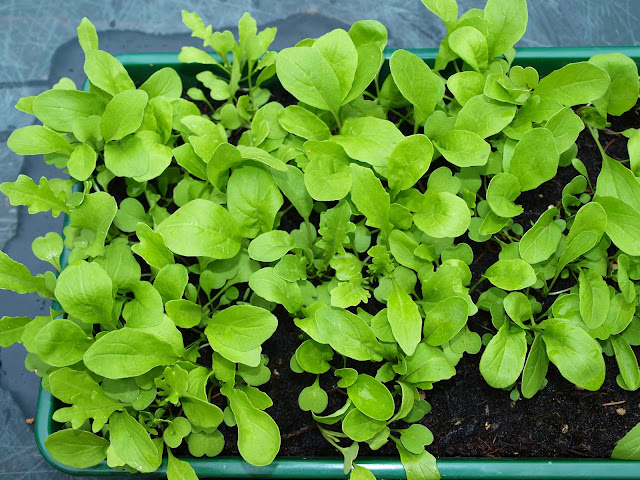 Some of those leaves are just about ready for picking I think. and it looks as if the flea-beetles haven't discovered them yet either, since there are no holes in the leaves (probably because this tray has been living on the garden table, well above the usual flea-beetle altitude).

This re-cycled plastic biscuit-box is being used to grow some Baby Salad Leaves. 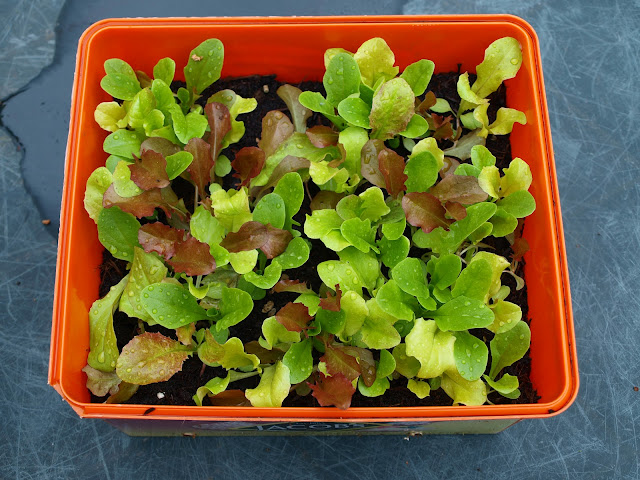 The seedlings are far too close together for growing to maturity in that container, but I will harvest the leaves individually whilst they are still very young.

A few weeks back I sowed a tray of lettuces. When they were big enough to handle conveniently I transplanted some of them into plastic containers - a couple of old washing-up bowls and one of those black storage boxes that I got from Tesco. [NB: if you are going to use this technique, don't forget to drill some drainage holes in the containers.] 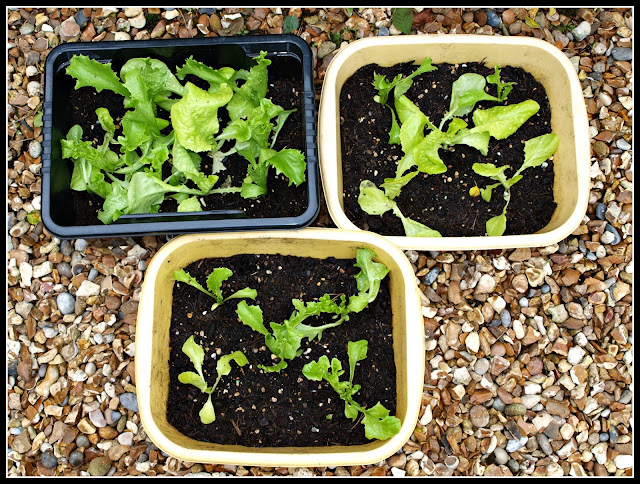 There are five lettuces in each of the bowls and seven in the much deeper black container. They are of the varieties "All Year Round" and "Fristina".  Fristina is a special favourite of mine. It produces leaves that look very much like Curly Endive, but of course they are much sweeter. They also respond well to the Cut-and-come-again harvesting method.

I only managed to use a very small proportion of the seedlings from that tray, and now the remaining ones have grown enormous, and I have nowhere to plant them. I'll use them as Baby Leaf Salad before the ones in that orange Jacobs biscuits box are ready. 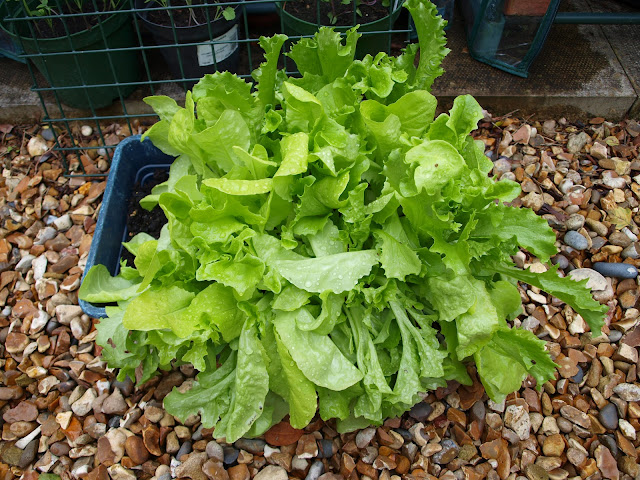 So no shortage of the greenery elements of our salads then. We just need some ripe tomatoes now... Oh, and some cucumbers, and possibly a few beetroot.

On a slightly different theme, I thought I would finish by showing you what I do with all the tiny new potatoes that might seem to be "not worth bothering with"... I have included a teaspoon in my next photo, to give you an idea of scale. There is no denying it - these are "Tiddlers".


I put them all into a small saucepan of water and cook them for a few minutes, until tender. Then I leave them for 15 - 20 minutes until they are still warm but no longer hot. I decant them into some little dishes (like this one originally intended for oil and vinegar dipping), smother them with salt, pepper and butter, and eat them as a pre-dinner "nibble".


The tiny Hors d'Oeuvre fork in this picture is one of a set of six, which we bought many years ago in Hong Kong. They are really useful for eating things like this (and olives, gherkins etc), and we still use them frequently.
Posted by Mark Willis at 17:30