This week I have been harvesting Broad Beans, Beetroot, Cucumbers, French Beans and the first of my Tomatoes.

The Broad Beans this year have been particularly good, though they are coming to the end now. I reckon that so far I have harvested about 3 kilos of pods from my little 2.4 metre double row, which I consider represents a good VSR (Value for Space Rating) - especially since my beans were Spring-sown and did not occupy the ground all Winter. 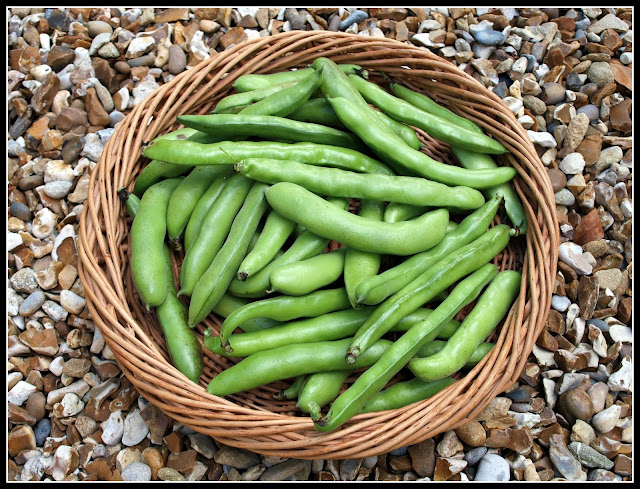 The beetroot is still growing very slowly indeed, and I was only able to find five more of a useable size this week. Actually I think they are at the perfect size - about the same as a golf ball. I boiled these ones for about 40 minutes to make sure they were fully cooked, and served them just warm, alongside some pork sausages, new potatoes and Broad Beans. 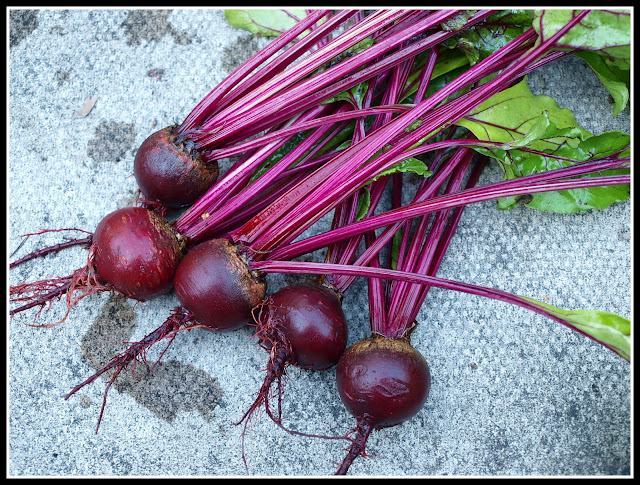 I got one more of the "Iznik" cucumbers, which as usual we ate as a "nibble" with a drink before dinner. The skin on this particular specimen looked a bit tough, so I peeled it off before eating, but actually I think it would probably have been OK. 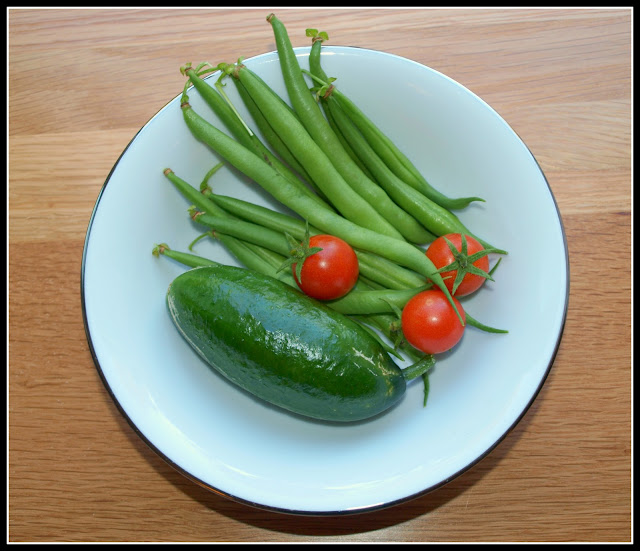 ﻿
As you can see I also mustered a small batch of French Beans (these ones are "Speedy"). Not really enough to be a viable serving on their own, so these are waiting in a plastic bag in the fridge until some more come along.

Those three tomatoes are the first ripe ones I have had this year. Whilst they were lovely and sweet, they were also very tiny, so I sincerely hope I will get loads more before the blight puts paid to them. In order to minimise the chances of cross-contamination between the blight on the tomato plants I have arranged them at intervals all round the garden, well separated from their nearest neighbour. This may slow down the rate of blight attack, but I'm realistic to know that it won't cure the uncurable. [I'm going to write more about blight tomorrow...] 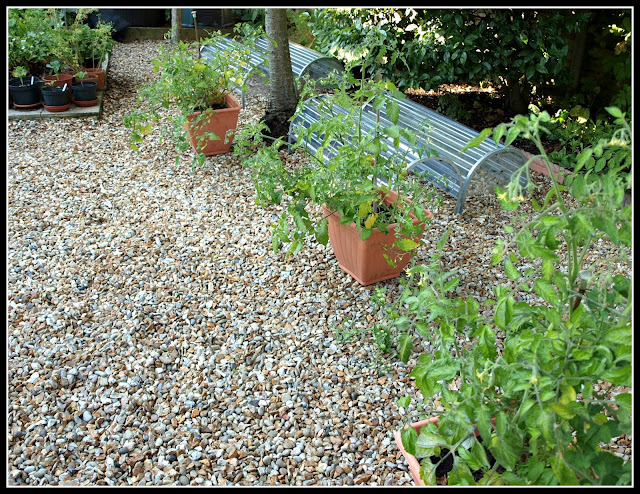 As well as the things shown above, I also harvested the rest of my Shallots, because it was plain that they were not going to grow any more, and their foliage was beginning to dry.

To see more of what people around the world have been harvesting this week, visit Harvest Monday hosted by Daphne's Dandelions.

P.S. Apologies for my low profile over the last few days - we have been over to France to spend a couple of days with our daughter and son-in-law (which of course involved, as usual, a certain amount of consumption of excellent food and drink...)