I have been harvesting more new potatoes. This time they are of the variety "Belle de Fontenay", a distinctively pear-shaped salad variety with smooth yellowy skins. 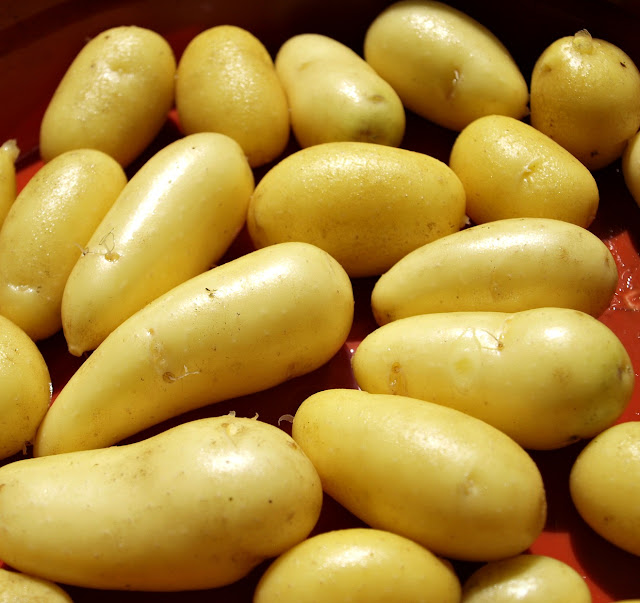 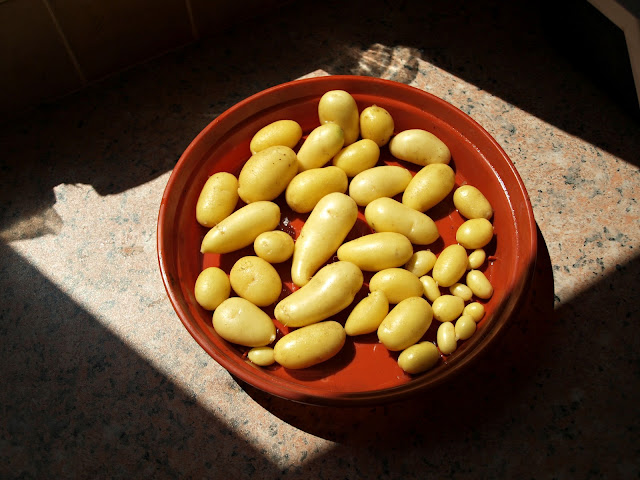 You can buy so-called "new" potatoes in the supermarkets all year round these days, but I think many of them have been artificially preserved (maybe in cold storage?) and they often seem tasteless. Nothing compares with home-grown new potatoes fresh out of the earth: 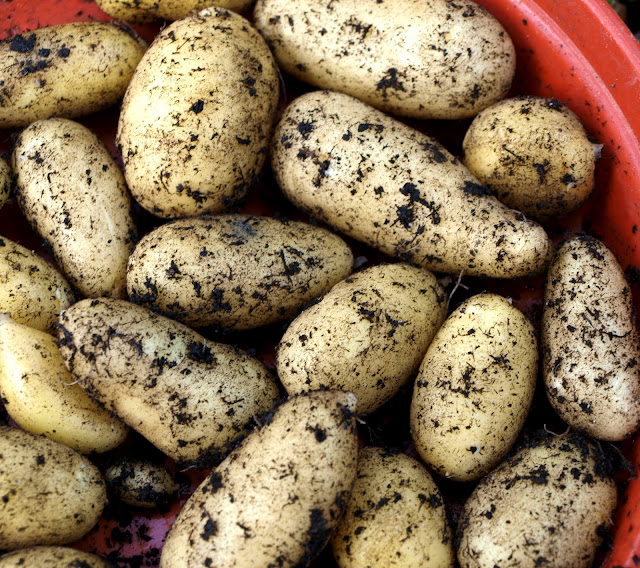 I'm deliberately picking my potatoes while they are still very small and tender, so this is actually the yield from two pots. It's probably more than we need for two servings, but I didn't think the yield from one pot was enough. It's noticeable that the skins were a lot paler just after I took them out of the ground than they were a few hours later when I was preparing them to be cooked. 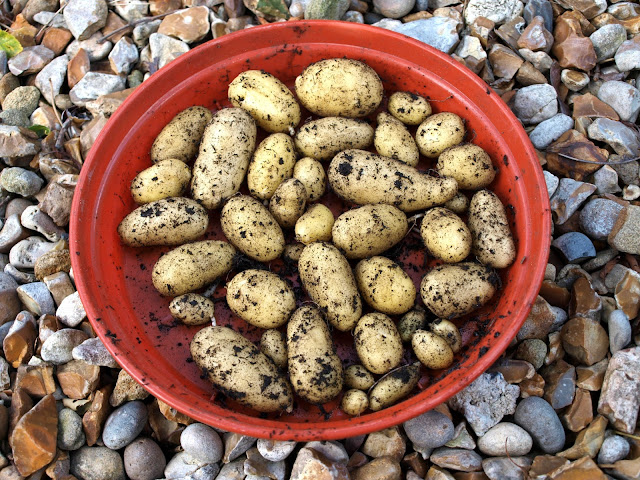 As soon as the potatoes were harvested I refilled the containers with compost and planted some more potatoes, because I have six "Charlotte" seed tubers that were left over from the Spring planting. They look OK, but raring to go, having been held back for so long: 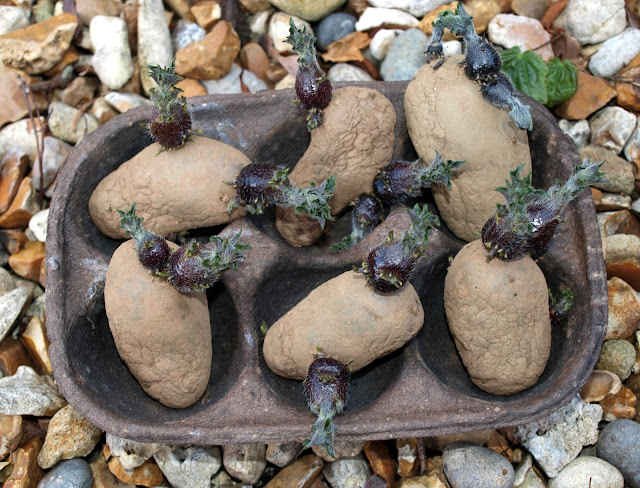 Just look at these - the finest pair of chits I have seen in a long time! :) 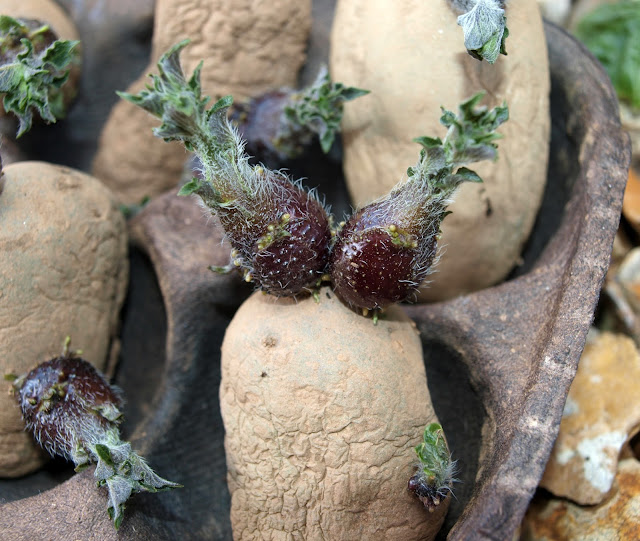 I'm hopeful that these late-planted tubers will give me a crop in about late September, which would be very nice indeed.
Posted by Mark Willis at 17:30