Cucurbits - is a late rally possible?

I wouldn't want to suggest that my cucumbers and squashes are doing well, but they do seem to be less bad than before! Might they have time for a late rally?

This is my "Autumn Crown" winter squash plant - finally putting out some vigorous shoots: 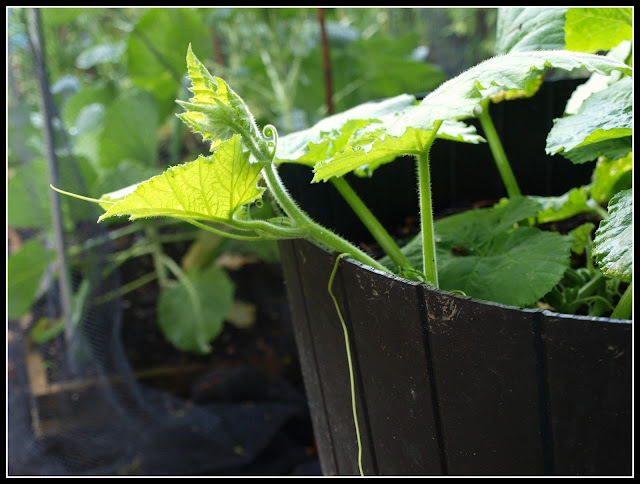 Will it have enough time to bring some fruits to maturity though? It's late July already, and it has not even  produced a single flower yet. 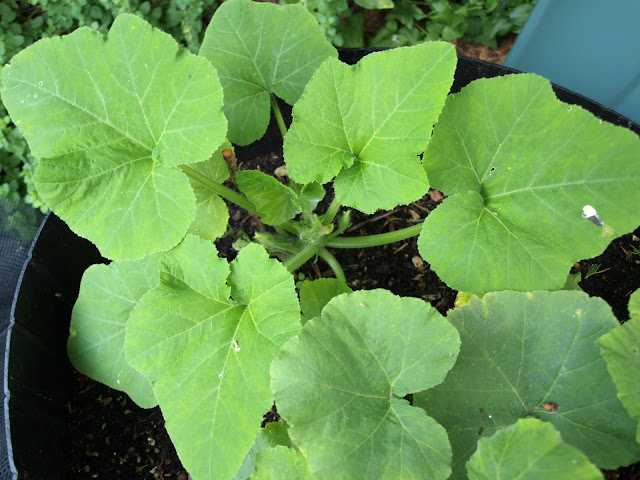 It has a few flowers on it, and at least one female one bearing a tiny yellow fruit. The flowers with the long stalks are male ones, so there is a good chance that the little fruit will get fertilised and grow to maturity. I hope so. I could do with a few more successes. 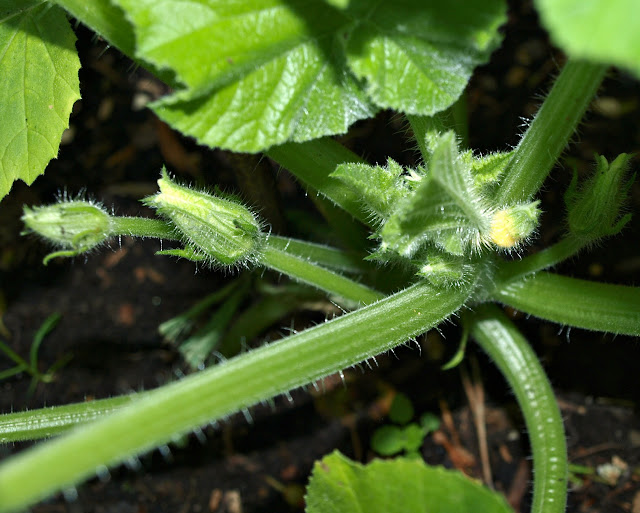 The cucumber plants are doing a bit better now, with plenty of big leaves and several flowers and young fruits. 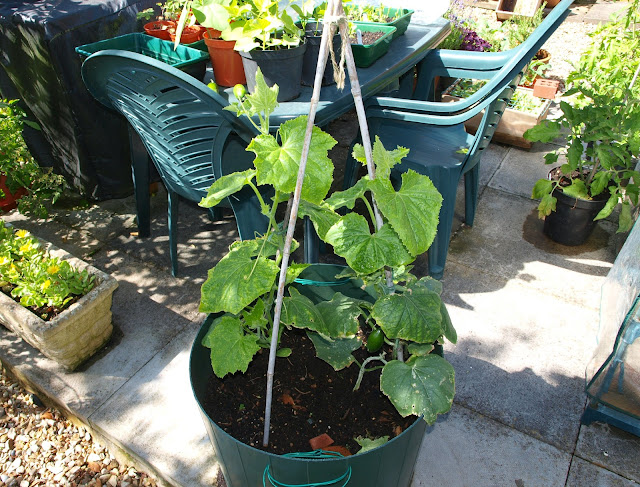 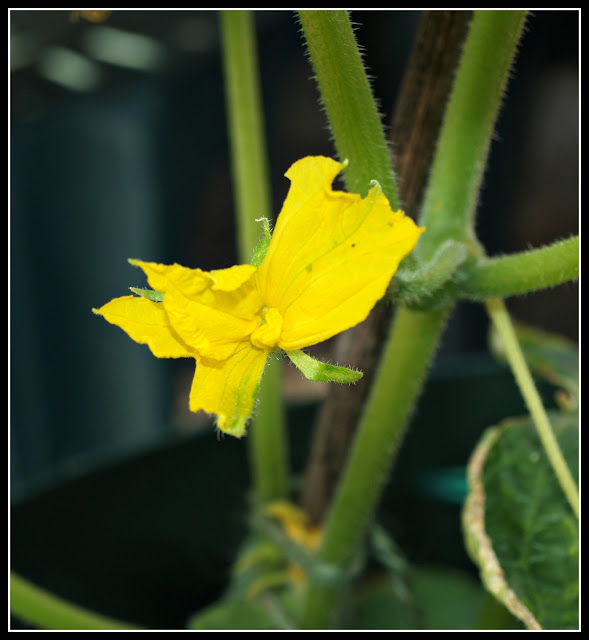 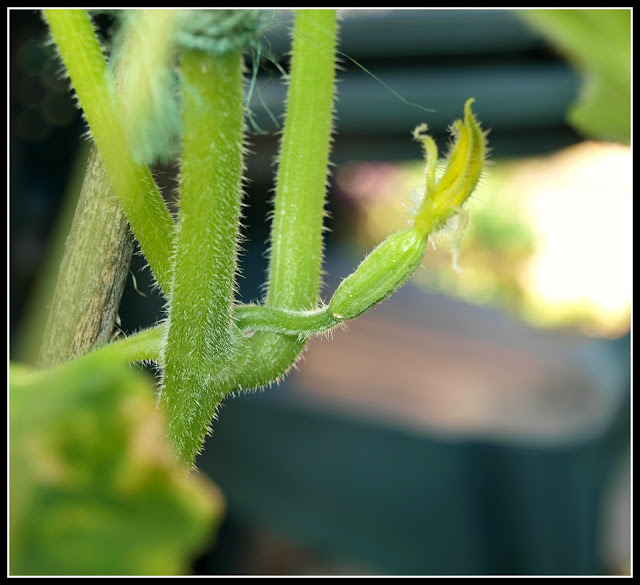 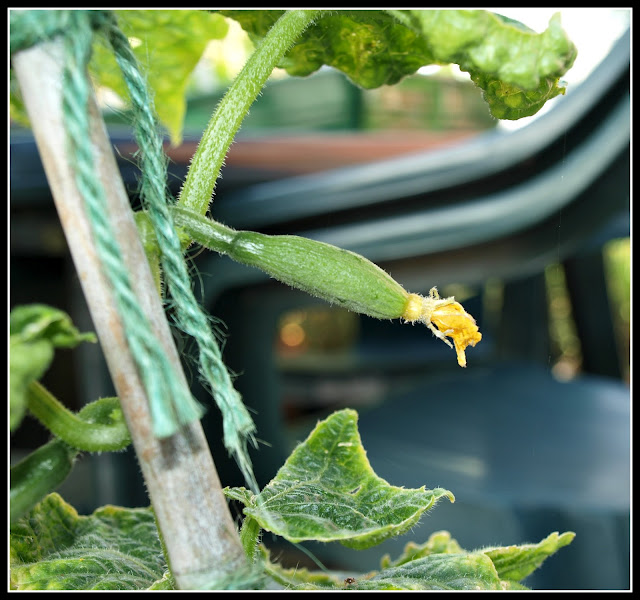 A few days ago I harvested these two little beauties, which were crisp and tasty: 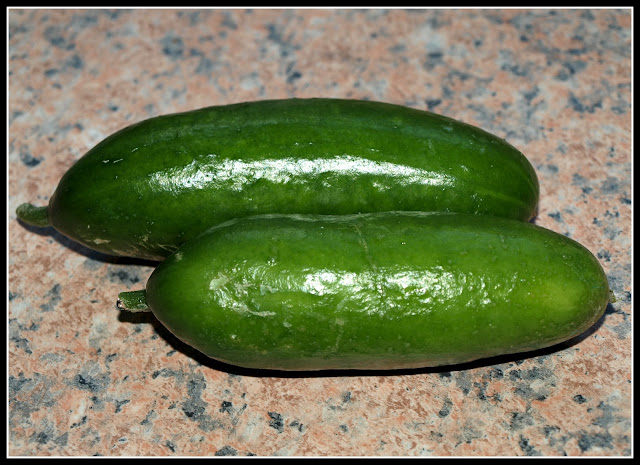 We ate them as part of a Middle Eastern-style meal, which included lots of different salads and a Broad Bean dip. 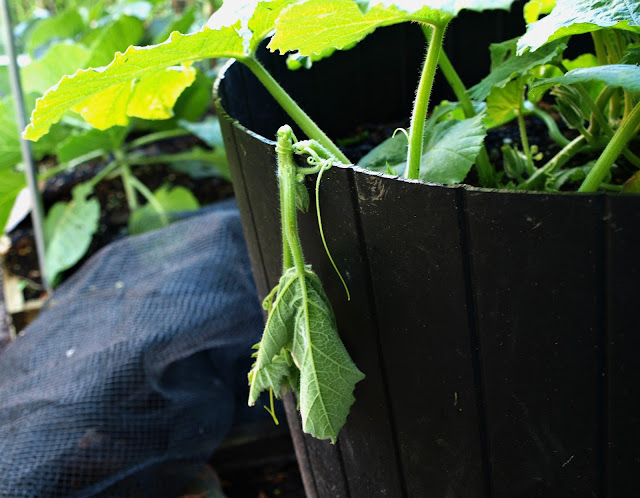 Grrrrrr! How did that happen? Heavy rain? Foxes? Birds?