Over the last few days we have finally had some weather that could reasonably be described as "Summery". Daytime temperatures have been in the mid- to upper-20s. Woohoo! The tomatoes like it, that's for sure. 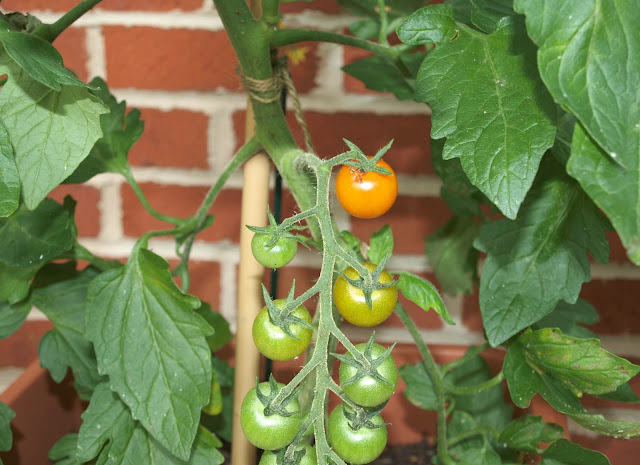 But there is bad news in relation to these tomato plants too - several of them have contracted blight. Blight is an airborne fungal disease, and is fostered by warm, humid conditions.The signs of this disease are unmistakeable - black patches on the stems and brown shivelled leaves. 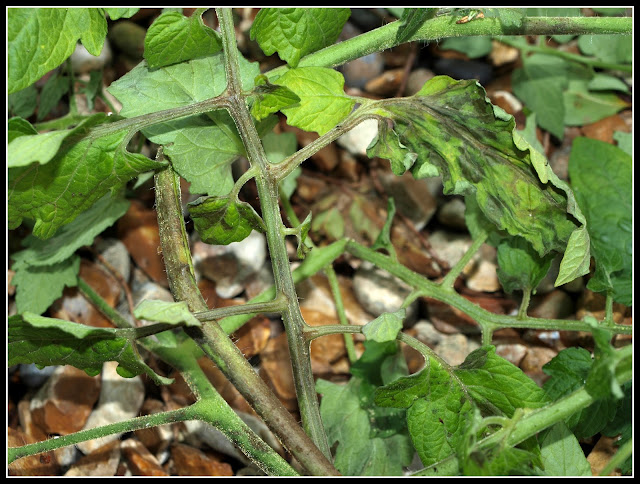 I have cut off all the affected bits that I can see, but that is only ever going to be a temporary measure. Once blight has taken a hold there is no stopping it. Two of my tomato varieties ("Ferline" and "Orkado") are ones specially bred to be blight-resistant, but even they will eventually succumb. So it's a race against time now. Can the plants produce some ripe fruit before they die? I think the answer is Yes. The "Sungold" plant in my first photo above, for instance, evidently has a few fruits that are nearly ripe already, so it only needs to survive for a little bit longer.

Of course, I would like all my tomatoes to be completely unaffected by the blight, but that is no longer an option, so I have to do the best I can in the circumstances. If the plants get badly affected, I will pick the green fruits and ripen as many as possible of them indoors. Until such time I will continue to pick off the worst-affected leaves and hope for the best. Spraying with a solution of Bordeaux Mixture may help to retard the growth of the blight, so if I get the time I may attempt this at the weekend, when I get the time.
Next year I may try a different strategy: covering the tomato plants with thin plastic "coats" to shield them from the blight spores. I have seen such things advertised in catalogues, but I have not yet tried them.

Meanwhile, thinking more positively, the tomatoes' relatives the Aubergines have developed into big powerful plants - not tall but solid. 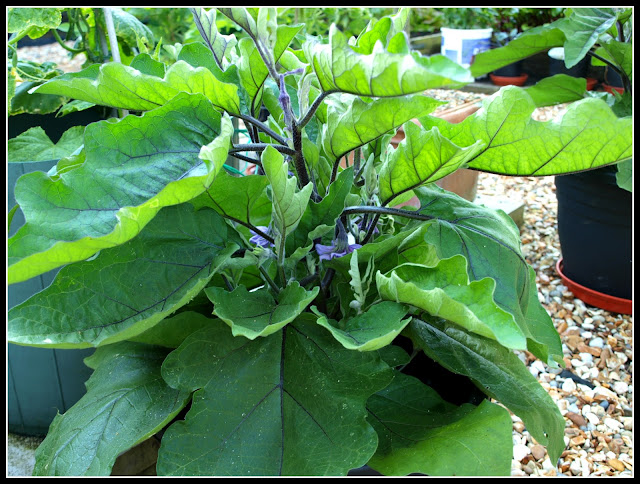 And covered in flowers now too... 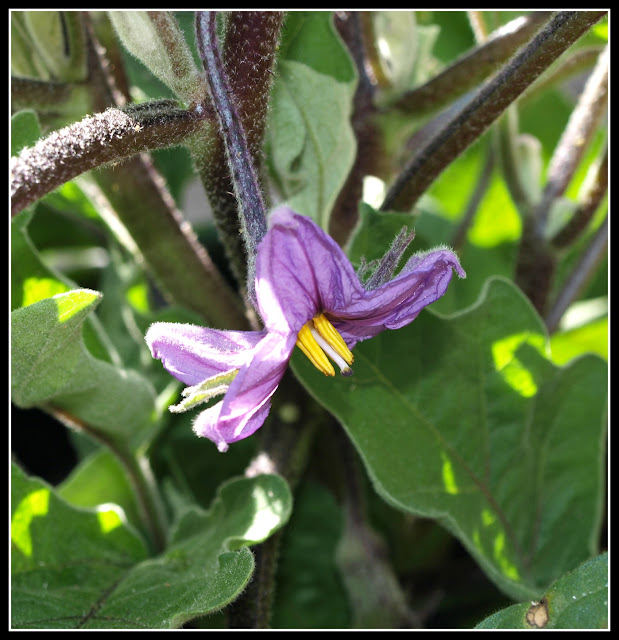 Each of my two plants has about five or six flowers (it's hard to be sure because the foliage is so densely packed). 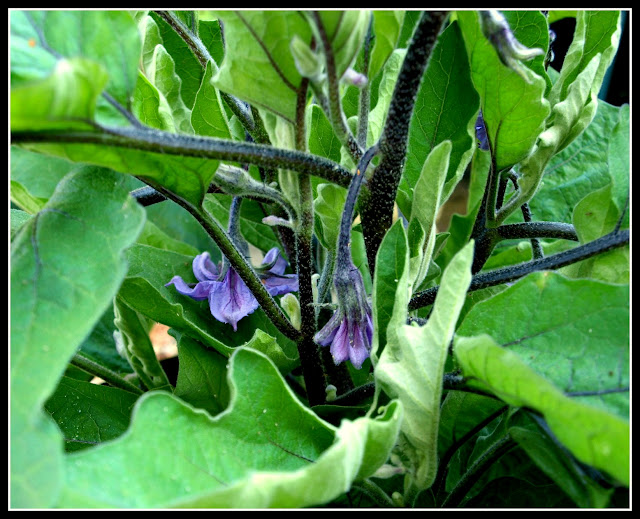 Since Aubergines are part of the Solanaceae family, along with the Tomatoes, can they get blight too? Does anyone know? Potatoes are the other prominent member of this family, and they certainly can!
Posted by Mark Willis at 17:30