High Summer is the time we associate most with the harvesting of salads. Having a supply of cut-and-come-again salads, like this tub of Baby Leaf lettuces is a very convenient way of doing things. It involves hardly any effort, hardly any space, a tiny amount of soil or compost and a packet of seeds will last you a year. What's not to like?? 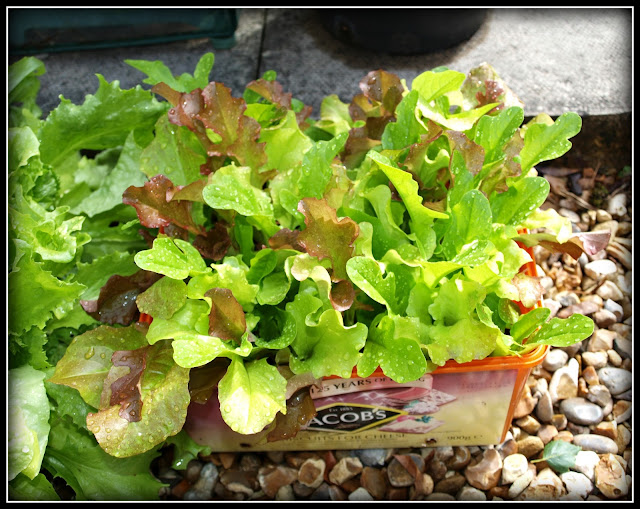 If you want something a bit more upmarket, there are literally hundreds of different Lettuce varieties to choose from, like this "Marvel of Four Seasons", a very attractively coloured Butterhead (soft) type. 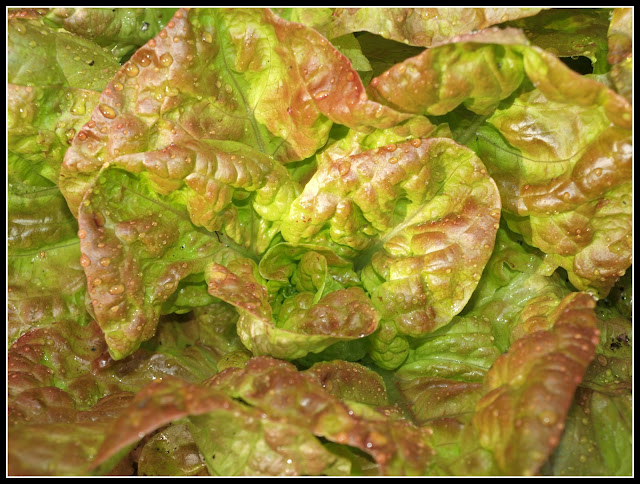 ﻿
But you also need to think ahead, to ensure a steady supply. I am already anticipating the return of cooler weather (cooler? In 2012? we have had cool most of the year!), so I have sown some Endives and Chicories which will hopefully give me a supply of salads throughout the Autumn. These plants are generally hardier than Lettuces, and will do well when Lettuce won't. I know that is an over-simplification, but I'm sure you know what I mean.

I chose to sow a mixture of different Endives and Chicories, working on the basis that at least one type must do well! 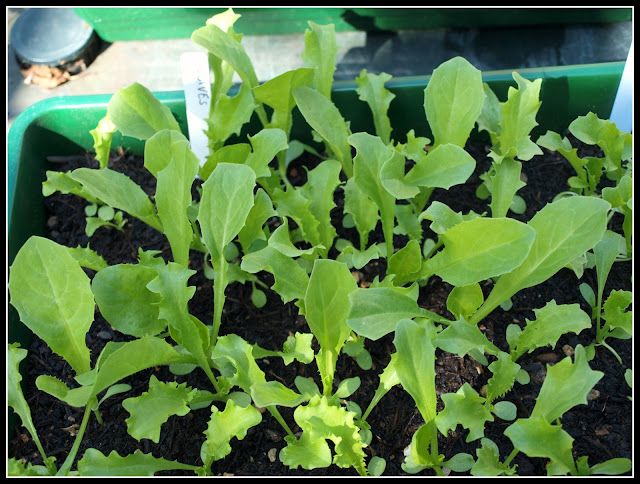 It's important to choose appropriate varieties though. Some Endives will survive hot dry conditions well enough, but others will bolt at the slightest excuse, so if you sow in July a variety which is bred for Spring sowing it is not going to do well. Last weekend when I was over in France I paid a visit to my daughter's local garden centre "Jardiland" and bought a few packets of seeds, including an Endive or Chicoree Frisee called "Wallone, race Lorca" which is recommended for sowing in June, July and August, and for harvesting from September to December. It ought to be just right. 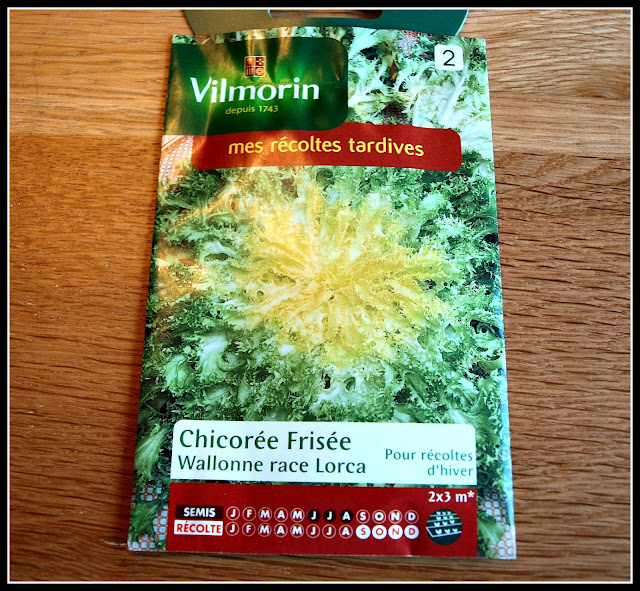 I always like to get something different, and it disappoints me that British seed catalogues usually only list one or two Endive varieties when French ones have twenty! 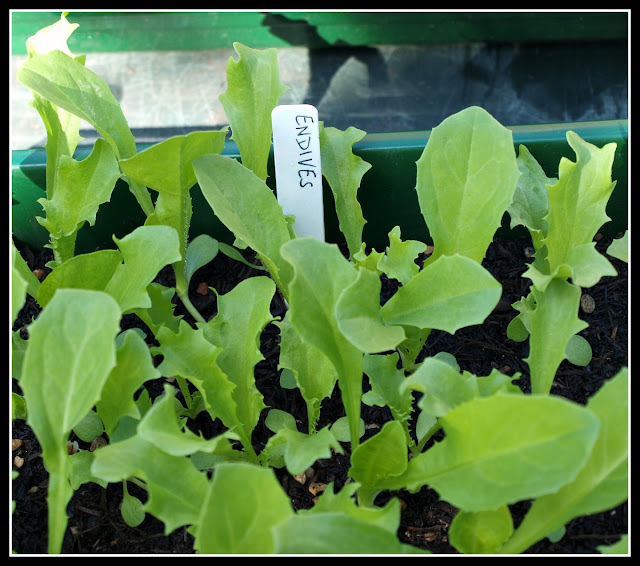 The Chicories don't look particularly impressive when they are this small, but as they get bigger the colouring becomes more intense. These ones of mine are a mixture of "Firestorm" and "Palla Rossa". 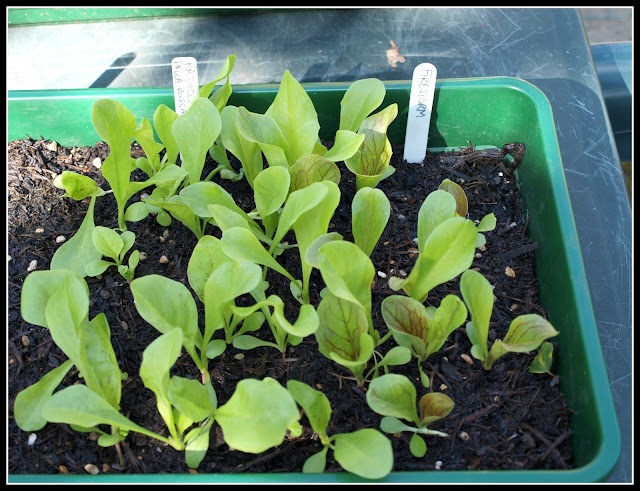 Firestorm is the one with red veins. When it is mature it will be a deep claret red, with white ribs. 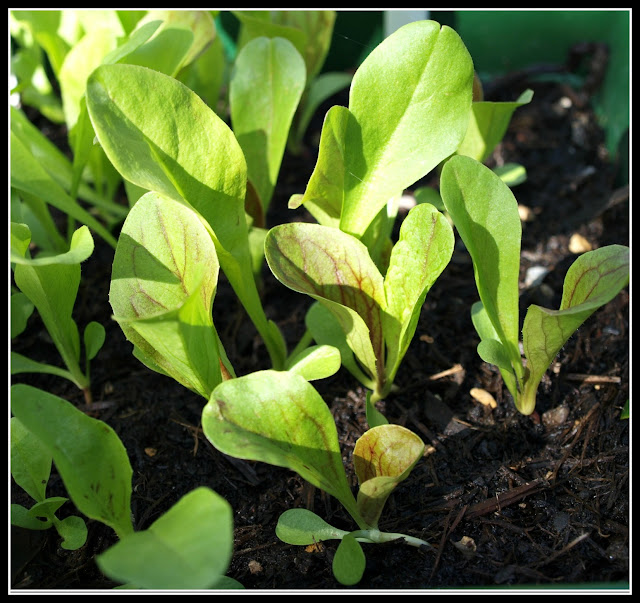 But it won't be ready for two or three months.... Patience and forward planning is required! If you haven't yet sown any seeds for Autumn salads, now is the time to do it.
Posted by Mark Willis at 17:30