The long-awaited moment has arrived. I have harvested my first Broad Beans of the year. 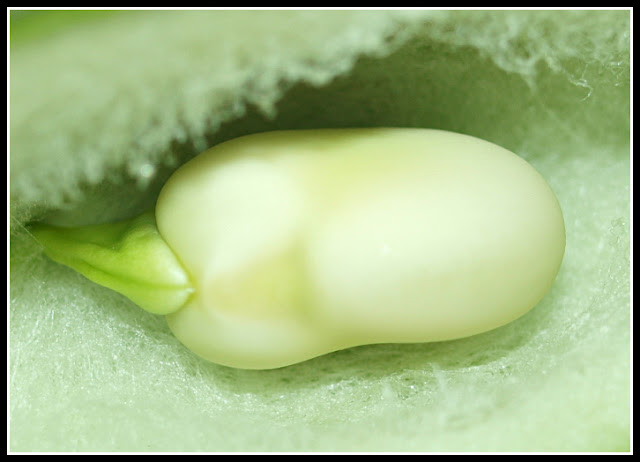 This usually signals the start of a period of plenty in my garden, after the leaner times earlier in the year.
Talking of signalling. My beans have taken up the art of Semaphore signalling. When the pods, which were previously upright, are ready, they drop downwards. 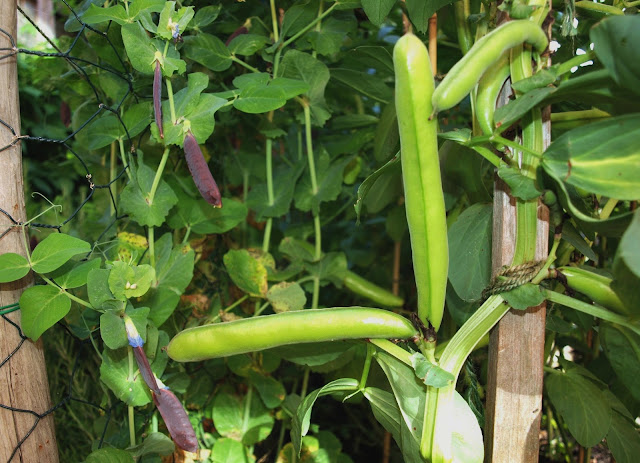 Do any of you know Semaphore? (I don't - I had to look it up). My beans are obviously not experts at it because they are signalling the letter "P" ! (Get it?)

This picture shows the downward movement well. The pods at the top of the plant (which formed slightly later) are still upright, whereas the ones lower down have already fallen. 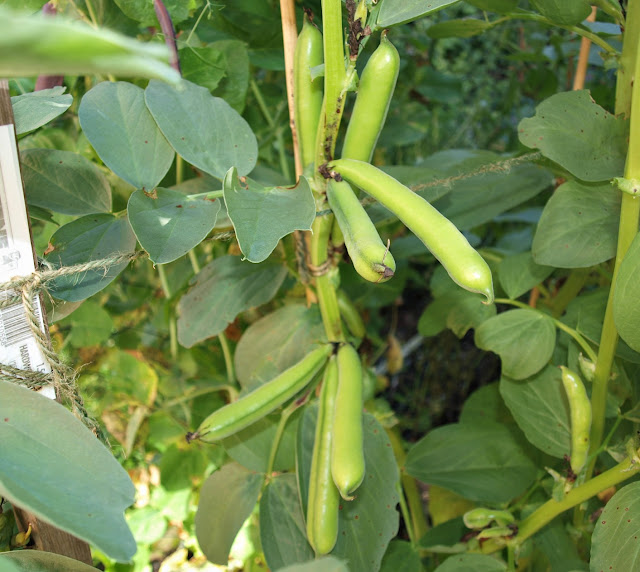 It must be because of the huge weight of beans inside those pods... (positive thoughts never do any harm!)

Well, the Blackfly have evidently been waiting for a turn to suck the lovely sap. You can tell they're British blackflies, can't you - forming an orderly queue? 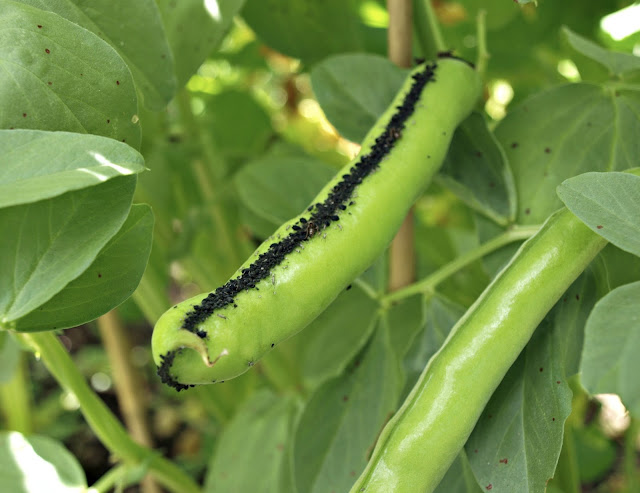 I suppose it is easier for them to suck the sap along the seams of the pod rather than elsewhere.

A few blackflies are not going to prevent me getting a nice harvest though. Those beans are well-protected in their fluffy fleece coccoons. 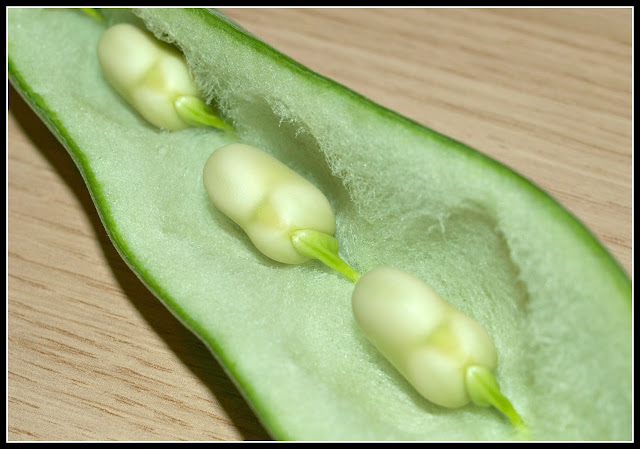 This first harvest is not very big - but it's the sweetest in more ways than one. 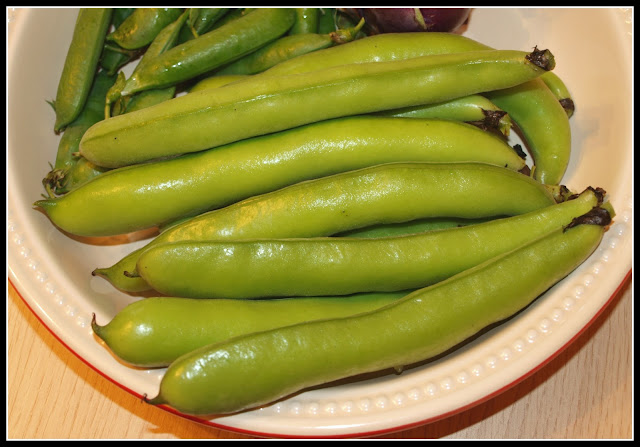 The beans were used in a"vegetable garden medley" with peas and kohlrabi, alongside some "Anya" potatoes, as an accompaniment to a chicken and mushroom pie that Jane made: 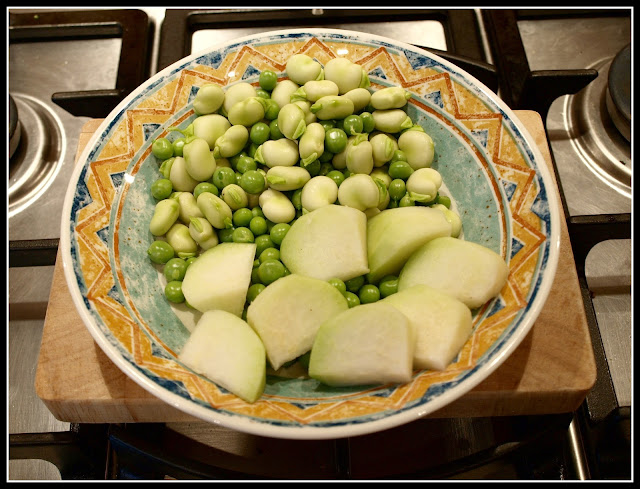 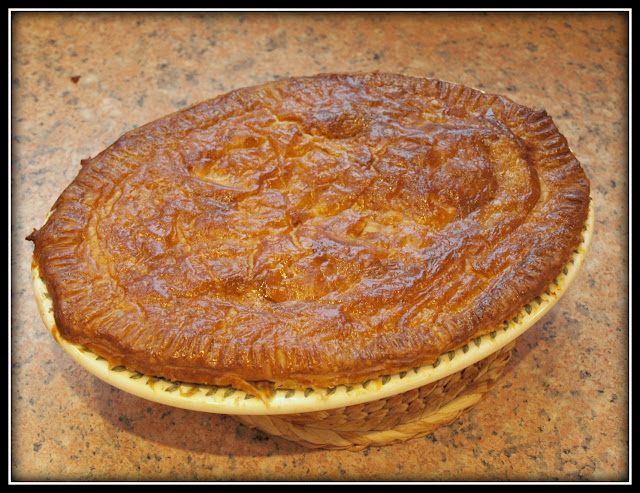 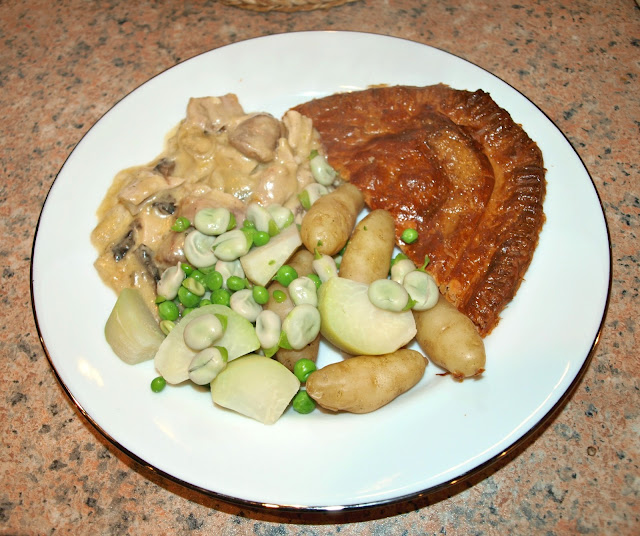 Definitely worth the wait!
Posted by Mark Willis at 17:30