The Comfrey Tea is brewed

The other day I wrote about making Comfrey Tea, and I promised to show you the finished article when it was ready. Well, here it is: 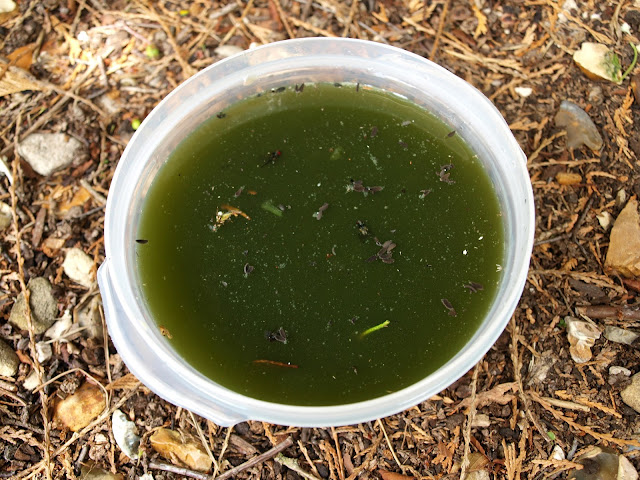 I think this can definitely be classed as a Green Tea!

I strained off from my bucket enough to fill this 500ml container six times. The liquid was dark green, murky and full of fibres. I used it on the plants that I felt needed it most - my Squashes and Cucumbers. Hopefully it will give them the boost of which they are in such dire need.

Once I had used the liquid, all that remained in the bucket was a soggy mass of stalks. 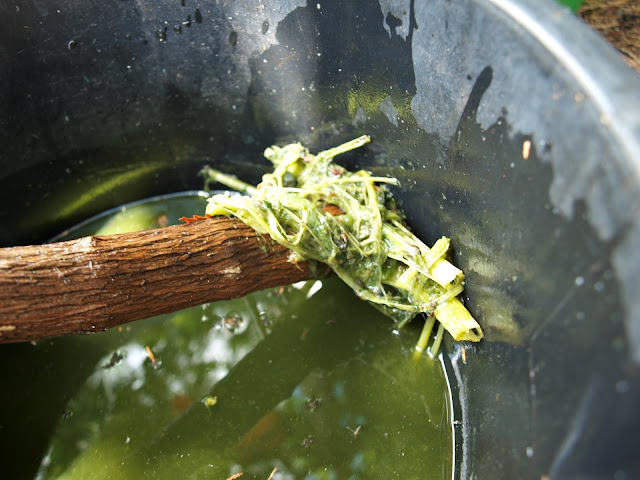 These will eventually break down too, so I put in a few more Comfrey leaves and some more water and "put it on the back burner to brew some more".

Several of the cuttings that I planted on 12th June have already sprouted, so hopefully my Comfrey patch will be brought back up to strength by the end of the Summer. 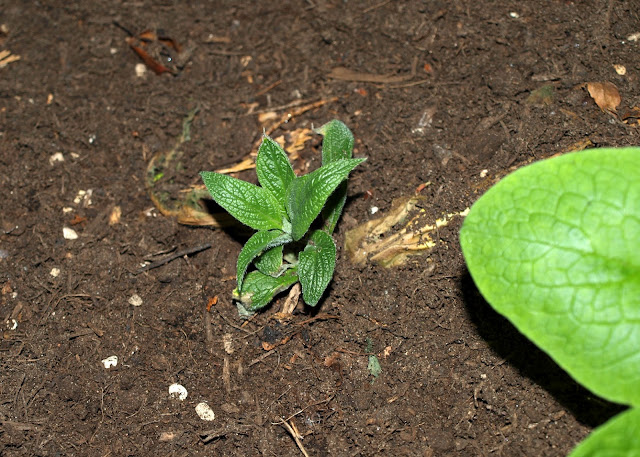 All I did with these was to chop a length of stalk into approximately 6" lengths and bury each one deeply in the moist soil. 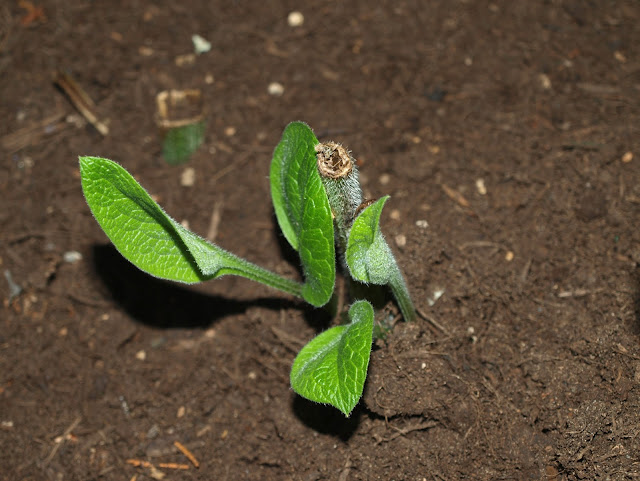 I think it helps if you ensure that each section includes a leaf joint, but it's not vital. 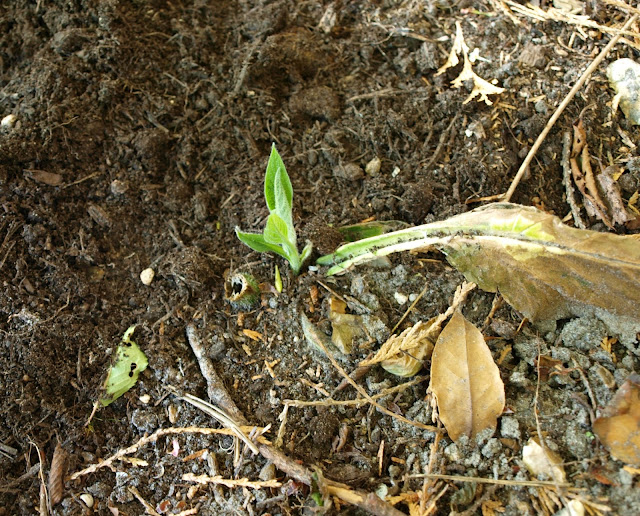 If only more plants would establish from cuttings this readily!
Posted by Mark Willis at 17:30