My garden is full of lush herbs at present, many of which are flowering, such as this beautiful Greek Oregano: 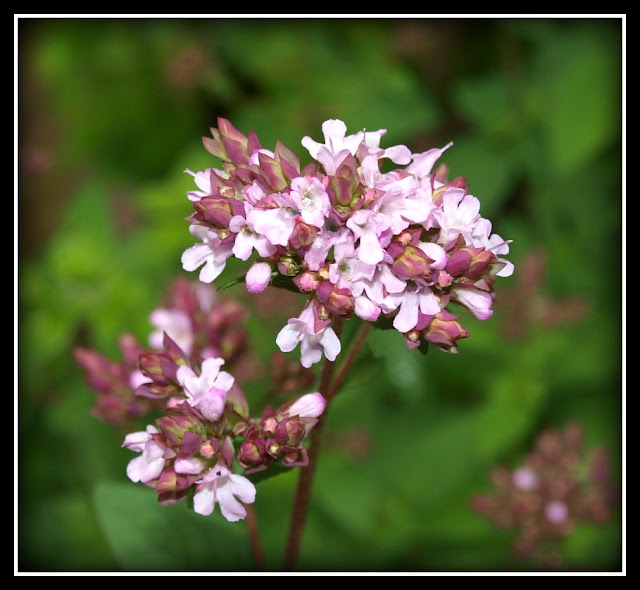 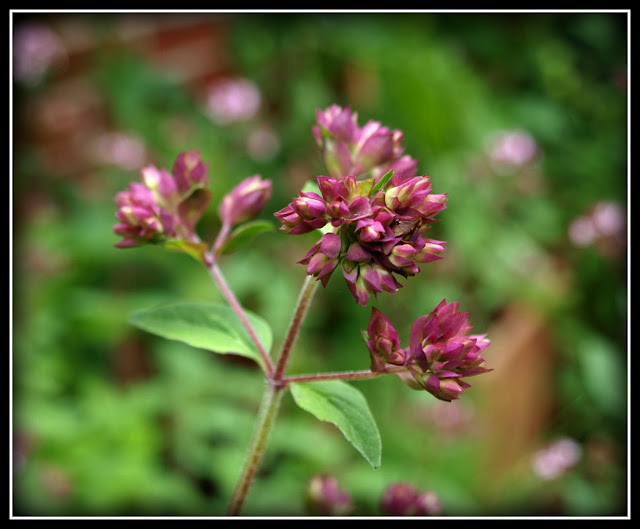 I grew my Greek Oregano from seed, two years ago. Once it had grown to a reasonable size I potted-up the small seedlings and they soon grew into sizeable plants. I now have plenty of them, which is good because Oregano looks good, tastes good and is very attractive to bees. The flowers are only just opening on this one, and I expect them to look even better in a week or so. 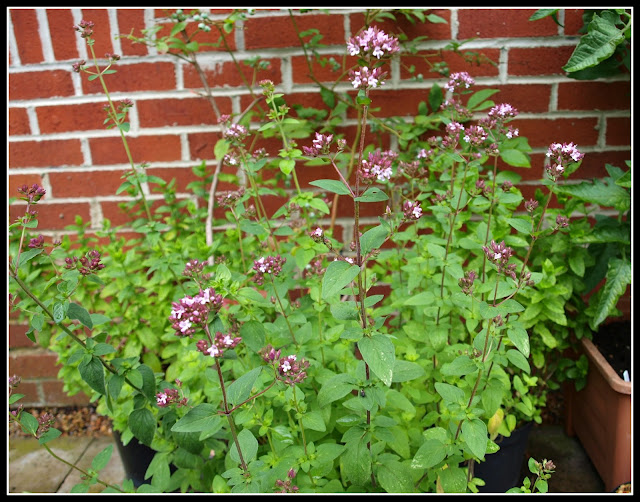 My Chives finished flowering a couple of weeks ago, and I then cut them down to about 2 or 3 inches tall, in order to promote re-growth - which it certainly has. In the current wet conditions, the Chives are growing very rapidly, and I'm sure they will produce a second flush of flowers in a few weeks. 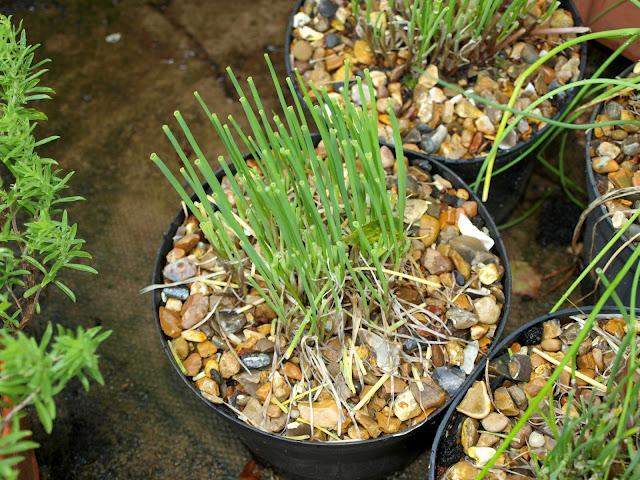 I cut three of my four pots, but left one, so that we still have a few Chives we can use while the other pots are re-establishing. I just removed the flower-stalks, which are tough and unpleasant to eat. 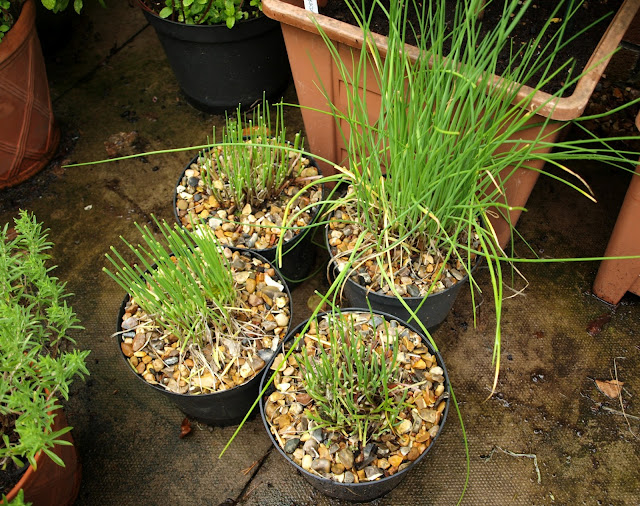 The Winter Savory is healthy and vigorous too. This is another one that I grew from seed, since you seldom see it on sale except as seeds. I use it sometimes for flavouring Broad Bean dishes. In times gone by this herb was often called "The Broad Bean Herb" because the two go so well together. 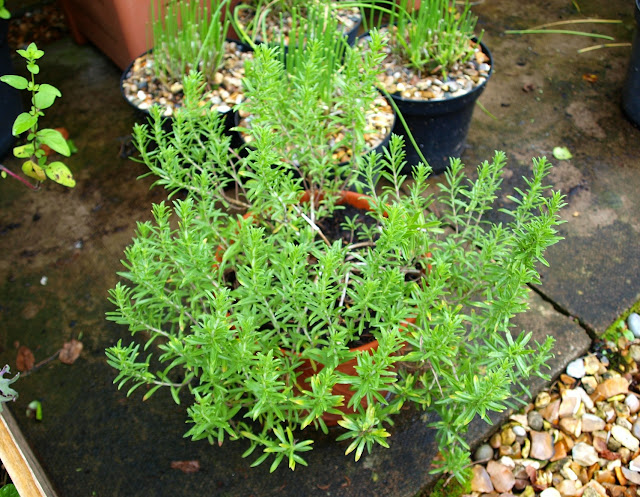 ﻿
In amongst the Runner Beans, between each pair of canes, I have put a little clump of Parsley. 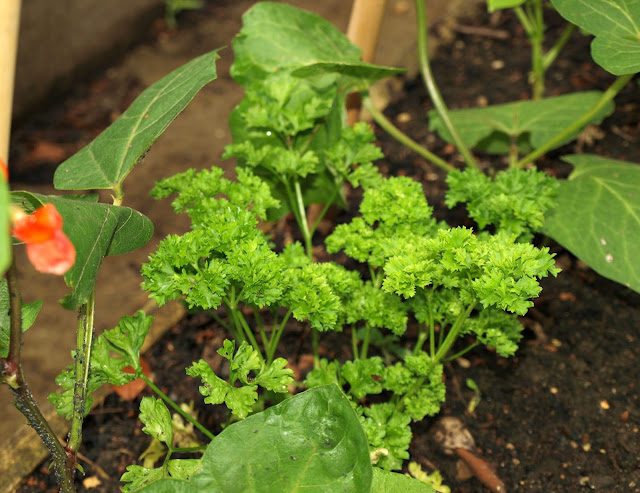 I'd love to have enough Parsley to use it in huge quantities (in "vegetable quantities", as Jane says) and maybe make it into Green Dragonette's Grandma's Magic Parsley Sauce, but despite my best efforts I always seem to be struggling to produce viable quantities of the stuff!
Posted by Mark Willis at 17:30