One of my favourite flavour combinations is Broad Beans with bacon. With this in mind, and since I have lots of home-grown beans available at present, I made that combination a major component of a meal I cooked for us a few days ago.

This is the yield from about 500g of Broad Bean pods - enough for a two-person serving: 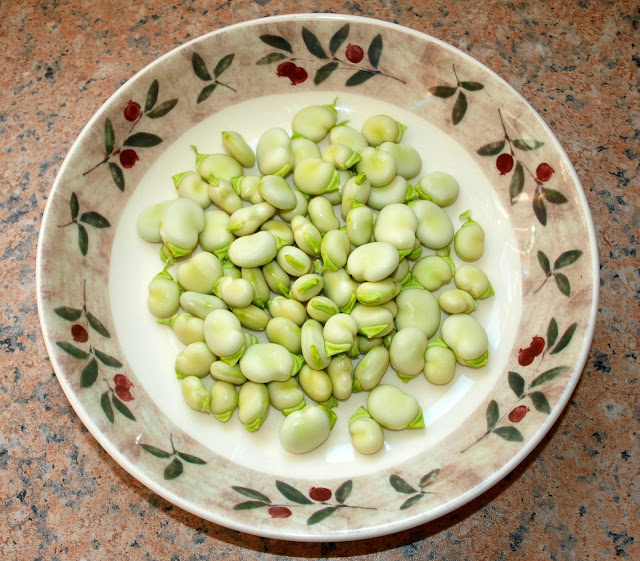 I pre-cooked the beans in boiling salted water - it only takes 3 or 4 minutes - drained them, and set them aside. Meanwhile I cooked some bacon lardons in a frying pan until they went slightly crispy and were oozing fat. Then into the frying-pan went the cooked beans. They don't need any further cooking, so you just need to give them long enough to warm through and allow them to absorb some of the lovely bacon flavour. 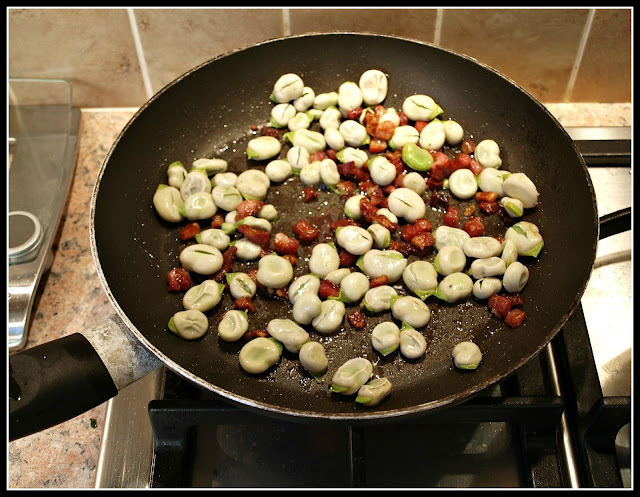 The new potatoes were so fresh that they still split a bit and shed their skins, even though I had halved them before cooking. It is really best to leave them a few days after harvesting before you cook them, to allow the skins to harden, but I think the flavour and texture is at its best if you eat them straight away, so I'm often not that patient. 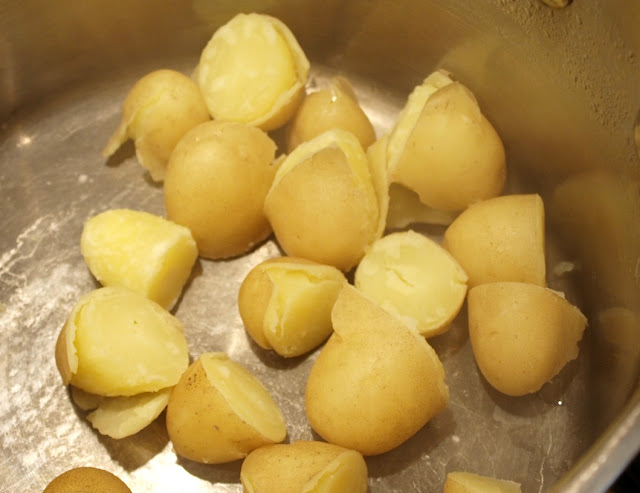 This is my complete dish: grilled Pork chops, boiled new potatoes, Chantenay carrots (shop-bought unfortunately) with Parsley, and of course my Broad Beans with Bacon lardons, all served with an improvised sauce I made, using stock thickened with butter and cornflour and flavoured with Sherry. 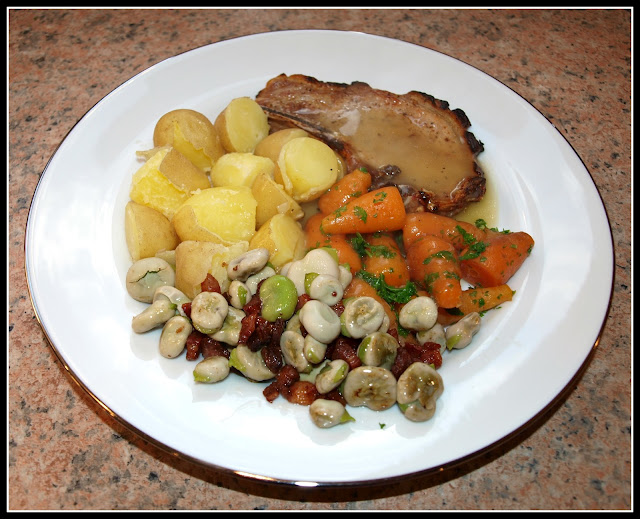 This was the star of the show though:- 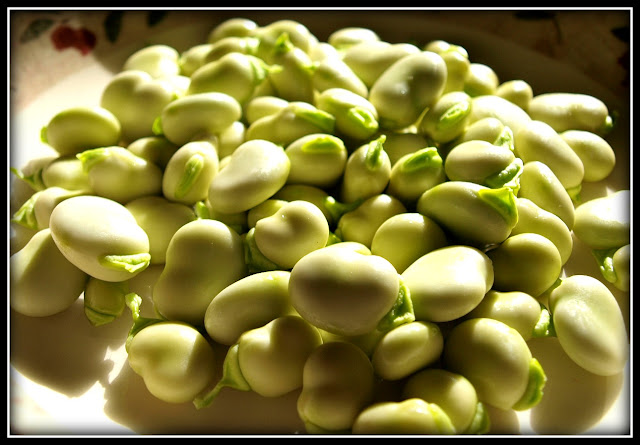 And the best thing is that there are loads more to come!﻿