Normally I would expect there to have been a frost before the end of October, which would kill off most of the salad crops. This year, October has been mild and the salads are surviving - doing well, actually. 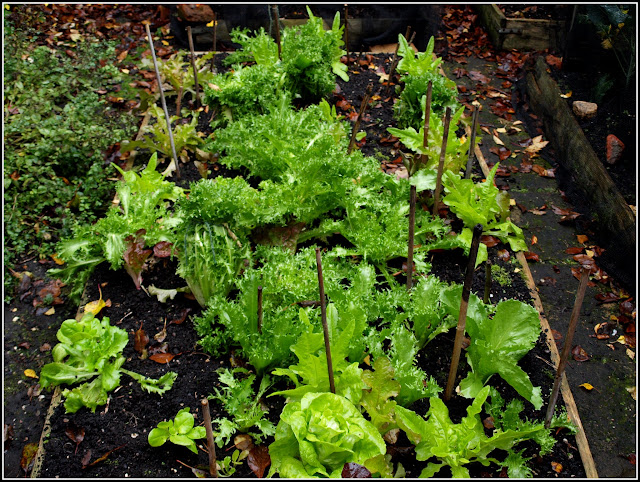 There are several of this type of Lettuce. It is called "Dubacek", and has been grown from seeds received in my seed-swap with Dominika in the Czech Republic. The seeds were sown at the end of July, so it has evidently grown very slowly. 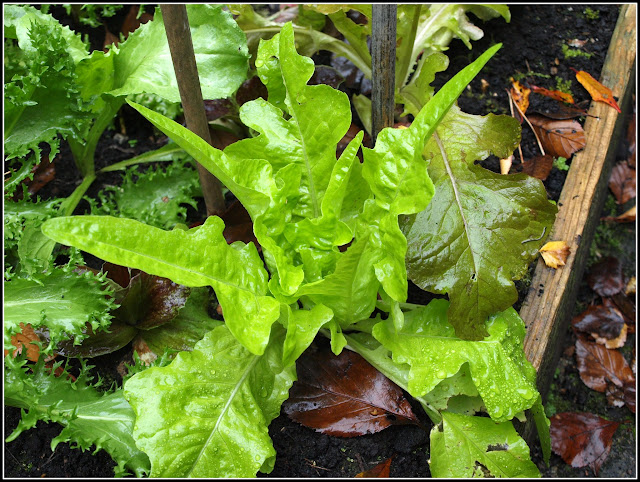 This one is "Redin", another Czech variety, sown at the same time as "Dubacek". 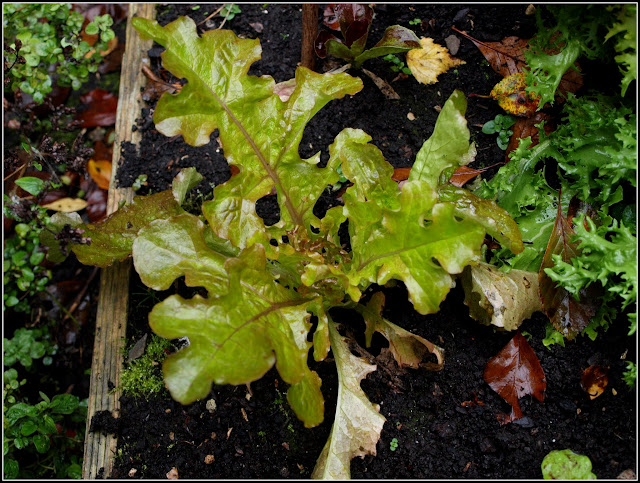 This is one of the blanched Endives (untied moments before cutting). 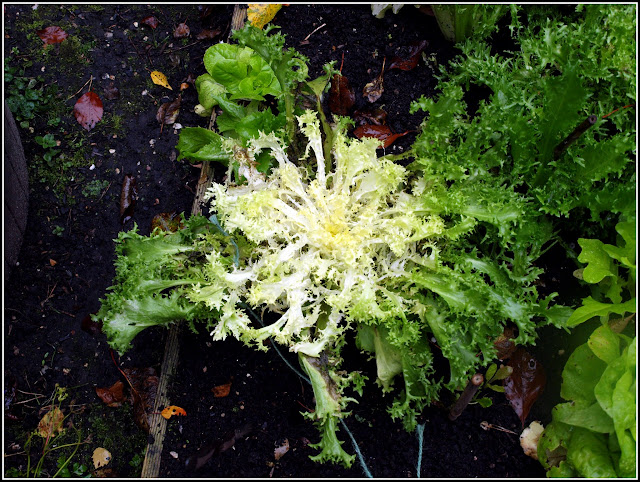 I didn't really want to cut this one, because we already have lots of salad in the fridge, but it was "Use it or Lose it" time - the outer leaves were beginning to rot. 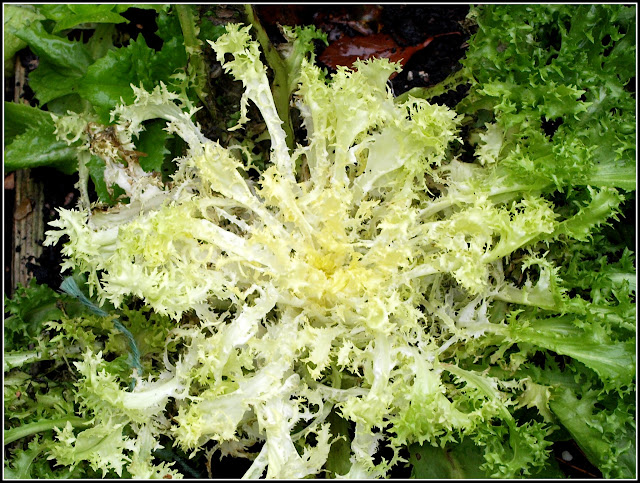 Here is another type of Endive, still tightly tied. 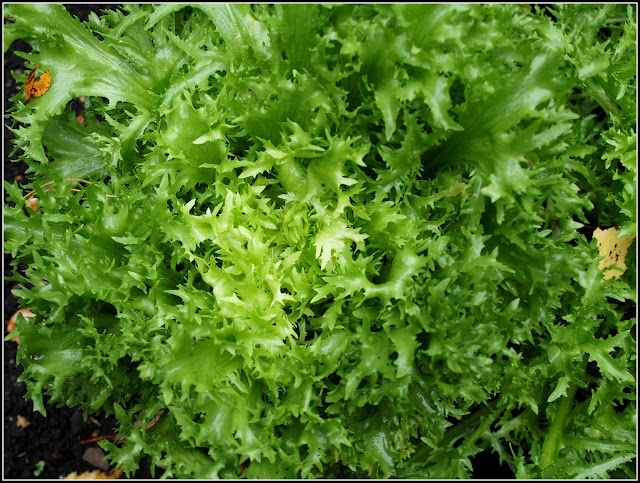 This one is a Batavian or Broad-leaved Endive. 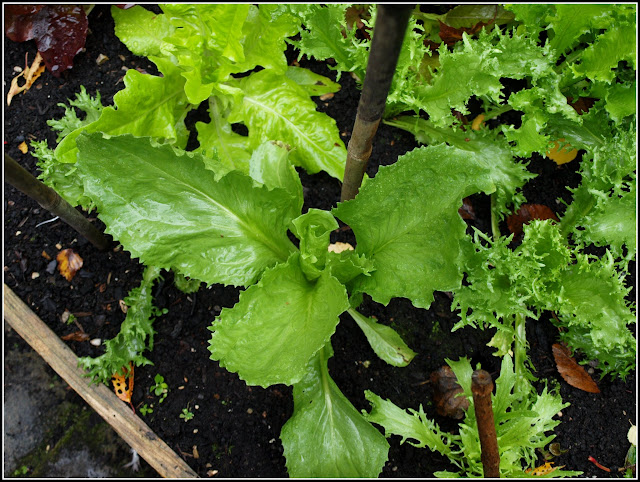 This very frizzy one is called "Tosca". It is currently very tiny but will hopefully continue to grow. 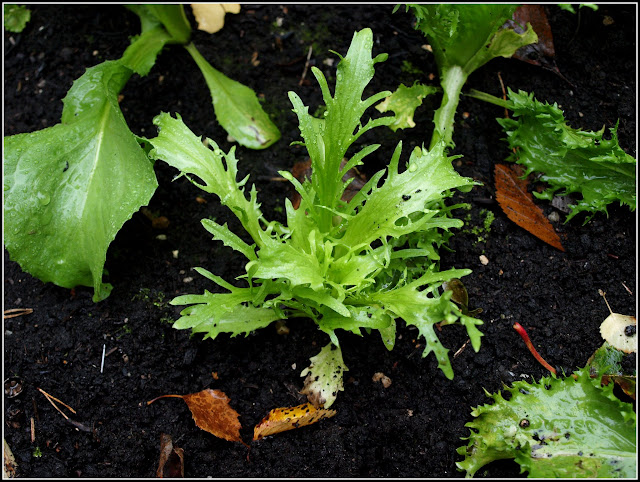 The "Palla Rossa" Radicchio are also still tiny. They have grown incredibly slowly. I blame the compost. It just didn't seem to have any nutrients in it, and it took AGES for the seedlings to grow large enough for planting out. I think they may never come to anything. 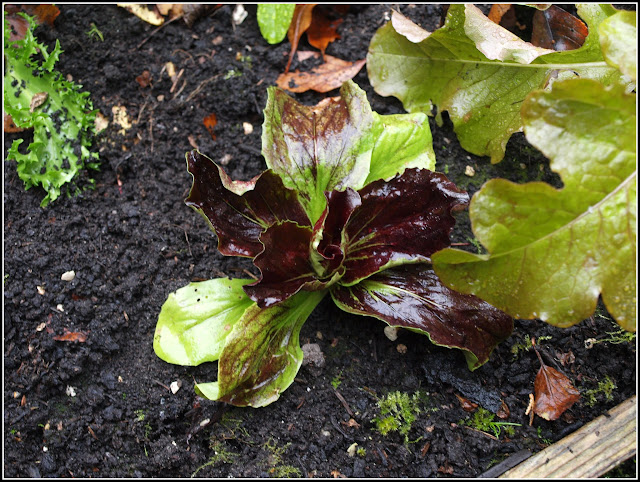 Many of the bigger Endives will have to be used in the next couple of weeks, before they rot, and when the salad bed is a bit emptier I may cover some of it with my big long cloches. This will give some of those little Lettuces, Endives and Radicchio a chance to mature without being taken down by frost - which must come soon, surely?
Posted by Mark Willis at 17:30