This year I am growing three different varieties of Leek - "Apollo", "Toledo" and "Winter Giant". The reason I have three types is firstly to extend the harvest season, but also because if one variety doesn't do very well perhaps another will. 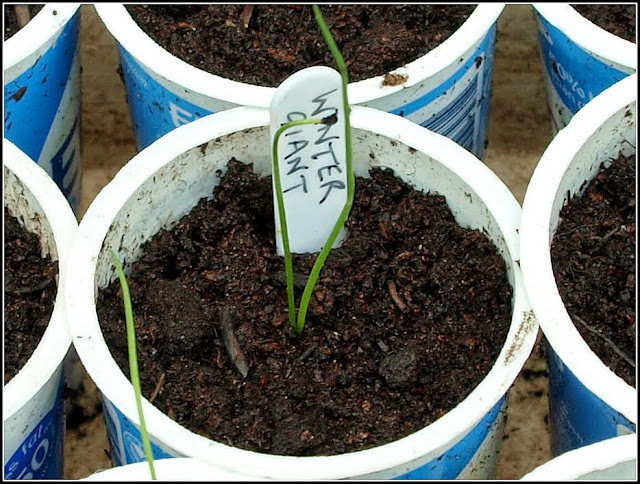 At the weekend I pricked-out a little batch of "Winter Giant". Prior to this they were all growing in one pot - their "seed bed". Pricking-out means separating them and putting them into individual pots. As you can see, the pots I have used are the tried-and-tested Elmlea ones, which are tall and slender - ideal for Leeks which need some depth but not a lot of space. 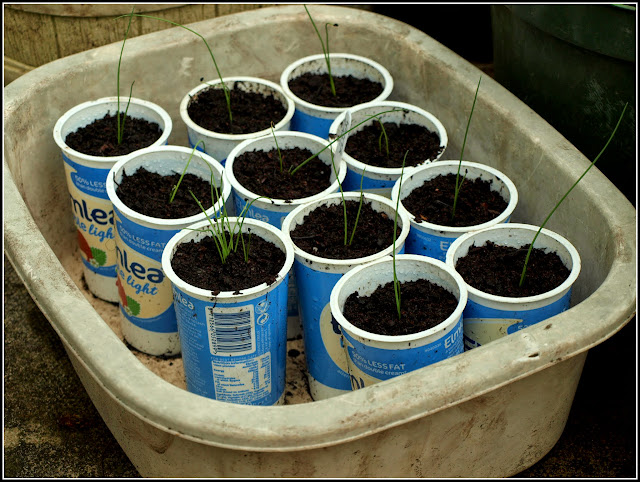 There were, I think, 16 Leek seedlings, and I have potted-up the 10 best ones and put all the others into one further pot - just in case of casualties. 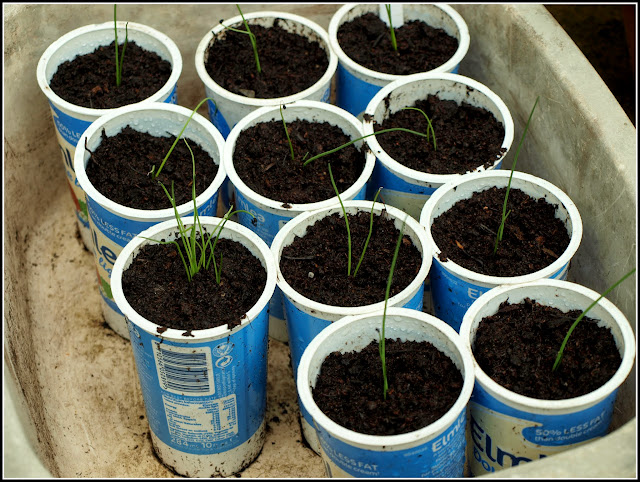 I will now grow these on for a few weeks, until they are about the thickness of a pencil, at which point they will be planted-out into their final growing positions. 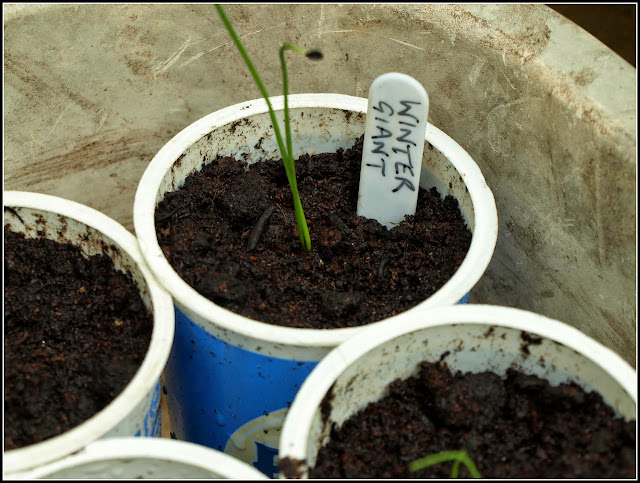 As with many other vegetable crops, you have to be patient with Leeks. I will not be harvesting any for a long time. These ones will hopefully mature in the late Autumn or early Winter.

On a different note, I just want to show you how the Salads bed is developing: 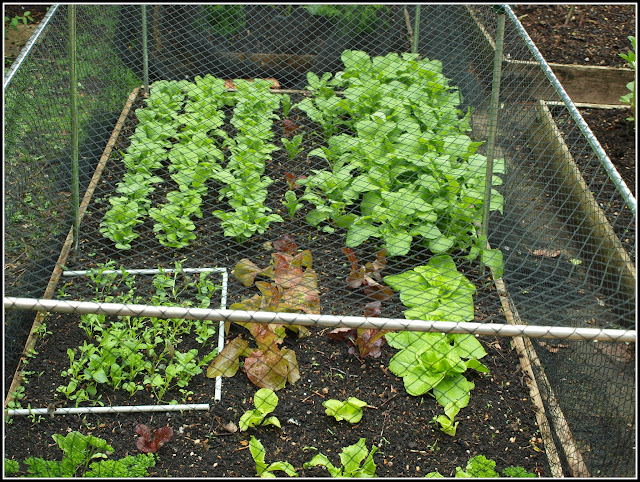 It looks a bit weird, seen through the netting, but you can see how the Lettuces (foreground) have grown, and how much foliage the Radishes (background) have produced. I have harvested more-or-less one complete row of Radishes, but there are five more to come. The little patch of "Cutting Salad" over at the left is growing rapidly, though disappointingly hardly any of the Lettuce seeds germinated. The patch therefore consists mostly of Rocket and Oriental Brassicas, with some Cress.
Posted by Mark Willis at 12:00