So far this has been my worst year in about a decade for growing chillis. My plants have suffered big problems with aphid infestations, and the prolonged dull, cold and windy weather has held them back a lot. Recently, since going out into the plastic greenhouses, they have also been the subject of slug attacks, and I have had to deploy the blue slug-pellets. Even the two plants that successfully made it through the Winter have now dropped the majority of their leaves. The best I can say is that (mostly) they are just about hanging on. Surviving, Yes; thriving, No.

Over the Bank Holiday weekend I moved some of the bigger ones out into the open. I thought that a bit of buffeting by the wind might persuade them to toughen-up. I know that lots of people who grow chillis indoors use electric fans for the same purpose. 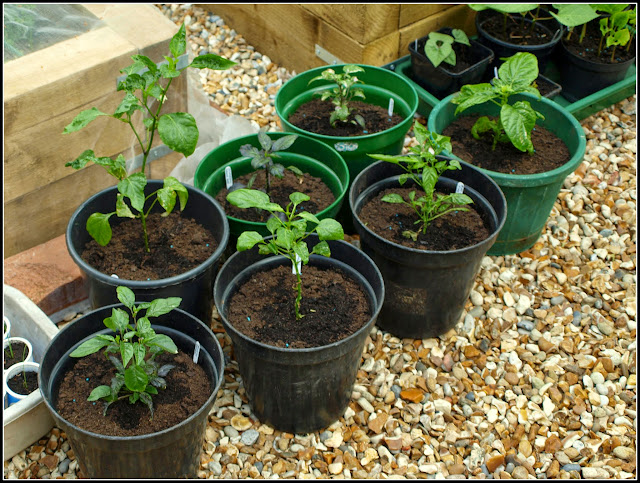 As you can see, none of them are impressive specimens - and these are the best ones!

At least one or two of them are finally producing a few flowers. This one is "Bolivian Rainbow". 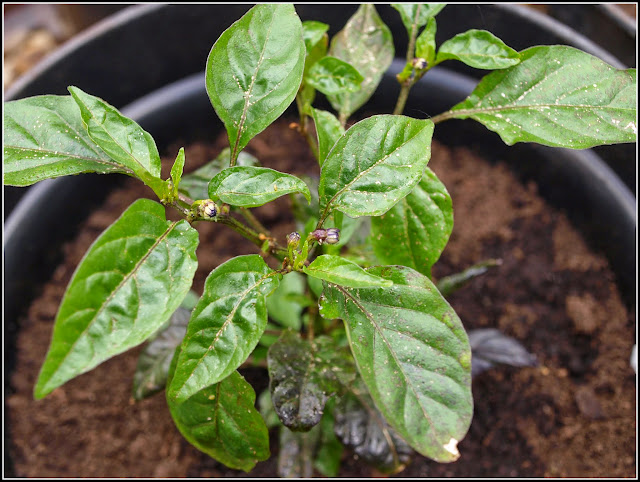 This spindly affair is "Cayenne", which currently looks like being the first one to set fruit this year. 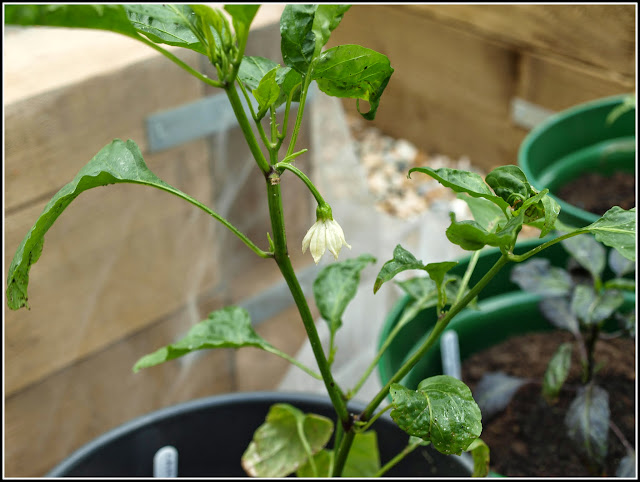 Although many of the plants have lost a lot of their first flush of leaves, it is comforting to see that more little shoots have appeared along the stems, at the places where the leaves formerly were. This one is "Caribbean Antillais". You can see that I have still not managed to eliminate the aphids! 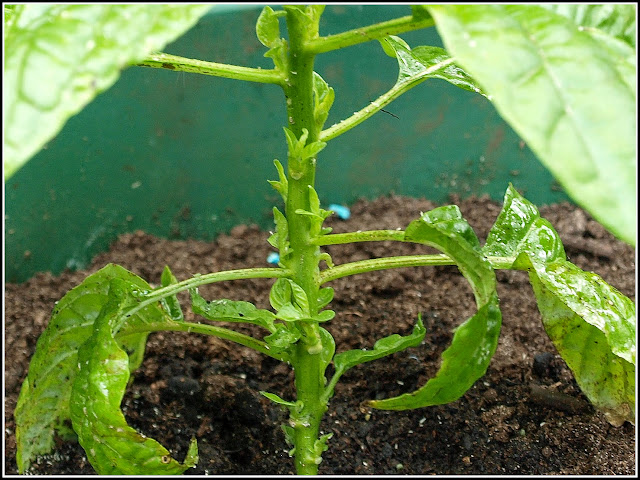 The only grain of consolation in all this is that many of my correspondents on Twitter / Facebook / Blogger, etc report similar problems. Last weekend at the Fleet Food Festival there was a stall selling chilli plants, and to be honest they were little better than my ones - and in most cases a lot smaller too. What we need is a period of warmth and sunshine. That would sort things out...
Posted by Mark Willis at 12:00