On Bank Holiday Monday I planted my last potatoes of the year. They were the four "Pink Fir Apple" ones, which are early Maincrops. They will probably mature in late September.

I am hoping that we have had our last frost of the year, because the potatoes that were in the mini-greenhouses have outgrown their accommodation! 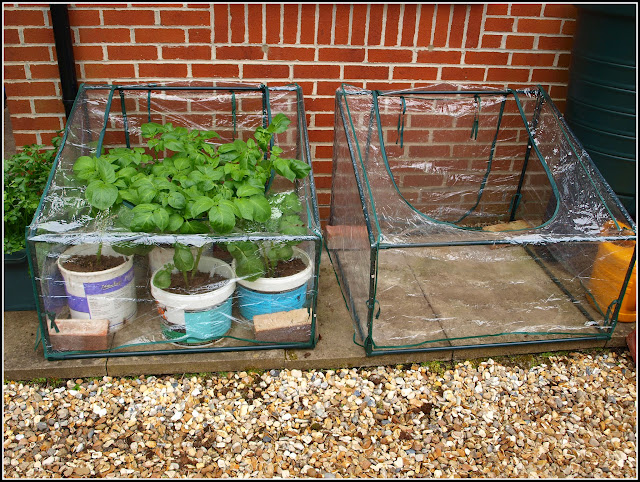 The greenhouse on the left has the First Earlies ("Winston" and "Annabelle") in it still, but their foliage is so tall now that the zip-up lid won't close. The greenhouse on the right (which formerly hosted the "Charlottes") has been emptied of potatoes and is now being used as overnight accommodation for Tomato plants.

My garden is now crammed with pots of potatoes at various stages: 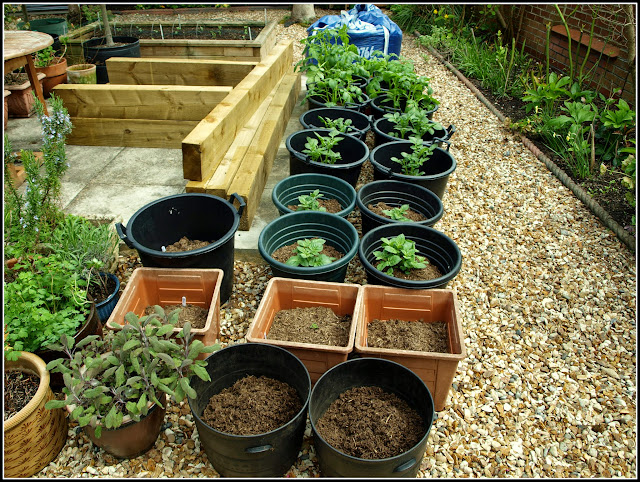 At the far end are the "Charlottes", which have the biggest foliage at this point in time. 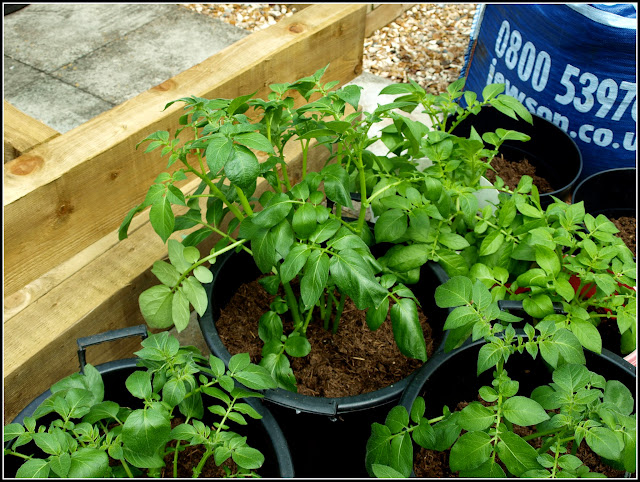 These are "Balmoral", whose foliage is currently neat and compact. 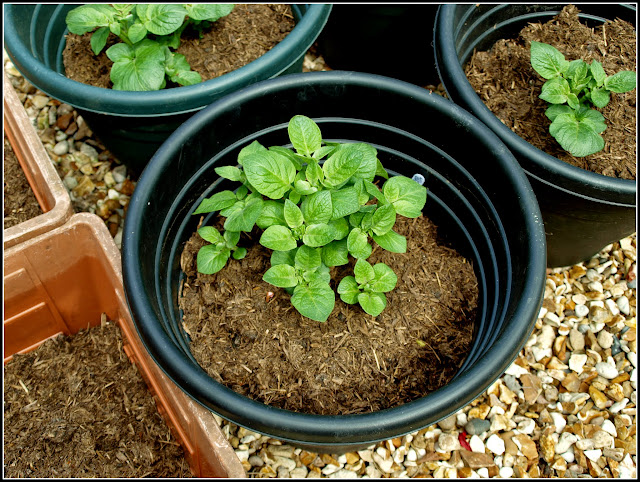 This is one of the Sarpo varieties, planted only the other day, and just peeping through the compost for the first time. 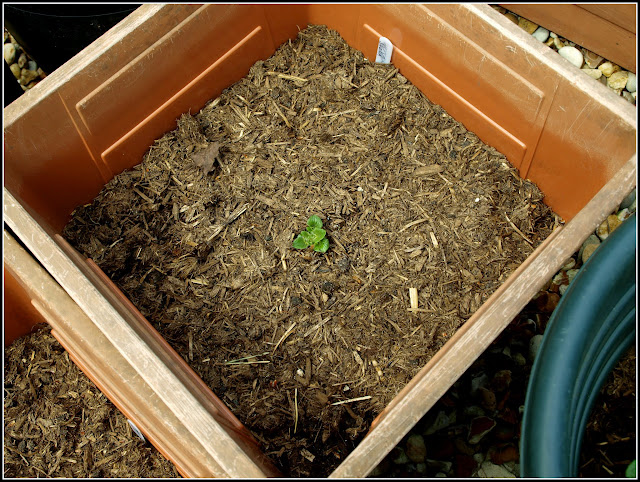 I have deliberately lined-up the potato-containers in a double row so that I will be able to quickly cover them with a run of fleece if frost is forecast. I bought 10 metres of fleece just in case, but it hasn't been needed yet. It's a fairly inexpensive "insurance policy" though - only 59p a metre.

Did you notice the timber for my next raised bed in one of the photos? I have been putting it to good use as a windbreak to protect my little Tomato seedlings. 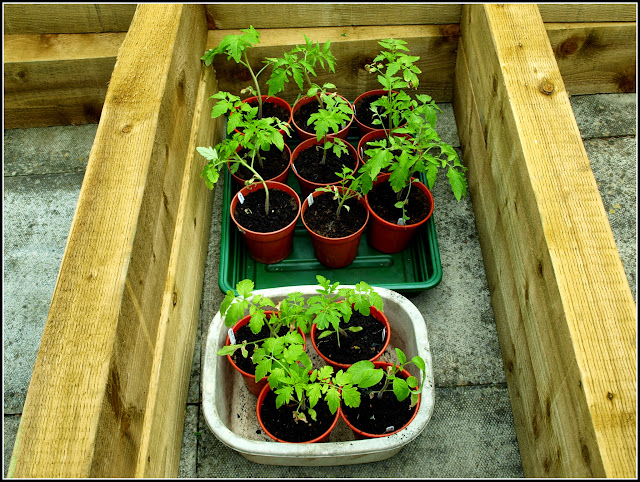 I'm hoping to be able to pot-up at least some of the Tomatoes next weekend, but it all depends on the weather. With a bit of luck the wind will subside. We have had such a lot of windy weather this year!
Posted by Mark Willis at 12:00