Yesterday I wrote about the Parsley, and mentioned that I had been intending to remove it to make space for planting brassicas. If you read my post you will know that the Parsley got a reprieve, but the brassicas were planted anyway. I have put in four Brussels Sprouts and eight "de Ciccio" Broccoli plants. Here's a general view of the bed, with the Brussels Sprouts in a single row down the middle, the Broccoli at the edges and the Parsley still in place at the far end... 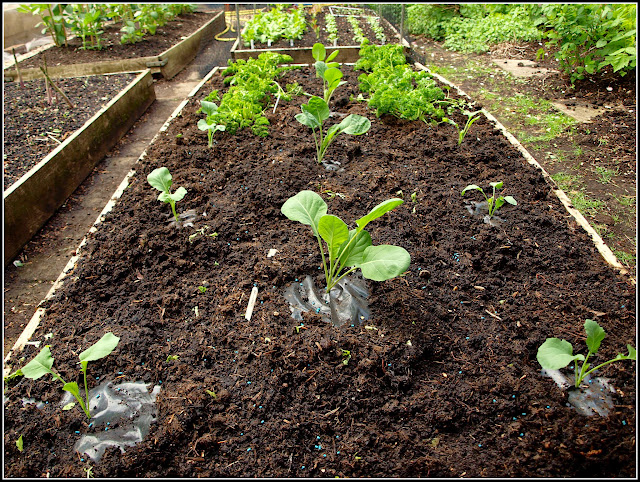 You will notice that the brassicas are protected by pieces of black plastic, so let me explain what this is about.

Young brassicas are often attacked by Cabbage Root Fly, which lay their eggs in the soil right next to the plants. When the eggs develop into larvae, they begin to feed on the roots and stems of the brassica plants, which often wither and die as a result. It is thus traditional to protect the brassicas with "collars", which make it hard for the flies to deposit their eggs near the plants.

You can of course buy Brassica Collars, but despite their unsophisticated nature they are quite expensive, so I have made my own. I cut some squares of plastic from an old compost bag. For the Broccoli plants I used ones about 6" square, but for the bigger Brussels Sprouts I made them about 8" square. 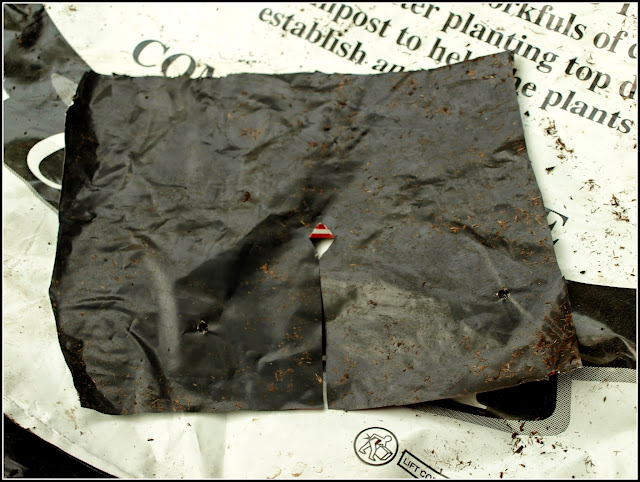 I cut a slit from one edge into approximately the centre of the square and then made a Y-shaped incision, like this: 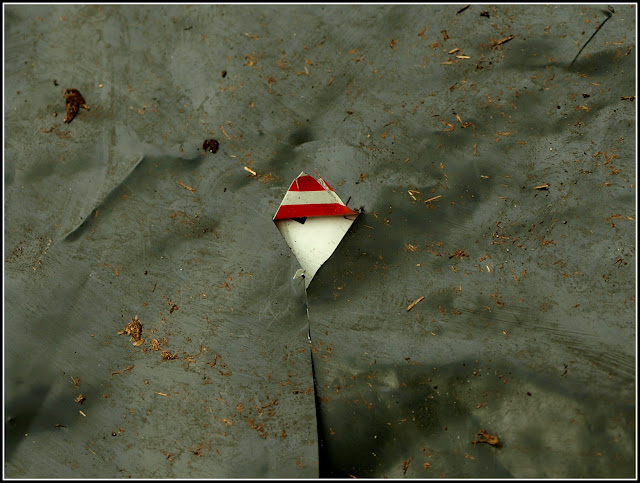 You wrap the collar around the brassica seedling, with the stem coming up through the Y-shaped cut, and weight down the edges with soil, like this: I made sure to water the plants thoroughly before putting their collars on, because the plastic collars will reduce the amount of water they get when (if) it rains. When the job was complete I scattered around a few slug-pellets. 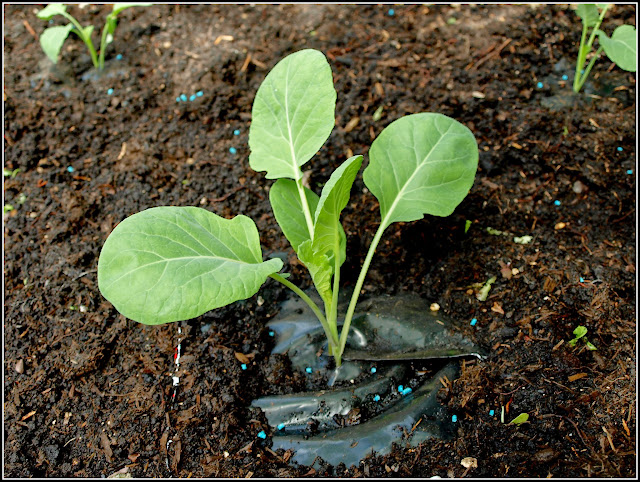 The plant pictured above is a Brussels Sprout. I have planted only four, one each of "Napoleon", "Bosworth", "Cromwell" and "Brilliant".

The Brassica bed is now covered by netting to ward off the Cabbage White butterflies - of which I saw my first specimen only 5 minutes after completing the netting! 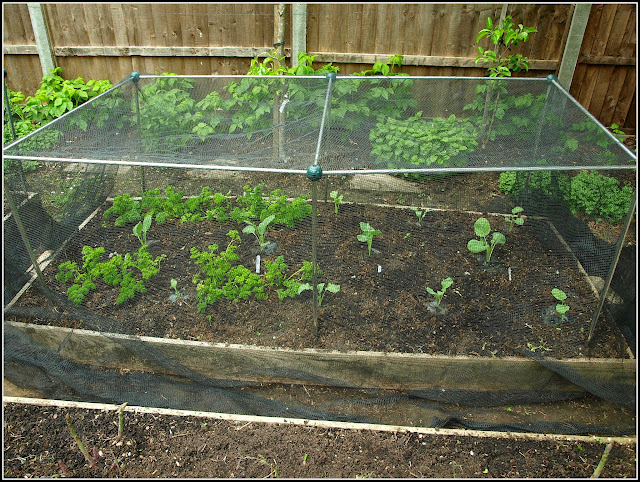 To supplement these defences I have just ordered some Nematodes - the general-purpose ones that fight back at many of the pests that are prone to attack one's veg. I think I am giving my brassicas as good a start as is reasonable to expect!
Posted by Mark Willis at 12:00