A couple of days ago I built another big raised bed, twice as deep as its predecessor. The soil from the previous bed was not sufficient to fill it, so I decided to add the contents of one of my three compost bins. Some of the material in that bin was at least a year old - really good stuff! 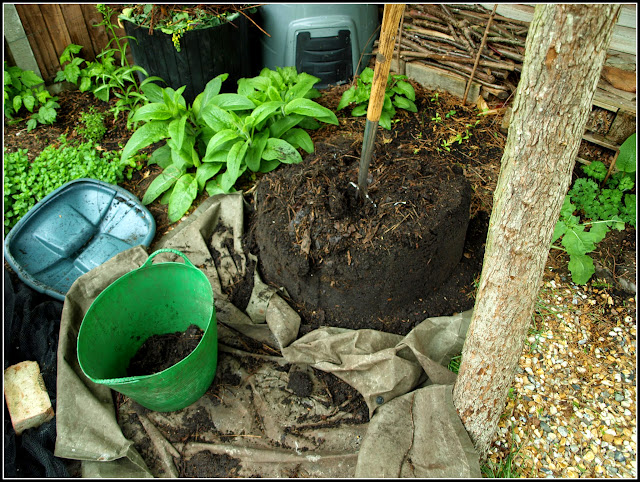 The easiest way to get access to the compost is to remove the bin from it entirely. I found that it was not possible to do this until I had removed about half of its contents, via the main (top) opening. Being the top part, this was the least well-composted, but then this was revealed: 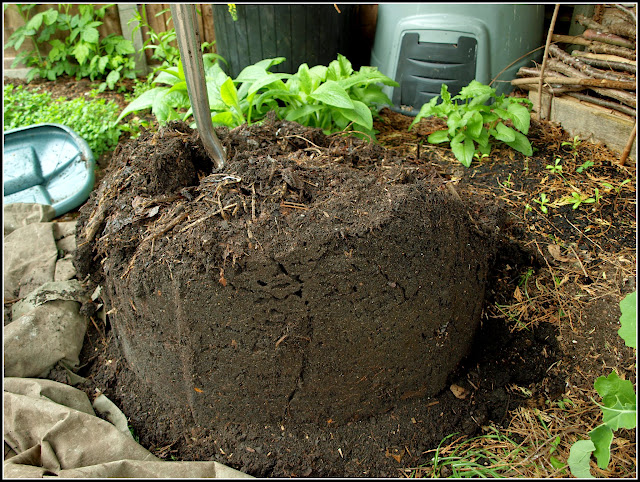 The bottom half was dark and crumbly, just like light soil. There was enough to put a nice thick layer in the new bed, but also on two of the other beds as well. 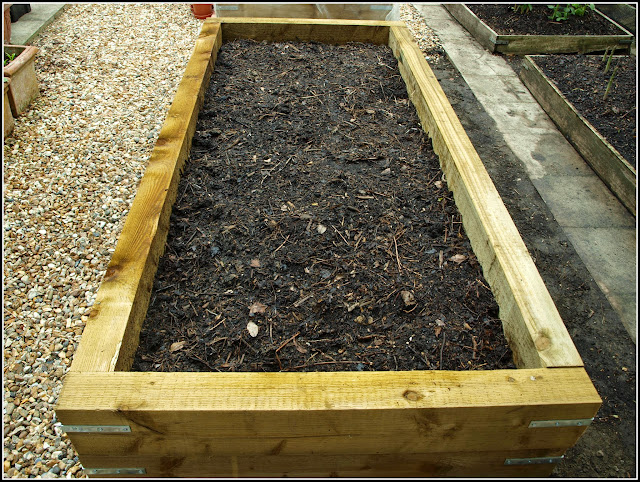 The local bird population soon cottoned on to what was going on, and swooped down to pick out some choice goodies. I particularly noticed how many centipedes there were. 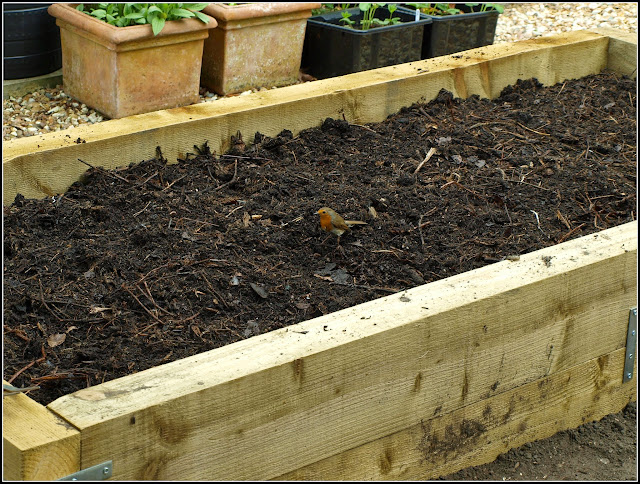 There are lots of Robins around here. This one seemed to have a very proprietorial air, so I guess the new bed is part of his territory. He was certainly doing his best to see off the competition. 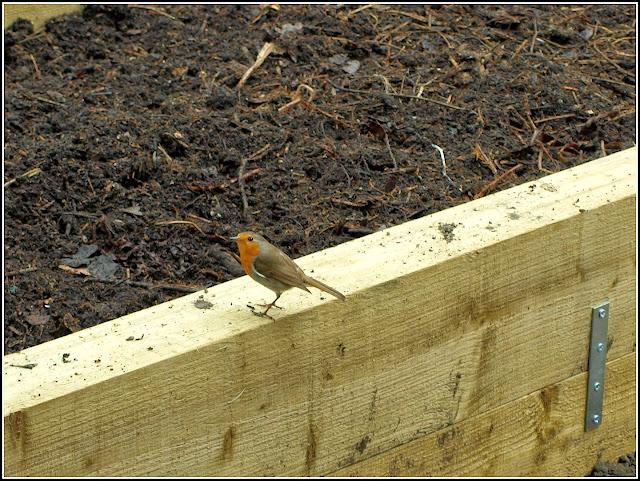 This adolescent female Blackbird had obviously been well educated by its parents. It must have consumed its own weight in insects in half an hour! The extra depth of the new-style raised bed immediately proved its worth, because despite the compost-kicking antics of this bird, none of the compost spilled out onto the shingle. 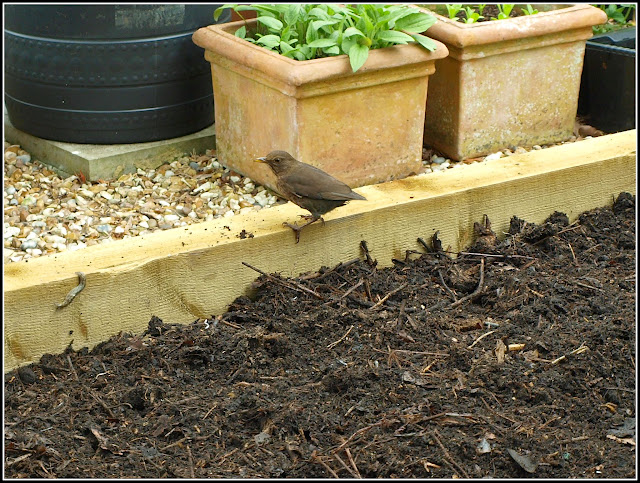 With the mature compost removed and distributed, I took the opportunity to relocate the empty bin - something I had been planning to do for some while. The compost bin is now positioned against the bottom fence, next-door to the "insect hotel" and the log-pile. This releases a bit of space for me to expand the Comfrey patch. You can see some Comfrey in front of the black bin, at the left of the photo. 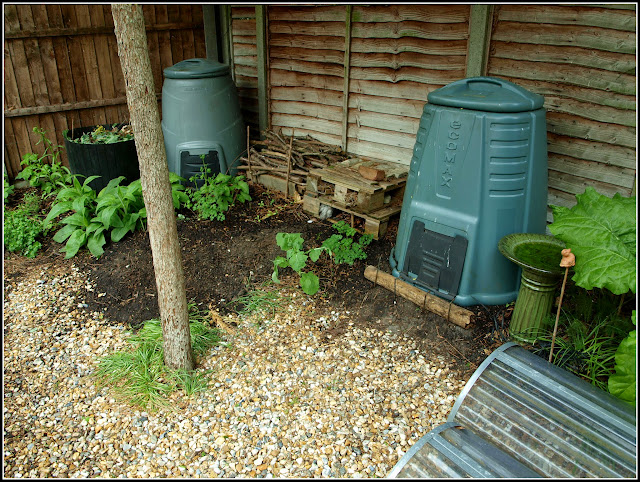 I will leave the fresh compost on the surface of the new bed for a week or so, giving the birds their opportunity for a feast, and then I will dig it in properly, because I will soon want to plant my Runner Beans in it. Runner Beans like moisture-retentive soil, so the addition of all this compost should be very beneficial to them.
Posted by Mark Willis at 12:00