A Girl And Her Greens

I was recently sent a copy of April Bloomfield's new book "A Girl And Her Greens" for review. The book is published by Canongate, and is priced at £25. Although the book was provided free of charge, all thoughts expressed in this post are my own. 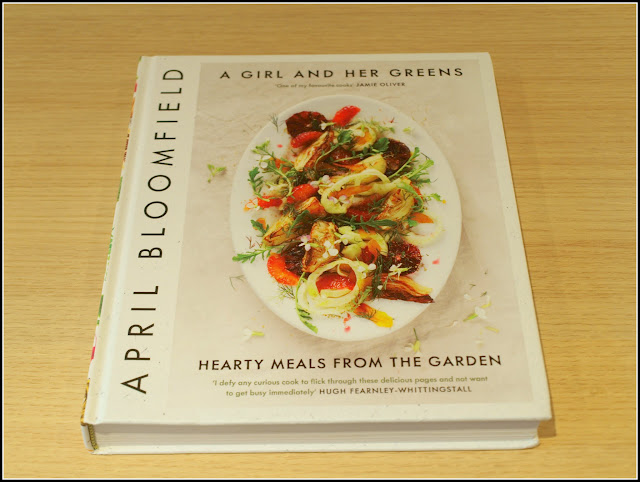 April Bloomfield, although born in Birmingham, UK, is not well known here, because she lives and works in the USA. She is co-owner and executive chef at a string of upmarket restaurants in New York. For a book seemingly aimed at the American market, she writes in a very homely, down-to-earth style, only occasionally requiring some conscious translation. For instance, Bloomfield uses the name "Ramps" for what we here know as "Ramsons" (Wild Garlic), but at least she doesn't call Beetroot "Beets" or Spring Onions "Scallions"! It is also comforting to see measurements I can understand - for example in grams or teaspoons, not cups or sticks (I have never understood how you can measure butter in cups!)

As its title suggests, this book is primarily one in whose recipes the vegetables figure most prominently. The recipes are not vegetarian, still less vegan (e.g. some include bacon or anchovies, and many include eggs), but the vegetables are definitely the stars. The book is lavishly illustrated with photos and drawings which certainly enhance my ability to envisage the finished dishes. Like this for instance, a dish of Cannelloni with Swiss Chard: 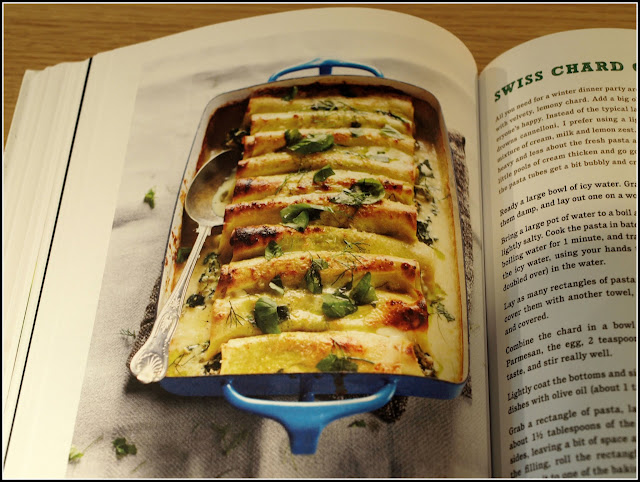 Of course if you are interested in the vegetables for their own sake, there are also lots of illustrations of the main ingredients: 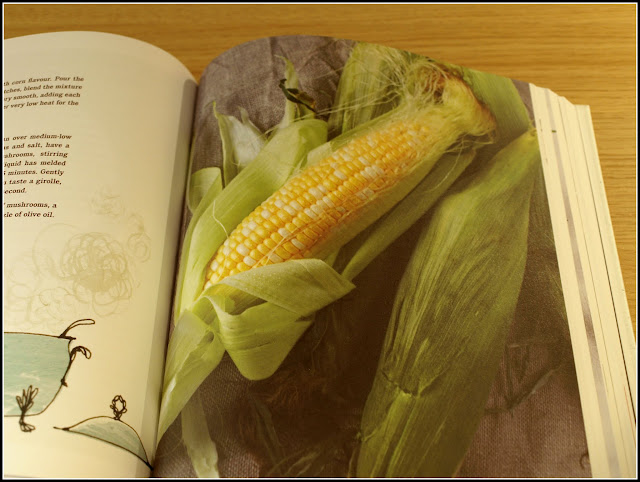 The book has recipes of many different natures, some quite complex, but mainly simple enough for the home cook to follow and not too "cheffy". As well as vegetable-based Main Courses and side dishes, there are some very interesting sections on making "basic" things like chicken stock, tomato sauce, and Salad Cream, plus lots of pickles such as the very Italian-American Giardiniera, Korean-style Kimchi and the archetypical British Piccalilli. Even a very trendy Kale puree and a Carrot-top pesto. If you like vegetables at all you cannot fail to find a recipe to inspire you!
April Bloomfield's way of introducing the recipes is also nice. She often includes an anecdote from her past (for instance telling us that her school dinners were "rubbish except for the buttery boiled potatoes"!), followed by a few sentences to help you appreciate the flavour / texture / look of the dish you are going to prepare. Leafing through the book deciding what to make first I lit upon this: (read the text under the title...) 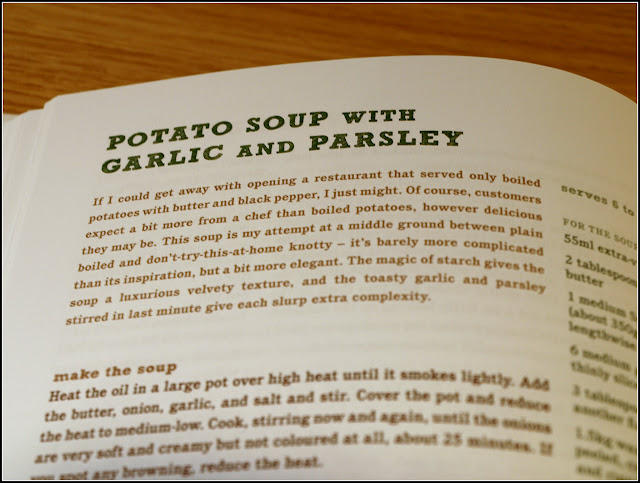 I could certainly envisage this one!

I made this soup as a lunch-time meal on a cold, wet miserable day, and it really did help to warm me and cheer me up. For obvious reasons I'll not give the recipe here, but I'll just show you the ingredients - mainly potatoes, onions and lots of garlic, with some fresh Parsley to tone it down a bit. April's recipe calls for a big handful of Parsley, but my garden is full of the stuff at present, so I used perhaps a little more than a handful... 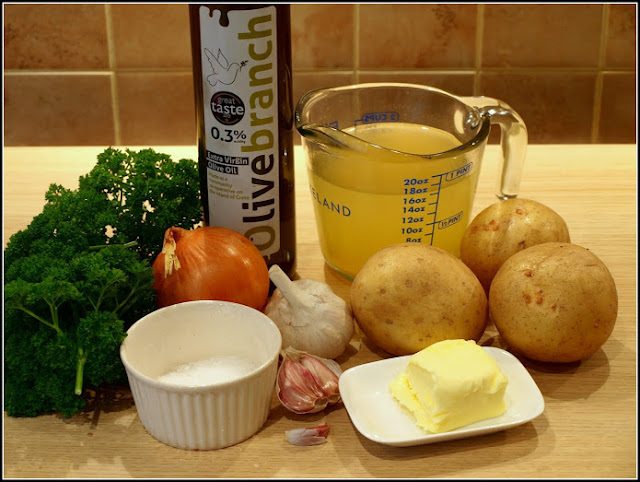 I halved all the other ingredients (the one in the book serves 6 - 8) and followed the recipe, which worked really well in terms of texture -  smooth and velvety - but it was far too salty for our liking. The recipe calls for 3 tablespoons of sea salt to 1.5kg of potatoes (both of which I halved of course), but I can't help thinking that perhaps it should say 3 teaspoons. The Garlic and Parsley garnish added at the end was a stroke of genius though, working in the same way as adding a tarka to a dish of otherwise fairly bland dhal. Delicious! 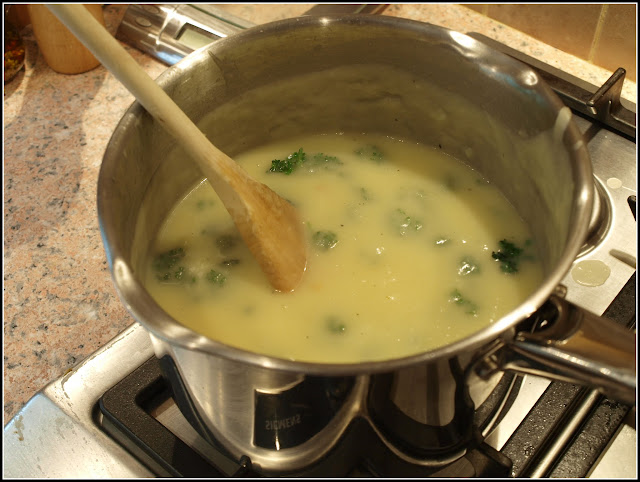 This books suits my style perfectly. My claim is to be "bridging the gap between Foodies and Gardeners", and this book fits the concept exactly. I can see it being used frequently as a source of inspiration, but I shall scrutinise the recipes very closely before I follow them!
Posted by Mark Willis at 19:35