Three years ago I brought home from my Mother-in-law's house a small Aquilegia plant, which looked like this one photographed at her house last week: 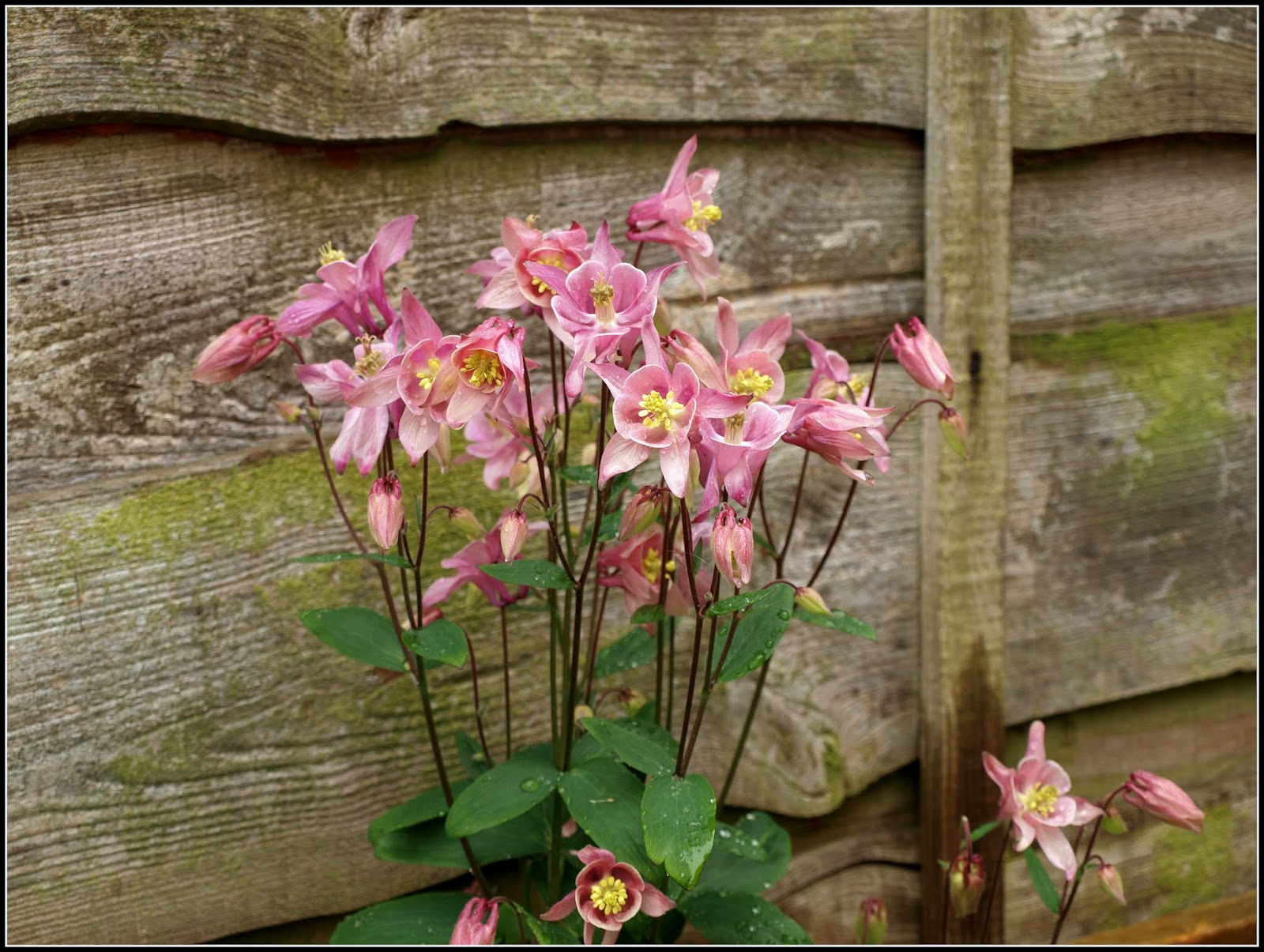 It flowered well last year and the year before, but during the Winter of 2014/15 it died. The main crown of the plant initially went soft and soggy and then dried up. Definitely 100% dead.

However, all is not lost, because the plant set lots of seeds, many of which have now germinated around the edge of the pot in which the parent plant had been growing.. 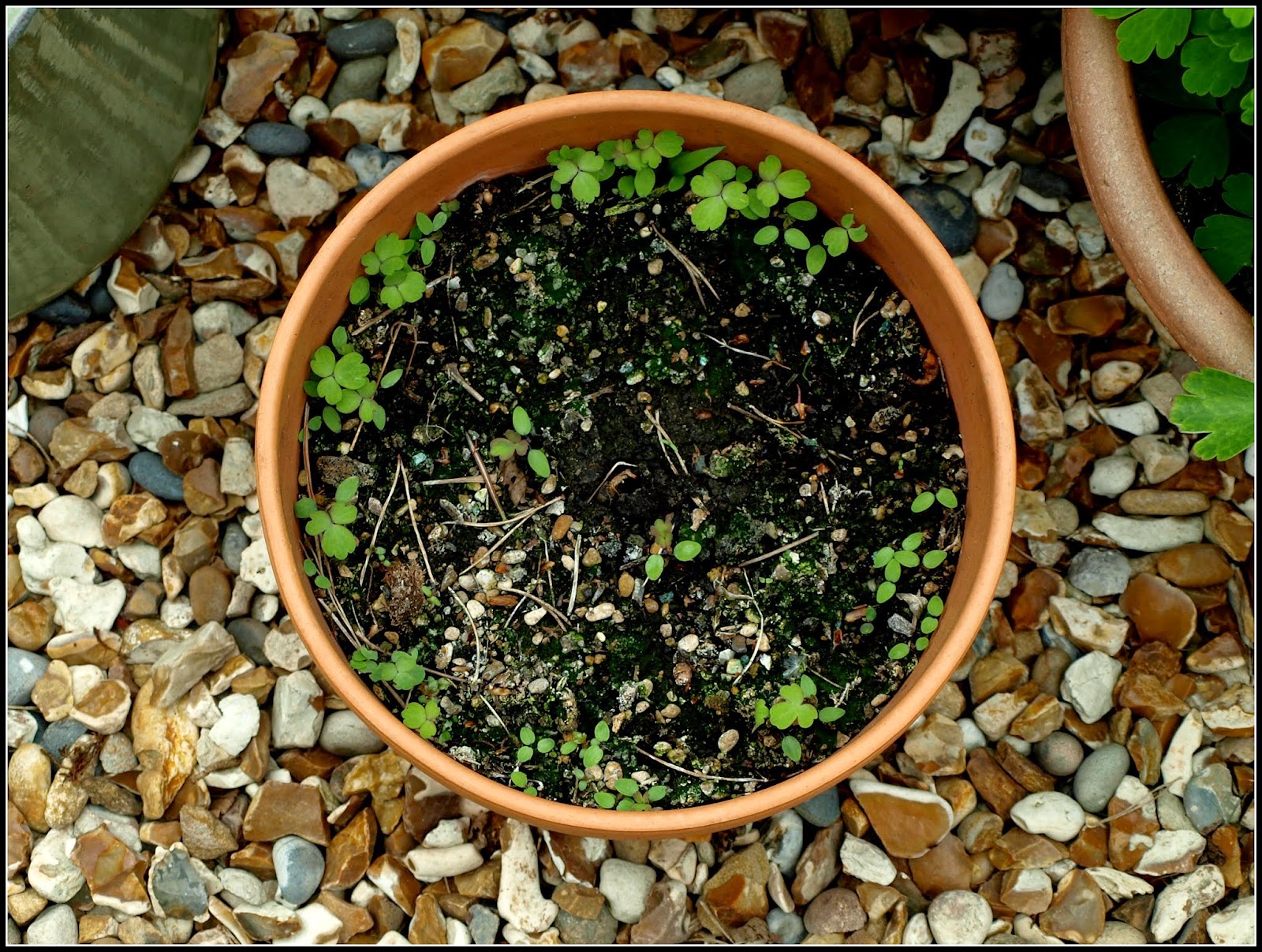 This is characteristic of Aquilegias. They self-seed very prolifically. For this reason it is quite a good idea to grow them in pots like some of mine, making them easier to control.

I will wait till the seedlings are a bit bigger and choose one or two of the stronger specimens to transplant and start all over again. 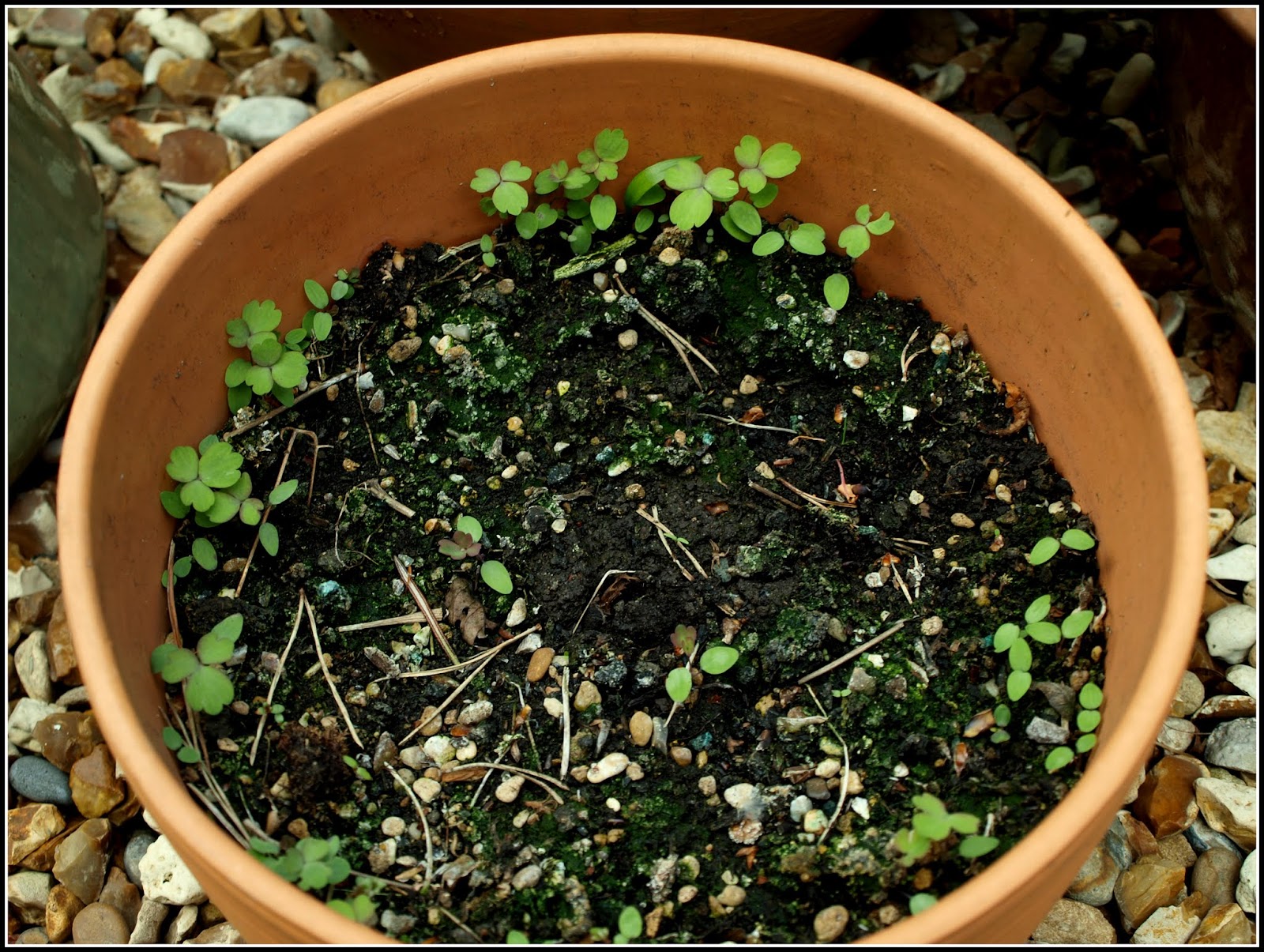 Talking of starting all over again... The Cotinus tree that had appeared to be dead or mostly dead now seems to be undergoing a resurrection. Along some of the bigger branches lots of tiny new shoots are appearing: 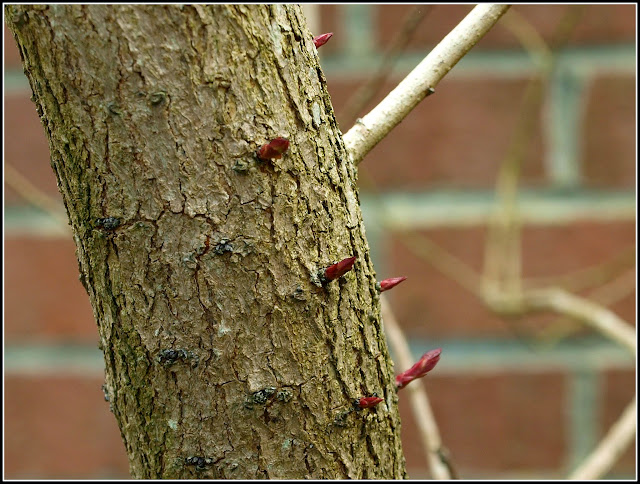 To me this seems unusual. The new leaves normally appear at the ends of existing twigs. I'm not complaining though, because I had thought this tree beyond redemption, and I am very glad that it is not.

This is a less unexpected resurrection - my "Bishop of Llandaff" Dahlia, which has been kept in a pot of dry compost in the garage over Winter: 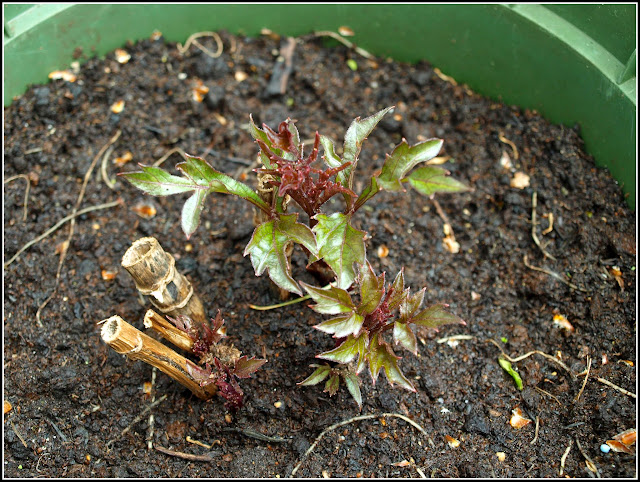 I had vaguely planned to divide the plant into several smaller ones, but I think I may have missed the opportunity, and in any case I think it is best if I don't have too many pots to worry about! [Just for clarity: "Too many" = as many as I want + 1.]
Posted by Mark Willis at 11:00