I can hardly believe my luck with the Broad Beans. They look almost perfect. When they were tiny the pigeons pecked the tips out of a few of them, but they have recovered well, and they seem to have suffered no damage at all from the Flea Beetles, which sometimes nibble bits out of their leaves, giving them a "notched" appearance. 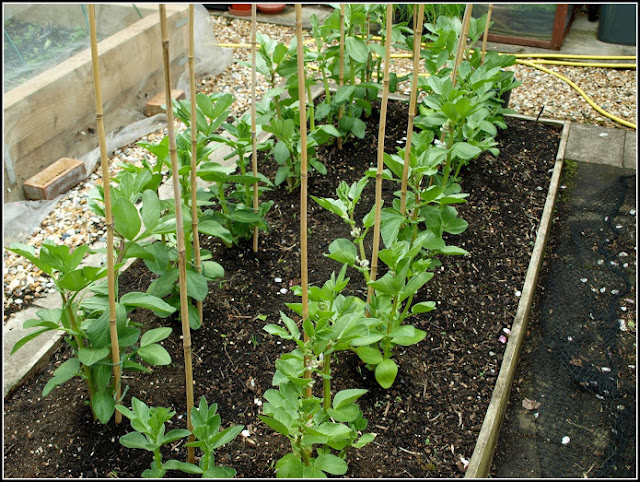 I am pleasantly surprised at the uniformity of the plants too. They are all very similar in size. 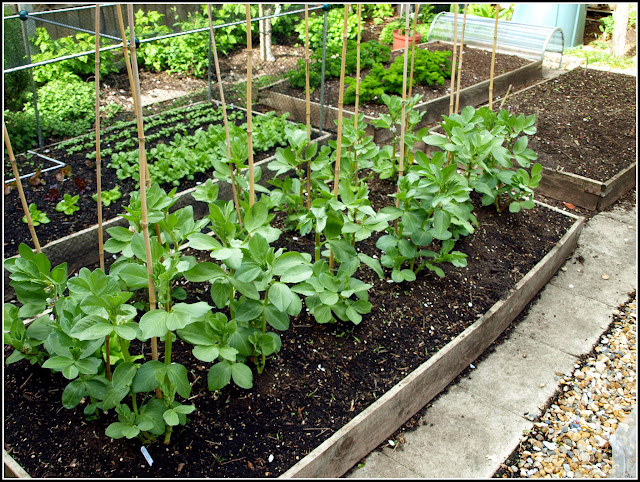 Over the last few days, the first flowers have opened. 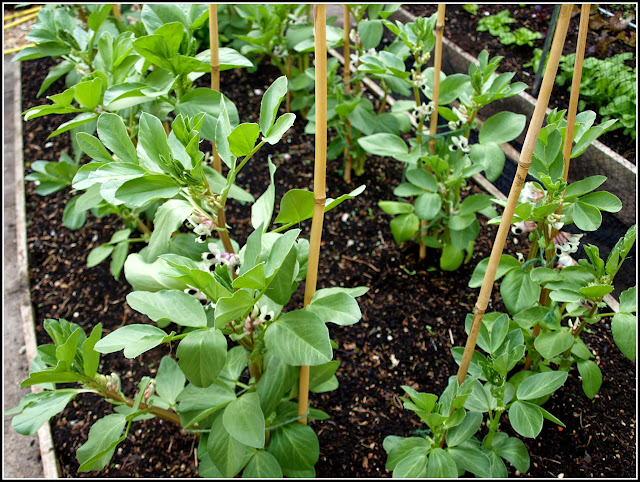 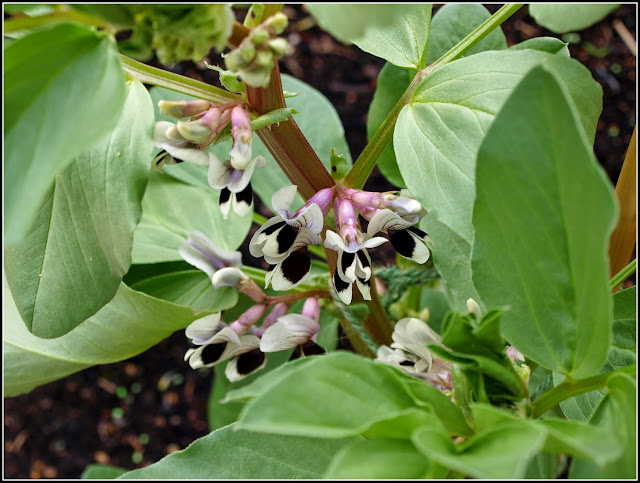 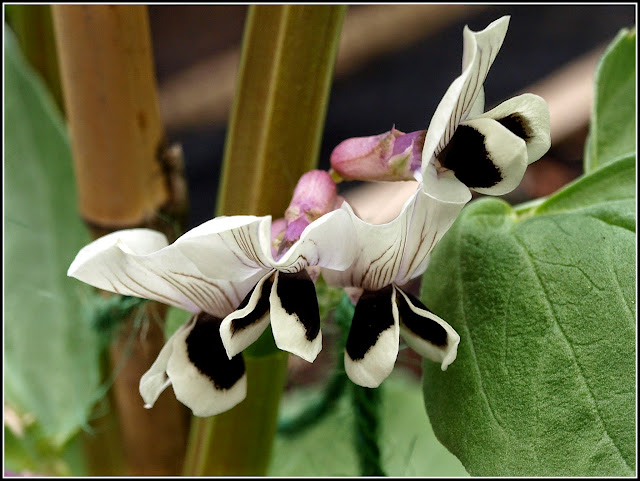 Since the plants are now about 50cm tall I have tied them in to their supporting canes, to stop them flopping over - as they would very likely do in our current windy conditions. 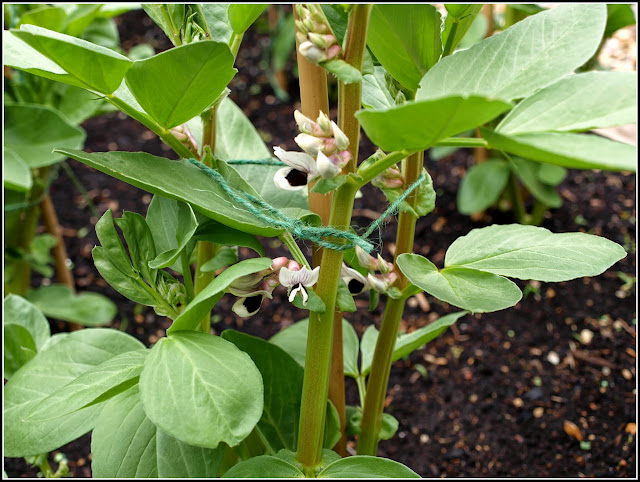 For the record, let me remind you that my beans are of three different varieties - "Imperial Green Longpod", "de Monica" and "Stereo" (just a few of the latter). I'll report in due course about how they compare.

I know these are not Broad Beans, but I want to show you them anyway. They are spears of my "Gijnlim" Asparagus. 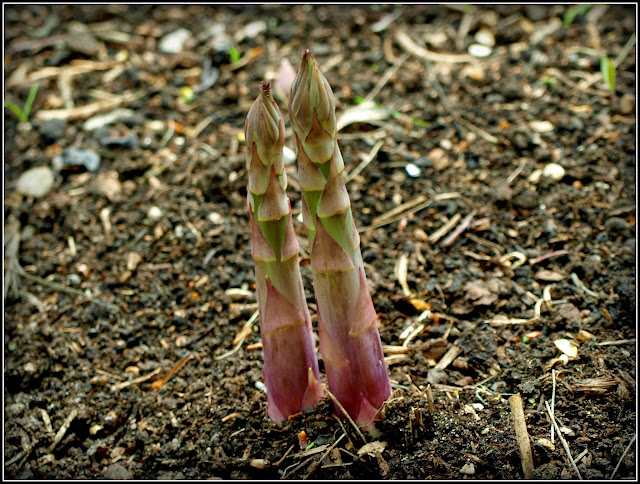 The Asparagus is coming on at much the same rate as ever - a handful of spears every couple of days, which is never enough. We never have a glut of it, that's for sure. I really ought to have twice as many plants! 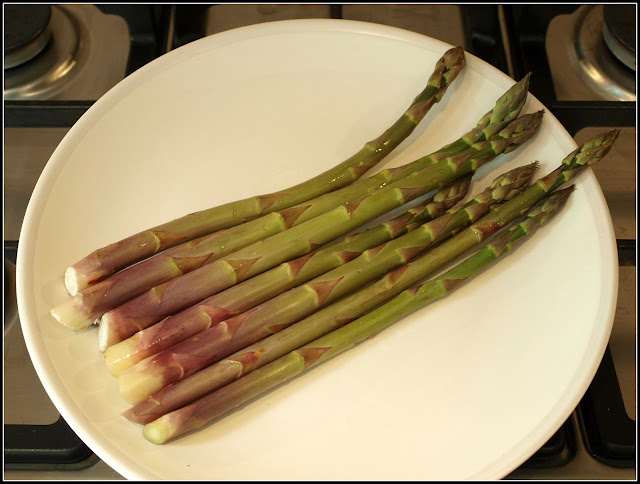 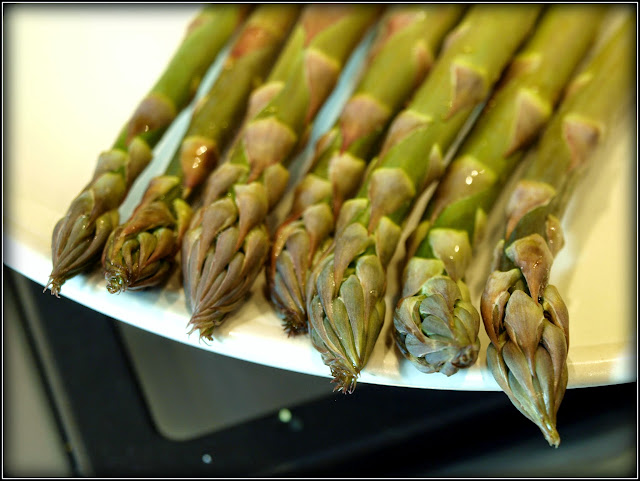