So, April has finished and May is here. April was a very dry month, with very few of the traditional showers. There was lots of sunshine, but it was still very cold, especially at night-time. Hopefully May will be warmer and less windy, but we also need some proper rain. The soil in my garden is very dry, and I have already had to water things with the hose-pipe a couple of times, which really ought not to have been necessary.

At this time of year, many plants are growing rapidly, and keeping them hydrated is very important. My little patch of Comfrey is shooting up, and at this rate I will be able to cut the first crop in a month or so! 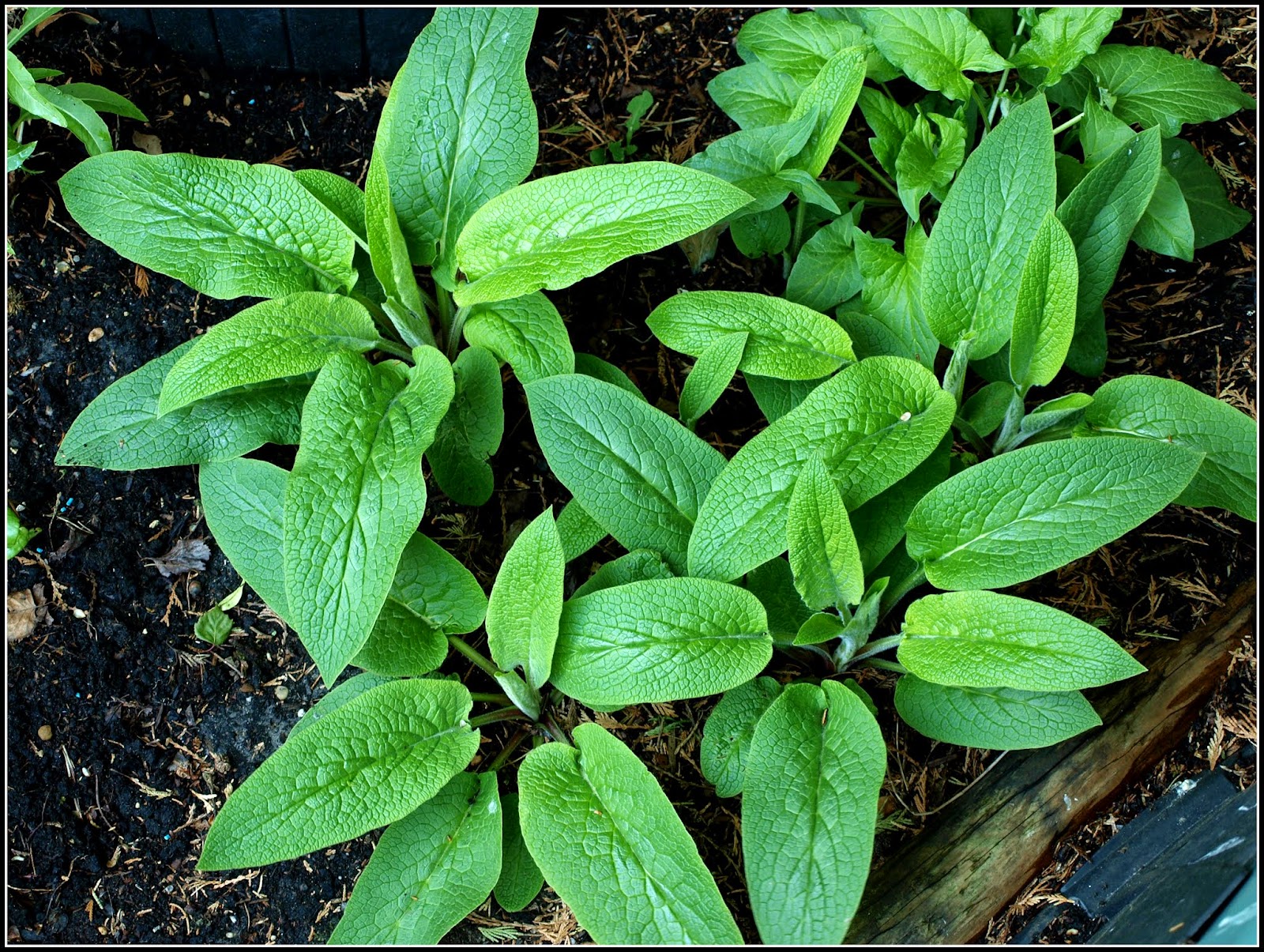 The Broad Beans are still looking "pristine", with practically no damage from bean weevils or anything. They are just forming their first flowers, so these plants too will need plenty of moisture if they are to set pods successfully. 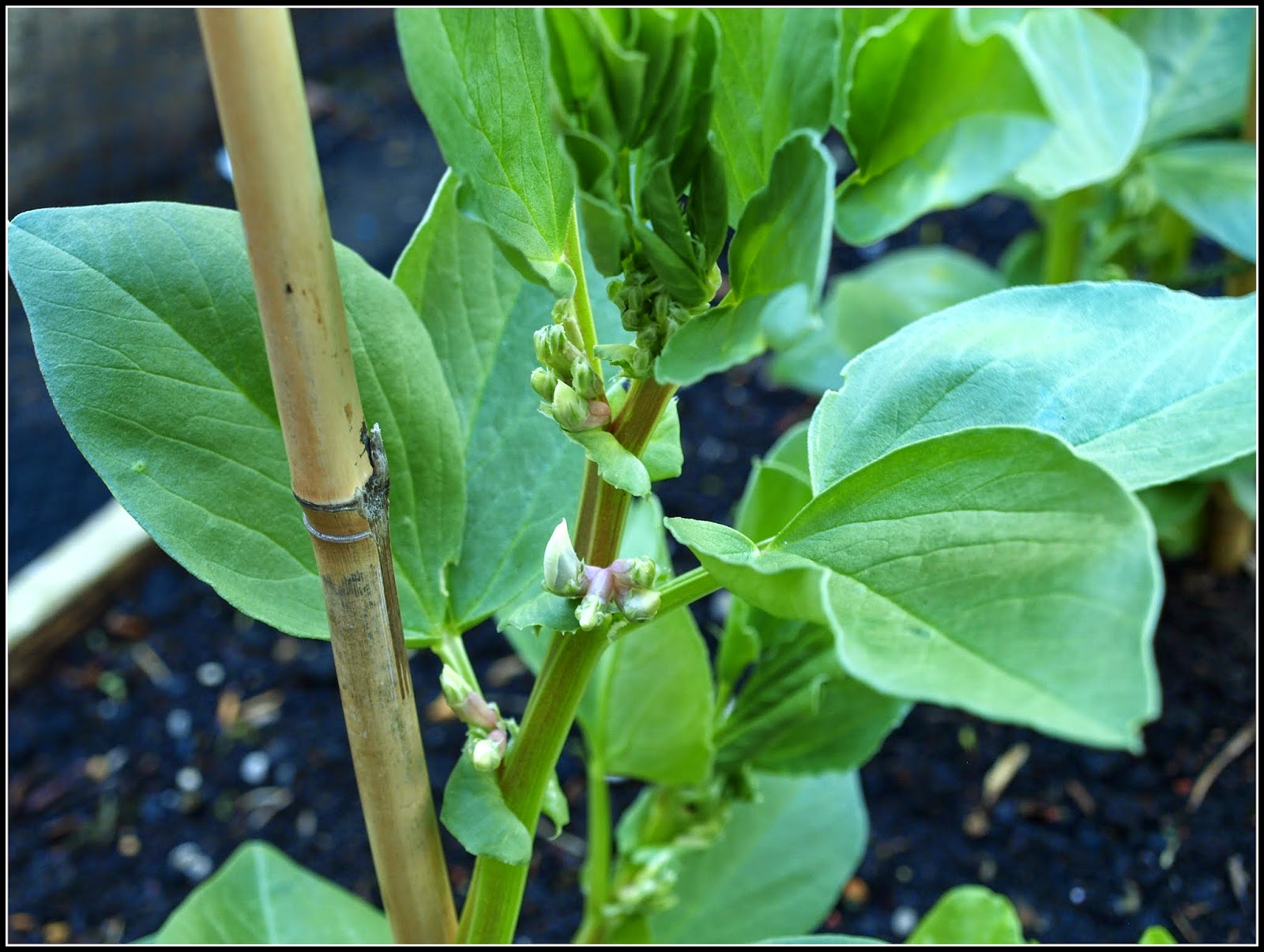 The little "Bramley" apple tree has some flowers on it, though I suspect that a tree as young and small as this one is will not set any fruit this year. you never know though... 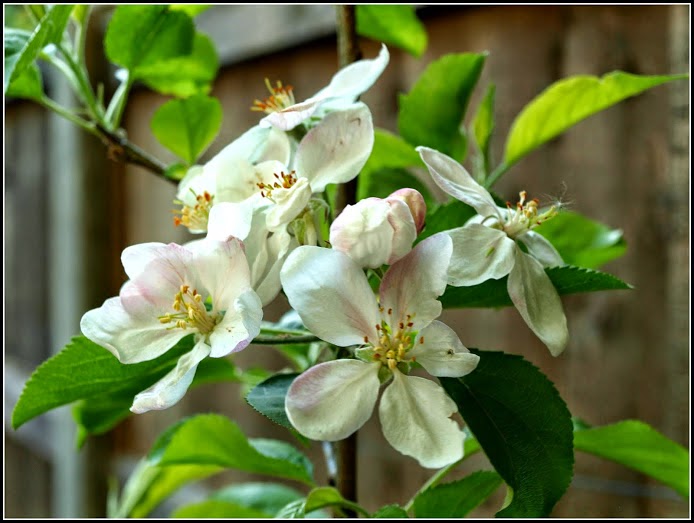 The older Rosemary bushes are covered in flowers. 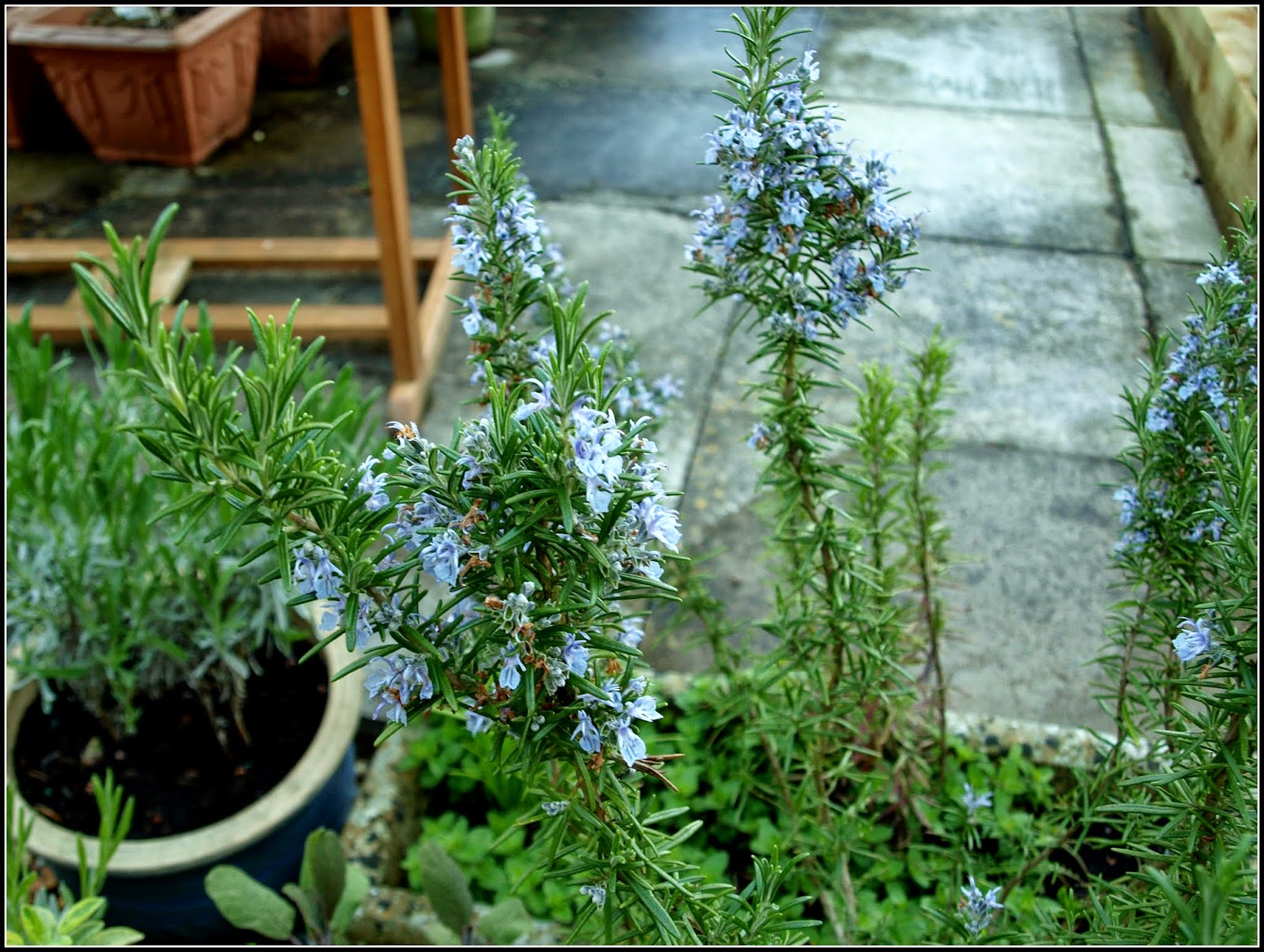 The bushes are a bit straggly and I plan to trim them quite severely to adjust their shape, but it would be a shame to do this before the flowers have had a chance to show off. 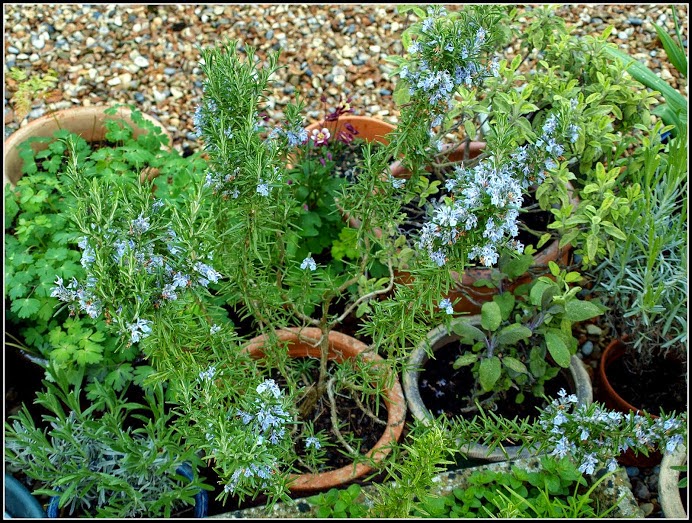 The PSB has finally come to the end of the line, after delivering a fantastic crop. I have left the last few little spears to form flowers, because I know they are very attractive to bees. 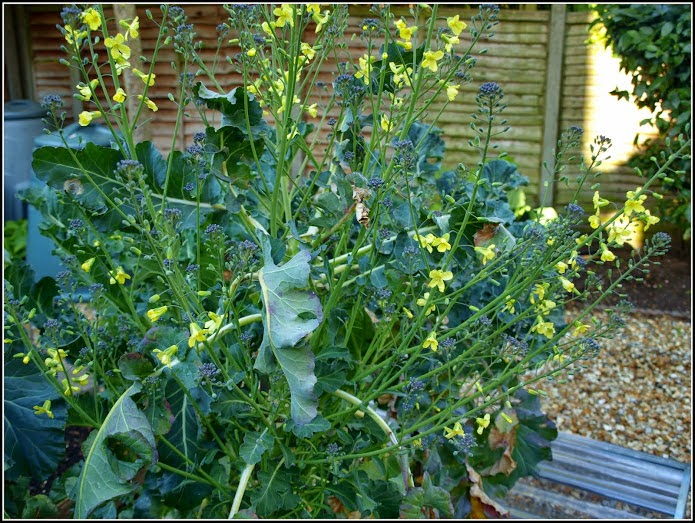 The plants are going to have to come up soon, because I'm going to convert the raised bed where they are growing into one of the new-style extra-deep beds. All the materials are ready and waiting. I just need the right opportunity.

The only vegetable crop that is anywhere near imminent is the Radishes, which grow very rapidly indeed, especially when water is plentiful. Even so, it will probably be a couple of weeks before any are ready. 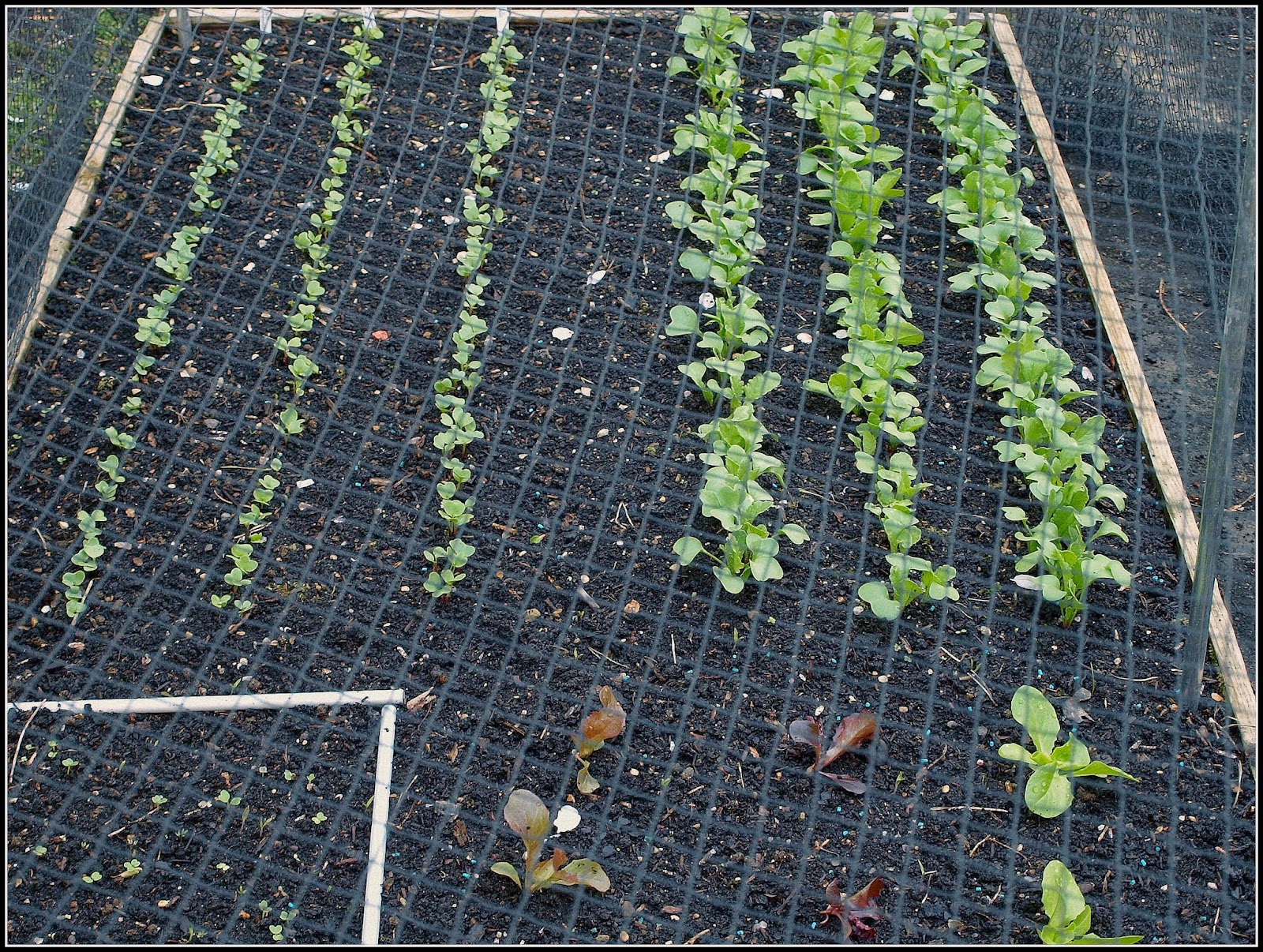 Unfortunately it rather looks as if the second sowing is going to catch up the first sowing. Not a big problem though, since we love Radishes and don't mind eating them every day!

Down by the shed the micro-pond has more or less disappeared underneath the Lily of the Valley, which is just about to flower. 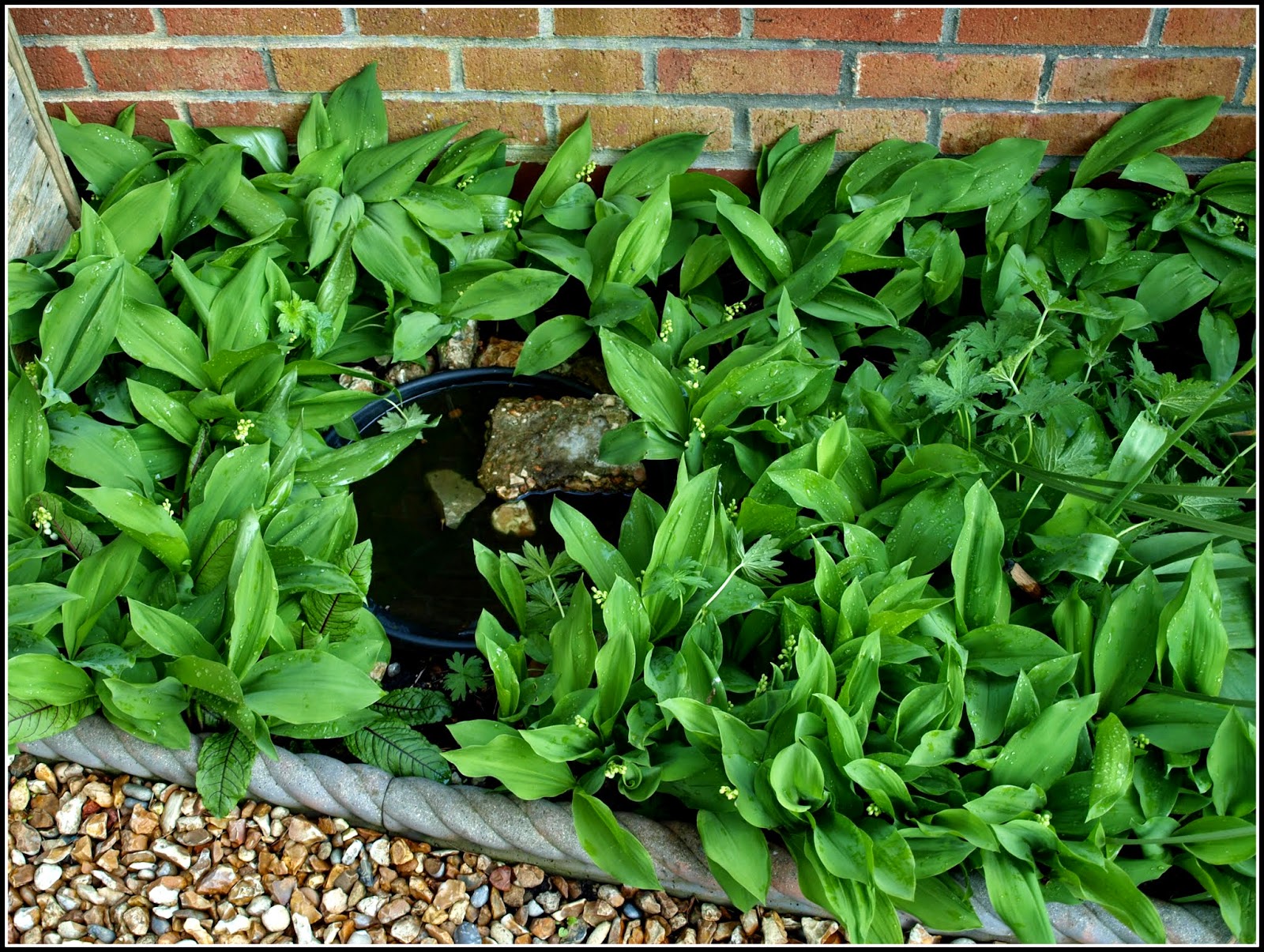 In amongst all that are several of the Cranesbill-type Hardy Geraniums, but they are not much in evidence right now. Their turn will come...

The "Flaming Spring Green" tulips have proved to be quite spectacular. Most unusual. 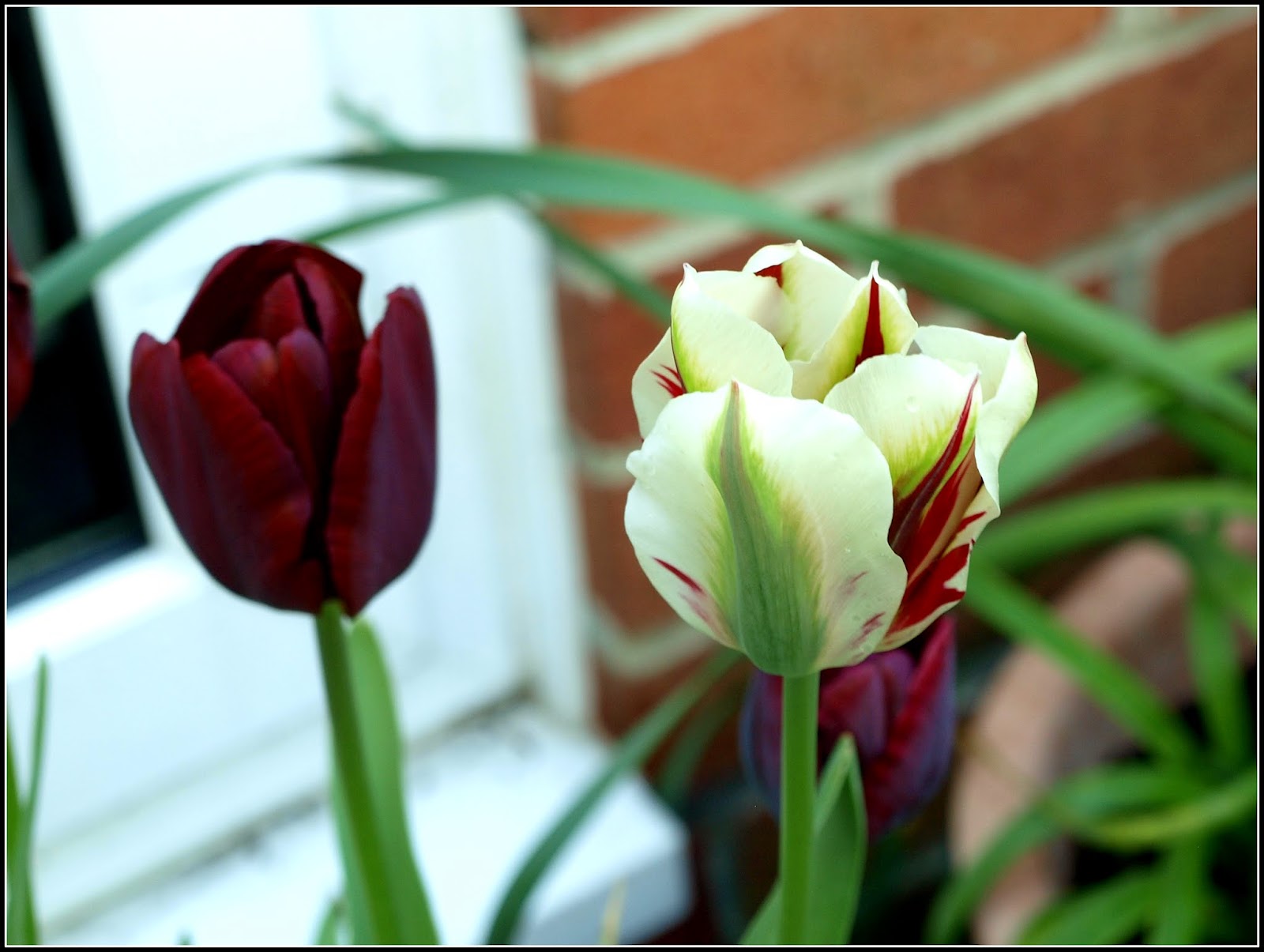 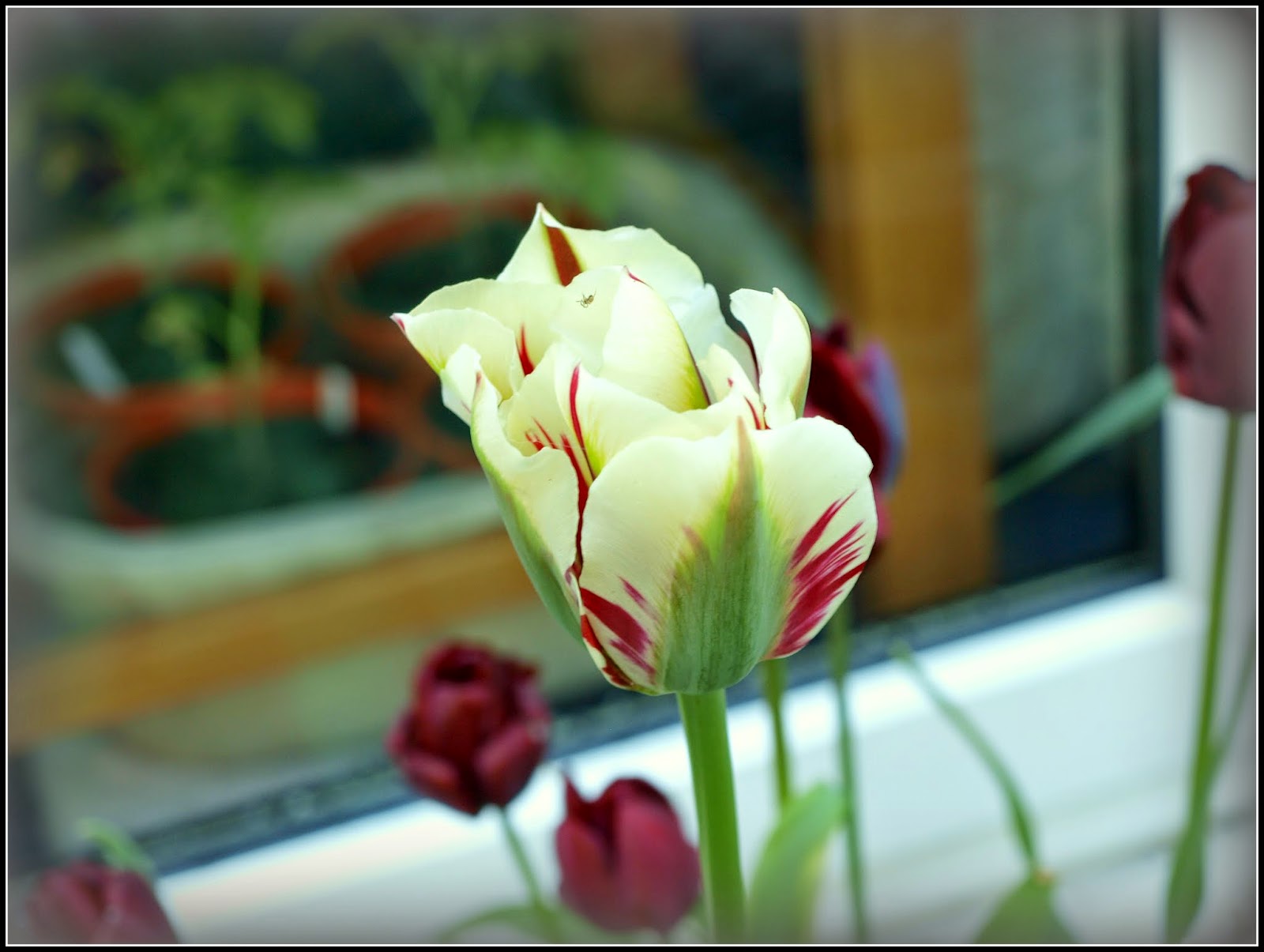 The other day I was writing about my fears that the Cotinus tree / bush might not have survived, but I'm pleased to say that it is showing a few hesitant signs of life at last. 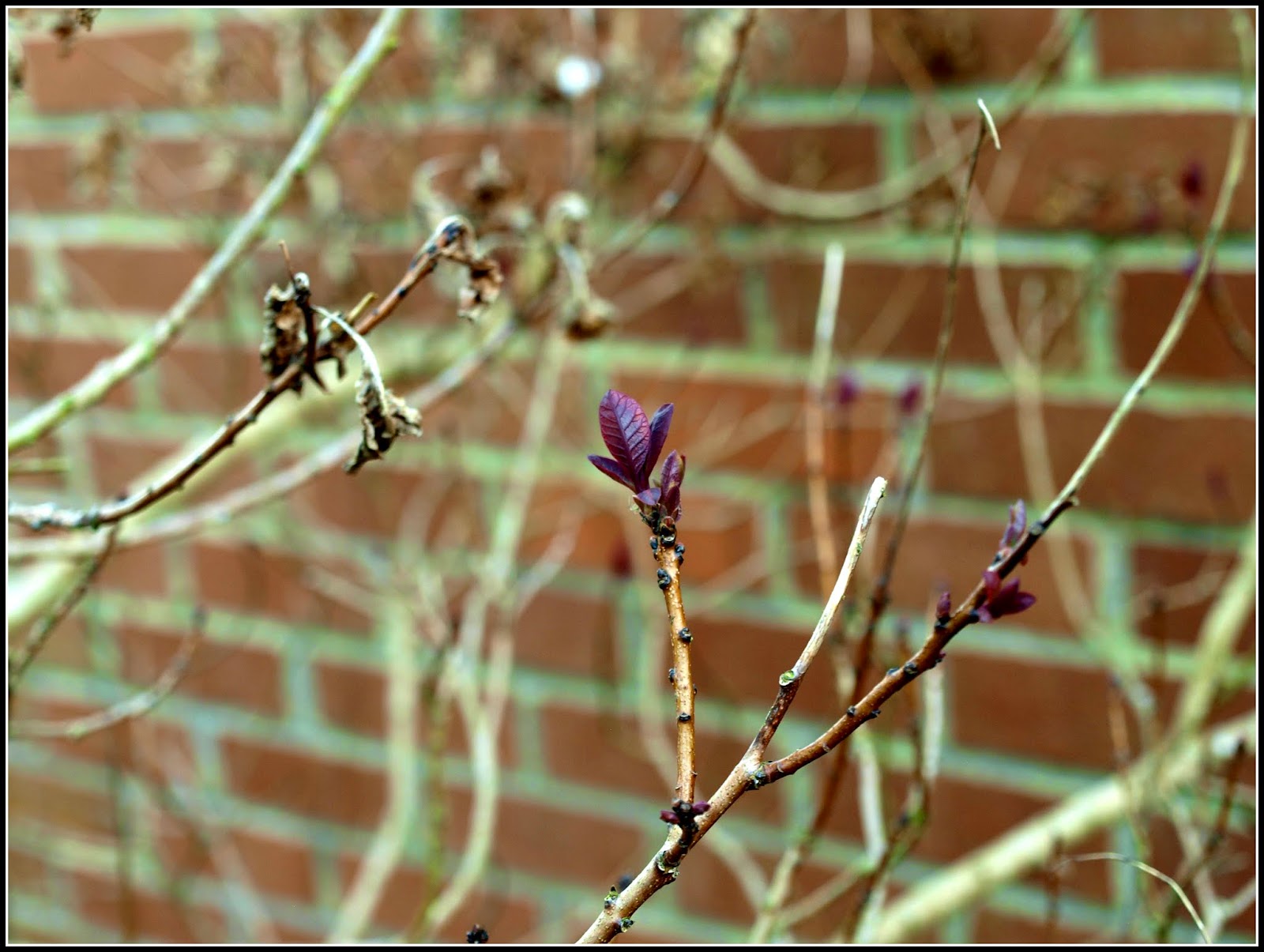 I still think that I will have to prune off a big part of the tree, but hopefully I will be able to retain a worthwhile amount.

Over the Bank Holiday weekend I have lots more to do - plant the last of the potatoes, thin-out / weed the carrots, plant the Brussels Sprouts, pot-on some of the tomatoes maybe... It's the busiest time of the gardening year for me!
Posted by Mark Willis at 12:00