Now that my second big raised bed is finished, I have not wasted any time in filling it. 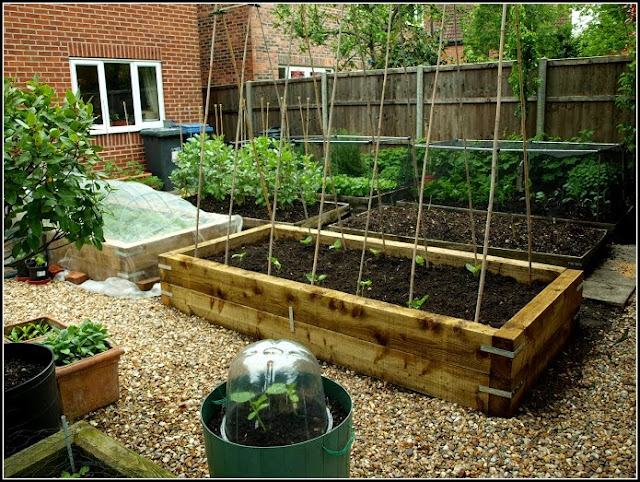 It now plays host to this year's Runner Beans, supported as usual by a framework of 8-foot bamboo canes. 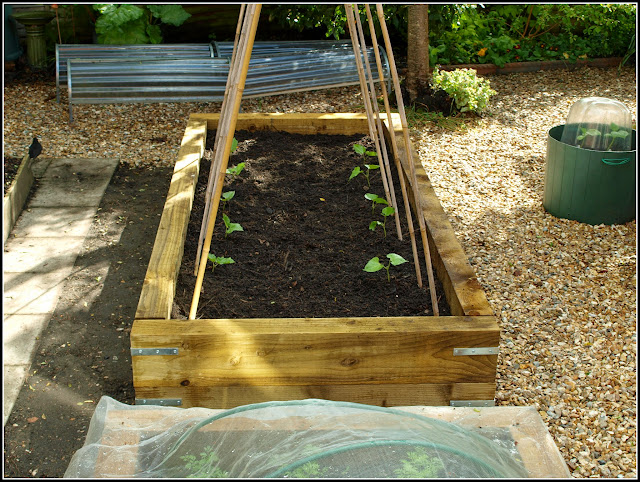 I have put in 7 pairs of canes. The task was easier than usual this year, because I was able to stand on the wide timbers, allowing me to put in the horizontal top cane without too much stretching! 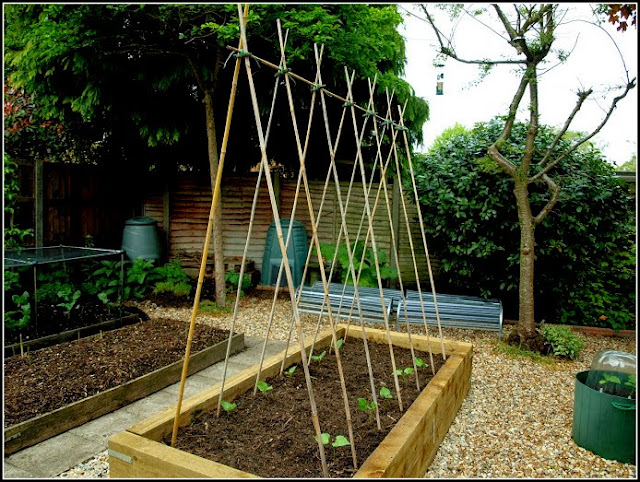 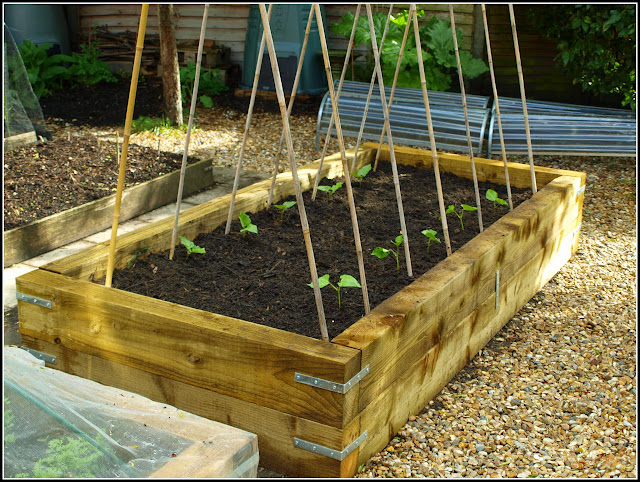 With the exception of those at the end of each row, each cane will support one Runner Bean plant. 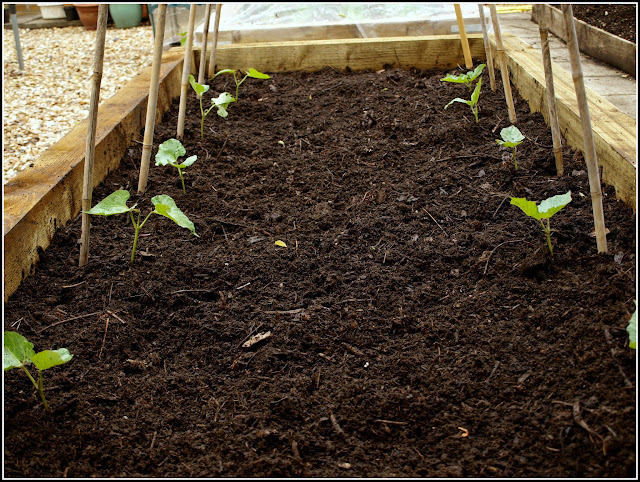 Along one side I have 5 plants of "Enorma", grown from seeds bought at the Hampshire Potato Day back in January. 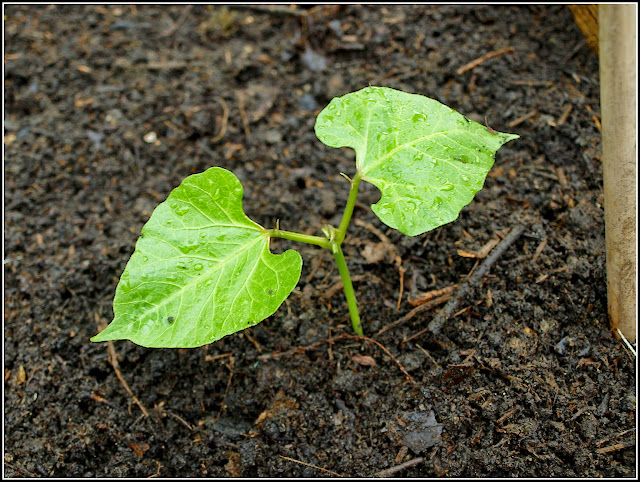 And along the other side I have 5 plants whose official name I don't know, but which I have called "Jed's", because they are grown from seeds given to me by my Mother-in-Law's neighbour Jed Higson, about whose shed I once wrote. 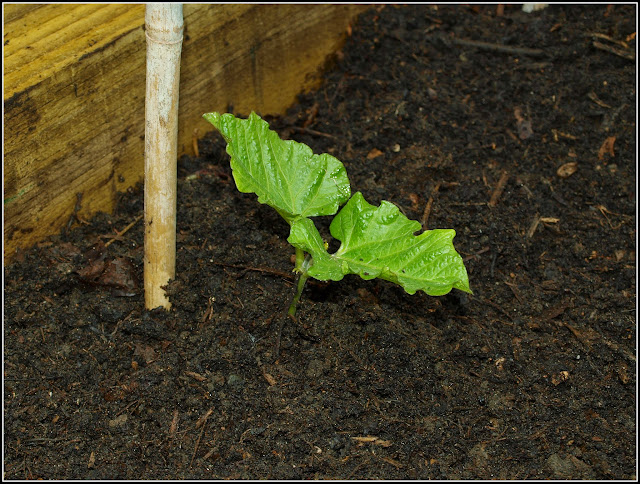 The canes at the ends of the rows will each support two French Bean plants, which are smaller than the Runners. I have some of "Kew Blue", which is a purple-podded variety: 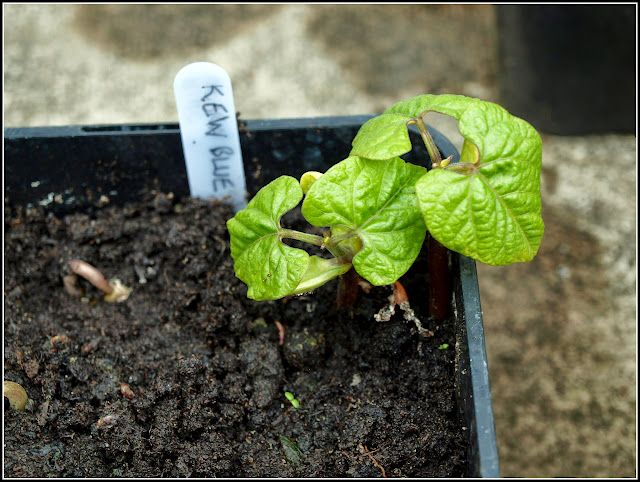 And I have some of "Kentucky Wonder", a green-podded variety. 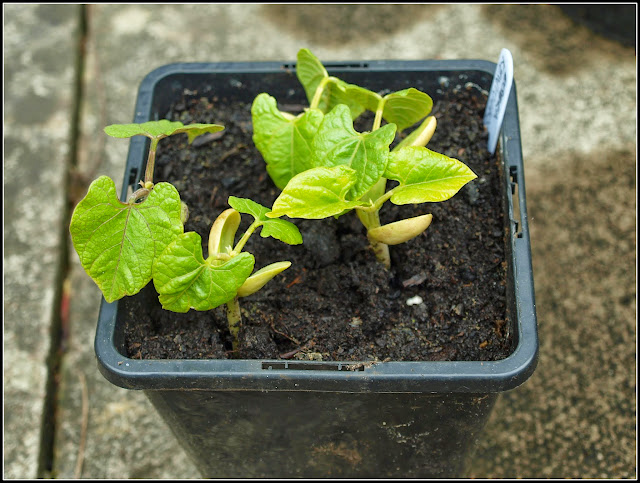 I have also sown some of my old favourites "Cobra" which I will try to squeeze in as well.
Posted by Mark Willis at 12:00