I hadn't really intended to write about this meal, because it seems so simple, but it looked so gorgeous that I just HAD to post about it! 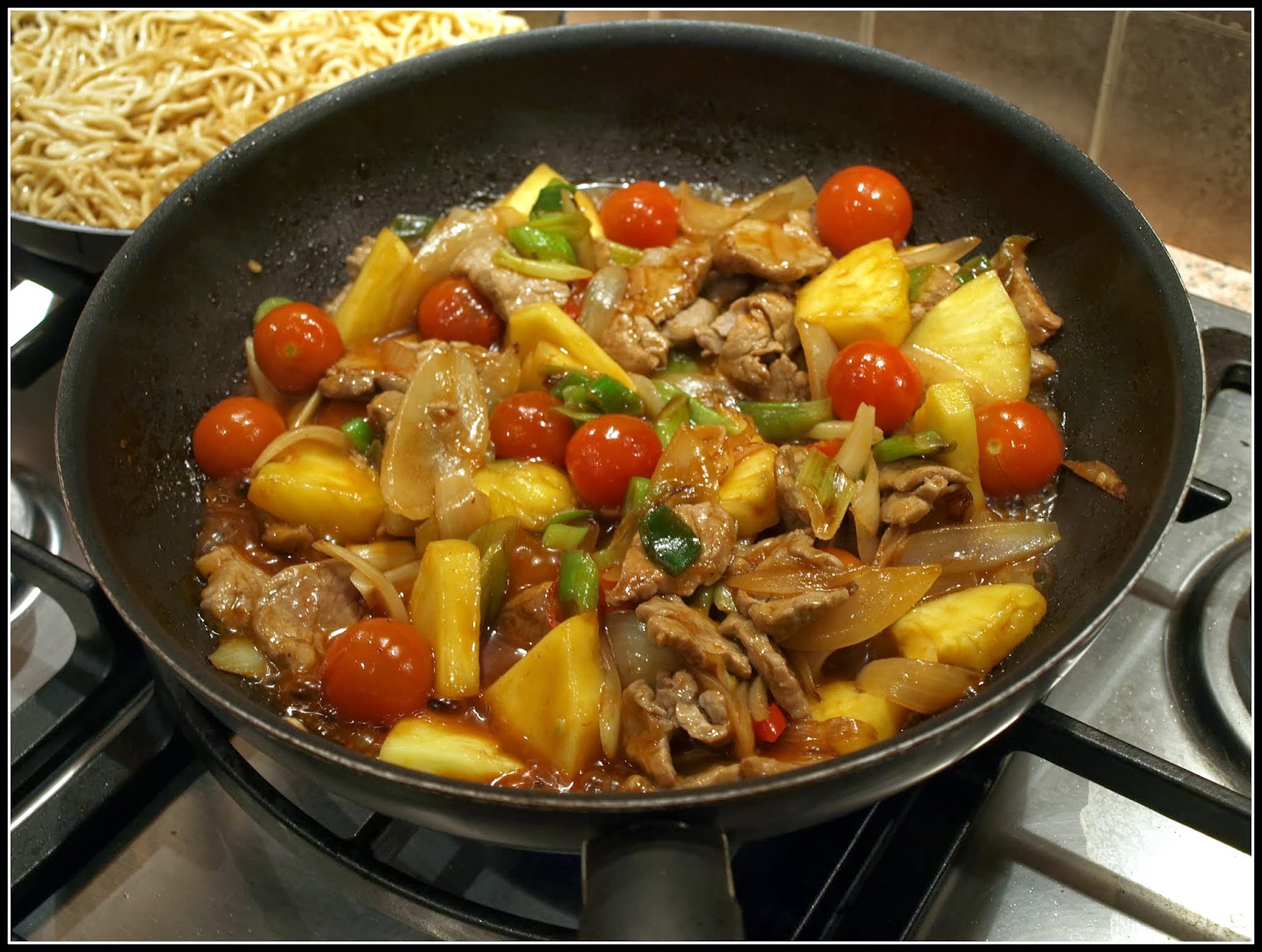 This is my take on Chinese-style Sweet and Sour Pork, with fried noodles.

I marinated in the frridge for 6 hours some thinly-sliced pork tenderloin with garlic, ginger, chilli and soy sauce.﻿ I also pre-cooked some Chinese egg noodles, and prepped some onions, Spring Onions, fresh Pineapple and cherry tomatoes.

A few minutes before Dinner-time I stir-fried the pork (including its marinade), vegetables and pineapple for a few minutes then added a sachet of commercial Sweet and Sour sauce. Meanwhile, I fried the cooked noodles in a little vegetable oil, with some added soy sauce and a tiny splash of sesame oil. 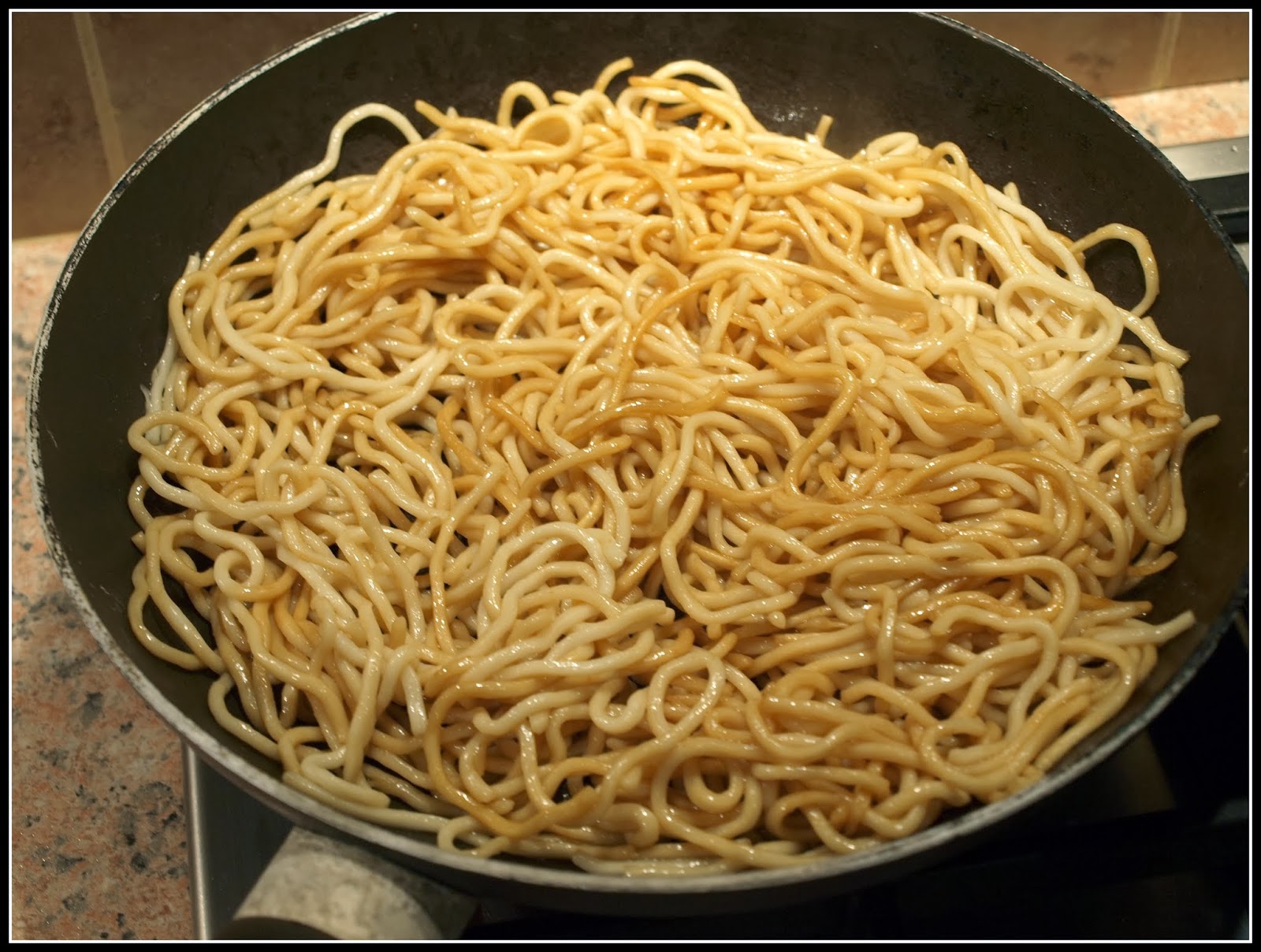 Here they are together... 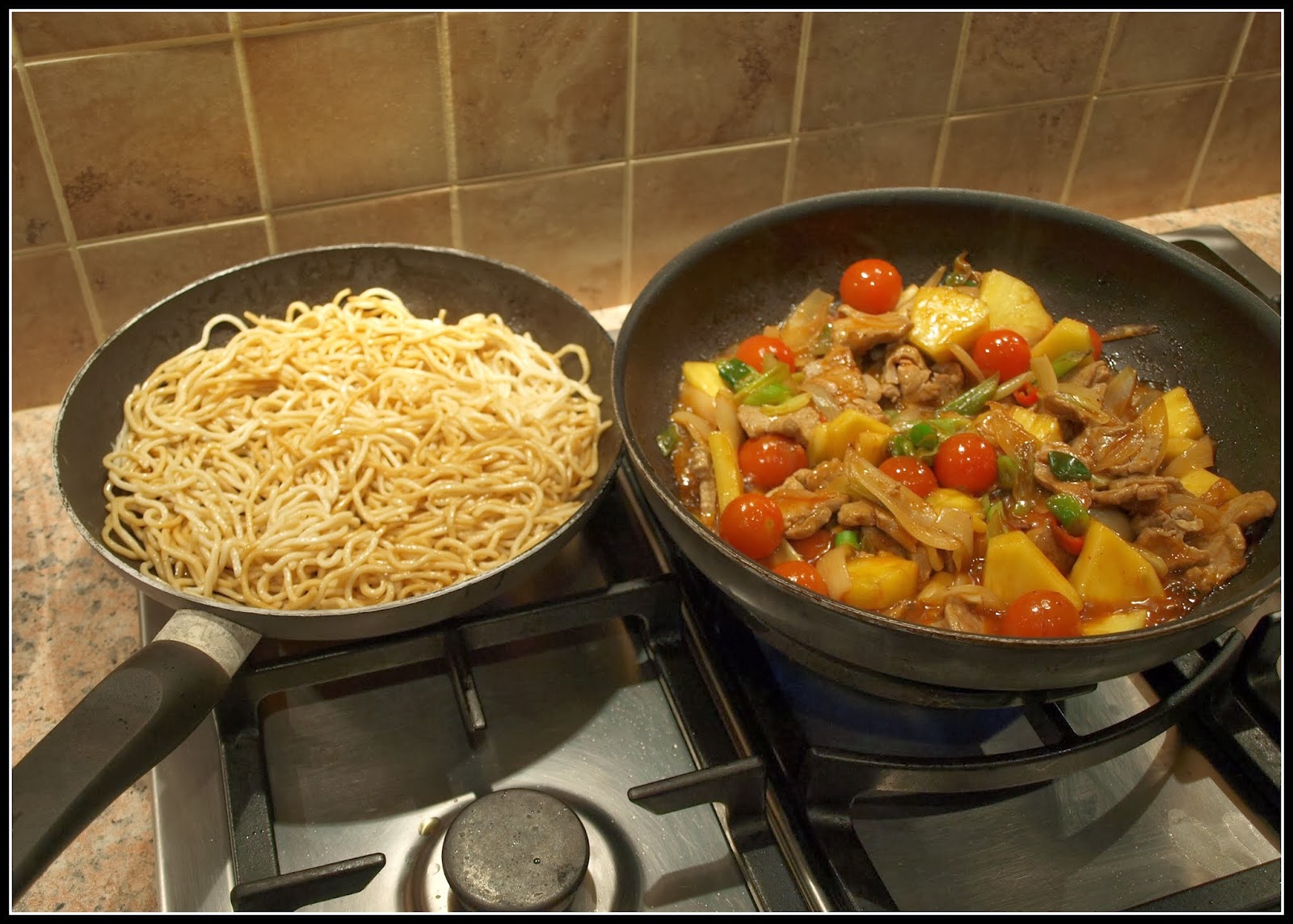 The star of the show was probably the fresh pineapple. To be honest it wasn't very fresh, since it had been hanging around since the previous weekend, but that meant that it was 100% ripe and it was amazingly tasty.

This fabulously tasty meal was ready in minutes! 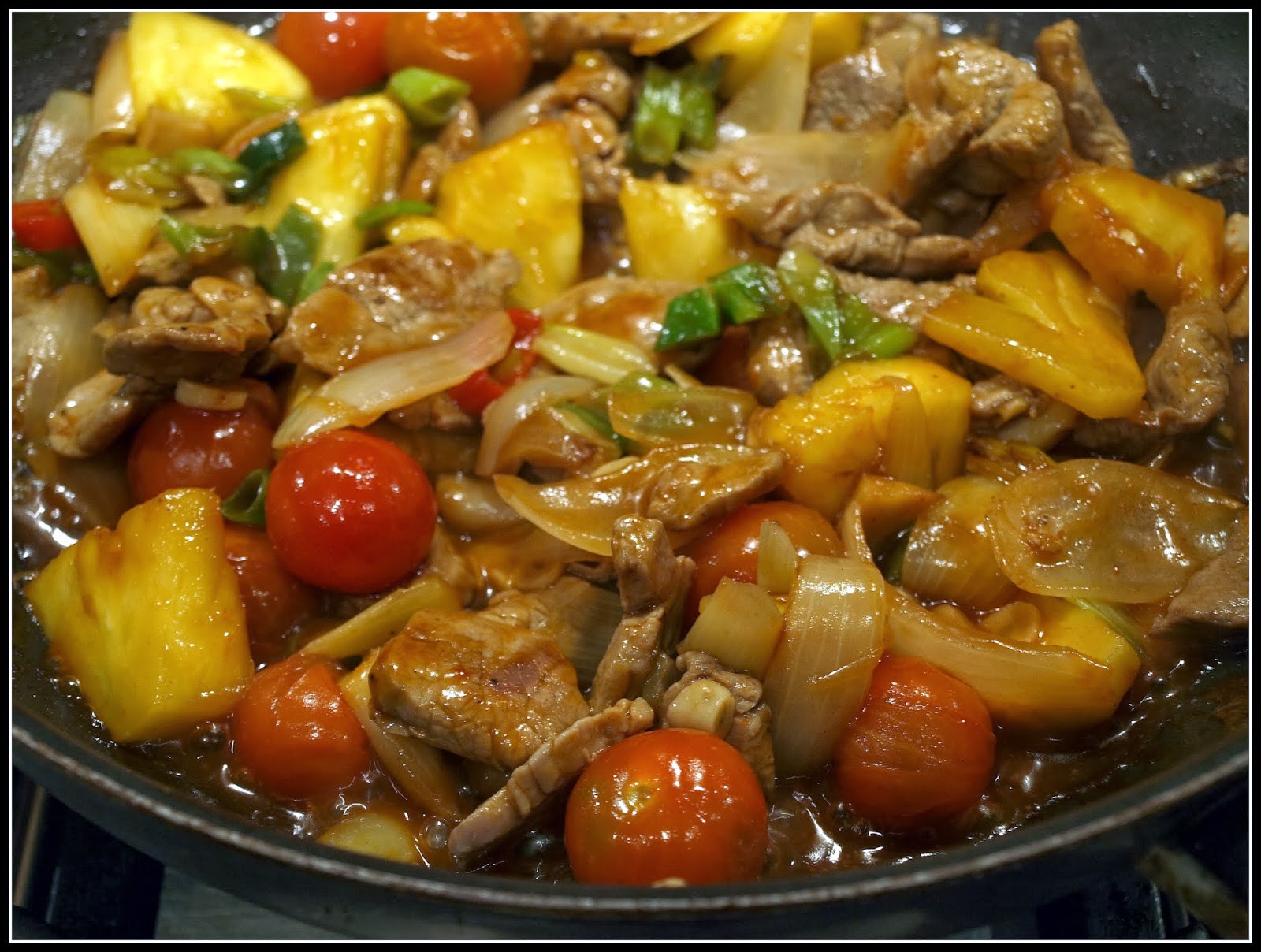 The meal reminds me of one Jane and I ate many years ago in Sarawak. At the time, I was serving in the Army, in Brunei, and we went on one occasion for a weekend into the hinterland of neighbouring Sarawak. We stayed for a couple of nights in a very remote little town called Marudi. It didn't have much in the way of restaurants, so we ate at a market stall. Our command of the Malay language was rudimentary, but we did remember the word for pork - "babi", and the word for rice - "nasi" - as well as "tidak ikan" (no fish) so we managed somehow to order pork with rice, and it came with loads of cherry tomatoes. Probably some other ingredients too, but the memorable features were pork, rice and tomatoes. We both remember it as one of the best meals of our lives!