Out with the old, in with the new

On Saturday the weather was really nice, so I had a good clear-out of the garden. I finally knuckled-down and took to the tip all the (many) bags of green (brown) waste that had been accumulating round the side of the house where I do my potting, seed-sowing etc.There must have been about 20 bags - plus a fair few other bits and pieces that were no longer useful and just needed chucking away. Even with the back seats of the car folded down I had to make two trips. I feel all self-righteous now, and ready to start again! So ready in fact that I have just ordered 12 bags of special compost made from composted stable manure, which I plan to use for tomatoes etc in due course.

One of the things I discarded was the remains of my old bird-bath, which I had had for about 25 years. The upright part of it got broken ages ago, but since the "business" part of the thing was still OK I never replaced it. This is what it looked like the Winter before last, when it froze completely: 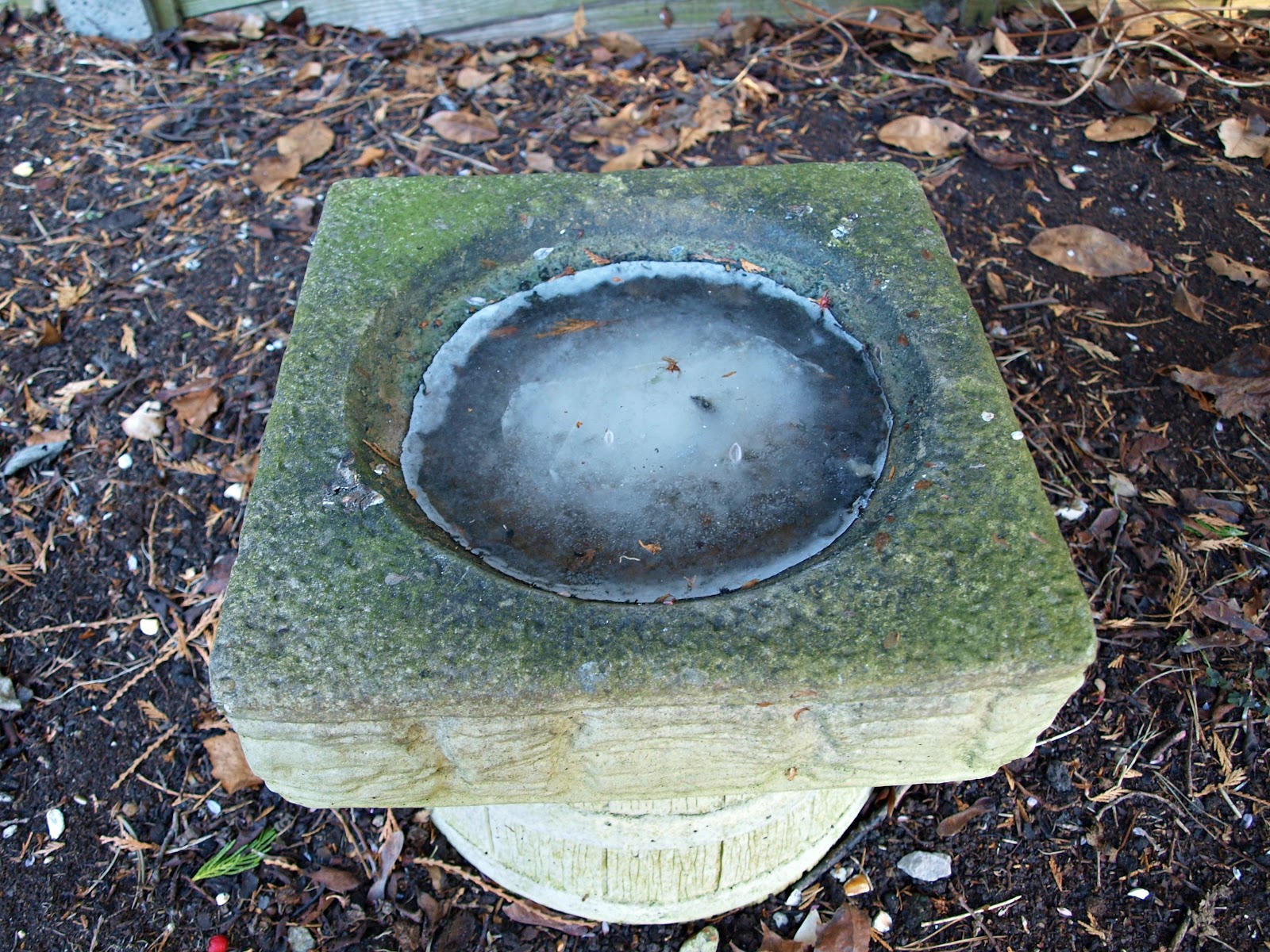 So that was the "Old" going out, so now for the "New" coming in... My birthday is coming up soon, and my MIL has as usual sent me money to spend on gardening stuff. For the past couple of years I have spent my birthday money on pots for growing tomatoes, but this year I chose a new bird-bath and an ornamental glazed pot. The birdbath is made of glazed terracotta. It was available in blue, red and green. The red and blue ones seemed a bit brash, so I went for the green. It's a nice "understated" shade of green, which will blend in well with its surroundings: 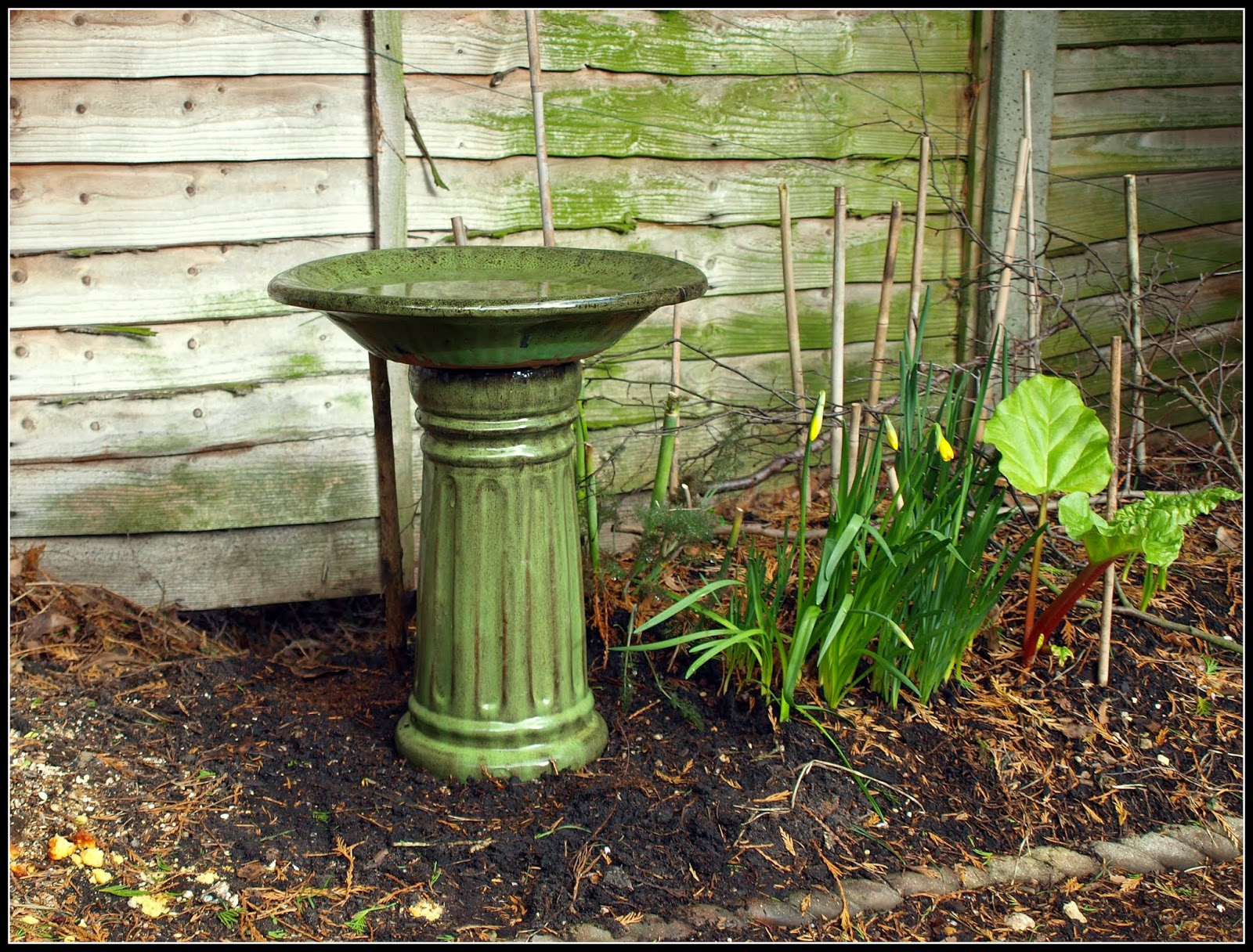 The new item has been duly installed down at the bottom of the garden, near the rhubarb patch. I wonder what the local cats and foxes will make of it, because this is very close to where they come under the fence from Next Door's garden. 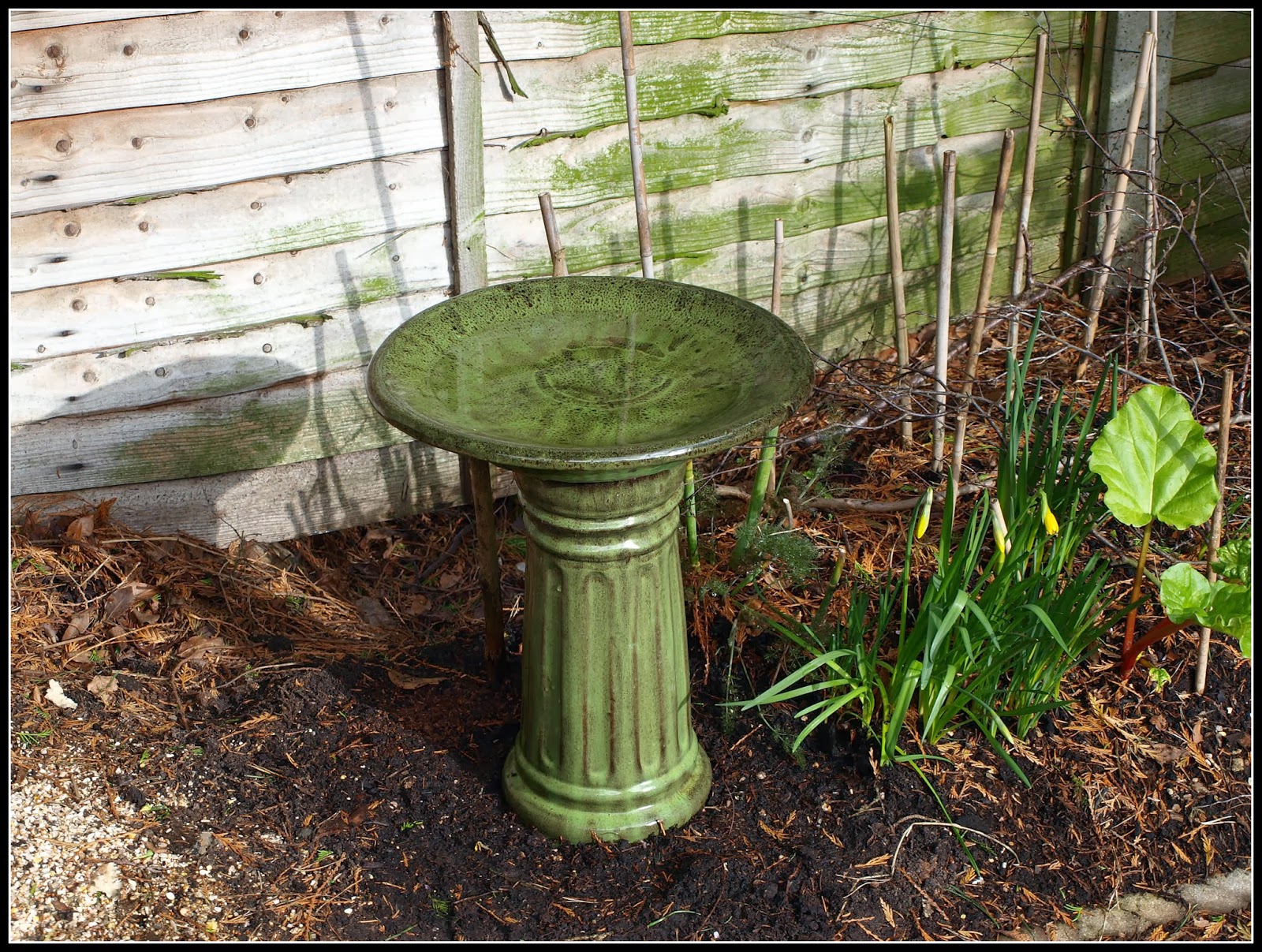 ﻿
I haven't yet seen any birds using the bath, but within five minutes of installing it I saw a male Blackbird inspecting it very closely, so it probably won't be long.

The other item I bought with the money from MIL was this 12" glazed pot: 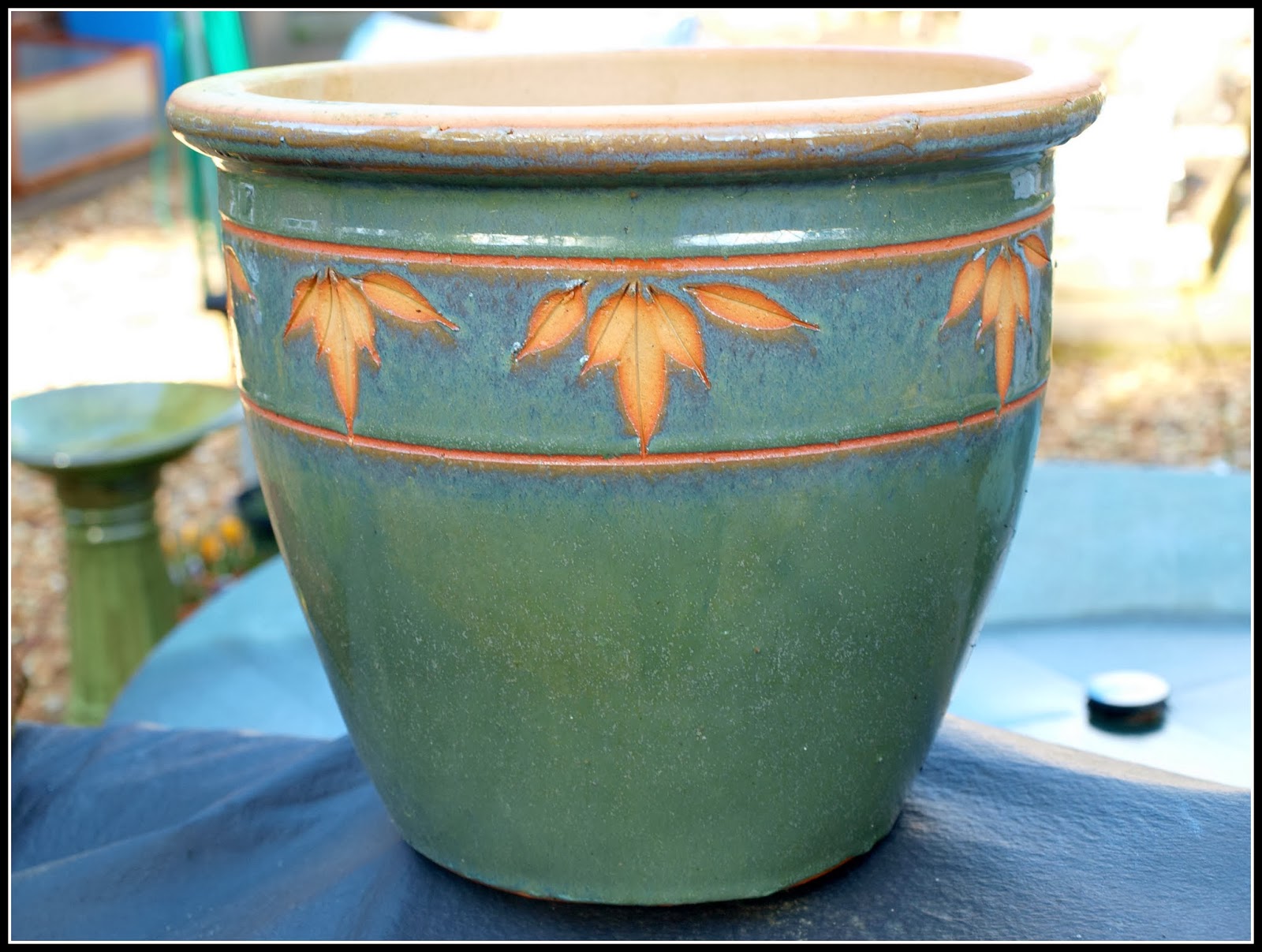 It has already been filled. I chose the colour specially because I think it will look good with the flowers of Echinacea "Little Magnus", an example of which I bought at the end of last Summer. 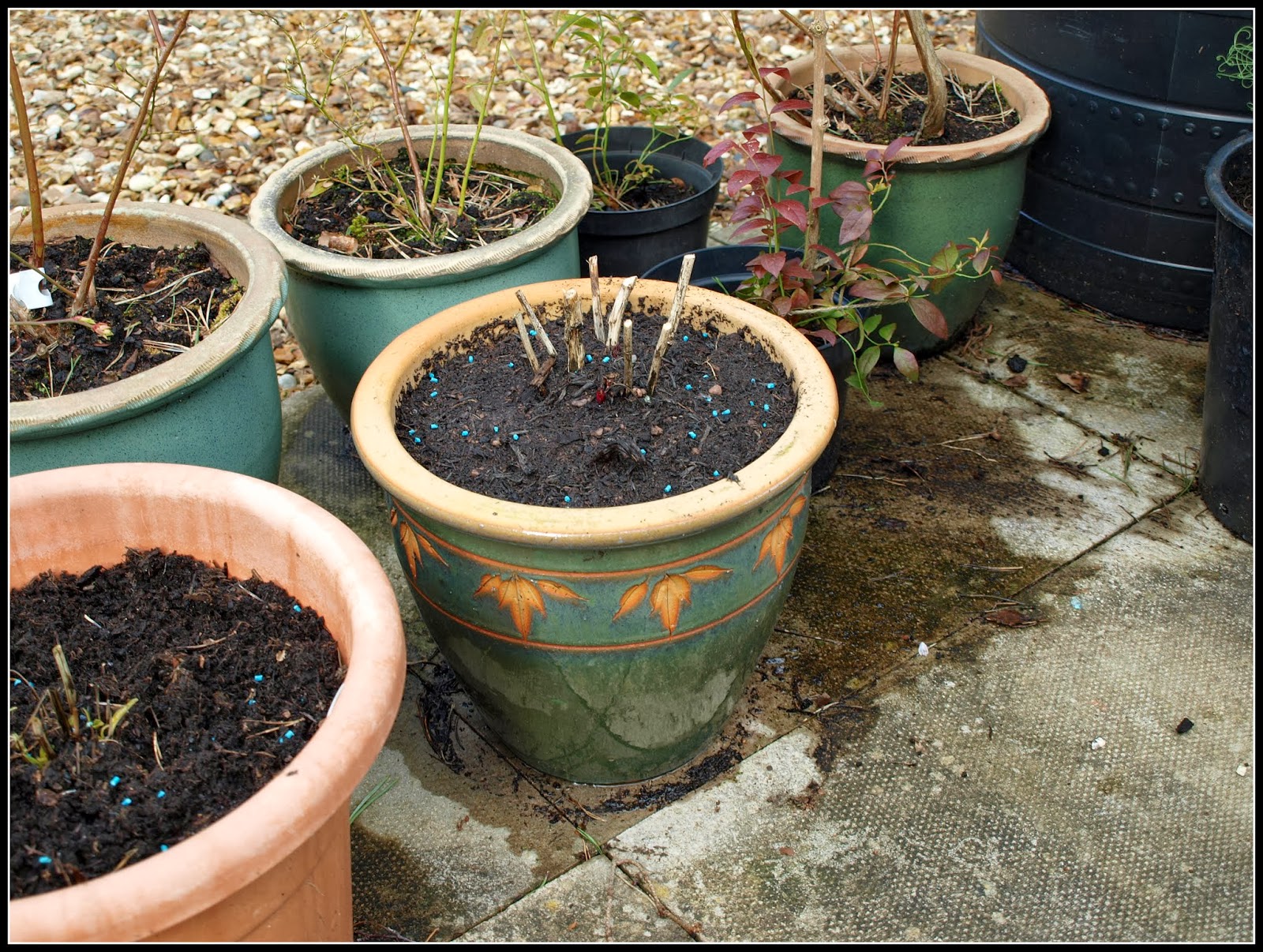 This is what "Little Magnus" looked like last September. Do you think the colour goes with the grey-green of my new pot? 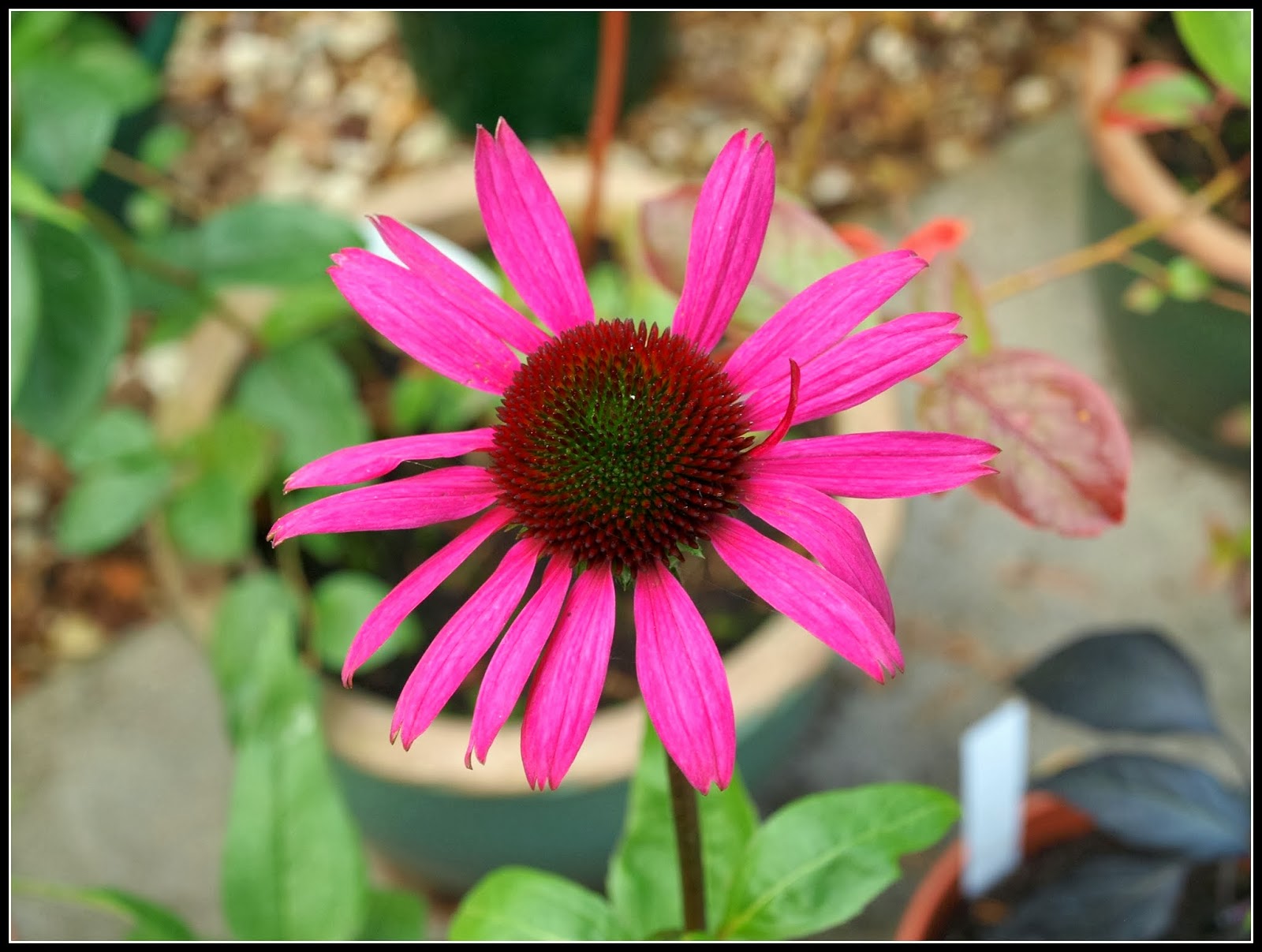 The Echinacea plant is already beginning to show signs of life - there are lots of new shoots coming up amongst the dried-up stems from last year. They are very attractive to slugs, so I have librerally sprinkled the pot with slug-pellets.﻿

The trouble is that with one plant housed in its smart new home, the other rather worn plastic ones which currently hold my other two Echinaceas are in contrast looking decidedly shabby. I sense that it won't be very long before I make another trip to the Garden Centre...
Posted by Mark Willis at 16:07