My Purple Sprouting Broccoli, having been in the ground for many months, is finally about to deliver its crop. This year it won't be a big crop. The four plants I have are very small by normal standards. 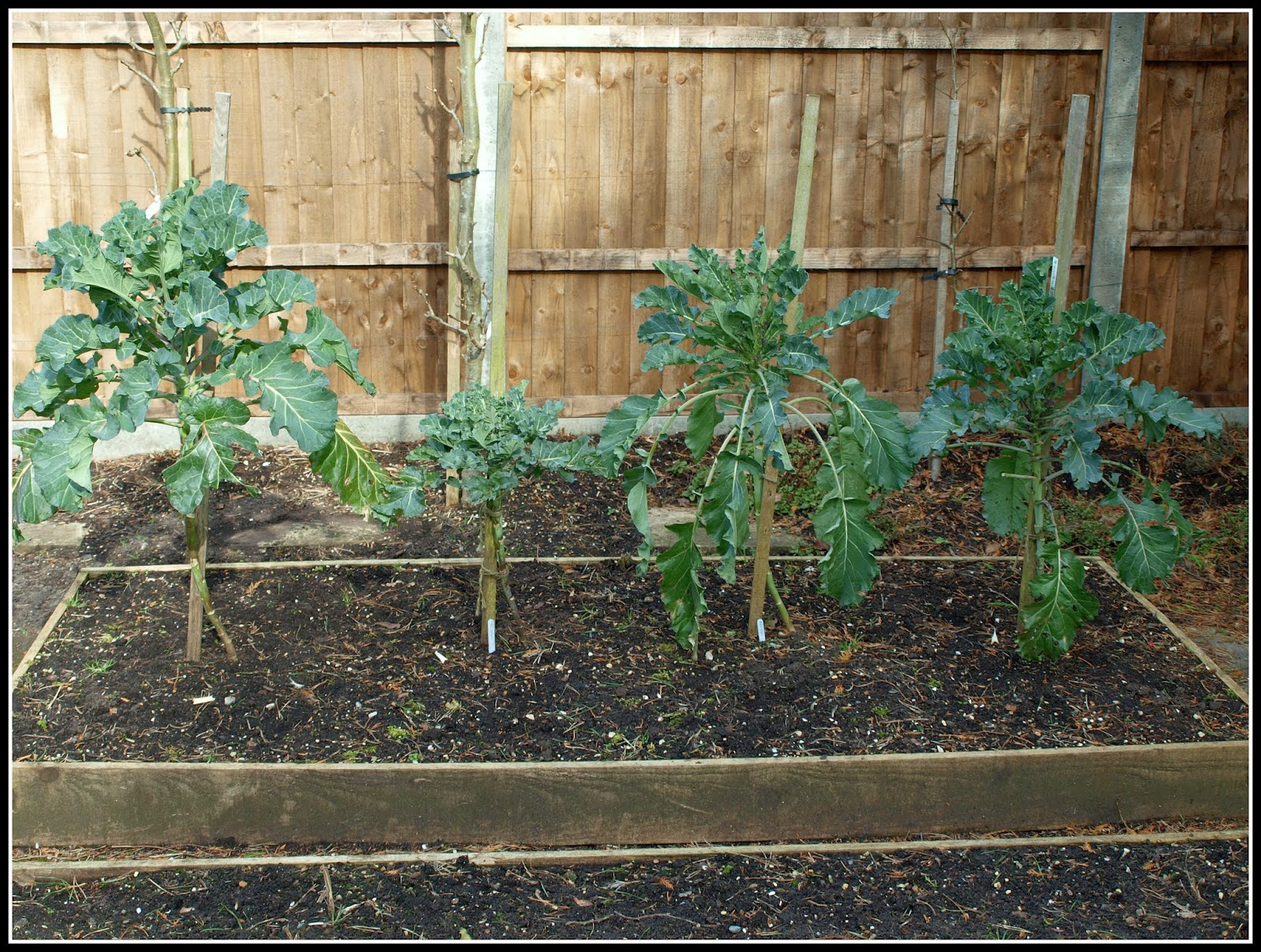 One of them is VERY small... 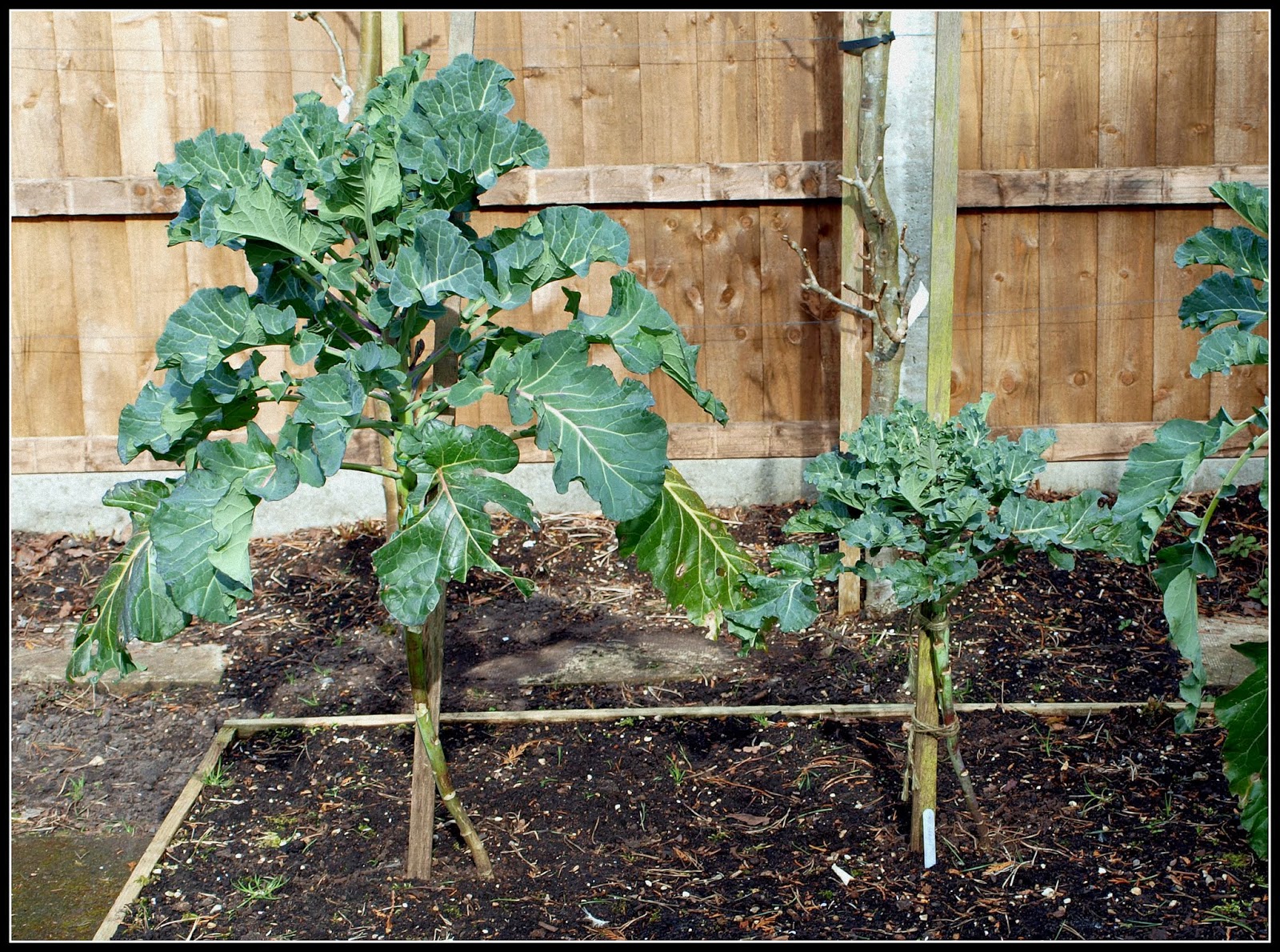 Maybe this is a good thing. Last year I think we had more PSB than we needed. It doesn't keep very well and is best used as soon as possible after picking. When frozen it goes very mushy - not worth having, in my opinion. So having too much is probably a bad thing. Just enough is better. 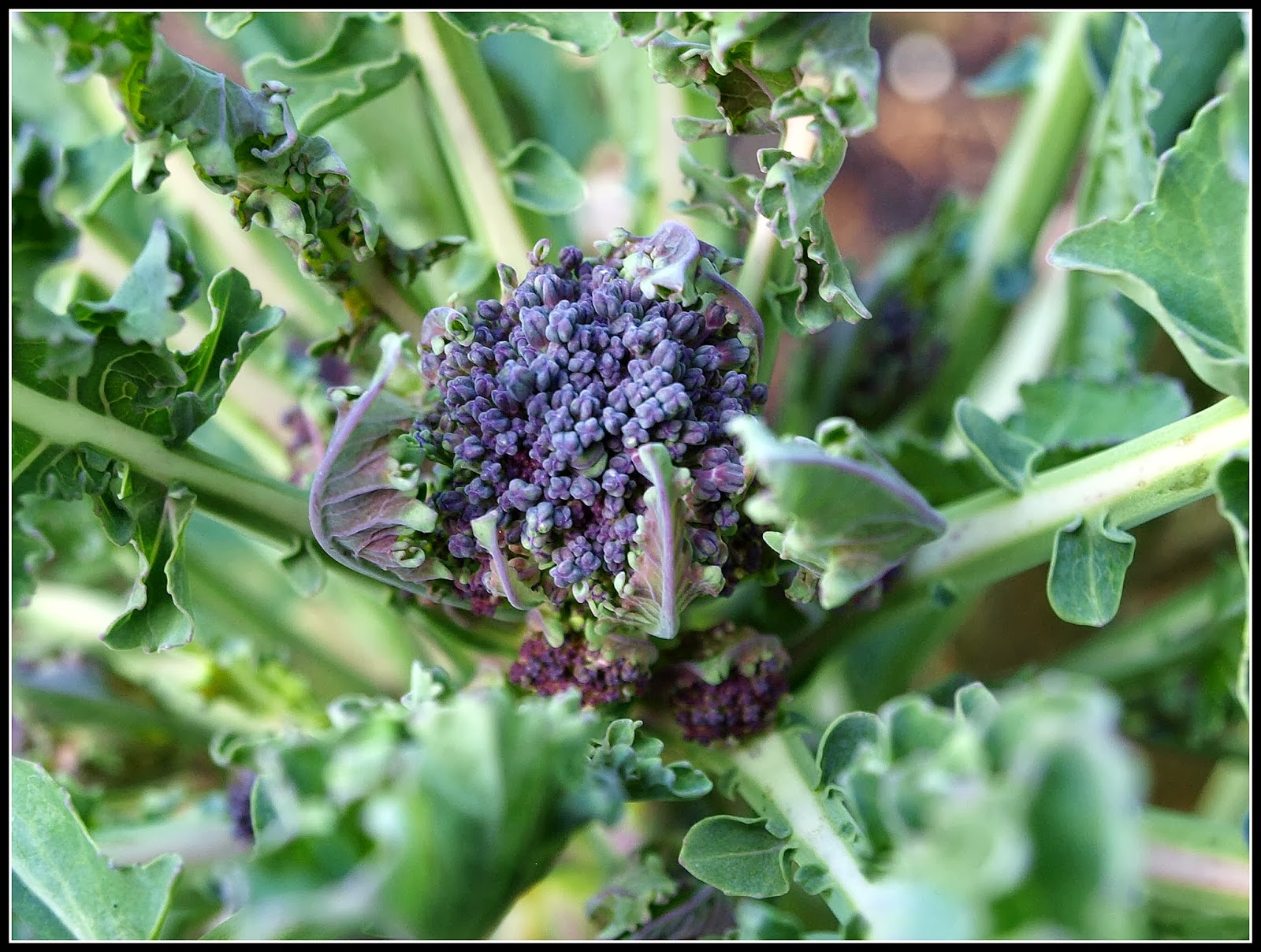 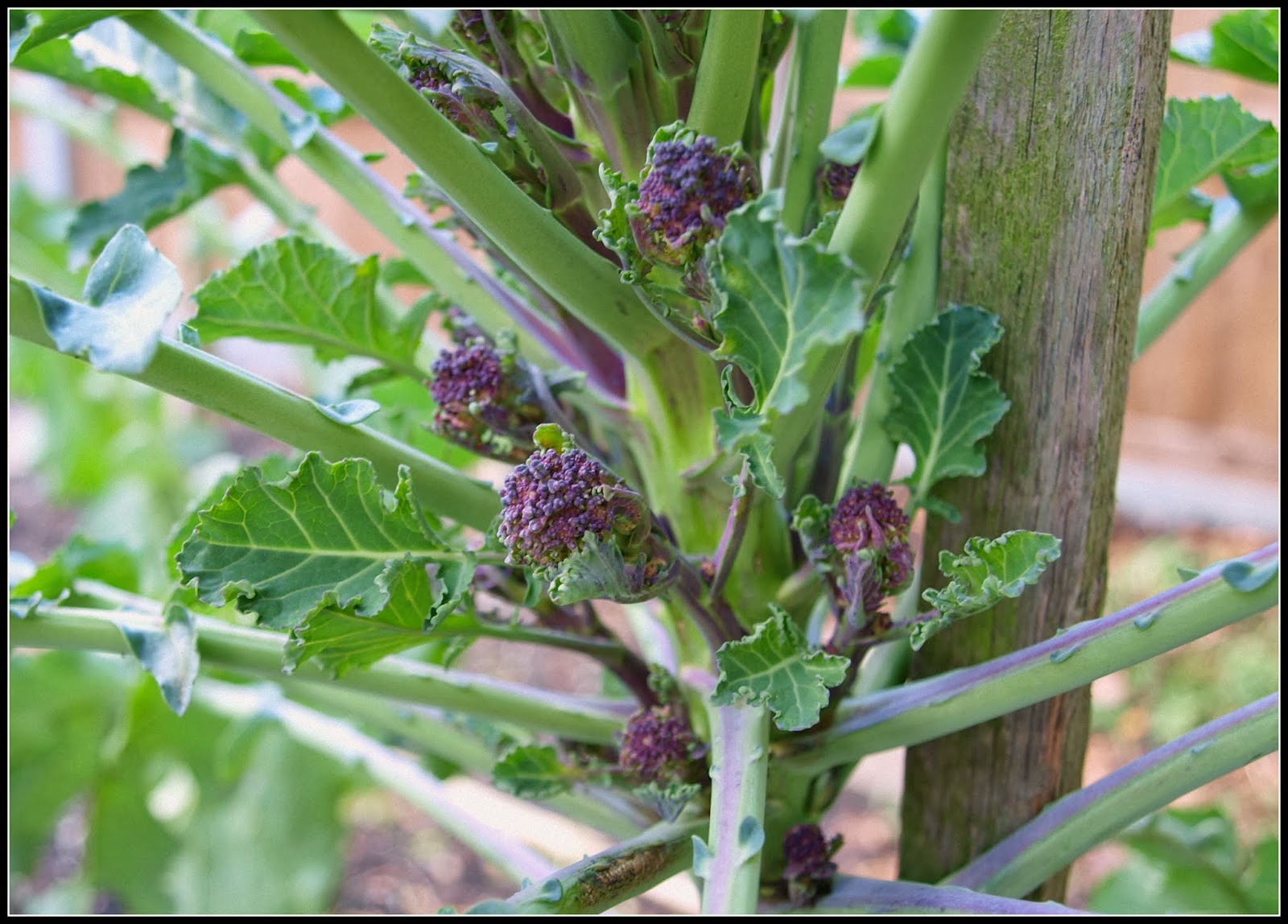 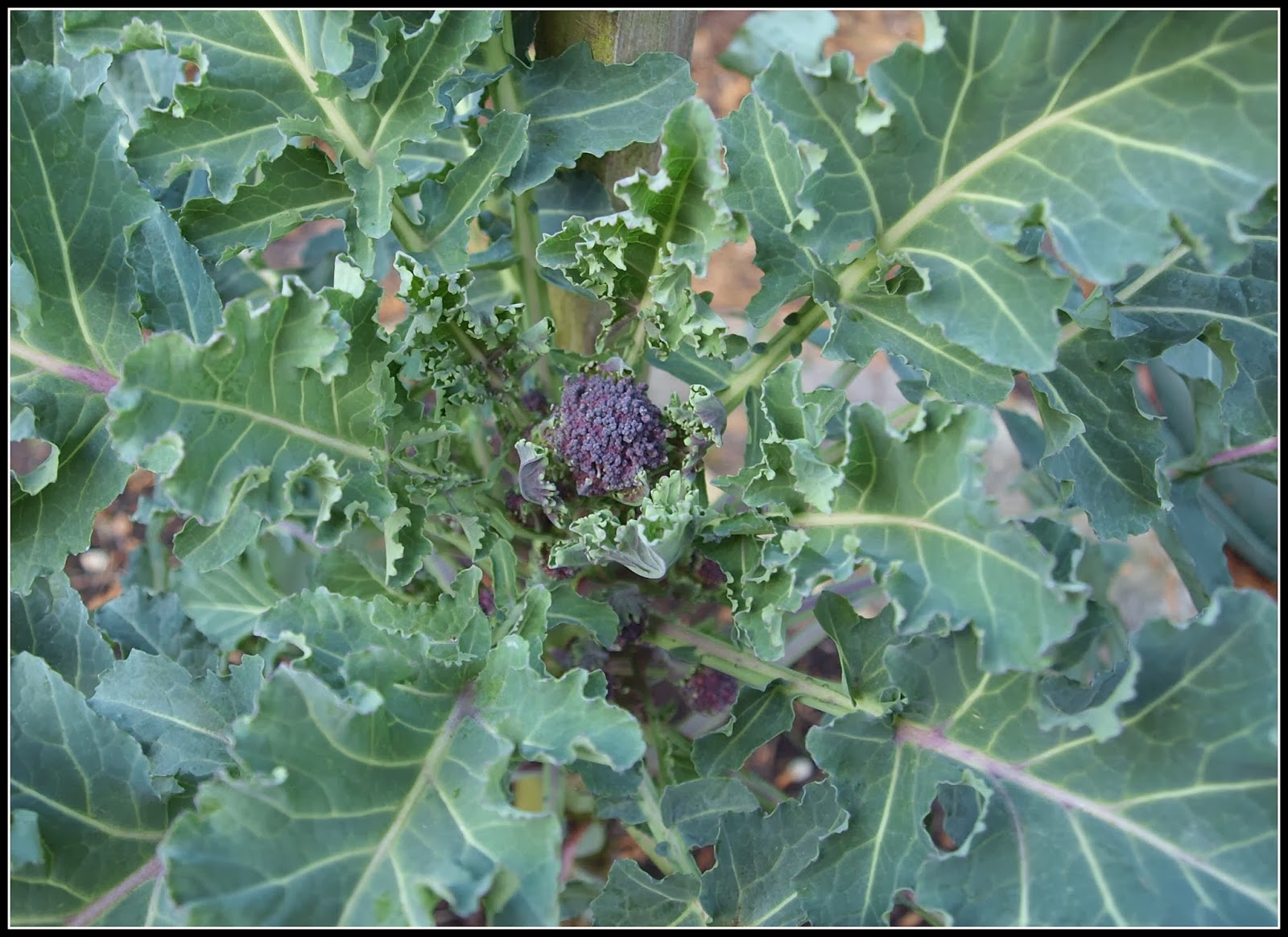 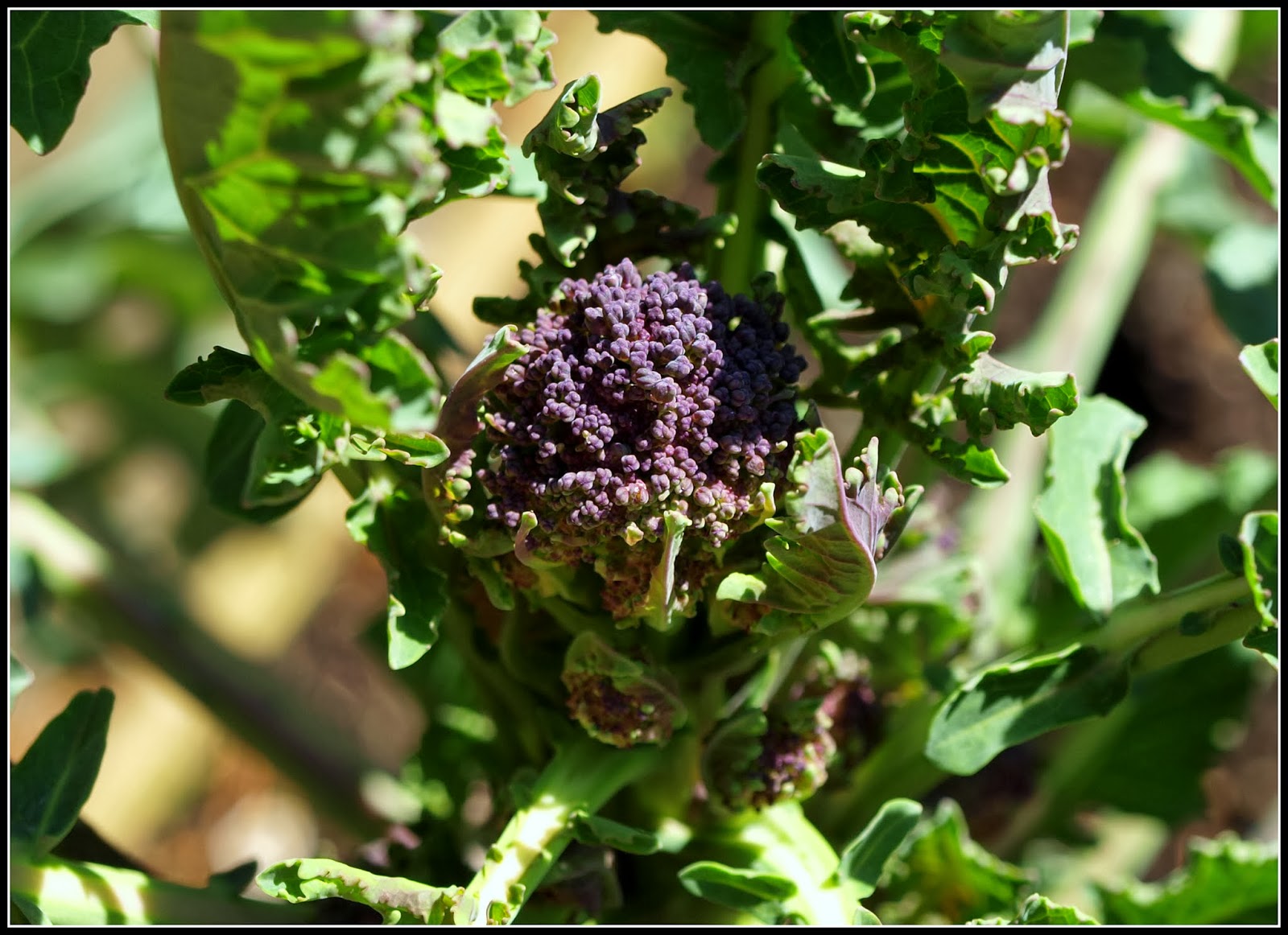 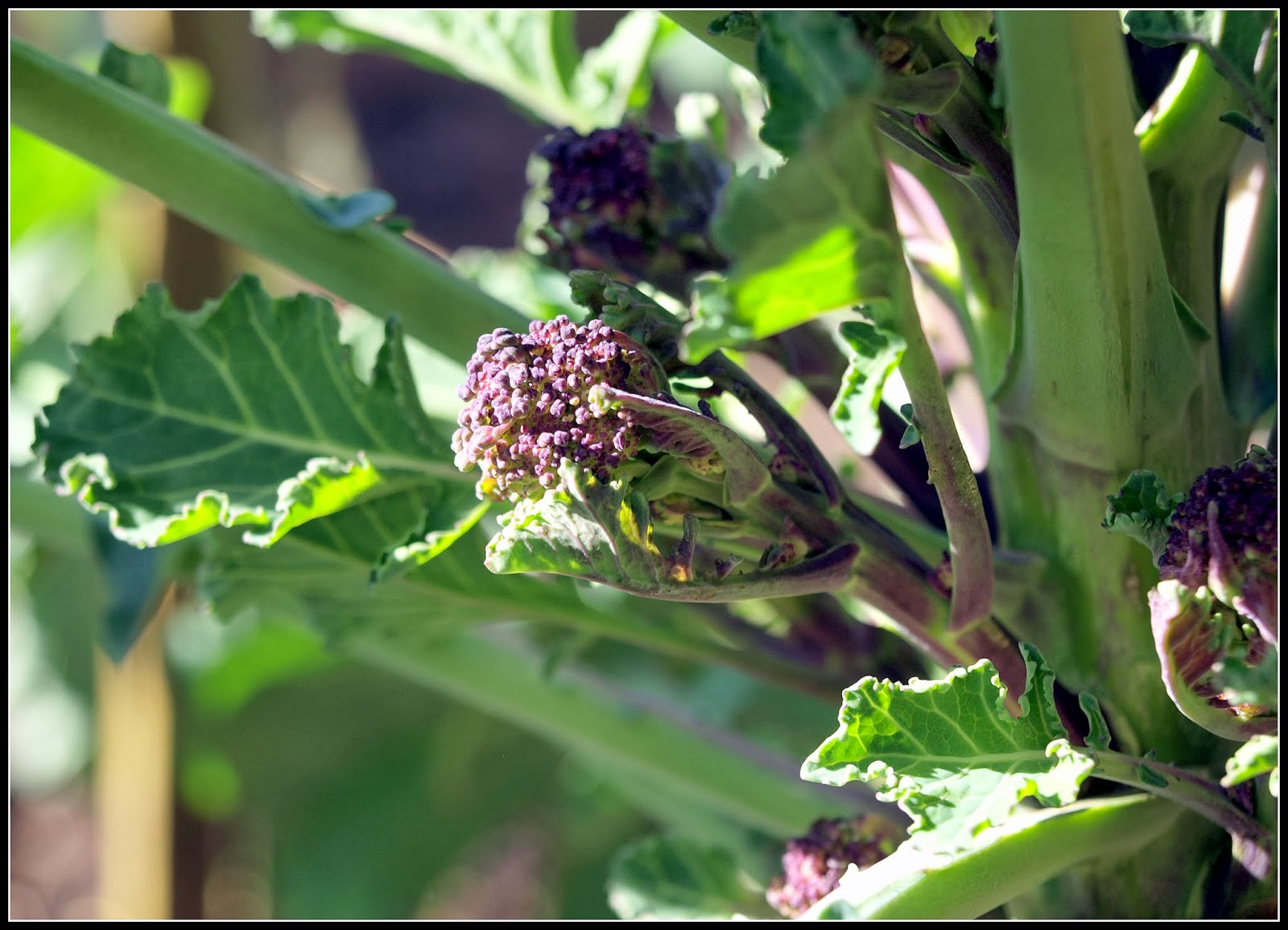 ﻿Regular readers will know that PSB is one of my favourite veg, and I am not going to be easily discouraged when it comes to growing it. If this year's harvest is small, then I'll put that down to experience and try again next year.

Maybe I'll try a couple of different varieties. I was surprised to see that this year my biggest PSB plant is the only one of the four which is an old traditional one ("Early Purple"), whereas the others are newer modern varieties ("Red Arrow" and "Red Spear").
Posted by Mark Willis at 12:00