Some of you will be aware that I am a bit keen on (some would say obsessed with) growing chillis. I have been overwintering some plants which I bought last year, but didn't want to lose. I started with 5, but 2 of them have not survived. However, the remaining 3 are looking OK. There's not much wrong with this "Red Habanero" is there? I think you could reasonably describe it as "vigorous".


The other two plants are both of the variety "Nosferatu", which has foliage that begins life green, but gradually darkens as it matures, eventually becoming more-or-less black. Likewise, the fruits start off being a sort of chocolatey purple, but ripen to dark red.


This is what the "Nosferatu" plants look like  - thin and tatty lower down, but with lots of bushy new growth at the top. I would like to emphasise that this one has been brought into the kitchen purely for the sake of photographing it. It normally lives on a windowsill in our guest bedroom. 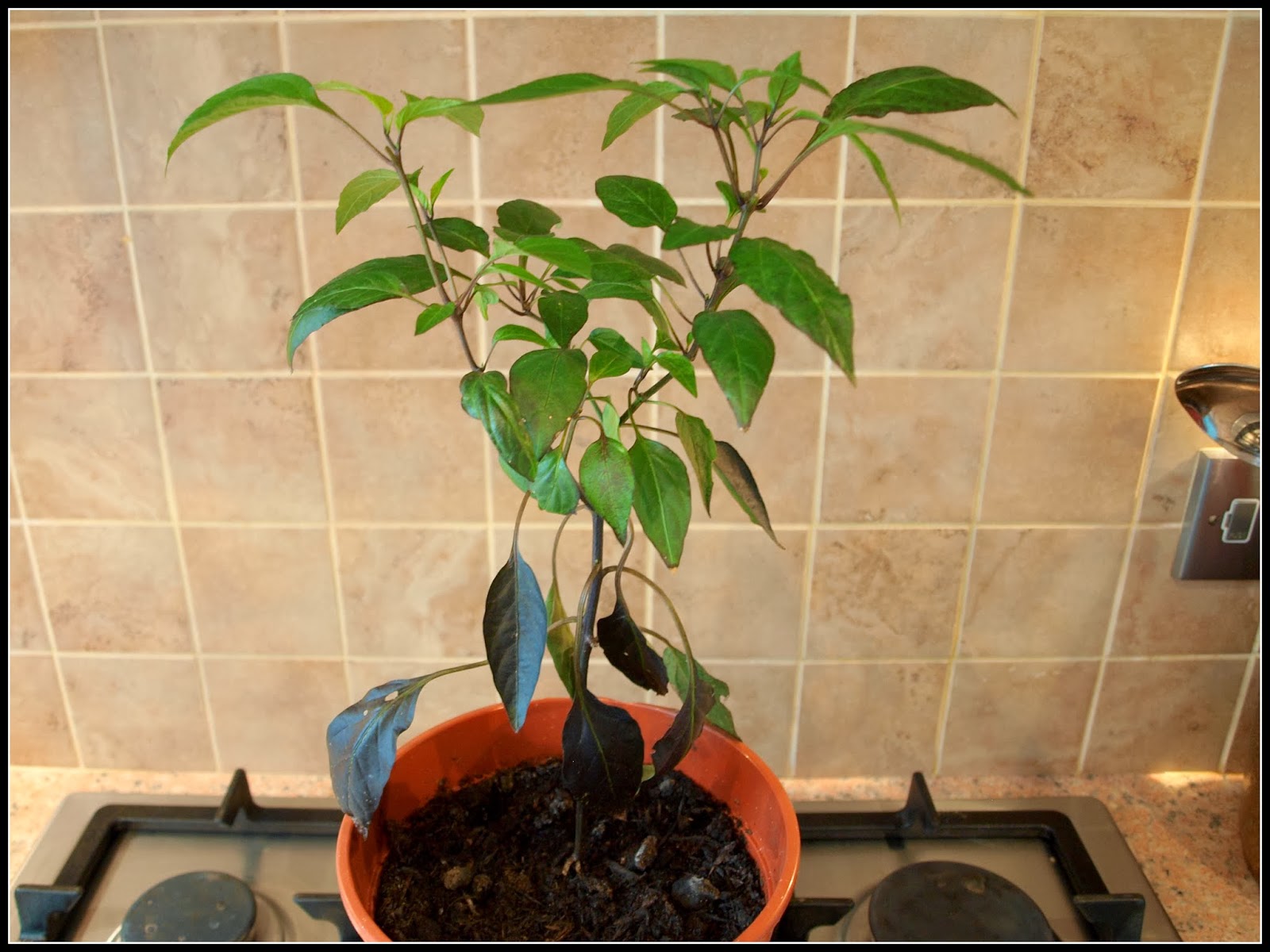 As you can see, the old, dark-coloured leaves are looking very disreputable, starting to go brown and curl up. Not very handsome at all! 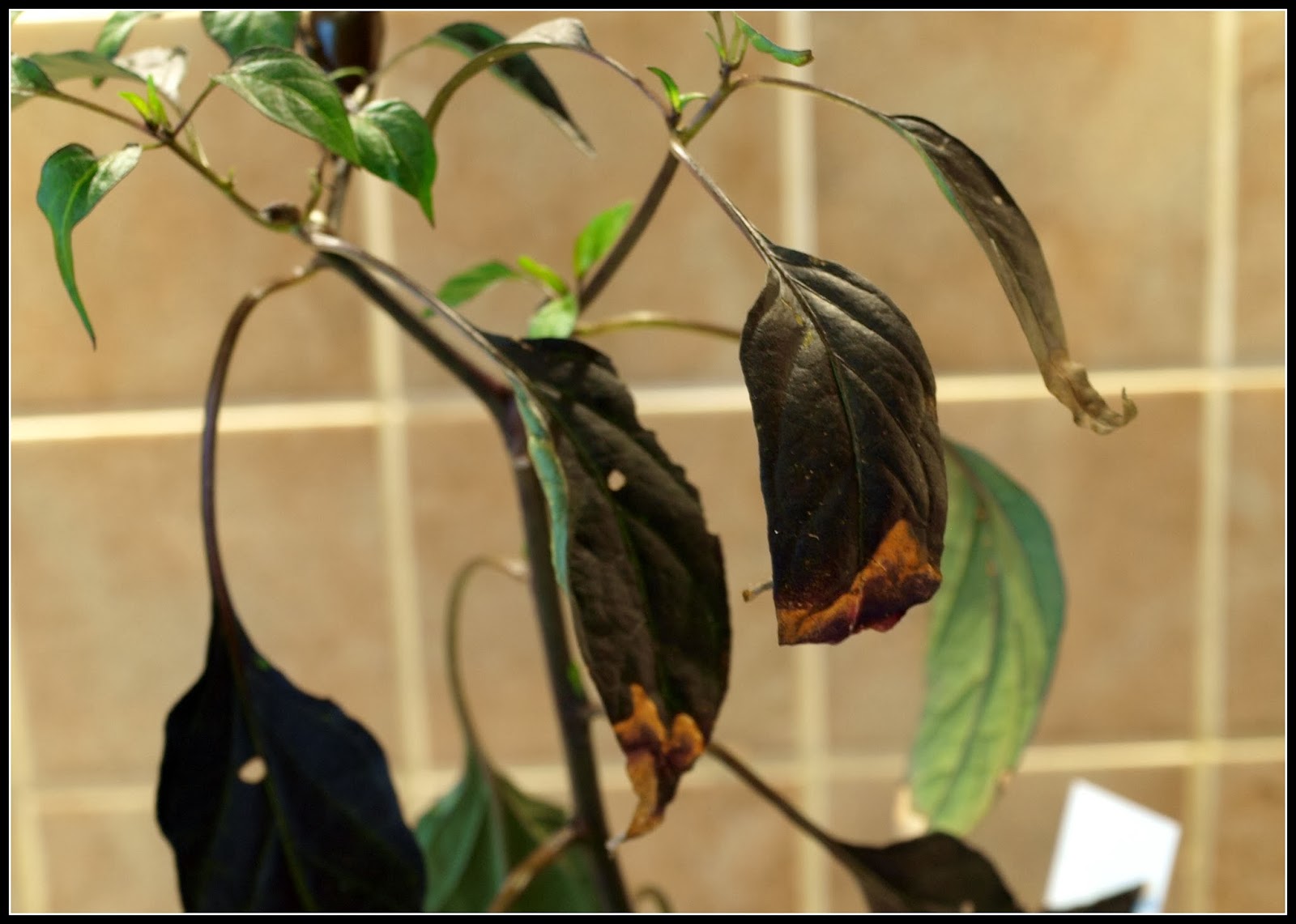 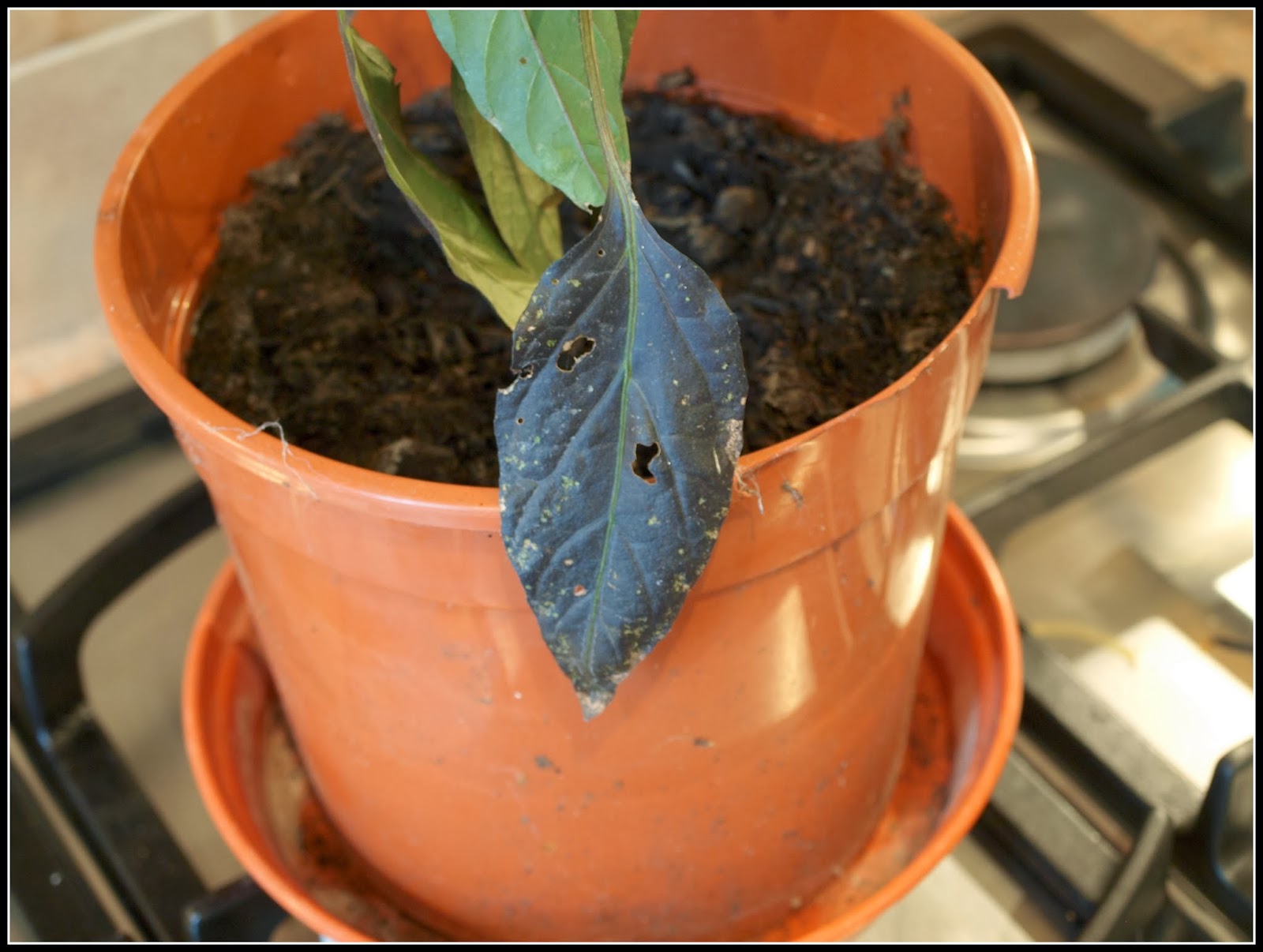 However, from each leaf axil a tiny new green leaf is appearing: 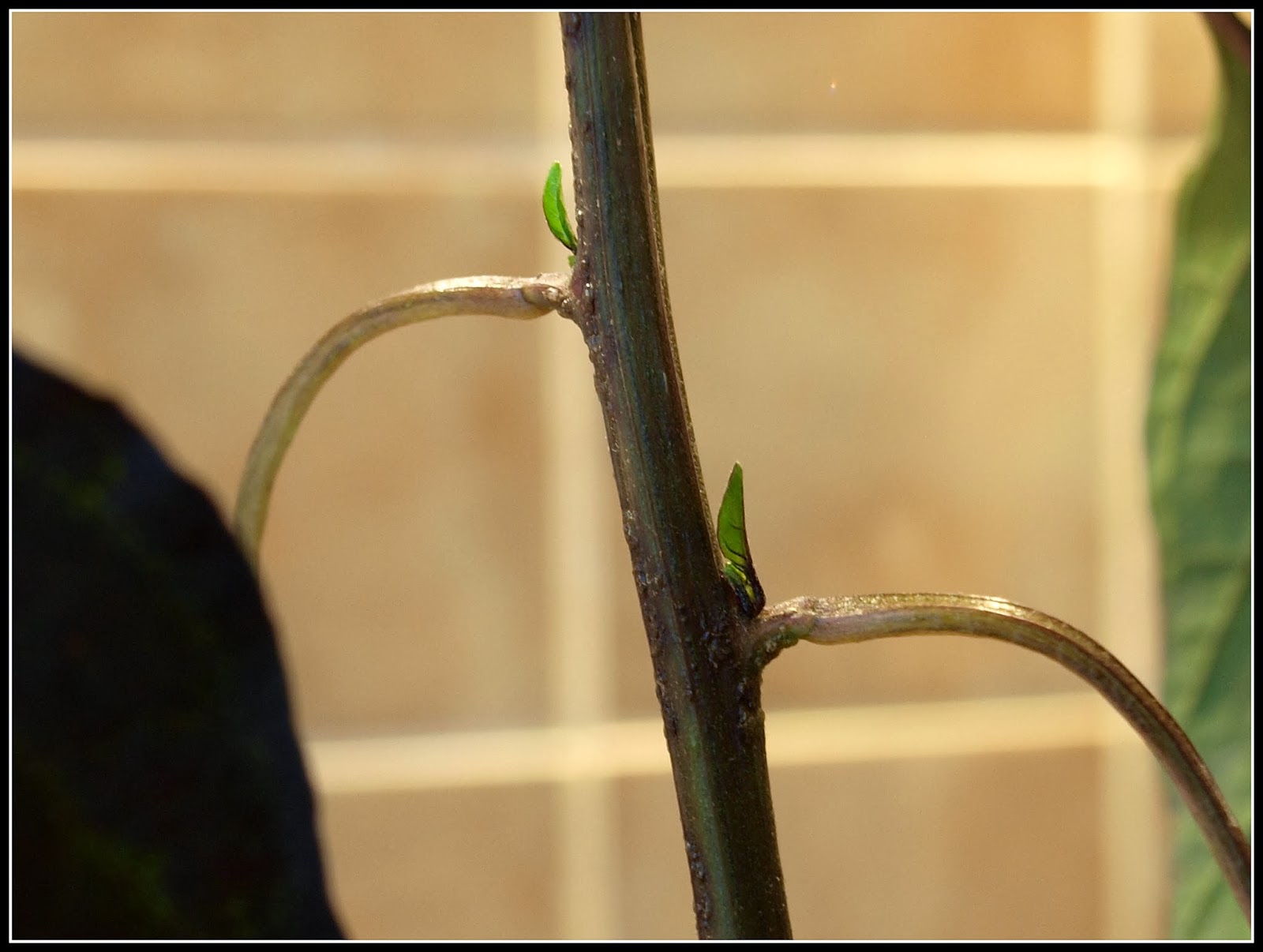 Since taking these photographs I have snipped off most of the big leaves, which will probably stimulate the small new ones to grow even quicker.

Up at the top of the plant there is plenty of new growth too, and I have started to pinch out a few shoots, in order to persuade the plants to become bushy rather than tall and thin. 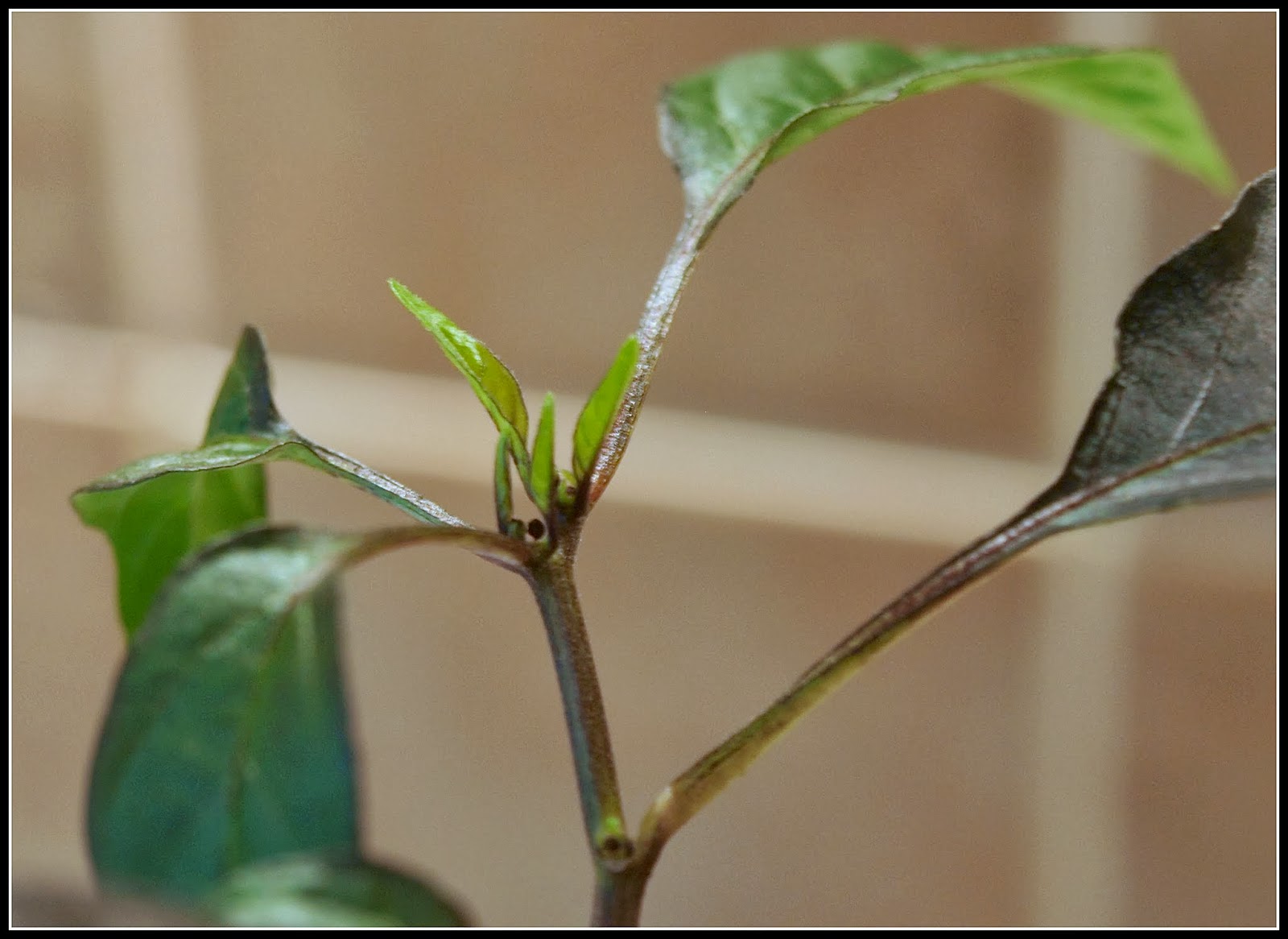 Wherever you pinch out a shoot, the branch produces two new shoots. 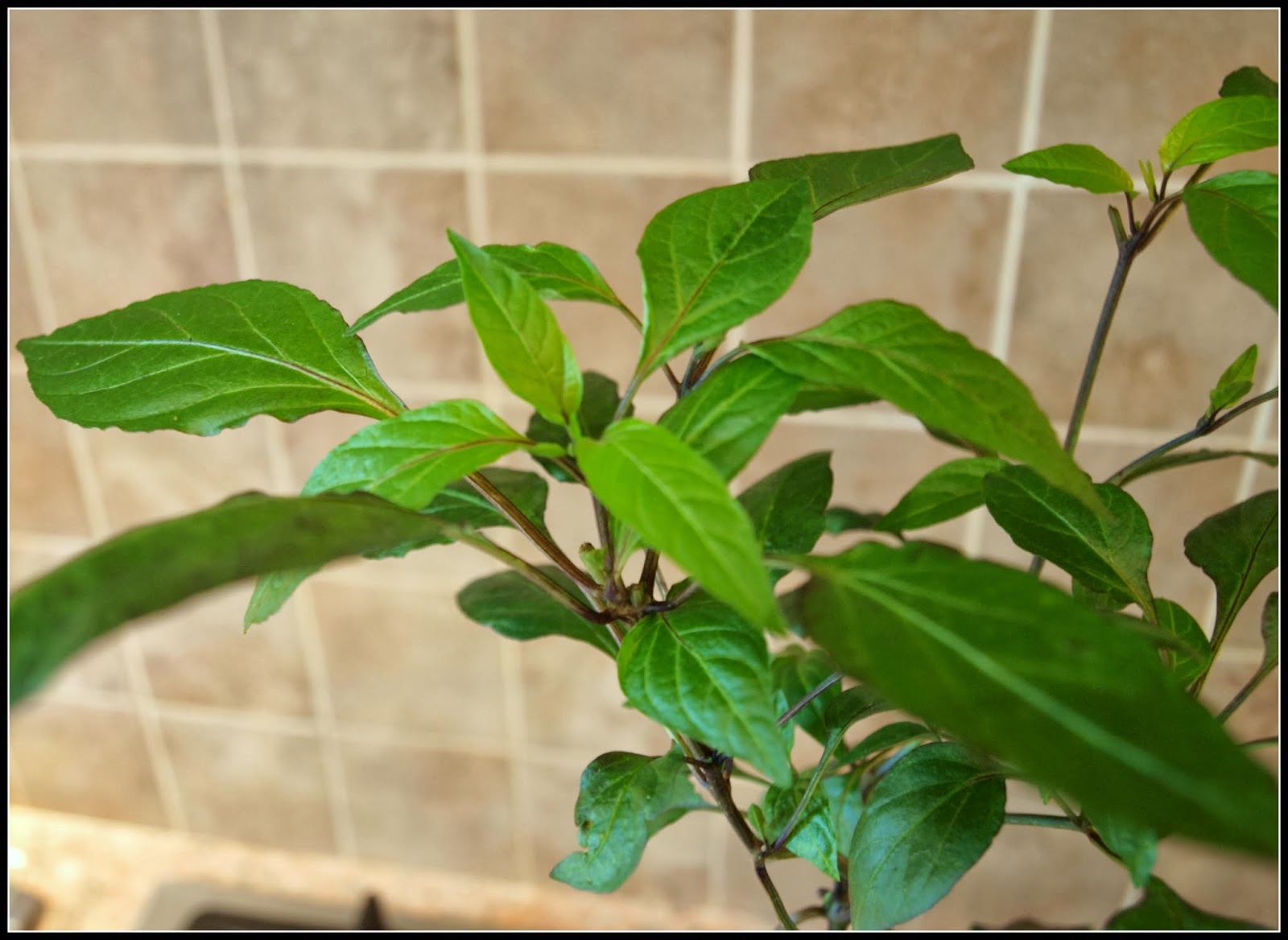 You might be wondering why I am bothering with overwintering these plants at all. Well, the overwintered ones will hopefully produce flowers and then fruits much earlier than their cousins that I am growing from seed, which is desirable because chillis take a long time to mature. Unless we get a particularly hot sunny Summer it is usually September before many of the fruits are ripe, and it would be quite nice to have a few before then.
Posted by Mark Willis at 12:00