Crocuses in the rain

Mild weather is all very well, but sometimes I would rather have cold and DRY! I'm sure we are all fed up with the never-ending rain. I suppose we have to consider ourselves lucky that we haven't had a storm for some while now - it must be at least a week...

Crocuses don't like rain. They remain closed up and let the raindrops slide down their slim, pointed flowers:

It's hard for me to get my camera to do justice to this one's true colour. It's not blue. It's not purple. In some light conditions it looks almost red:
﻿
This one, spattered with tiny pearldrops of rain, was described simply as "Yellow", but it has dark mauve stripes on the outside of its flowers, just like "Gypsy Girl".
﻿


﻿There's no doubt about this one's credentials. This is "Prins Claus":
﻿
The flowers in the photos above are in some small pots. Seen from a distance today, they look distinctly unimpressive, but yesterday afternoon when the sun was out the blooms were fully open and much more colourful.
﻿ 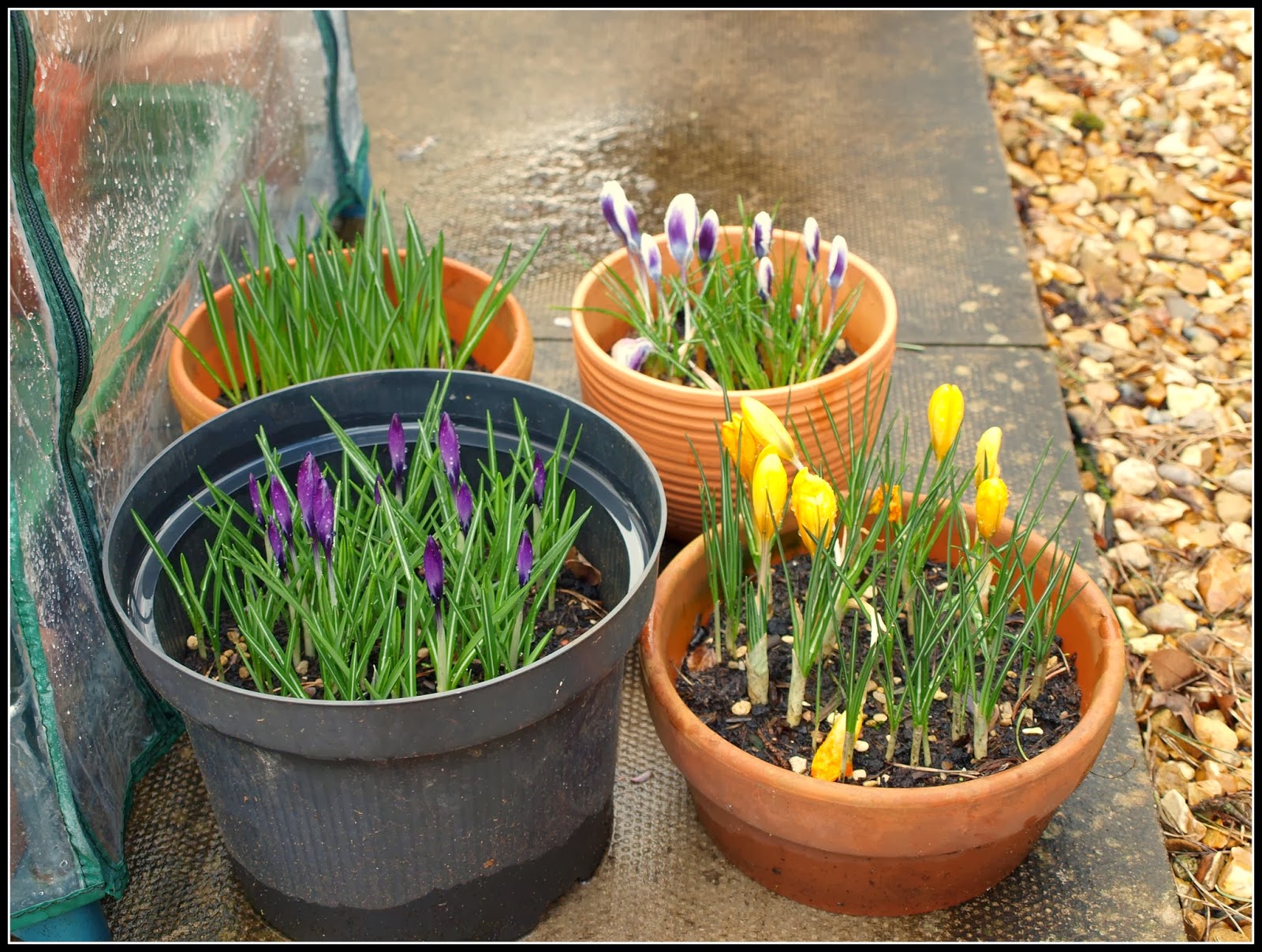 I think the pot at left rear (without any flowers open at present) contains "Cream Beauty", but I'm not certain of that. Should have labelled them, I suppose!

The Crocuses around the bases of the trees have taken a battering from the rain, and today they are a really sorry sight. Most of the "Tommasinianus" (light mauve) ones have finished now, but this patch of "Ruby Giant" would have been good for a few more days if the weather had been better:


Out at the front of the house, the circular bed round the Crab Apple tree looks good now. The Irises are past their best, but the Daffodils (mostly Tete a Tete) are in fine form: 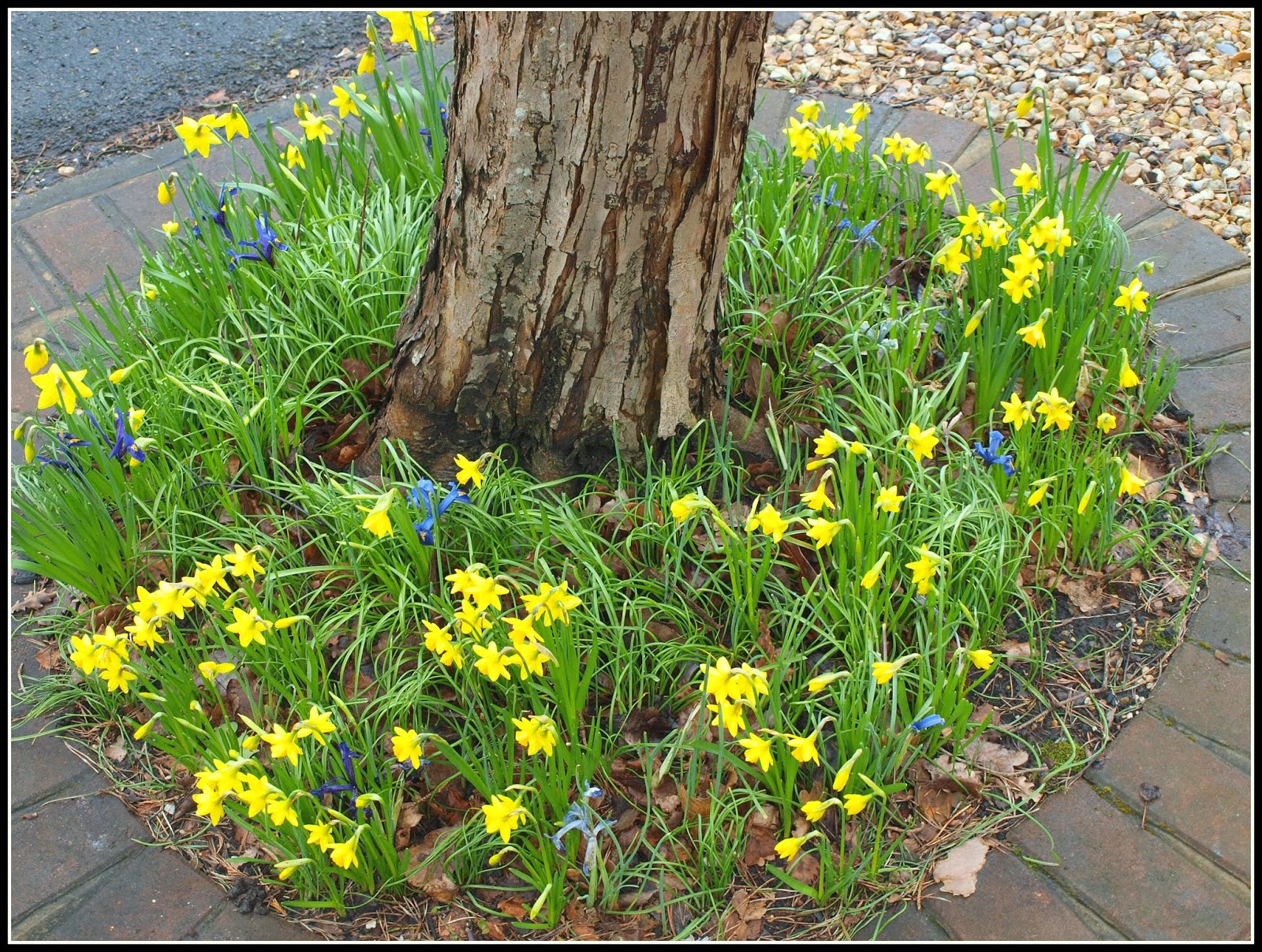 ﻿And of course, you already know that the "Soleils d'Or" are at their best...
Posted by Mark Willis at 12:00