I got my tomato seeds sown on Friday. I sowed 27 pots of them, using the tall thin plastic pots from "Elmlea" cream-susbstitute which we have saved up over the last year: 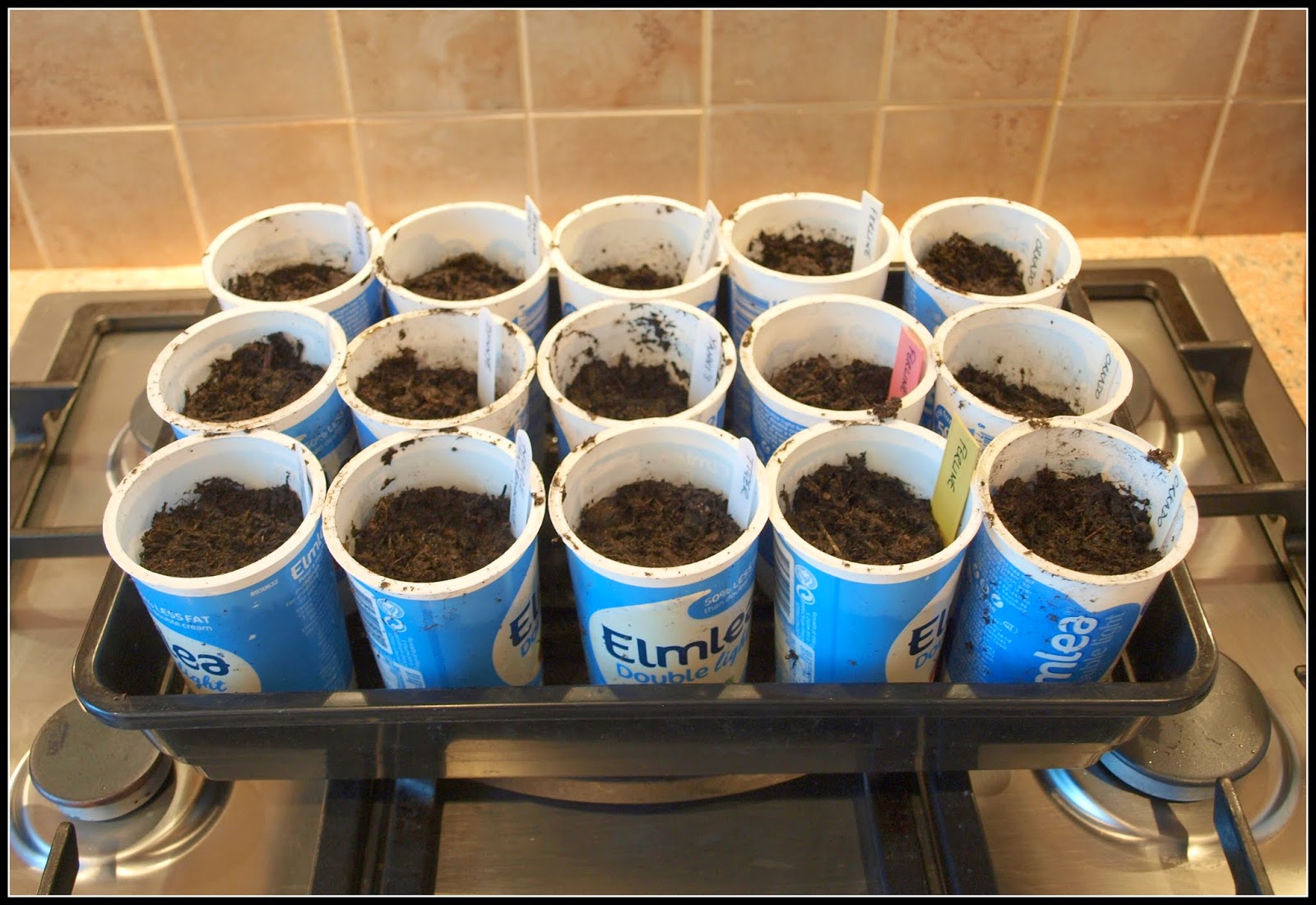 I have made a point of sowing lots of different types, including many that have been sent to me by friends around the world (e.g. Eddy in Belgium, Tiffany in the USA and Trevor in Wales), so it was important to have them clearly labelled. 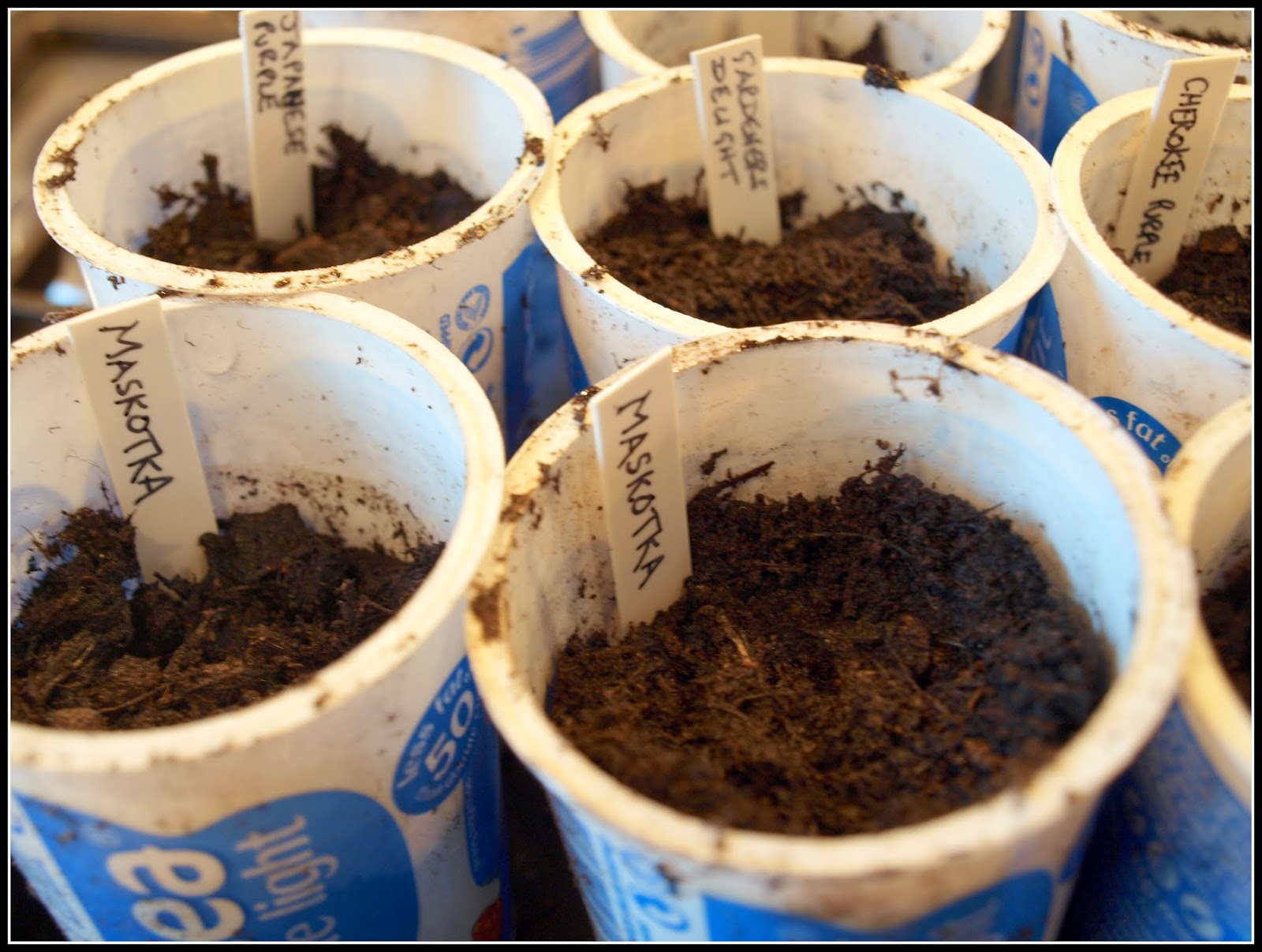 Several of the types are old favourites - like "Gardener's Delight", "Maskotka" and "Ferline", but I have also got some less well-known ones such as "Rumi Banjan", "Banana Legs", "Giant Syrian" and "Larisa". Where I am going to put them when they get bigger, Goodness only knows! I think I will have to give some of them away. I'll probably have space to grow about 18 or 20 at most, but I always find it hard not to go overboard because there are just so many interesting tomato varieties around. 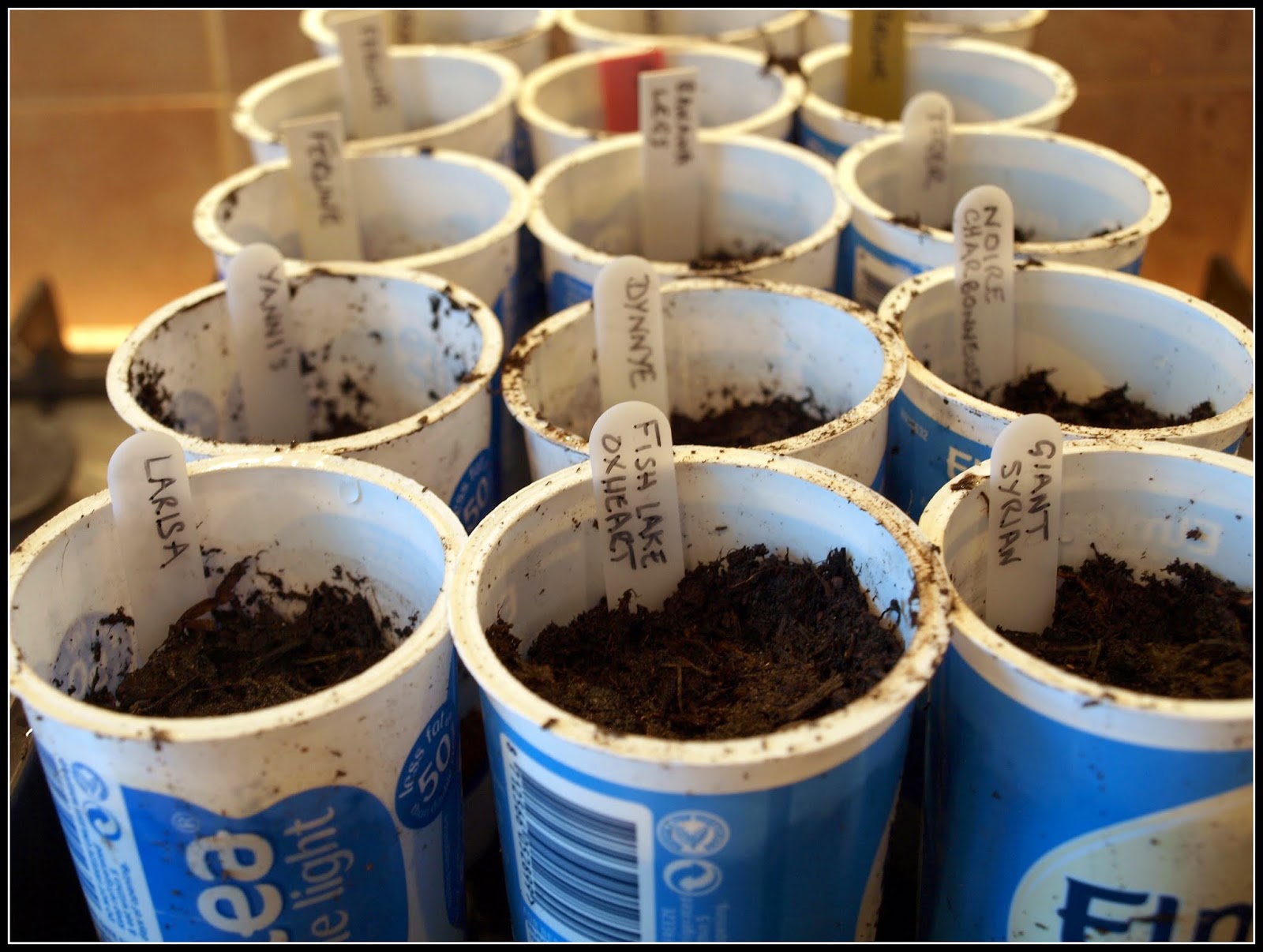 The ones given to me by Eddy are (at my request) all big-fruited "Beefsteak" varieties, whereas Trevor has sent me two Cherry-sized ones. One is called "Tiger" and the other, which he bought from a local man while on holiday in Santorini, has been nicknamed "Yanni's". 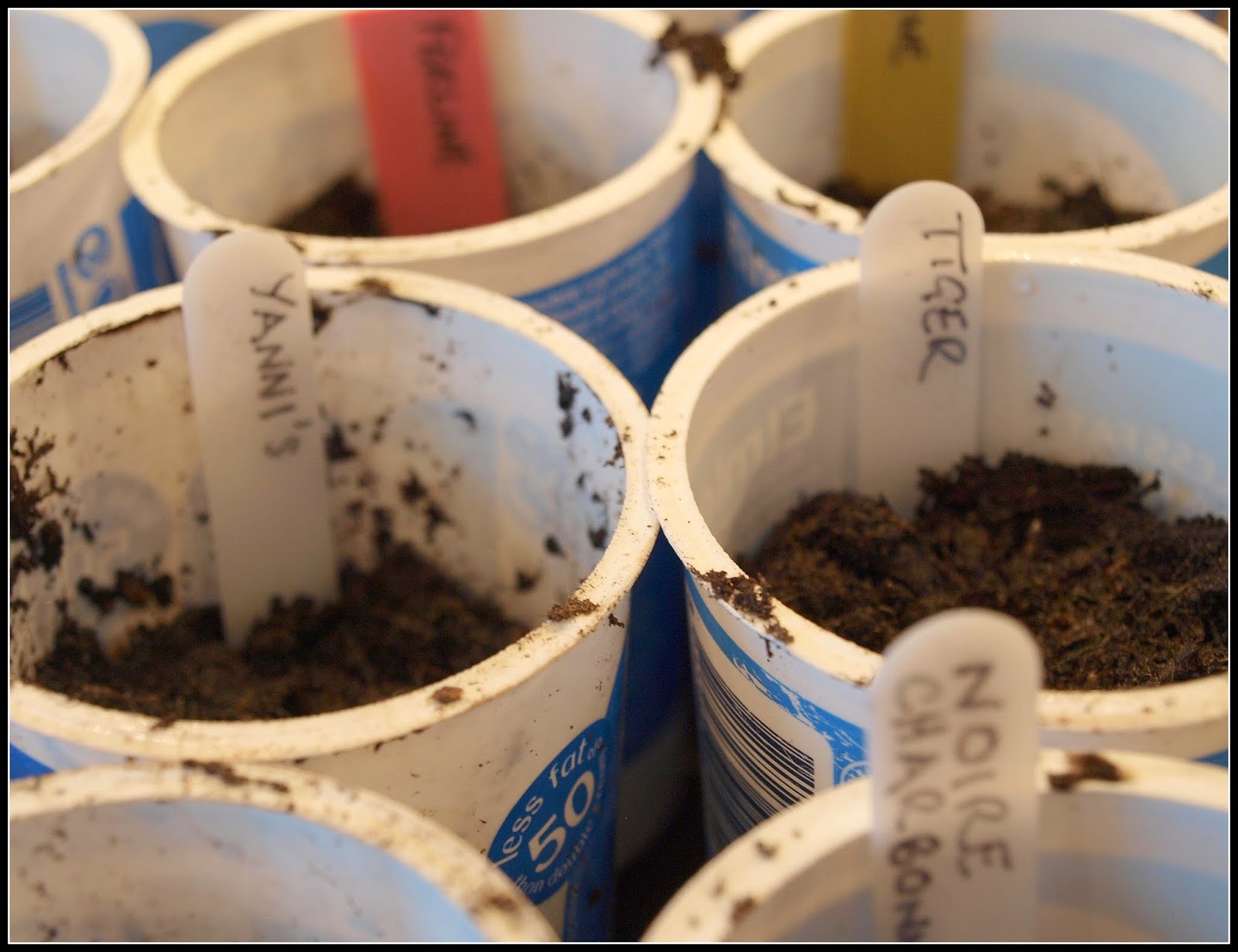 My procedure is to sow two seeds in each pot, and to remove the weaker seedling if both germinate. Some people would say this is wasteful, but for me it is a way of boosting my chances of getting good plants. If I sowed 50 of each type I would not do it, but when you only have one or two pots of each I think it is justifiable.

The pots are now arranged in seed-trays covered with plastic bags, underneath the lights of my Growlight House. I expect them to germinate within a few days. ﻿