Following on from the construction of my Anti-Carrot Root Fly carrot-growing structure (as described on Tuesday), I have decided to apply the same approach to my arrangements for growing miniature (i.e. salad) carrots.


I am using two large plastic storage-boxes (purchased at Tesco - approx £2.49 each), in the bases of which I have drilled several drainage holes. I filled the boxes with a mixture of home-made compost and sand. In them I have sowed three types of miniature carrot: "Mini Finger", "Mignon" and "Amsterdam III Sprint", all half-packets left over from last year. In amongst them I sowed a small number of "White Lisbon" Spring Onions, which are supposedly a deterrent to Carrot Root Fly. The two boxes fit neatly in my wooden planter, standing each on two bricks to raise them to the right height. 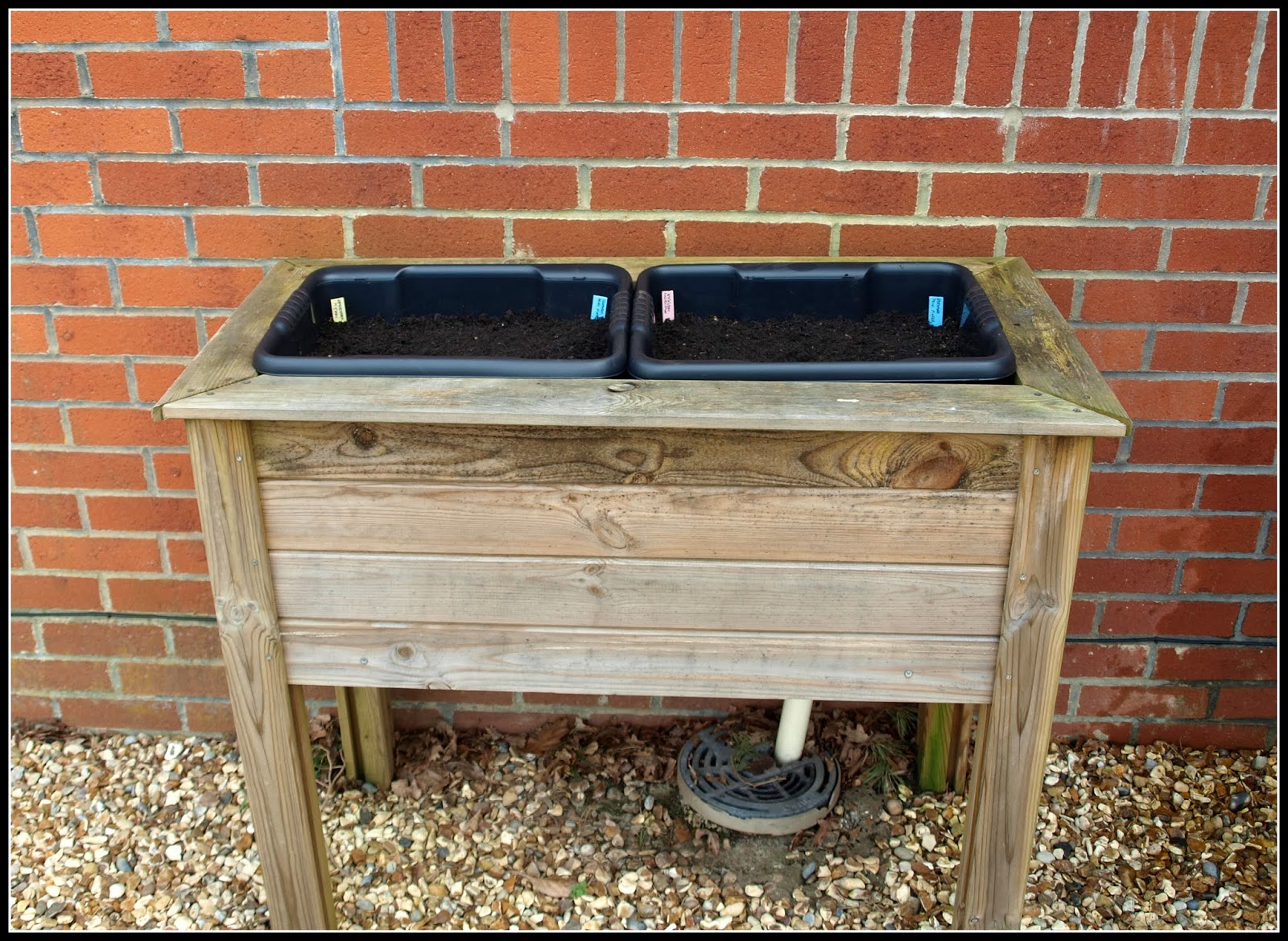 The hoops for the protection system are made from wire coat-hangers chopped at the appropriate places with a pair of sturdy pliers. 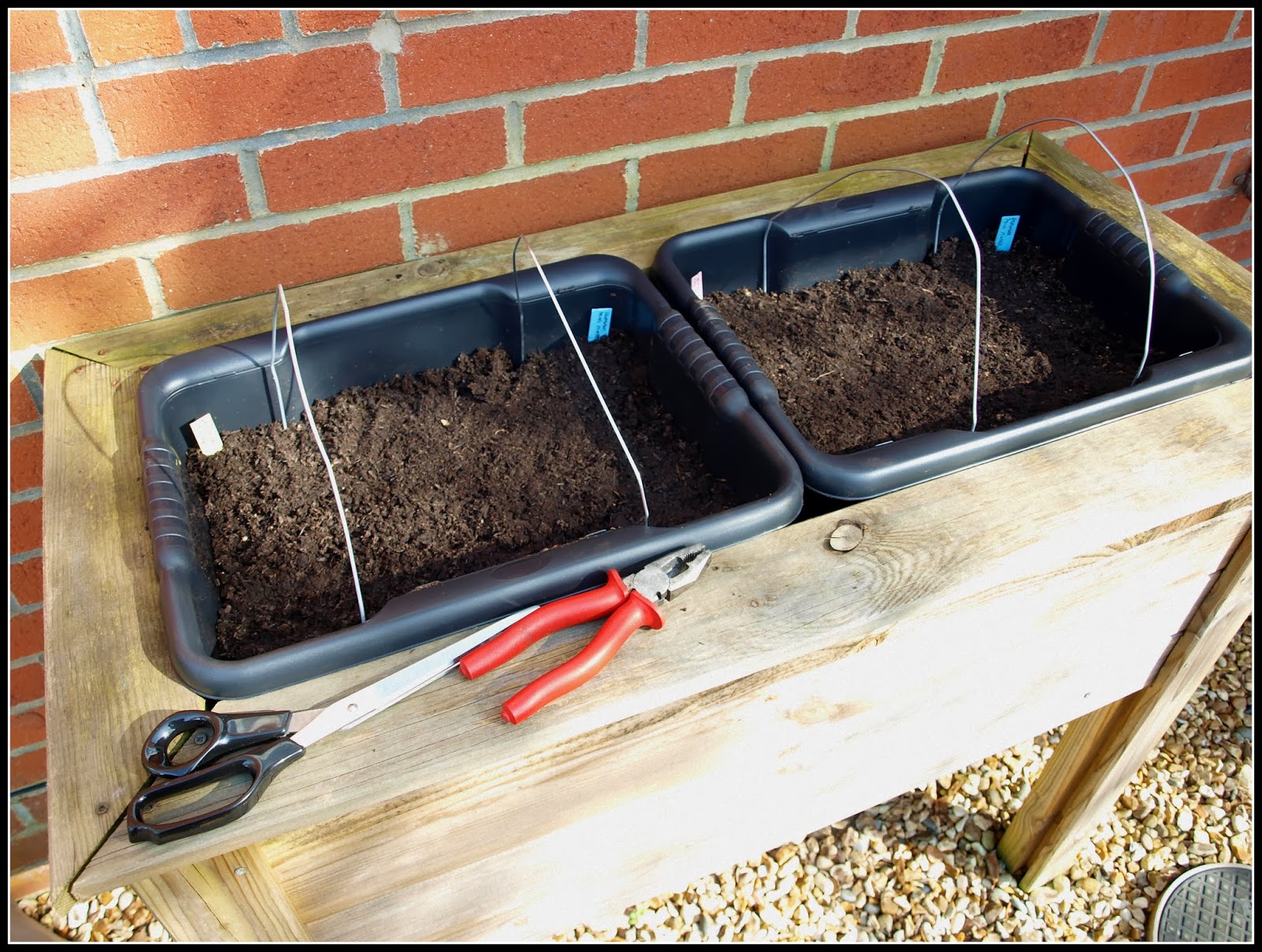 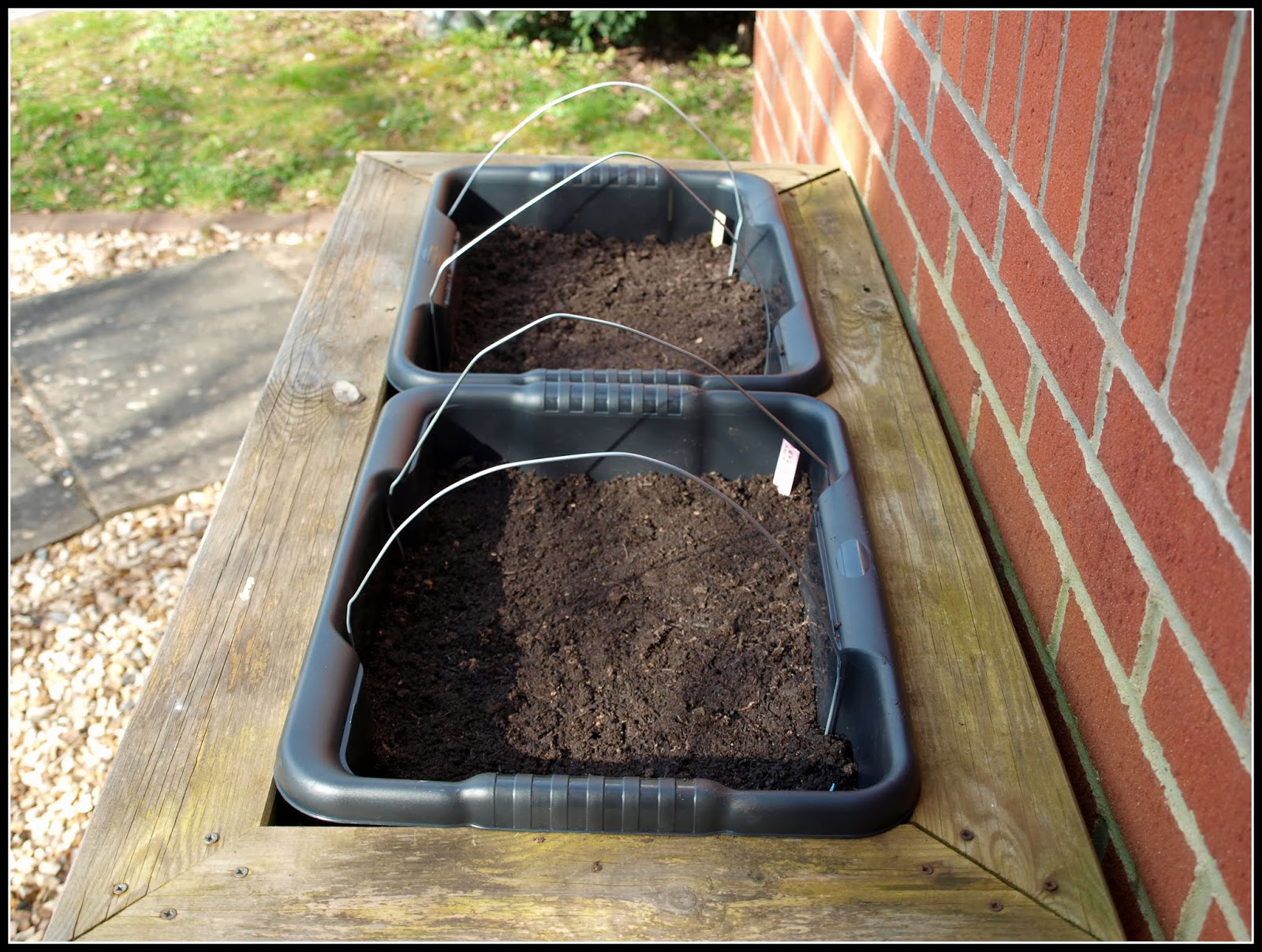 Over the hoops I have draped a small piece of Enviromesh cut from a length of the stuff that has been sitting in the garage for several years, awaiting just such an opportunity. The big piece had several holes in it (courtesy of the local feline population), but I found a bit that was OK. 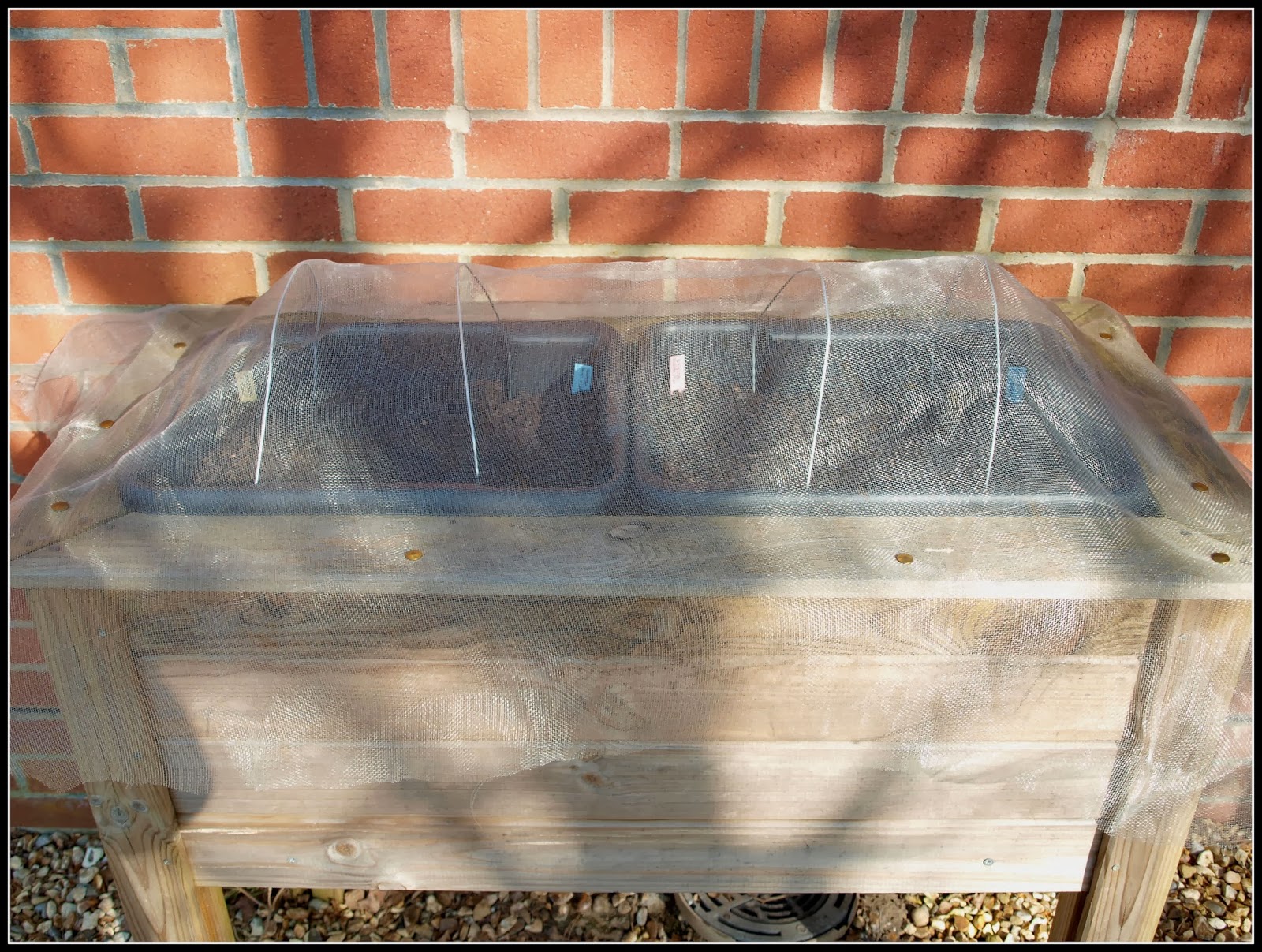 The mesh is secured to the wood of the planter with brass drawing-pins: 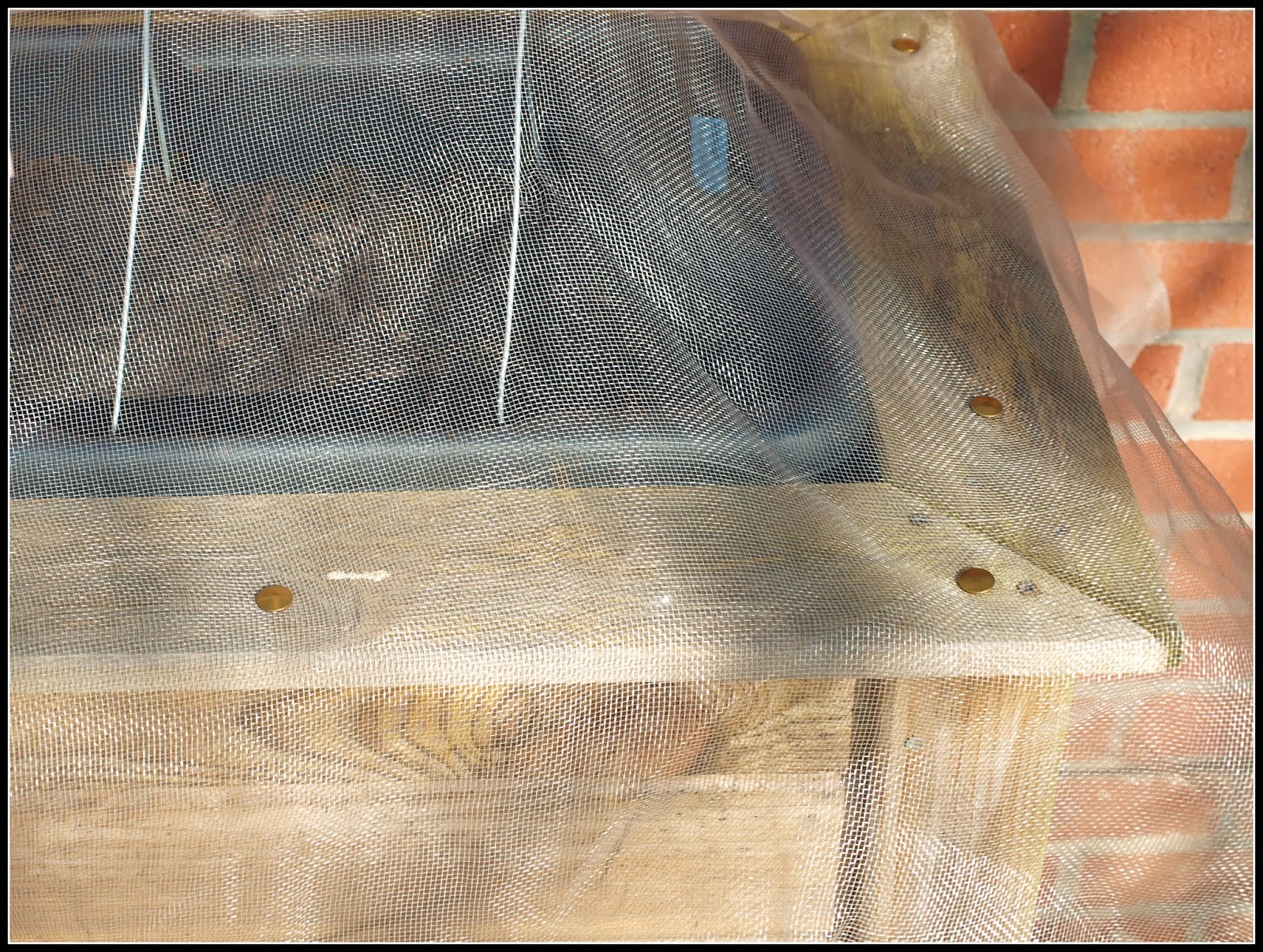 ﻿
I think I stand a better chance of getting good carrots this year than ever before!
Posted by Mark Willis at 12:00