Having had good success with outdoor cucumbers last year, this year I decided to grow them in greater quantity. Last year, the two plants that made it to maturity produced between them something like 25 - 30 fruits (I didn't count them). This year I planted-up six plants, three each of "Iznik F1" and "Melen F1"  - both so-called cocktail varieties, whose fruits only grow to about six inches in length. 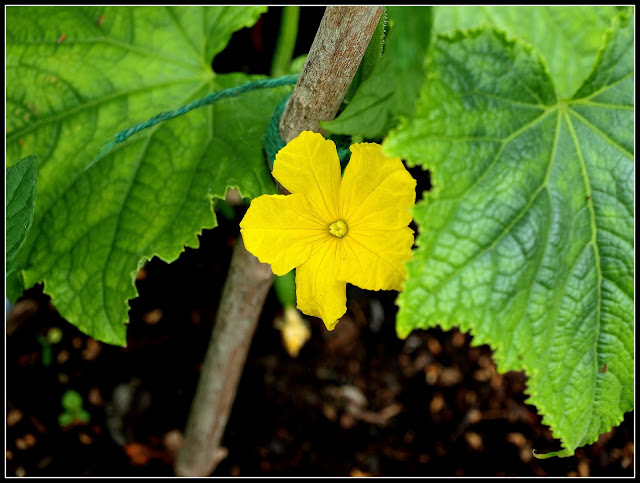 ﻿
Until recently, they looked normal, but a couple of weeks ago they began to look very unhappy. The leaves lost their gloss and became more yellow than green. I fed them and watered them and generally did everything I could think of to nurture them, but when I went off on holiday I thought I had probably seen the last of them. Well, on my return the situation was a bit mixed. Two of the plants were definitely beyond redemption: 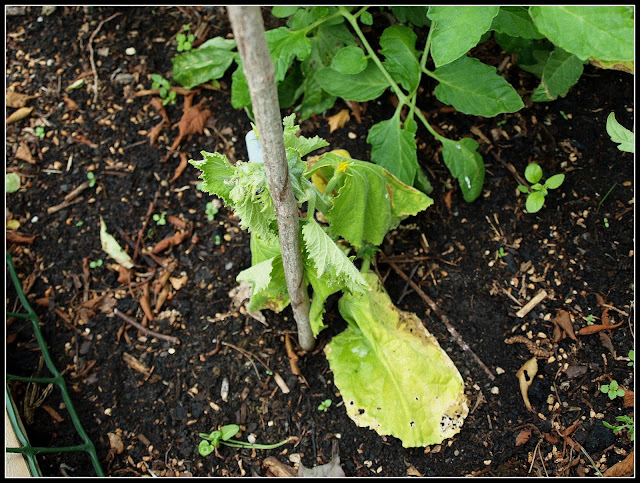 These ones I pulled up and discarded. I found that their roots had almost completely disappeared, and what was left was crawling with tiny millipedes. Was this cause or effect? Do millipedes attack the roots of a living plant and cause it to die, or do they just move in to take advantage of the decaying material associated with an already-dead plant? I don't know.

Anyway, the remaining plants look a bit better than before. This looks healthy enough:- 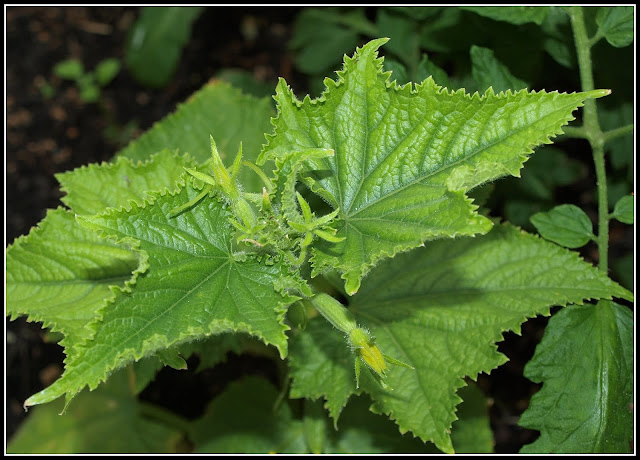 I have loosely tied the plants to their supporting poles and they are beginning to climb: 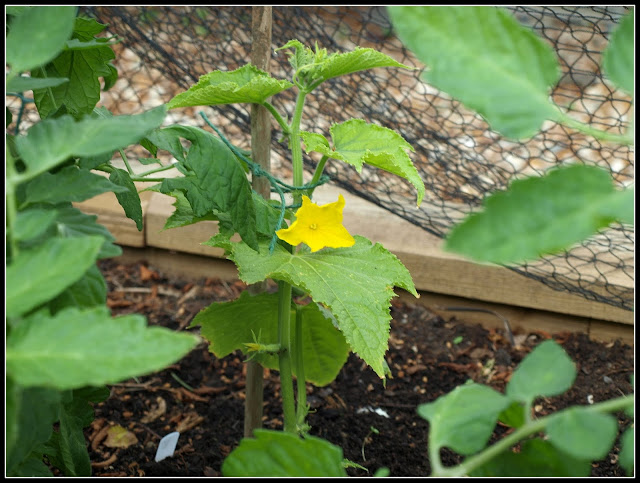 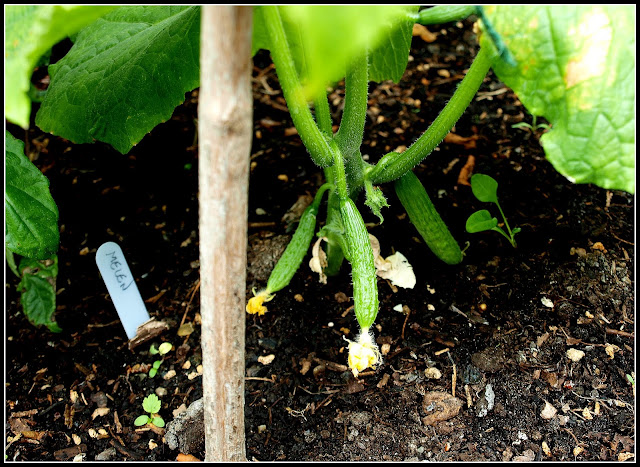 Since I took these photos I have put in place a few pieces of broken terracotta pot to keep those little cucumbers off the surface of the soil, which will hopefully make them less likely to rot. 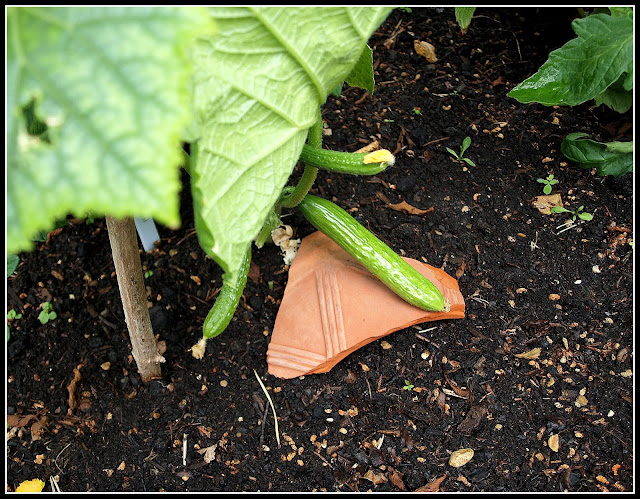 So, now I have four cucumber plants that look as if they may possibly survive. Looking on the bright side, that means I have twice as many as I had last year. That has to be a good thing, surely? On the down side, the two casualties were both from the same cluster, so now I have one group of three and one group of one! I'll have to find something to fill the empty space. Meanwhile, I have sown my last few spare seeds, hoping that it won't be too late!
Posted by Mark Willis at 16:00