This week I harvested the last of my current batch of Radishes (the "Cherry Belle" ones): 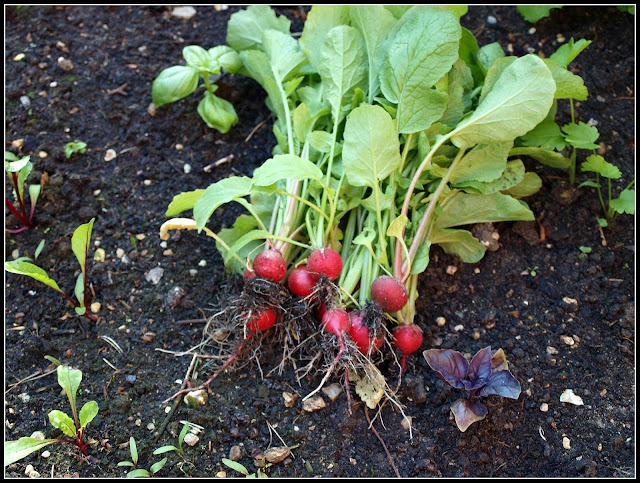 These had been growing as a catch-crop between the rows in my Roots bed. It's just as well they have finished now, because the other plants are beginning to get quite big.

At the same time as harvesting the Radishes, I pulled up the first of my Turnips: 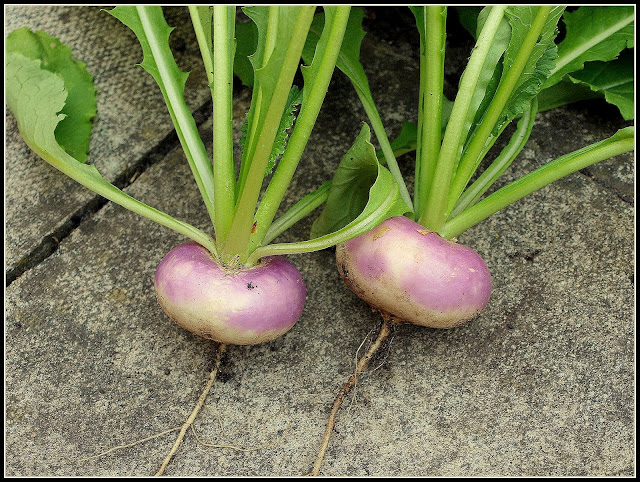 My row of Turnips is a mixture of 3 varieties, but I'm fairly sure these are "Atlantic". It is a newish variety similar to the well-established "Purple Top Milan", but it has a flatter shape.

Only two so far, but they are real beauties, and there are plenty more coming on. 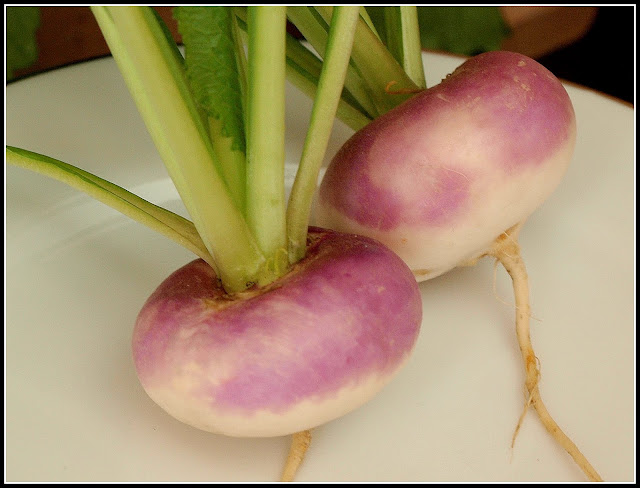 On the seed-packet they are described as being sweet-tasting, which was definitely true. They had a very strong taste too - something you seldom get with Turnips that have been out of the ground for a long time. We ate them glazed in butter, along with some young carrots, as an accompaniment to an Asparagus quiche (yes, using home-grown Asparagus).

Lots of herbs were harvested this week too. For instance, on Friday, Jane made a lovely salad with Melon, Cucumber, Tomatoes, Mint and Chives. Talking of salad, here's another batch I picked this week. We ate it with steak and jacket potatoes. 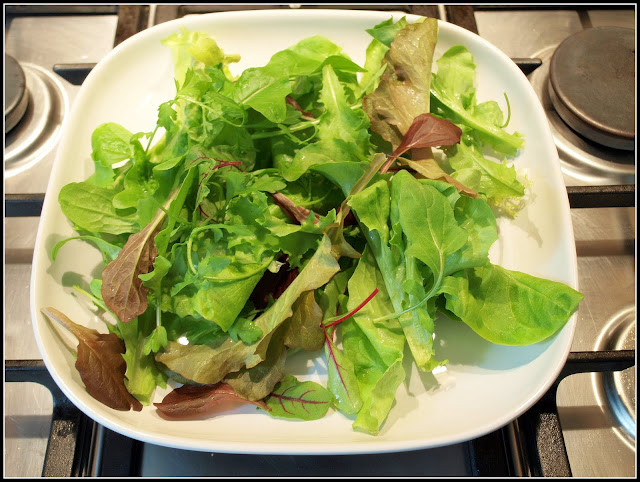 I also got another batch of Rhubarb yesterday. This is in the freezer now, awaiting the right moment to use it. 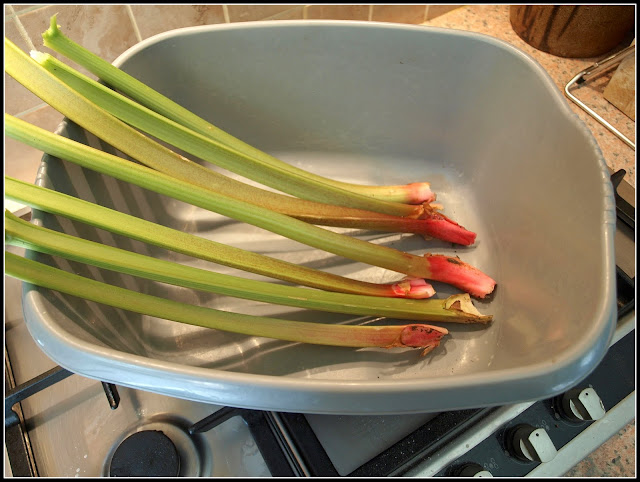 This post was originally intended to be just about Turnips, but since I have ended up writing about several other harvests as well, I think I had better enter this post to Harvest Monday, hosted as ever by Daphne over at Daphne's Dandelions.
Posted by Mark Willis at 16:00