Regular readers will know that I am very fond of growing chillis. As it happens, Jane and I don't eat vast quantities of chillis, and we don't particularly like the "Scorch the tips off your taste-buds" type of chilli. We prefer tasty chillis with a medium amout of heat. So why then, you may ask, am I growing a Scotch Bonnet chilli? Scotch Bonnet is VERY hot, verging on the volcanic. 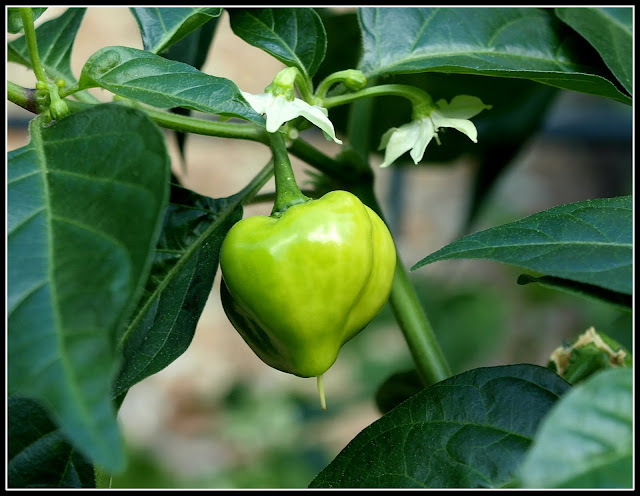 Well the answer is - I felt sorry for it! Last Autumn I saw this rather gangly little plant being sold off in an End-of-Season sale at my local Garden Centre for a mere 50p, and bought it. 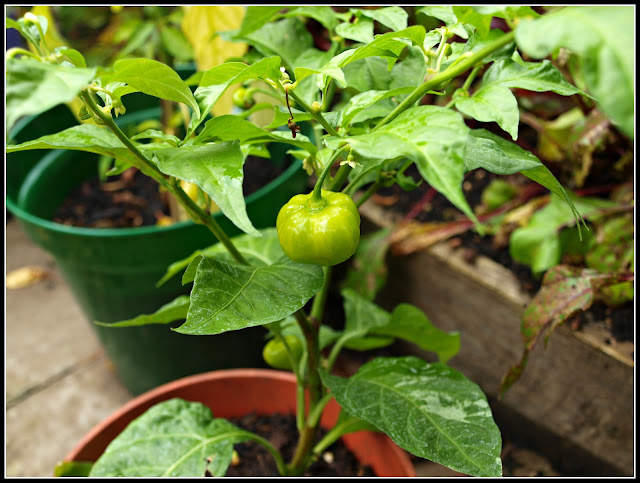 At the time when I bought it, it had precious few leaves, but it did have three green fruits, which subsequently ripened to a beautiful bright red colour. The fruits were used in a batch of chilli oil I made as a gift for my brother-in-law, and Wow, were they hot! I would have considered my 50p well spent if that had been the end of the tale, but since then I have nurtured the plant, feeding it every so often with Baby Bio plant food, and it has grown to be enormous. A couple of days ago I took it outside in the garden for some fresh air and sunshine. Just look how big it is now! 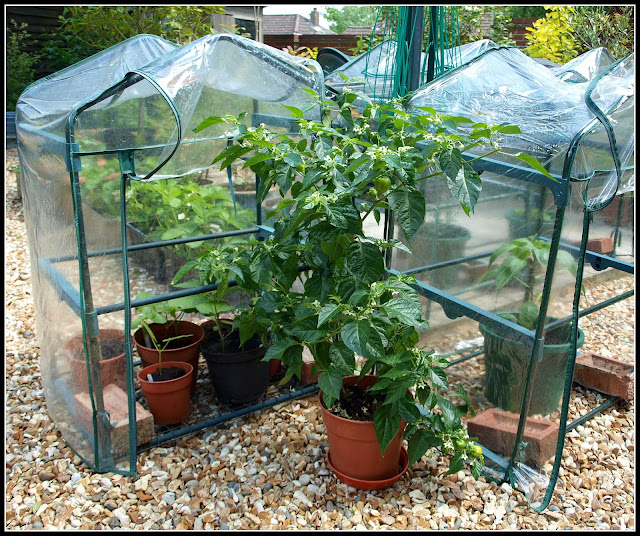 This plant has produced a VAST number of flowers - literally thousands, I would think. Fortunately (or unfortunately, depending on how you view this), most of the flowers have fallen without setting fruit, but even so several fruits have set: 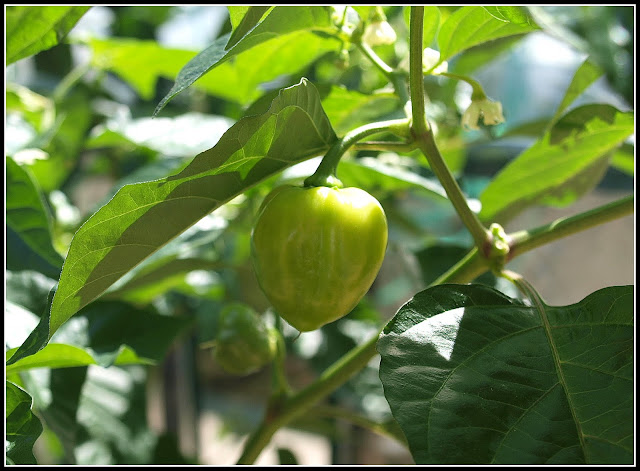 Curiously, the fruits seem to be in little clusters rather than evenly distributed around the plant: 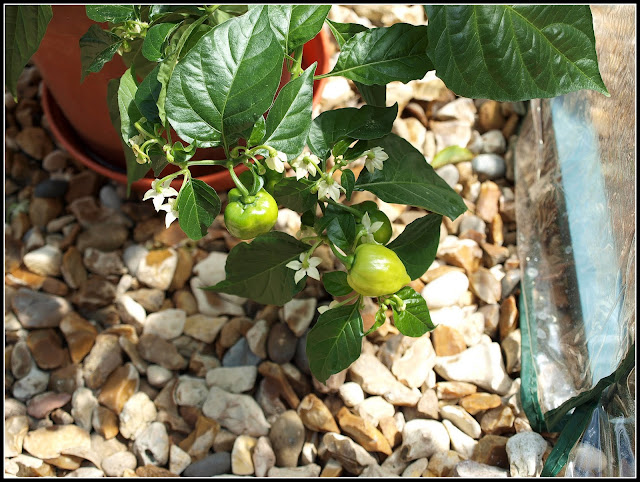 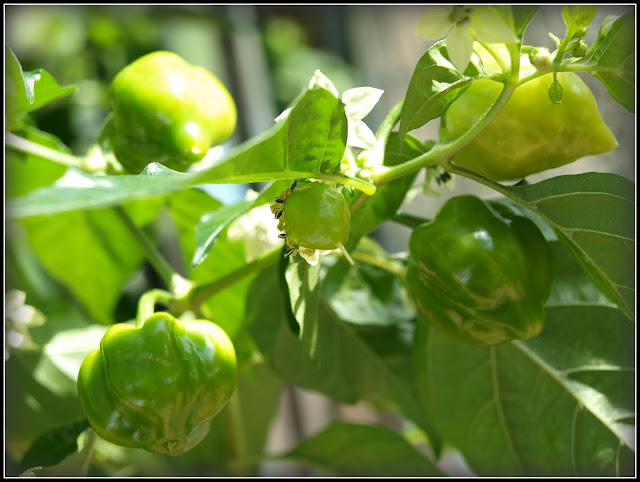 These fruits are a long way from being ripe, but just think how many Scoville Heat Units they are eventually going to clock up between them!

Jane said to me "Why are you growing chillis that are going to be far too hot for us to eat?", and my reply was that it's because I like the look of Scotch Bonnets, even if I don't like the taste/feel. They are very handsome and photogenic. Here is a photo of the first one to ripen this year. In a few weeks time my plant will hopefully be covered in these: 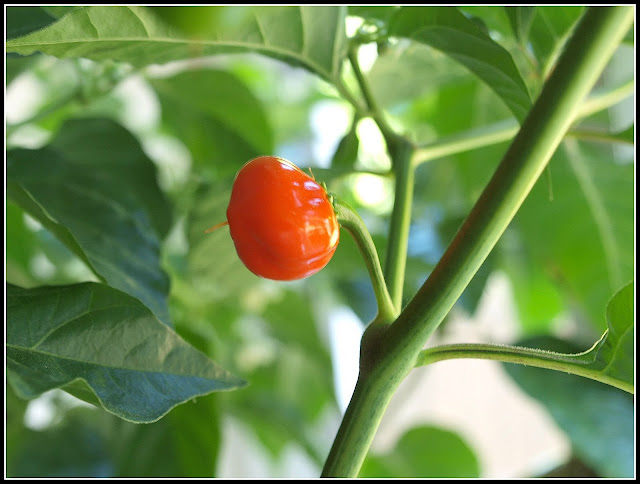 In order to photograph that little red one, I had to push past this much bigger green one: 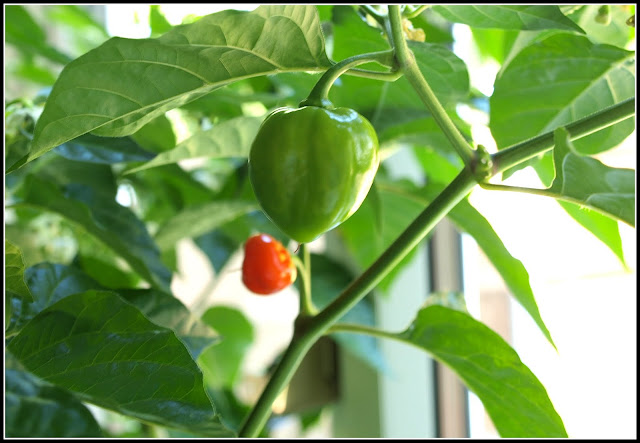