Well, here's a surprise. The "Rudolph" Purple Sprouting Broccoli has suddenly produced a flower. I'm sure there was no sign of it this time last week! 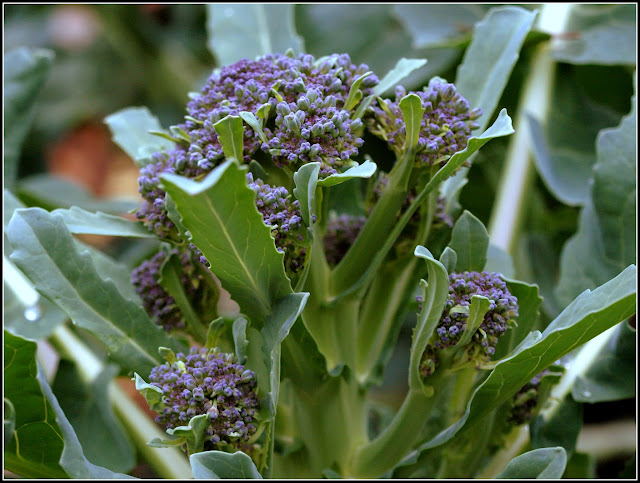 Don't get too excited though, it's only small at present. 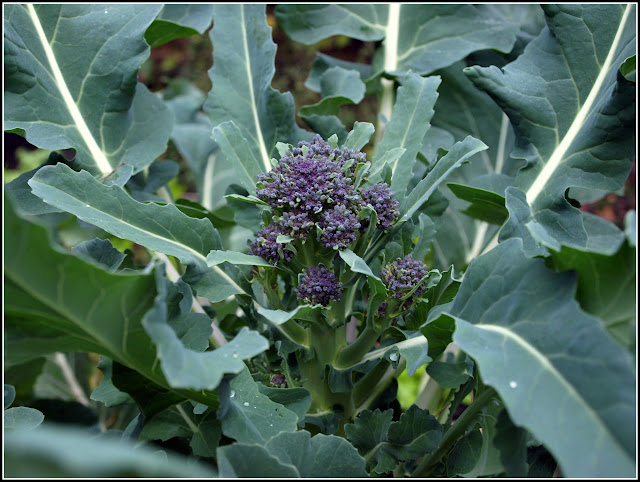 My other two varieties have no flowers just yet. This one is "Early Purple Sprouting". 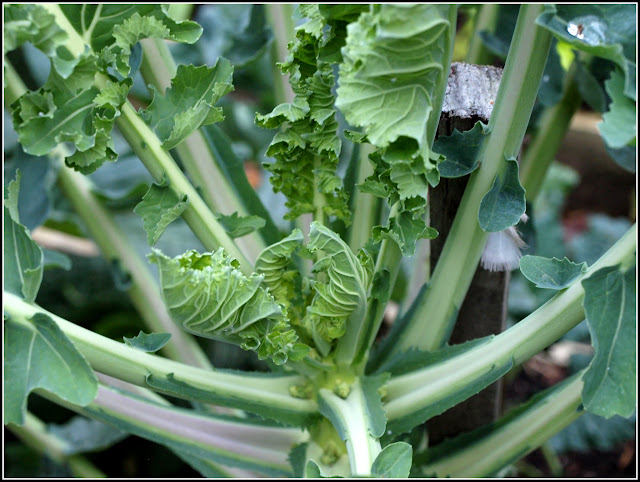 And this one is "Red Spear". 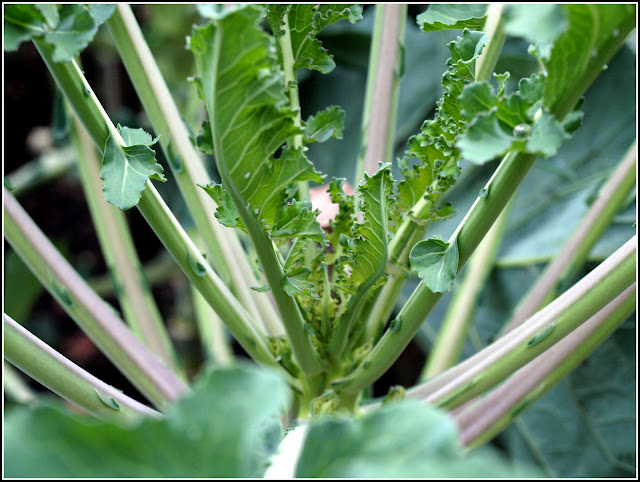 The side-shoots of "Red Spear" are growing quickly though: 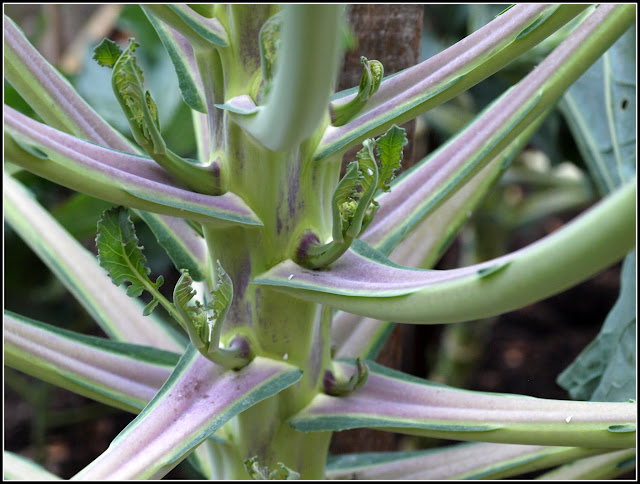 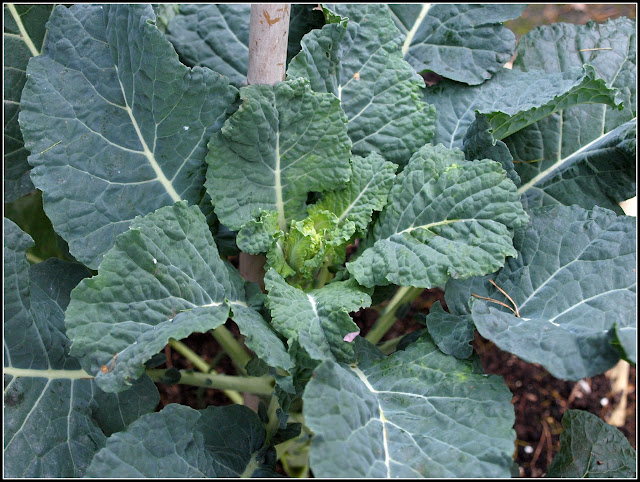 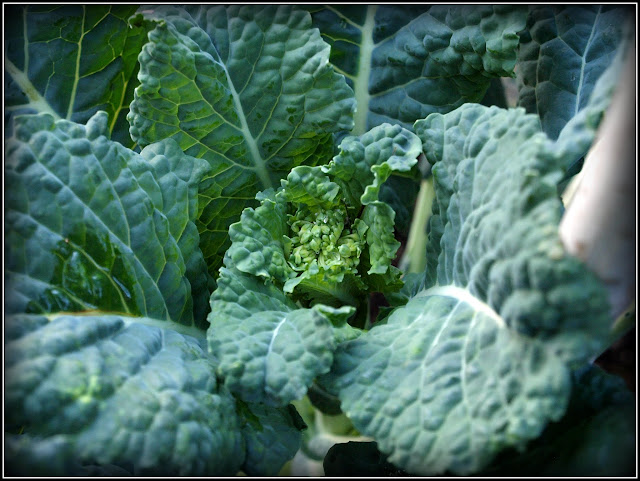 Actually, that looks suspiciously like bolting. Let's hope it isn't.

Meanwhile, in the bed next door, the Asparagus fern has now turned mostly yellow, and I will therefore soon be cutting it down. I still haven't decided what to do about trying to transplant some of it or replace it. 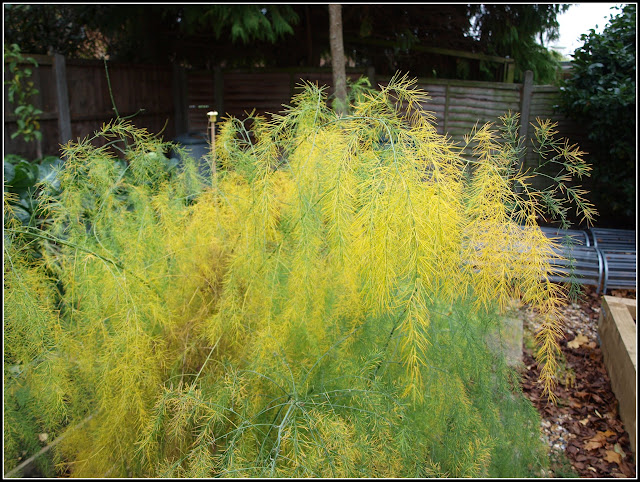 I think I might hedge my bets and transplant the best of the plants and replace the others with new stock when I build my next lot of raised beds in the Late Winter / Early Spring.

Elsewhere, I think I have some Strawberry plants somewhere... 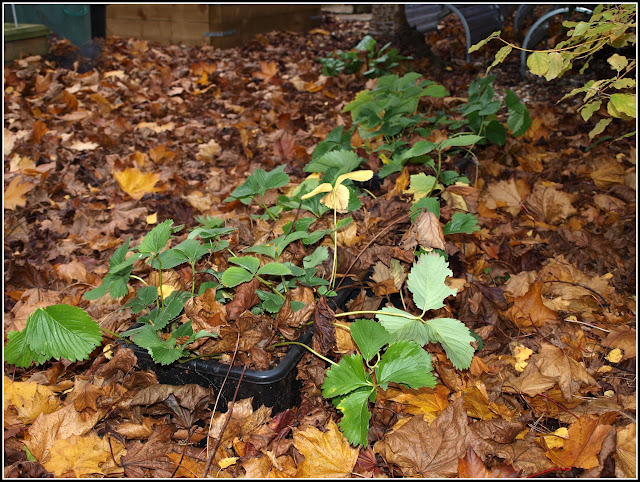 I have been planning to pot-up a few runners, but I seem to have managed to put it off somehow. It's not a big job, but I have just not got round to it. Maybe this weekend...?

I still have some nice Endives in the garden, and we are eating them quite frequently, along with the last few lettuces. 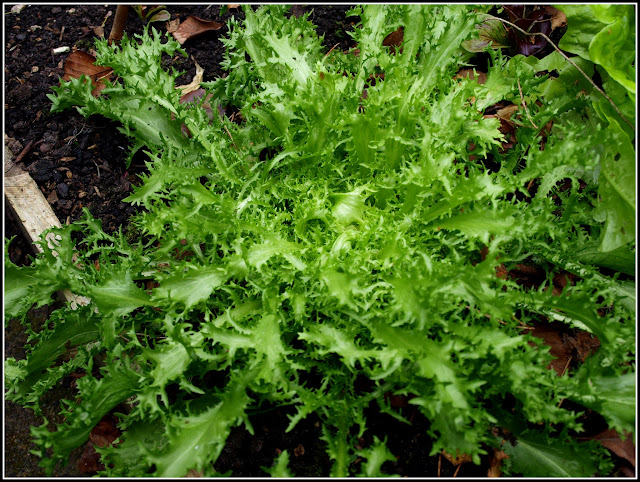 I'm planning to harvest the first of my Leeks (and possibly Parsnips) within the next few days, so hopefully I'll be able to write about them soon. (Don't build your hopes up, I'm expecting both to be pretty poor). We still haven't had any frost, and I keep saying to myself that I won't lift any Parsnips until we have.

The Brussels Sprouts are pretty much ready. If we didn't already have some shop-bought ones in the fridge, I'd be picking some today! 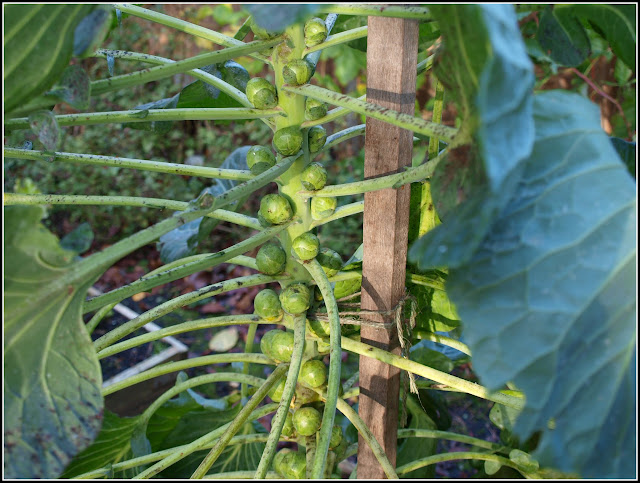 The outer surfaces of the sprouts are a bit discoloured with the sooty mould, but I'm confident that once the first one or two leaves have been removed they will be fine. 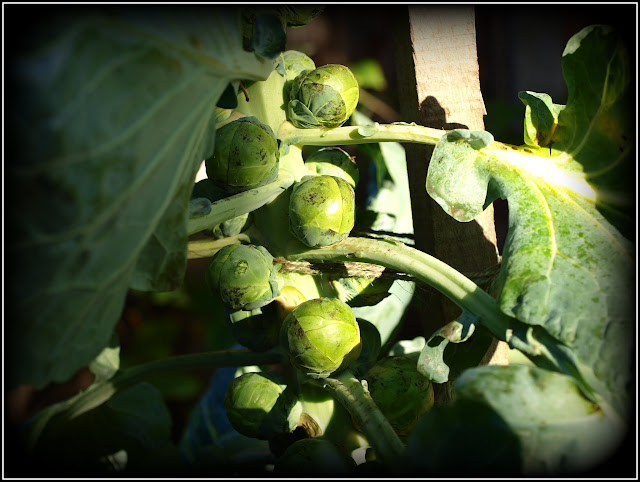 This weekend we have more typical Autumn weather - heavy rain and strong winds over most of the country - so it seems there may not be much gardening going on....
Posted by Mark Willis at 12:00