This week I harvested the first of my Brussels Sprouts. It wasn't a big batch of course; it never is in my garden, but enough for a 2-person serving. This batch was 270g when prepared for cooking. 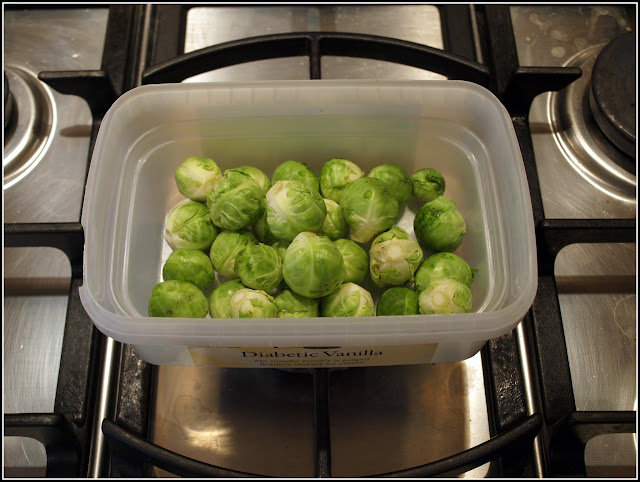 This year I have one plant each of four different varieties of Brussels Sprout. These ones are from the "Brilliant" plant.  I have grown this variety a couple of times before, and it is always the earliest to mature. 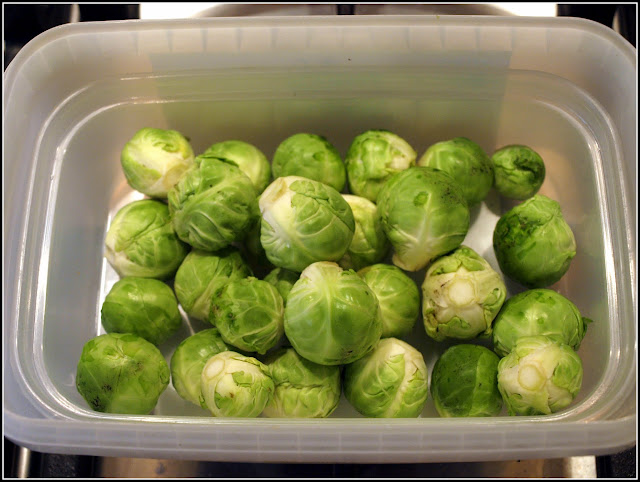 My plants have (as usual) suffered a lot from an infestation of Whitefly, whose secretions promote the grown of the unsightly and debilitating Sooty Mould. Because of this I had to remove several leaves from each sprout, but the end result seems OK, if perhaps smaller than I had hoped. Last week we bought some Brussels Sprouts from a supermarket and they were absolutely perfect - not the tiniest blemish. How do they do that? I presume that loads of chemicals are involved...

I harvested more Carrots - but you guessed that already... 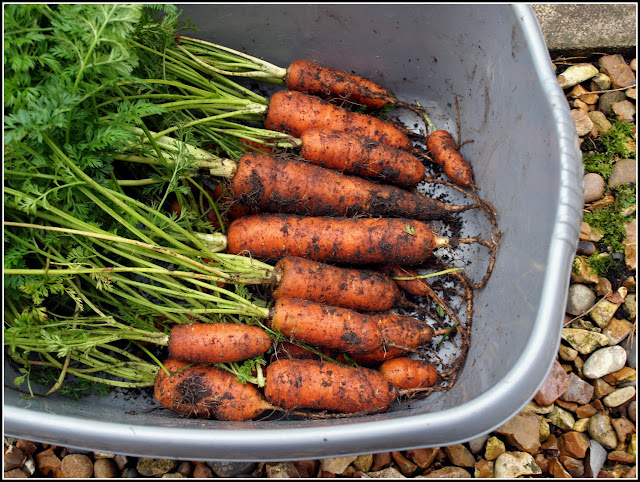 These ones are a mixture of "Early Nantes" and "Autumn King". The big ones are of the latter type. 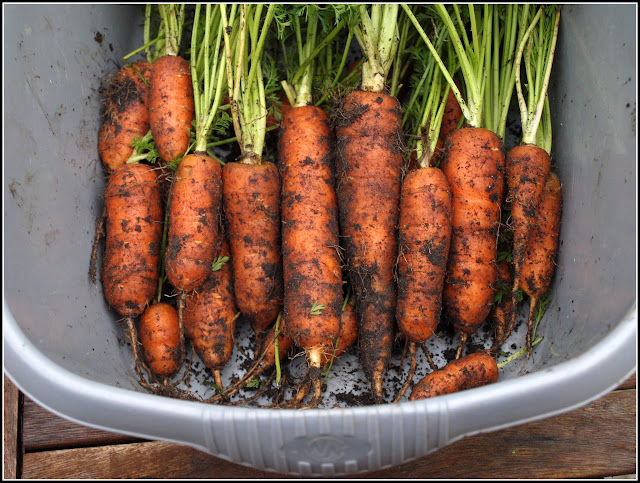 There were a few slug-eaten ones and a few split ones, but still a decent quantity left for the kitchen. 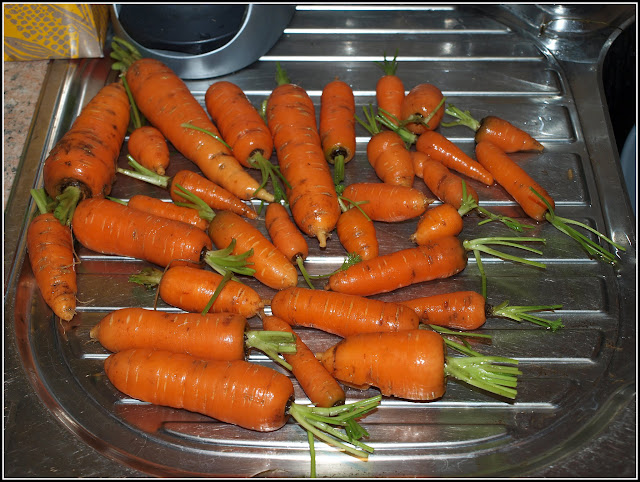 They wouldn't win any prizes for good looks or uniformity, but once peeled they will be fine, and I know that they will be very tasty.

I cut another of the little "Mila" Savoy Cabbages. The outer leaves were a bit ragged - slug-eaten - but the heart was good and untouched by the molluscs. 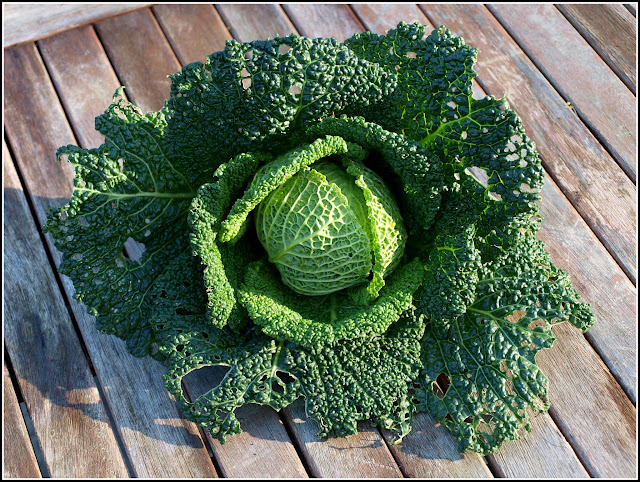 "Small but perfectly formed", as they say. 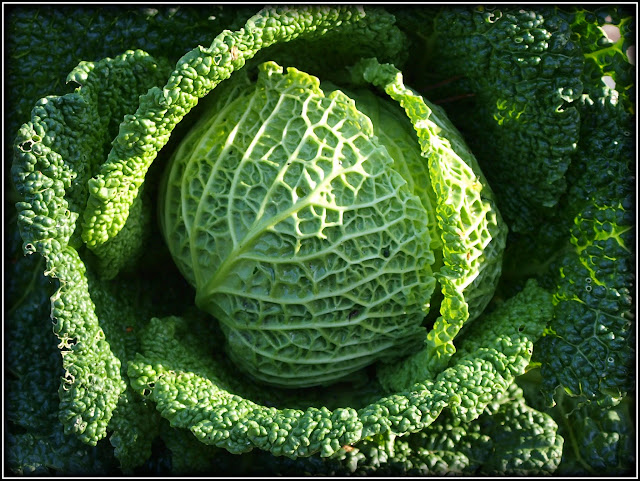 I have picked a few more of the Rocoto chillis this week. They look just like plum tomatoes. In terms of texture and heat they are more like a pepper than a chilli - thick, firm flesh and a very modest heat level. Here's a late addition to the post I drafted yesterday... I picked another batch of Brussels Sprouts. These ones are "Napoleon", about 200g. 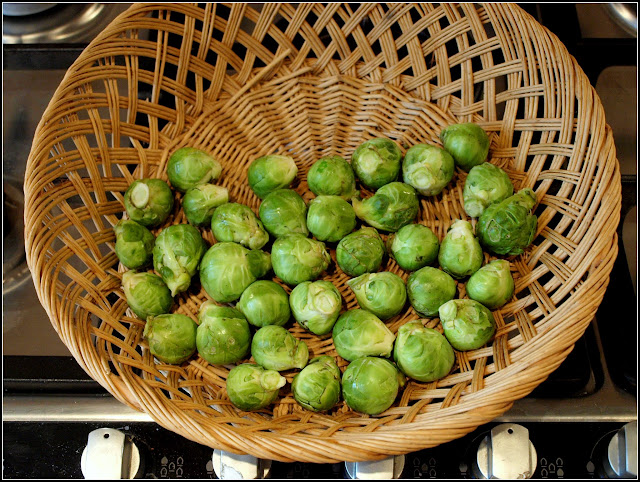 That's my harvest for the week. Please drop by at Our Happy Acres and see what other people have contributed to Harvest Monday this week.