This week saw me pulling up the first of this year's Leeks. 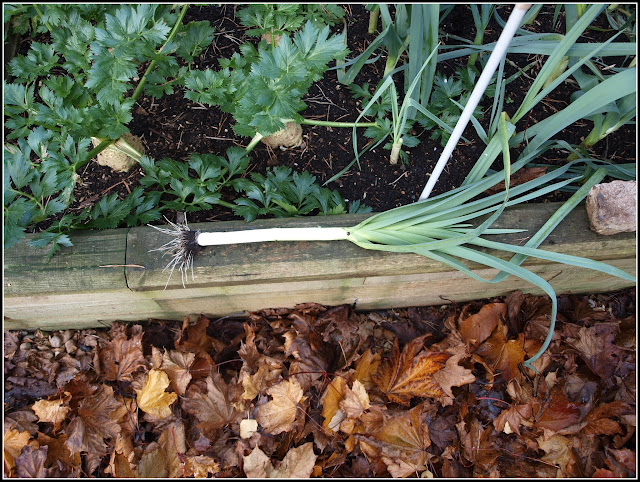 I must say I am disappointed with my Leeks this year. The ones I grew last year were huge and very strongly flavoured. This year's ones (of 3 different varieties) are all small and very unimpressive.

Jane wanted a Leek to go into a soup she was making, so I pulled up this one, which was the biggest of the bunch. Apart from being small, it's a nice Leek. It is reasonably straight, and has a good proportion of white stem. This is the benefit of the deep planting method I used. 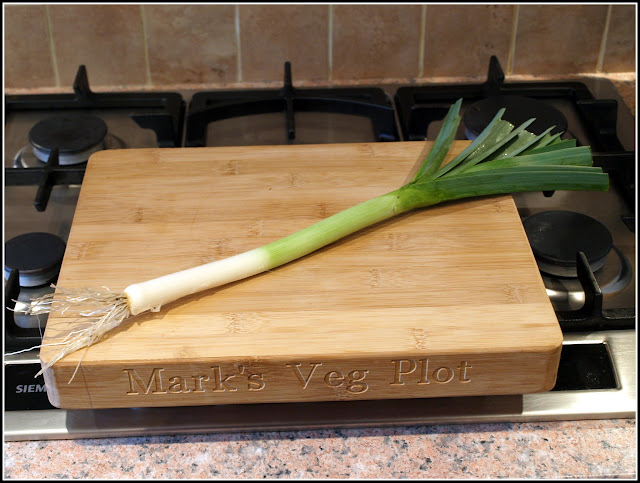 I have about three dozen Leeks, but the total yield from them is going to be puny, because they are all smaller than the one pictured above, despite having been in the ground for months and months. Maybe they will get a little bigger, but it doesn't look likely at present.

Just recently we have taken to using Leaf Celery to flavour chicken stock, which we make whenever there is a carcass available. If we have no immediate plans to use the stock it goes into the freezer for a later date. This is my little patch of Leaf Celery: 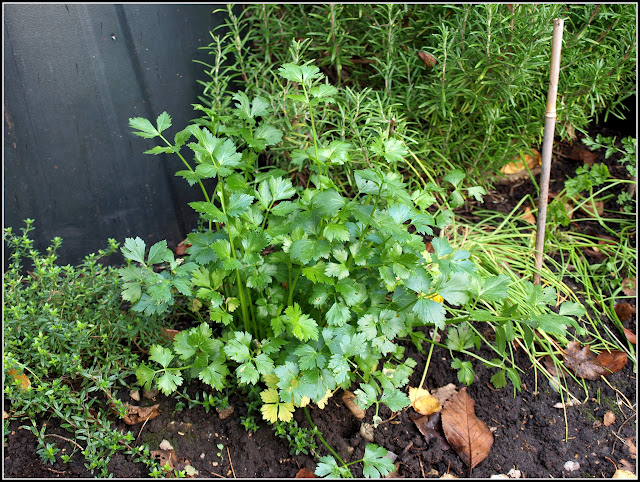 Only one or two stems are required each time, because it has a very powerful flavour. 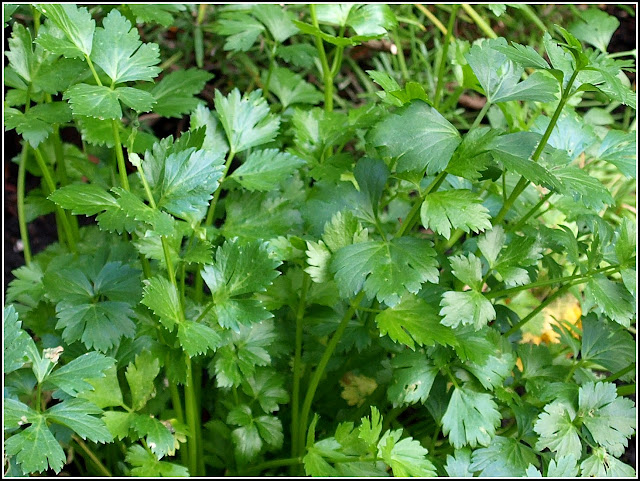 Quite apart from the flavour it provides, Leaf Celery imparts a certain savouriness to a dish - the Umami effect. If you haven't tried it, I strongly recommend that you do. The plant grows easily enough from seed, and doesn't appear to be fussy about where it lives, though in common with its bigger cousin the true Celery, it likes plenty of water. It is a biennial, so grow it as you would Parsley. It is quite hardy too - mine survived last Winter outdoors unprotected. I think I will probably cover my current little patch of it with a cloche though, when the weather turns really cold.

This week I made another batch of chilli and tomato sauce, using as assortment of the chillis I have been ripening indoors, including four of the huge Rocotos. They actually look like tomatoes. 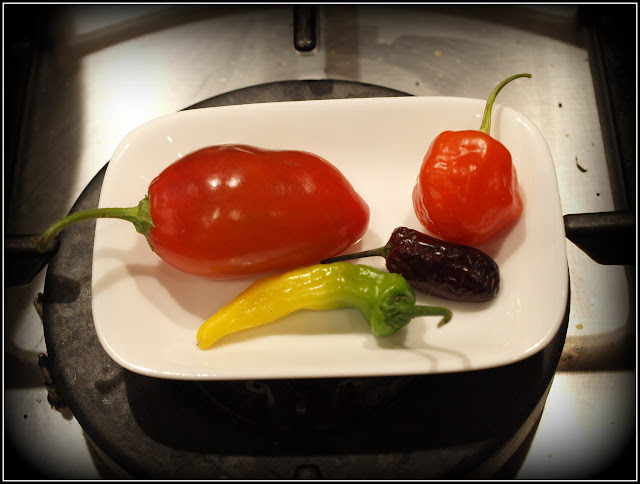 I had to buy tomatoes this time of course. I just got some cheap ones from the supermarket. They were really only required to give the sauce some bulk. It's the chillis that provide the taste. 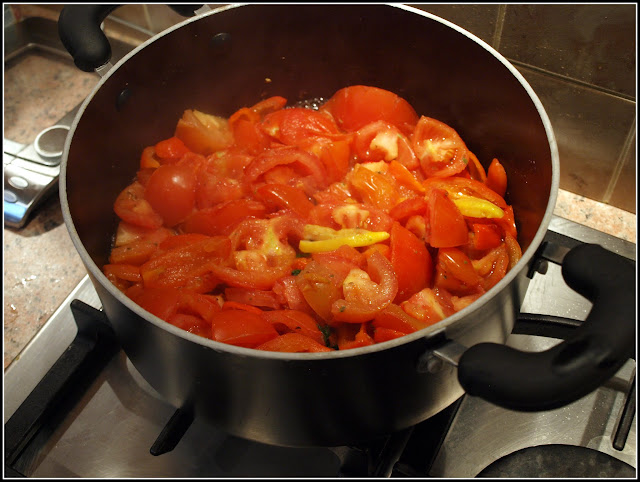 Wow, the sauce is HOT! 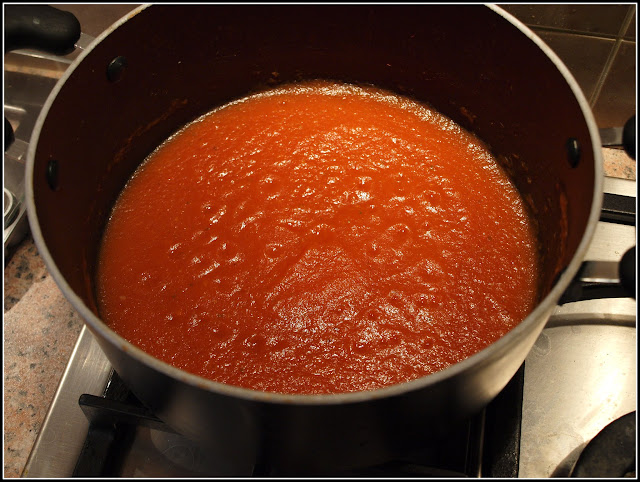 I'm still harvesting Carrots. The amount of Carrots that have come out of that one raised bed is unbelievable! 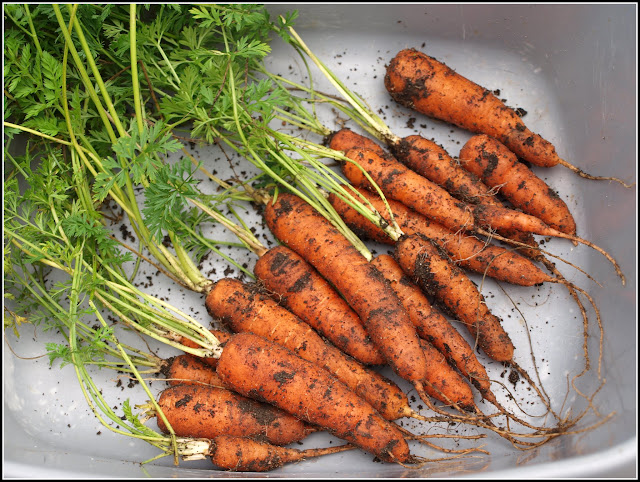 These ones are the last of "Kelly", which has been the best of my 3 varieties. Of course we are still eating Lettuce and Endive several times a week, but this is such a common occurrence that the produce seldom gets photographed. Here's a representative bowl of salad... 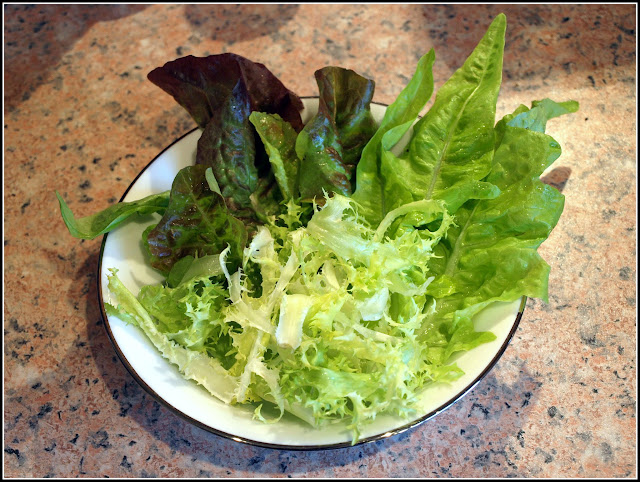 This is my entry for Harvest Monday, hosted by Dave at Our Happy Acres. Why not drop by and see what others have harvested this week?
Posted by Mark Willis at 12:00