This past week I was away from home for 3 days on a business trip. I stayed in a hotel which was very poor in many ways (It was booked for me by my employer, I hasten to add). Shortly after getting home on Wednesday evening I began to feel very unwell, and by the next morning it was all too obvious that I had a bad dose of food-poisoning. I cannot prove this, but it seems likely that I have been a victim of poor food hygiene in the hotel. For 24 hours I had the full-works D-and-V and felt really awful. Unsurprisingly, I have been unenthusiastic about everything, even blogging! However, I am more-or-less recovered again now.

One of my first jobs has been to go round and check how my chillis are faring. Since most of them are indoors or in the garage now, many of their fruits are continuing to ripen, despite the lateness of the season - like this rather impressive Rocoto: 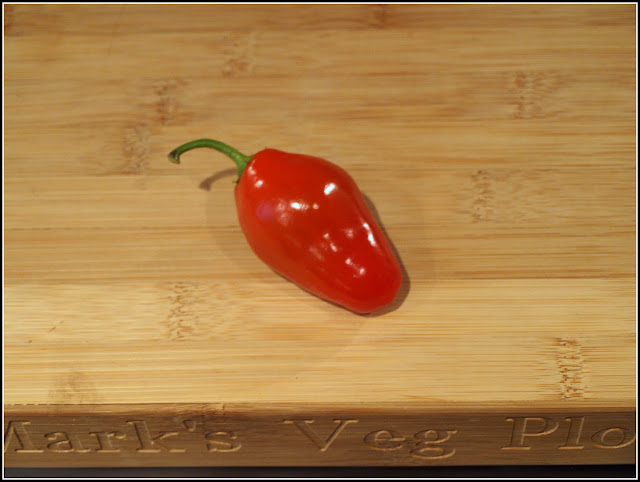 It is an "Alberto's Locoto". (A type of Rocoto chilli), grown from seeds given to me by Terry Wells, a fellow member of the UK Veg Gardeners forum. (Thanks, Terry!). To give you a better impression of the size of this fruit, here it is next to a hen's egg: 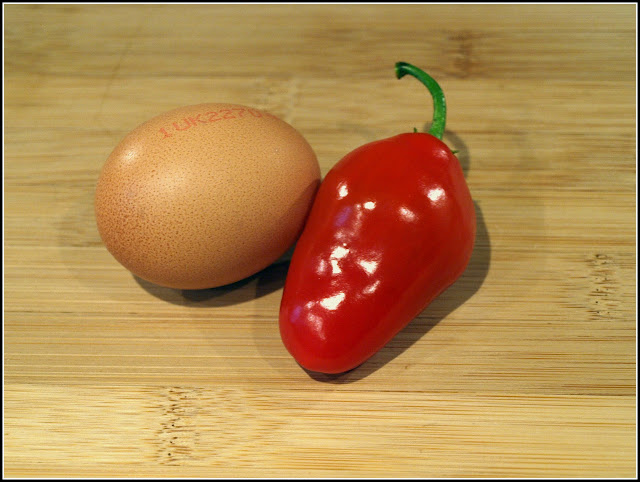 My Rocoto plant is currently residing in the garage (which fortunately has a window, so is not totally dark), and many of its other fruits are showing signs of ripening too, which is great because earlier in the year I thought I was unlikely to get any fruit at all from it, let alone any ripe ones. It was very late setting fruit.

This smaller chilli plant is also doing well, occupying part of the windowsill in our Guest bedroom: 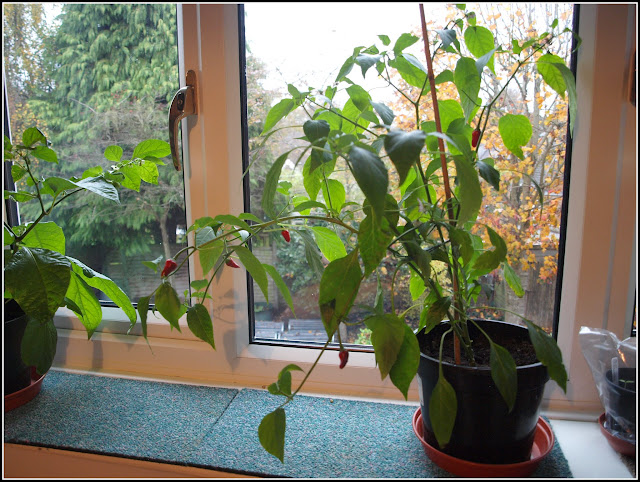 It is a plant which popped up in my Asparagus bed, presumably growing from a seed which got deposited there in my home-made compost. I have no idea what variety it is, and in fact I think it may be unique - a chance hybrid from some of the other varieties I have grown. Some people have said the fruit looks like "Apache", but that the flower definitely doesn't. (And I have never grown Apache). 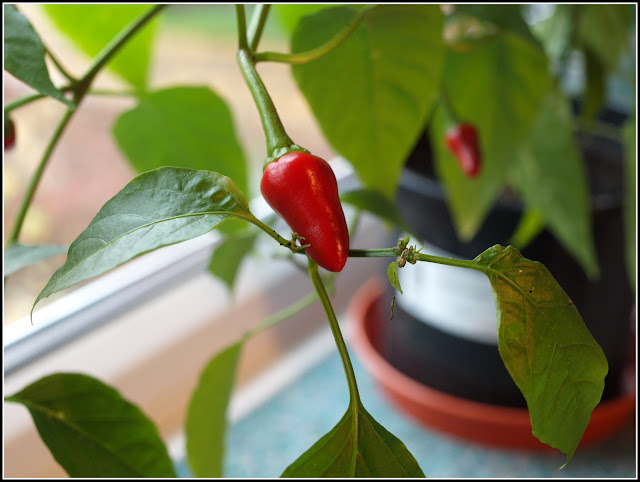 The flowers are very pretty- mostly white, but with a purple edge to the petals, and purple anthers. 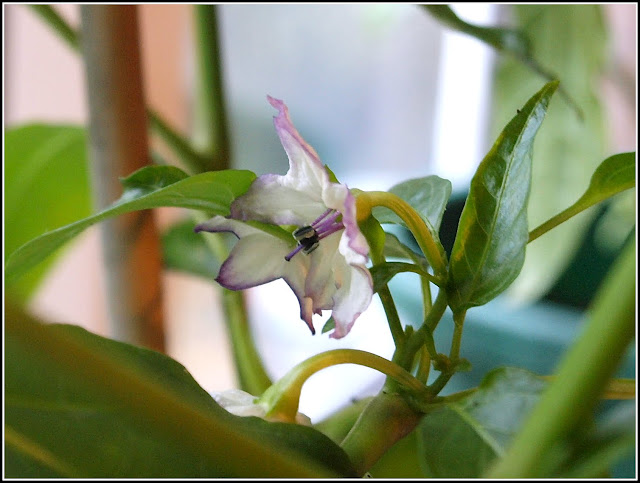 I shall be saving seeds from this one to see if I can grow it again (deliberately this time) next year.

This is one of my unidentified Turkish varieties. I just call it "Turkey, small, red": 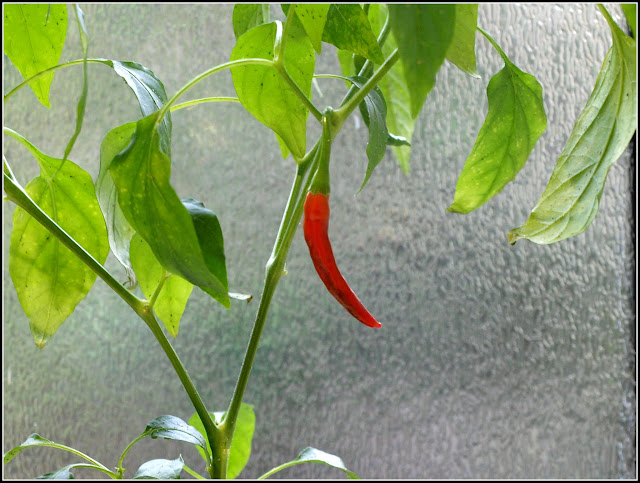 This plant was also grown from a volunteer, potted-up very late in the season as a desperate measure, at the time when my indoor-sown plants were under such severe aphid attack that I thought most of them would succumb. This type of chilli is very useful for us in the kitchen, so I will be saving seeds from this one too!

I have stripped all the fruits off the Brazilian Starfish, which is too tall to bring indoors, even though most of them are still green. The weather has turned wet and windy (though still not very cold), so I reckoned it was best to ripen these fruits indoors. Here you see them with the odd one or two of several other different types. 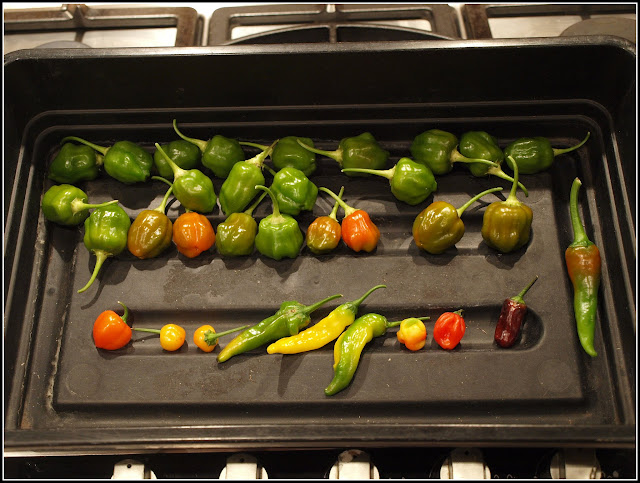 There is not much going on in my garden at present - apart from a deepening layer of soggy fallen leaves - so I probably won't be writing much about growing stuff for a while. Maybe at the weekend I'll feel well enough to cook something and write about that...?
Posted by Mark Willis at 18:30