Whilst raking leaves off the shingle the other day, a little flash of green amongst the yellows and browns caught my eye. Closer inspection revealed that it was a Cyclamen leaf: 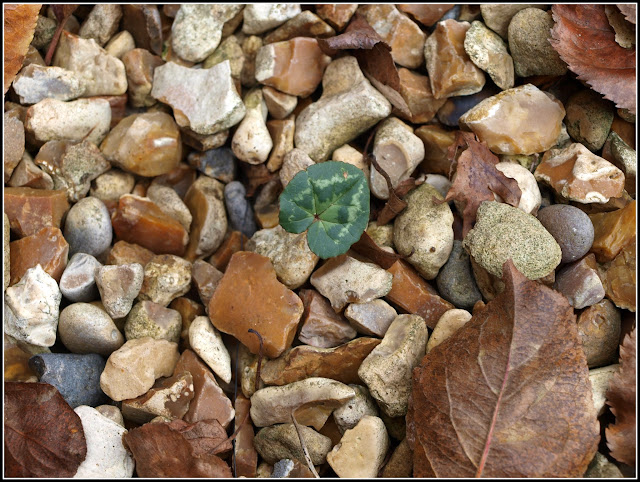 Never one to miss an opportunity, I decided I would adopt it. After all, Cyclamens are beautiful plants... I carefully scraped aside the shingle until the plant's corm (like a bulb) was visible. 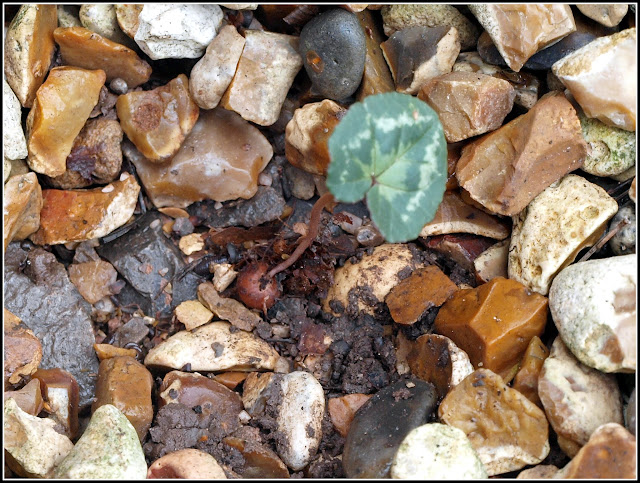 Using a dibber I gently removed the plant. In fact I also found another one nearby, so I had two. One of the tiny plants had a second leaf forming. 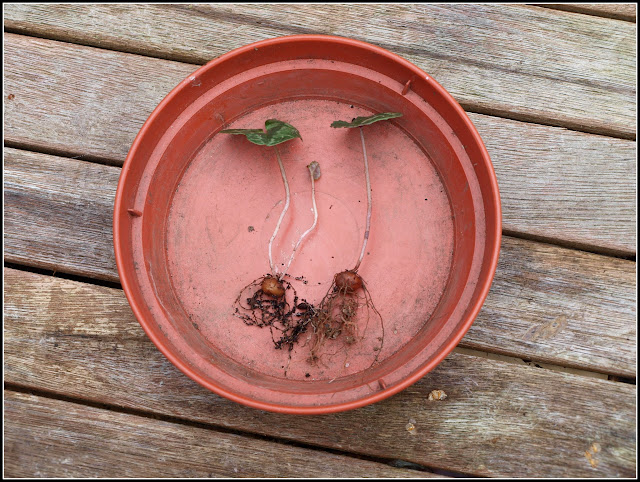 For such tiny plants they had very well-developed root systems. 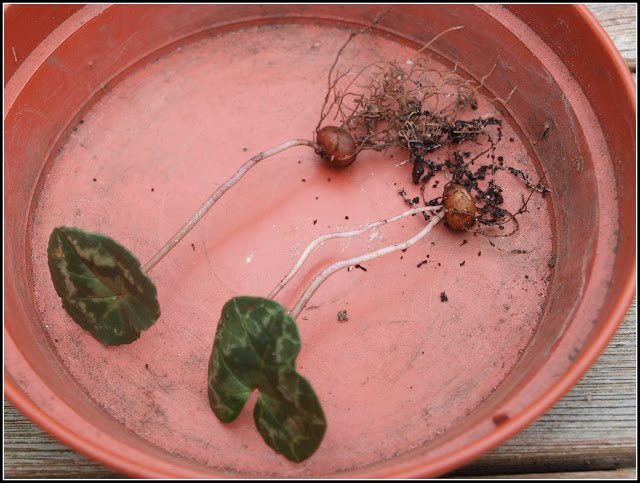 I potted-up both corms in one 4-inch pot - "for company"! I'll put them into separate pots later on, if they survive and grow bigger. I used a potting medium that was 50% general-purpose compost and 50% gravel, mimicking the conditions in which I had found the plants. 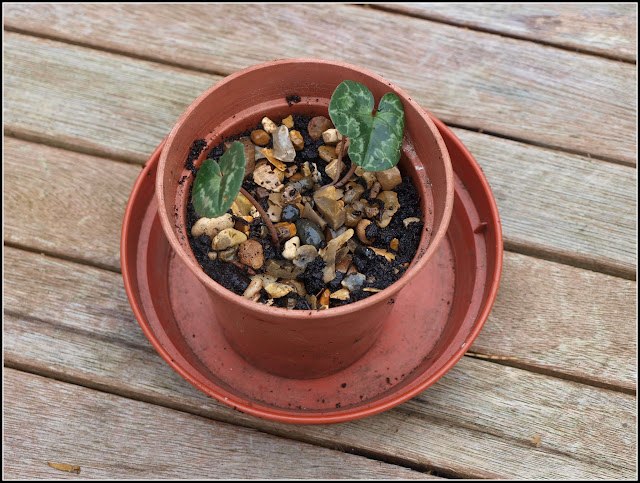 Right, now I have to go and do a bit of research about Cyclamens. A good place to start will be the blog of my friend Sue - "Our Plot at Green Lane Allotments", because I know she is expert on such things... 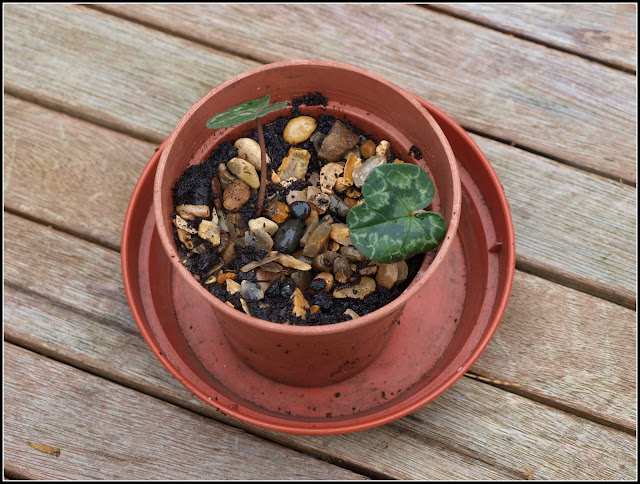