Every cloud has a silver lining

On Tuesday evening we experienced our first real Autumn gale, an "ex-hurricane" dubbed Barney, which swept across the UK from the South West, bringing strong winds and heavy rain to most parts of the country. Here in Fleet we got off pretty lightly. It was certainly lively, but not enough to be damaging. I had been expecting (hoping??) that on Wednesday morning the trains to London where I have been working this week might be suspended, but no such luck!

In fact, the storm has done me a great favour - it has swept up the fallen leaves for me. Out at the front of the house everything had been covered in leaves from the Crab Apple tree, but those have all completely disappeared. I feel a bit guilty because they are presumably in someone else's garden now.
In the back of our property, the patio looks neater than it has done for a long time: 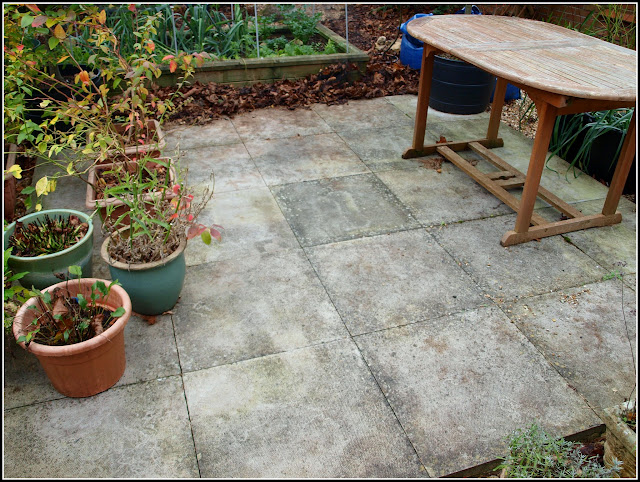 You can see that all the leaves are now piled up against the raised bed at the far end, where they will be much easier to collect. Likewise, here the wind has made a nice pile of leaves between my carrot bed (covered in Enviromesh still) and the little greenhouses parked against the wall of the house. 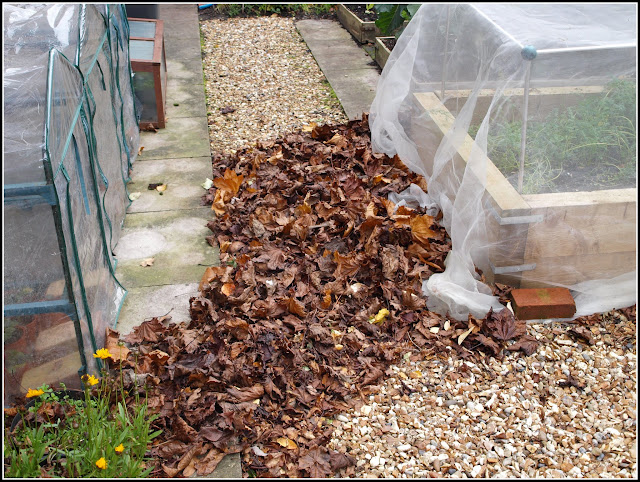 You might just be able to see that the mini greenhouses are weighted down with lines of bricks. I must have used enough of them, because none of the greenhouses were blown away.

The only damage in the garden was a few leaves snapped off the PSB, and a bit of the Asparagus blown over, though this can't really be counted as damage because I was going to cut it down soon anyway. 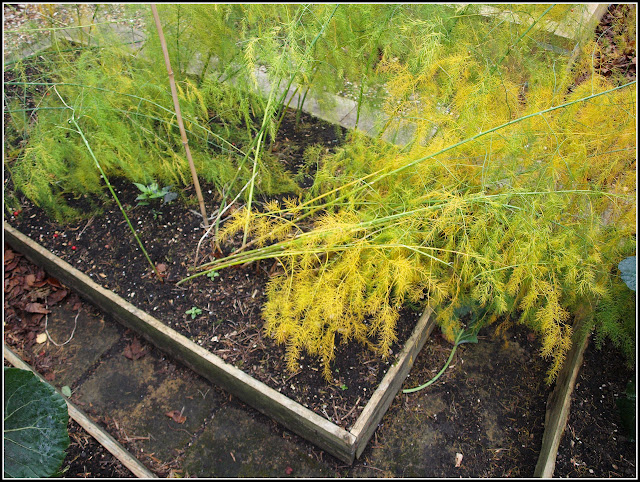 As long as I can muster the energy (my Fibromyalgia has been bad this week) I plan to get the leaf-sucker/blower machine into action again at the weekend. I will probably have to bag the leaves because my compost bins are full already. I do have a bin specifically dedicated to making leaf-mould, but since the leaves decay only very slowly it fills up more rapidly than I would wish.
Posted by Mark Willis at 12:00