On Thursday, having been unable to harvest anything for the preceding four days (I was working in London again) I was able to bring in a lot of lovely things, so this is the Good News: 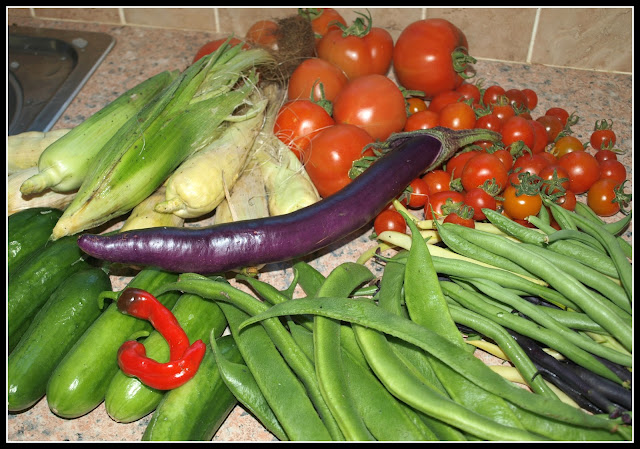 In amongst this lot there were some nice things, clearly, but also some things that were, shall we say, "sub-optimal". Whilst most of the Runner Beans were worthy specimens, I want also to show you these: 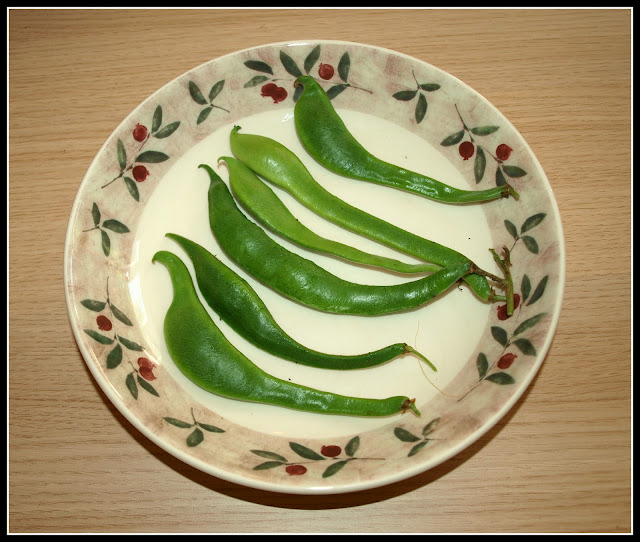 No matter how hard you try, you will inevitably end up with a few beans that don't develop properly. They produce one, or possibly two, beans at the end of a scrawny pod that has scarcely any flesh at all. Unattractive as they may seem, you really do need to pick these pods, because if you don't the plants will concentrate on bringing those seeds to maturity and will not produce any more pods for you to eat.

I have already admitted that many of my tomato plants have been struck with blight. For this reason I have picked many of their fruits well before they are really ripe - like these "Incas" plum-style tomatoes: 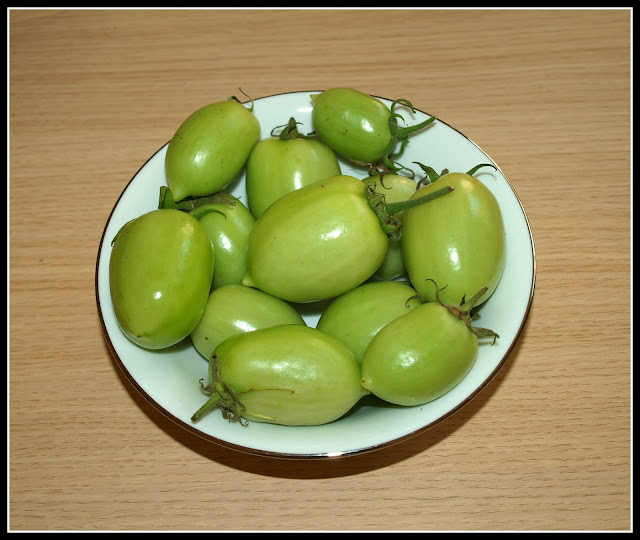 I have them ripening on the Dining-Room table now, surrounded by other, riper, specimens in the hope that they will take the hint and adopt a nice red hue. Thanks for all your suggestions for cooking with green tomatoes by the way - much appreciated. I especially like the sound of the Southern Fried ones!

Here we have "Incas" at left, "San Marzano" in the middle, and "Speckled Roman" at the right. These are all Plum types, but aren't they very different? The 'navel' of the Speckled Roman is particularly distinctive. 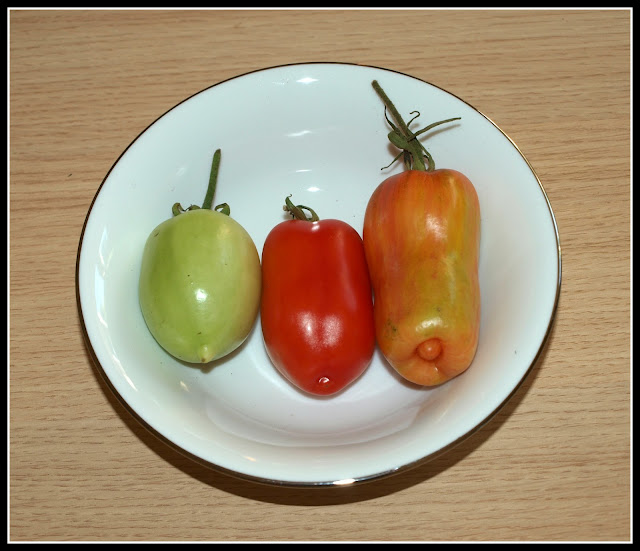 ﻿
In my first photo you saw a pile of Sweet Corn cobs (carefully arranged so that the half-decent ones were on top!). Unfortunately the corn has been a complete flop. I was so disgusted with it that I didn't even take any photos - and that says a lot about the situation. Shall we just say that from 11 cobs we got enough kernels to make a two-person serving? Yes, eleven cobs! The 12th one was so pathetic that I composted it last week when I was checking so see if any of them were ready to eat. The problem was that at the time when the silks were ready for pollination the weather was totally atrocious, and pollination just didn't happen. I may try again next year, but then again maybe I won't...

I have always striven to be honest about my gardening successes and failures, and this post seems to have been strongly biased towards the latter, so to offset the balance I'll finish with this: